The Radeon R9 380X has been launched, with a lower price than the predicted HWzone

The Radeon R9 380X was launched, with a lower price than expected

New model AMD Does not smash the competition, but nevertheless offers a good alternative that will turn even better when the price falls below the recommended cost

According to the estimates - AMD have launched a new video card, which may be the penultimate model of the contemporary Pirate Islands generation, ahead of the mysterious dual-core model that was introduced somewhere in July. The new model is of course The Radeon R9 380X, Designed to be a prominent representative of the popular middle market, and does so based on a complete Tonga core with 2,048 processing units at a base frequency of up to 970MHz, and 4GB of memory GDDR5 At an effective 5.7GHz frequency, with an 256 bit interface that actually gives bandwidth of about 182 / GB per second. 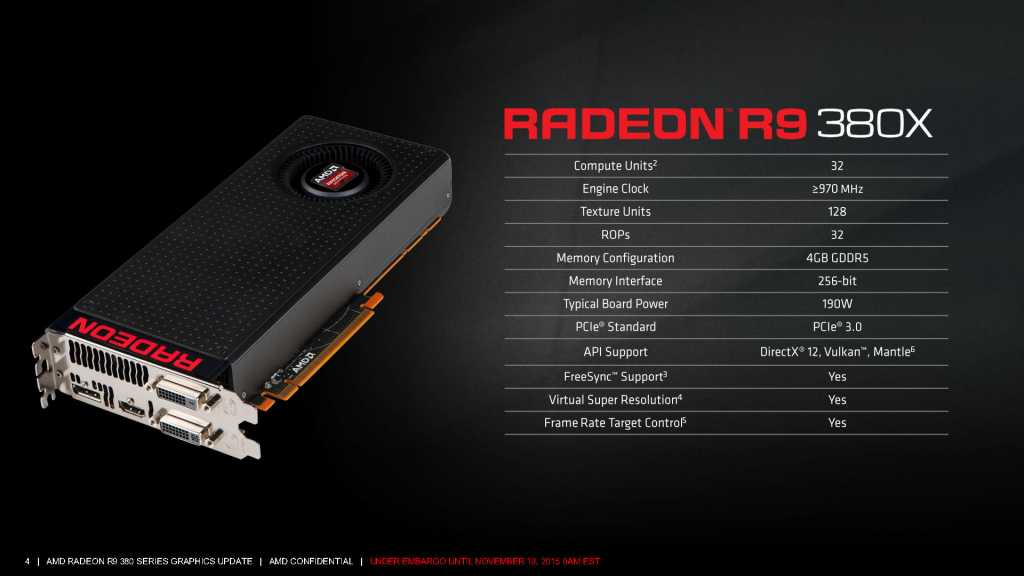 A pleasant surprise comes to us from the price of the new model - only 230 dollars (from which prices are derived from 240 or 250 dollars for models with the designated design of the various manufacturers), compared to the 250 dollars for which the earlier estimates we mentioned earlier spoke. The actual price also does not make the Radeon R9 380X an unprecedented find, but at the very least it keeps it away from the current price level of The Radeon R9 390 and the-GeForce GTX 970, which are so good that it's hard to ignore. 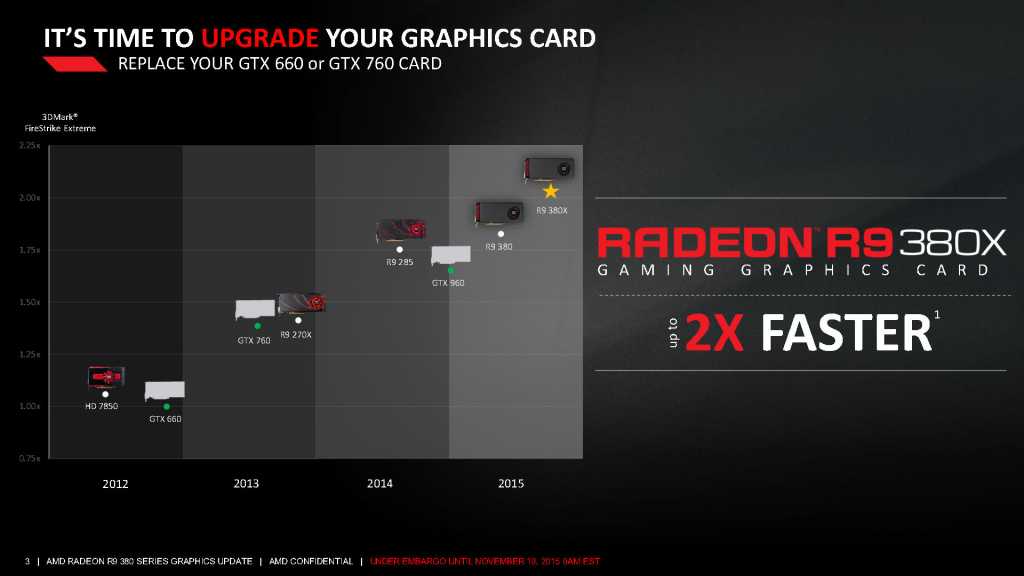 In terms of performance, the new card offers a very similar level (and sometimes even the same completely) Radeon R9 280X It is a hardware that will properly handle most games with 1440p resolution, although in practice it seems to be optimal for FullHD resolution, assuming that the goal is to play titles in their maximum graphic settings or close to a given hit, and at the rate of 60 frames per second Least. 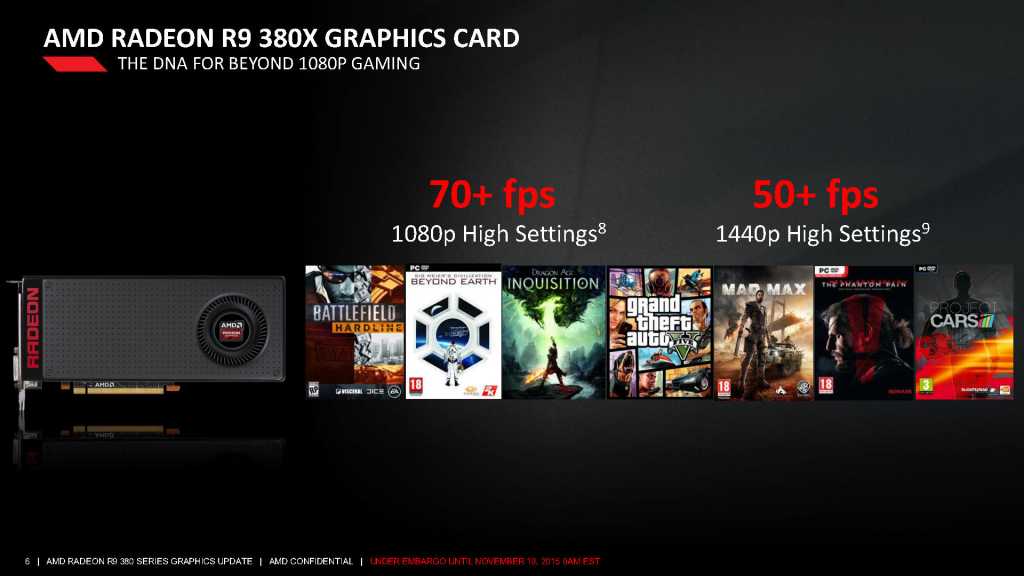 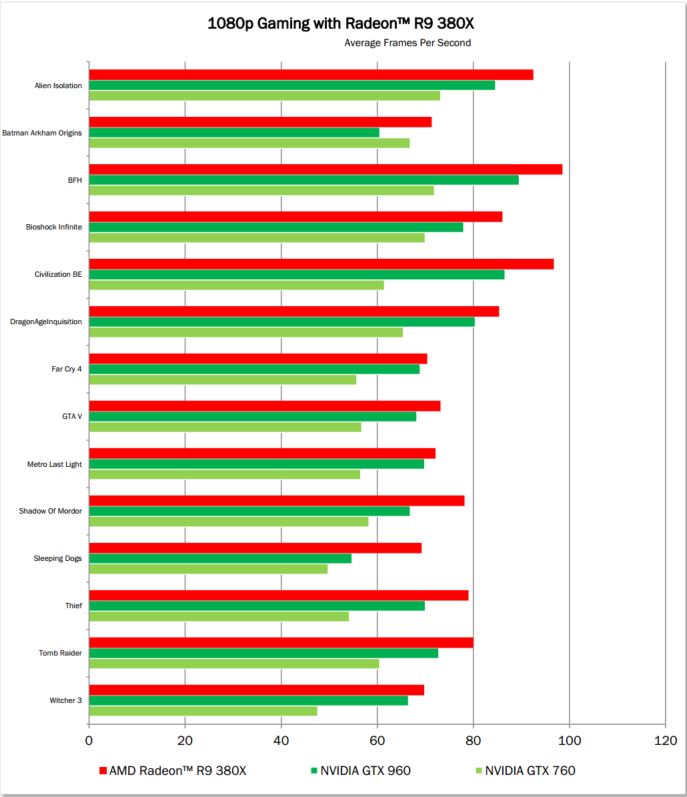 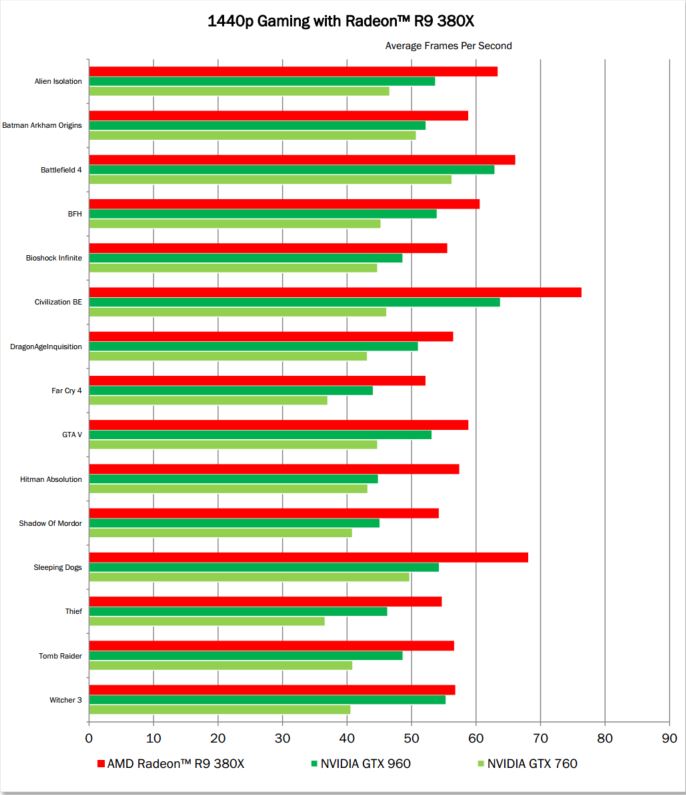 The performance of the R9 380X, according to the data of AMD herself

At the current price of 230 or 240 dollars, which will probably translate to NIS 1,200 or higher here in Israel, the R9 380X feels like a good buy only for those who are not able to invest a few hundred shekels under any circumstances. Better on paper money, and at the same time those who pay less can get a seemingly less likely deal on R9 380 or GTX 960 - and yet, if we see the price of R9 380X falling below the official level, that is quite Common in the mid-market, somewhere in the direction of the 200 dollar (or about NIS X and below in the country), it can become much more winky, like all the models we have compared here, which are sold in the bin From their launch price.

In conclusion, it can be stated that the R9 380X is a successful addition to the line of AMD. He does what theRadeon R9 280X, but with reduced power consumption and quieter (although that depends a lot on the specific model), and leads reasonably over the performance of theRadeon R9 380,GeForce GTX 960 below.

Techreport's renowned and wonderful graphs help illustrate the state of the R9 380X as a card that doesn't really offer new high-cost benefits - but at the same time proves the big improvement it managed to make AMD In terms of the stability of the performance of its graphics cards. Breathe

A recommended price similar to the Radeon R9 280X market prices may paint a less positive image for it - but it is worth remembering that those old 280X models will gradually disappear from the market, so it is very good to have a successor who will probably fall below the official price threshold in the not too distant future For an even better offer - after all, the R9 280X was originally launched for $ 300. Now we only have to hope that the Driver Improvement Initiative AMD Will bear fruit - and then we may see users begin to migrate, and the company adds a little more than 18 the market share of video cards it has today. 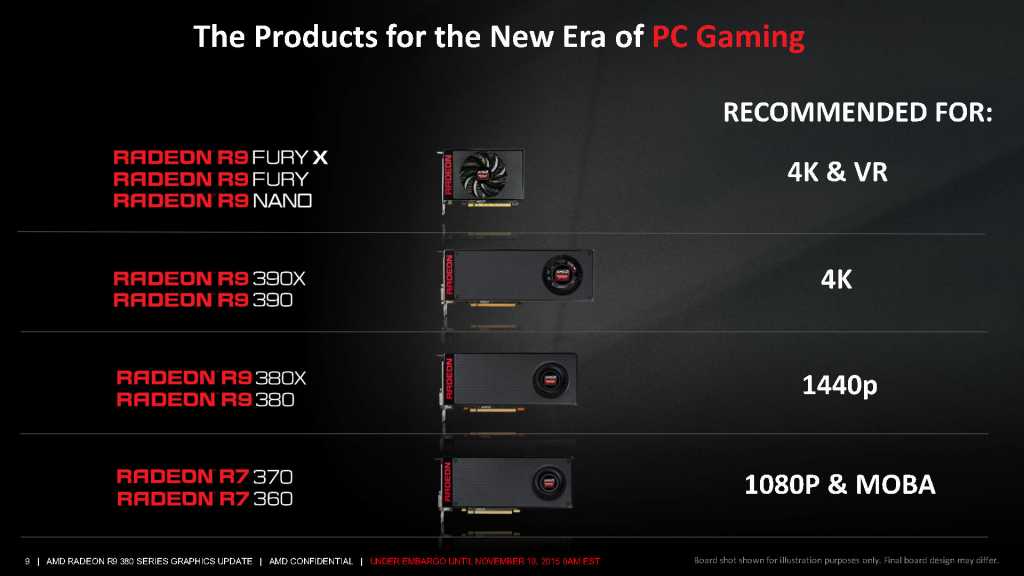 Agree with us or think the R9 380X is a pointless product? We would appreciate your feedback.