Absolute Madness: The EVGA has managed to run the GeForce GTX 1080 Ti at an unbelievable frequency 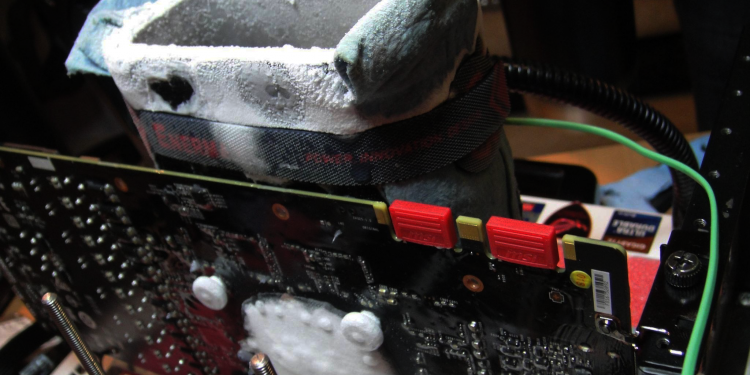 Did you think that 2 GHz is almost imaginary for video cards? Think again, because the American manufacturer is setting a new standard in the field of extreme speeding

One of the reasons why we are so impressed with the brand new flagship brand NVIDIA Is its ability to reach tremendous working frequencies, even based on relatively standard refrigerations, which add to it more performance potential beyond that again the peaks with which it already comes by default from the factory. Until a year and a half ago, frequencies above GHz for graphics cores were a fantasy, and now it's the new norm in the entire market - so what can we say about Core Big and powerful that can tick down a running frequency of 2 GHz in many of its configurations?

It was clear to everyone that the GTX-1080 Ti has a very large potential, but it is doubtful whether even the in-NVIDIA Herself described that he would be able to reach the incredible levels that the famous overclocker K | ngp | n managed to reach - who used a card from a company EVGA (With which he has been actively collaborating for several years) and exotic liquid nitrogen cooling to achieve a legendary operating frequency of 3,024 MHz or 3.024 GHz, which sounds more like something from the world of CPU processors than anything that might make sense For the GPU domain.

This achievement breaks a world record in frequency for a video card, in fact, with the addition of about 12 MHz compared to the GeForce GTX 1060 card that reached a frequency of 3,012 MHz a few months ago - when there is no argument that the current achievement is much more impressive. Since the core of the GTX 1080 Ti contains almost 3 times more processing units and transistors compared to what exists in the GTX 1060. If that was not enough, K | ngp | n performed The fast It is also easy to remember the GDDR5X memory built into the card as part of the process, bringing them to an effective speed of just over 12,000MT / s, which helped the overall bandwidth break the 500 gigabyte-per-second barrier.

Still not impressed? It may be worth noting that the speed was done on the Founder's Edition "simple" card, and not from one of the custom versions of the various partner manufacturers, which usually consist of higher quality cores sorted by the rigorous processes used in the chip world - so we may have potential to see more In the not-too-distant future, when more 'super-models' of the GTX 1080 Ti will start to hit the market.

The huge frequency was not stable enough to run performance tests, much like most extreme LN2-based accelerations, but it is time to note that K | ingp | n ran the popular 3DMark Time Spy with the same GTX 1080 Ti, 2,481 MHz, and achieved a record score of 13,291 points, Which has become a new world record for a single graphics card, Which improves more than 700 points the previous record set by the Titan X card Pascal.

Bottom line, it seems that over the next few months there is a good chance that almost all world records soon and performance in the various tests will include the new star of the chip developer from Santa Monica - at least until we get to see the competitor's leading Vega 10 models AMD, Which will probably be the one and only chance to break this hegemony, before the advent of next-generation architectures with improved production processes.