The computer market ended the year of 2015 in a crash

Remember about The shrinking PC sales Which came in the middle of 2015, before the launch of the Windows 10? Well, a new report from market research firm IDC summarizes last year, and finds that launching the operating system did not contribute to improving the situation, and perhaps even the contrary.

According to the latest data, in the fourth quarter of 2015 a little less than 72 million desktop and mobile computer systems - compared to 80 million units sold in the same period in 2014, that is a very steep drop of 10.6 percent, 276 million units. The lowest since 2008 and a total decrease of about 10.4 compared with the number of units sold worldwide during the year 2014. 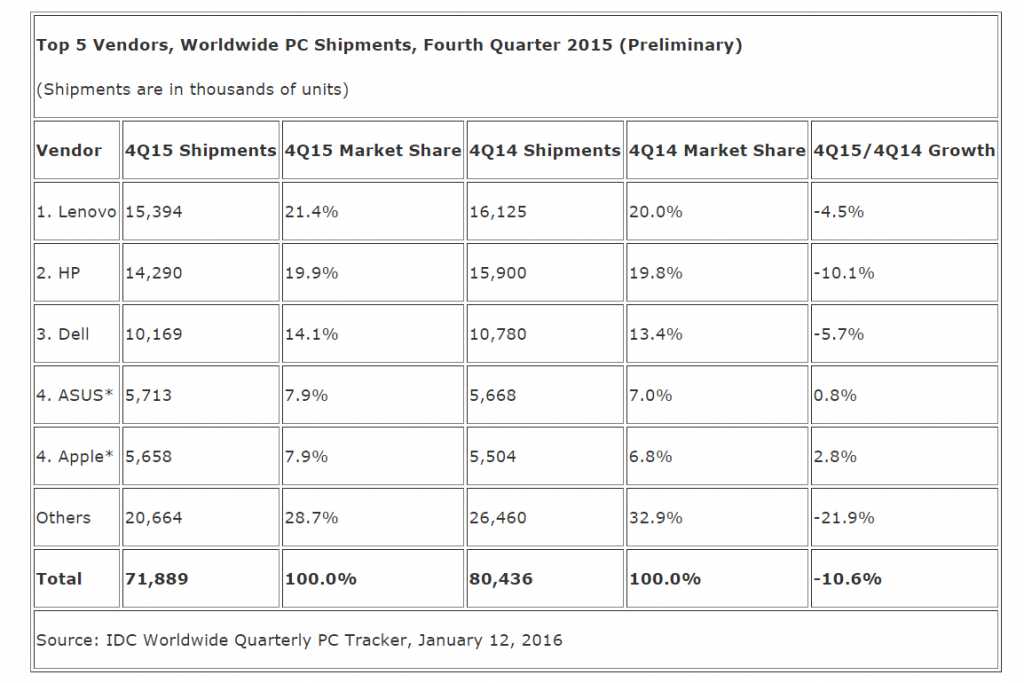 With the exception of Apple, which beat the statistics and managed to get a nice increase of about six percent in sales and increase its market share which already stands at 7.5 percent (and almost 13 percent if you only look at the US market!), All manufacturers have experienced relative declines in their sales, though The overall status quo is maintained - Lenovo continues to lead the group with over 20 percent of the entire market, HP is close to second place, a little behind them, Dark Fourth, and Taiwan's Isser closes the five, despite being hit by a double-digit drop in sales. Sales of actresses like Toshiba, Asus, MSI, Gigabyte, Fujitsu and others also fell in the overall calculation - and together with hundreds of other less prominent manufacturers in the field, only 31 of the world's PC sales are accounted for. 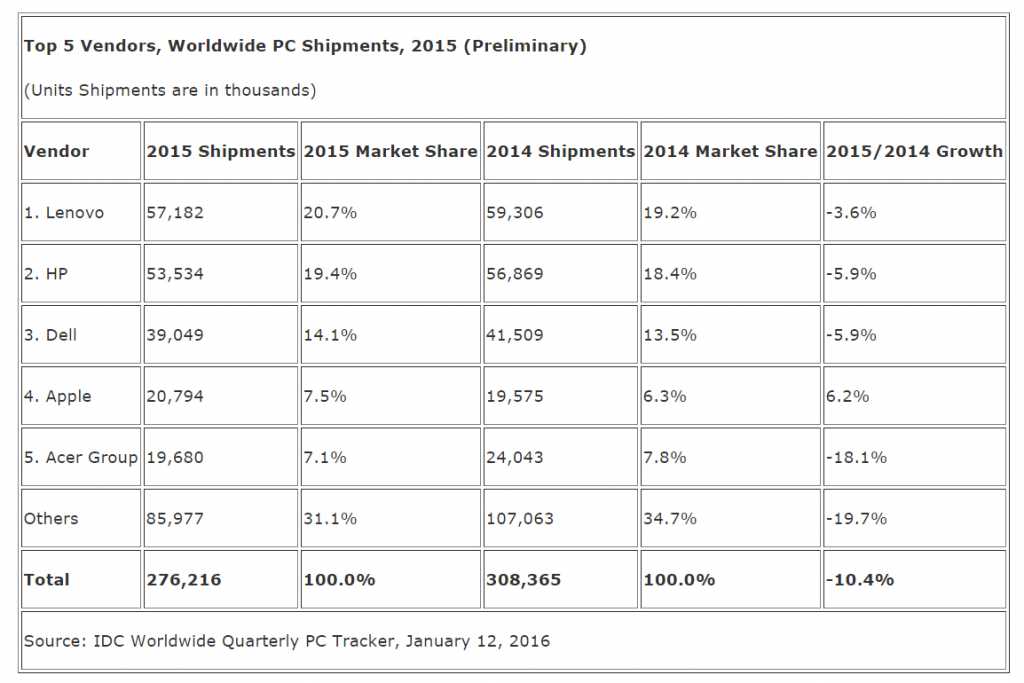 So what caused IDC's biggest annual decline in the field to date? Experts estimate that this is a combination of the relatively slow pace of processing power and the growth of the average computer lifespan that has been with us for several years, and with them the grandiose launch of Windows 10, which has been offered as a free update to more than a billion consumers around the globe - and along with the other reasons has actually led to fewer reasons to buy a new computer system.