The Israeli consumer has learned in recent years that there are quite a few products he can order at a very low cost from China, mainly through sites like AliExpress From the Alibaba group. The Chinese market's ability to produce many products of sufficient quality has peaked in recent times as more and more substitutes for electronics can be purchased at a fair price and provide acceptable quality.

My body is also the center of the strait Cooling For processors, video cards and electronics in general, the Chinese also know how to engineer fixtures Cooling Such. Recently, with the proliferation of PCs for gaming needs in the East (China and India mainly), interesting brands and products are born that sometimes make us question the prices we pay for certain products here in the Western market. 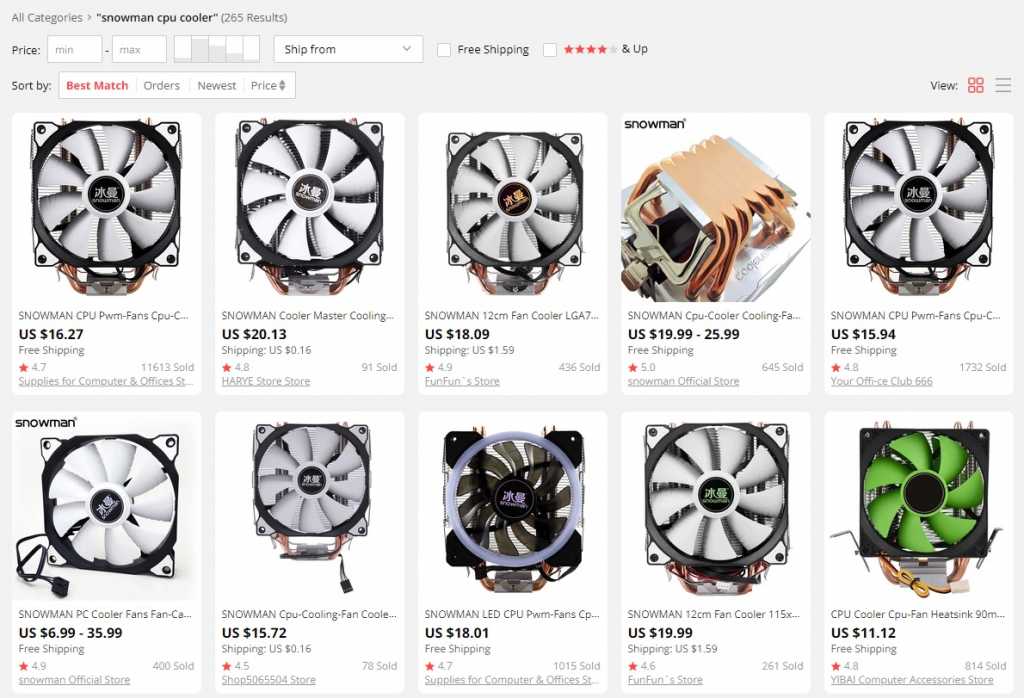 Refrigerators answering to the name "Snowman" recently manage to gain great popularity. These coolers are built in a very traditional way that is familiar to us mainly from designs of companies like CoolerMaster and its 212 series. Also, differences can be found between different models according to the number of copper pipes in the cooling base. 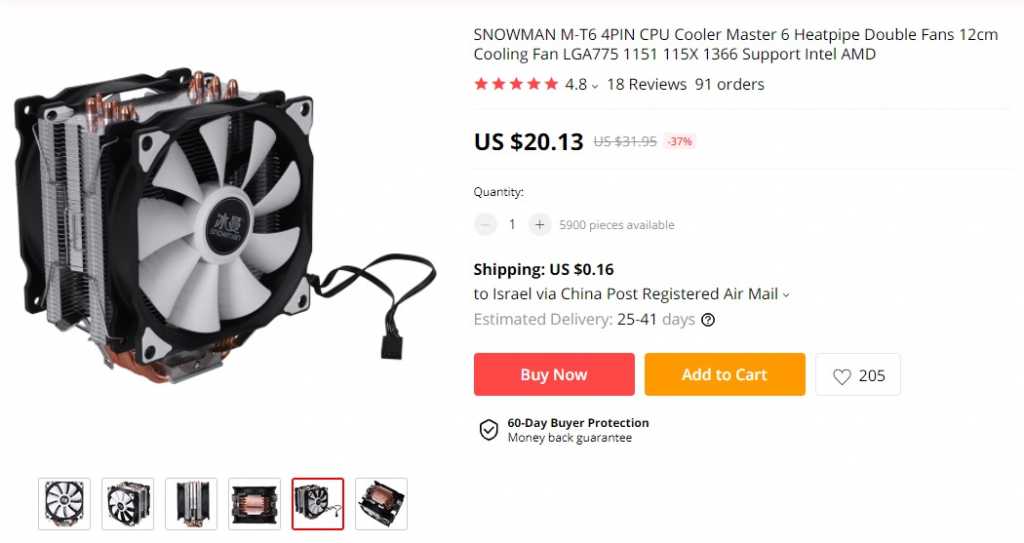 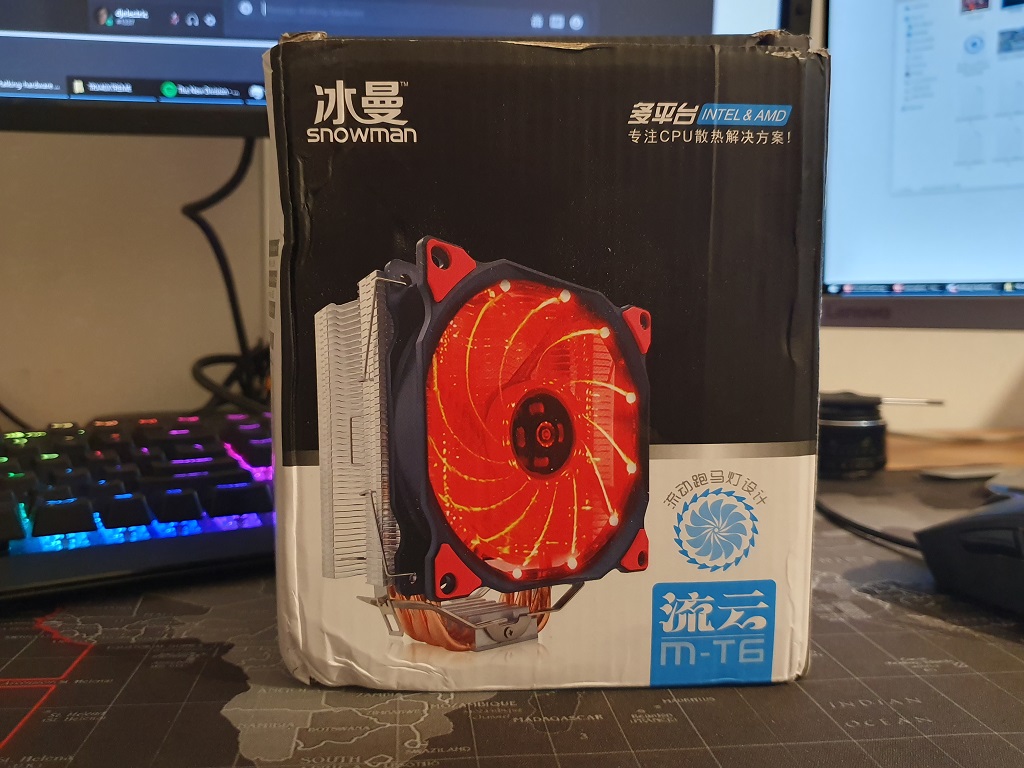 All the stars aligned And in just one week, Shipped via ePacket - the package has arrived. The cooler box looks pretty bumpy, but that's not surprising given that they pack it in a plastic bag. There are sponges inside the package, and luckily we did not see any actual level of physical damage to the refrigerator. 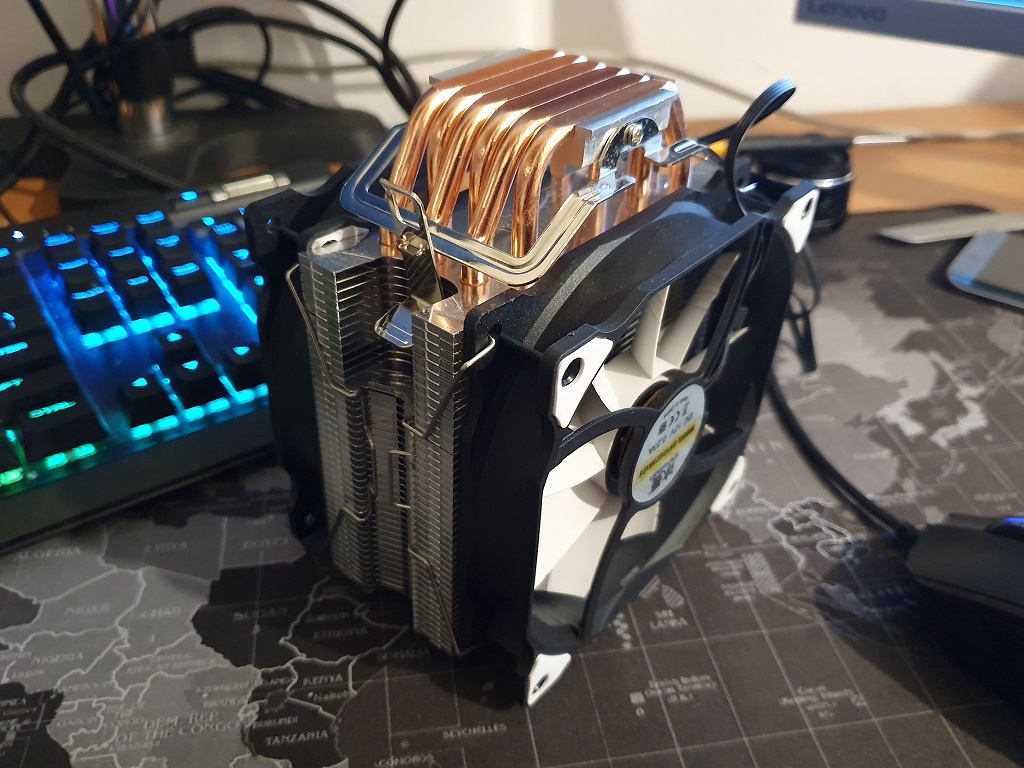 As promised, the heat sink arrived with two 120-millimeter fans bearing the general name "Snowman". The body arrives when it already includes a docking for residency AMD The variance includes AM4 Relatively new, so we get "Plug and Play" with the product for the popular resident of recent times as ambitious. 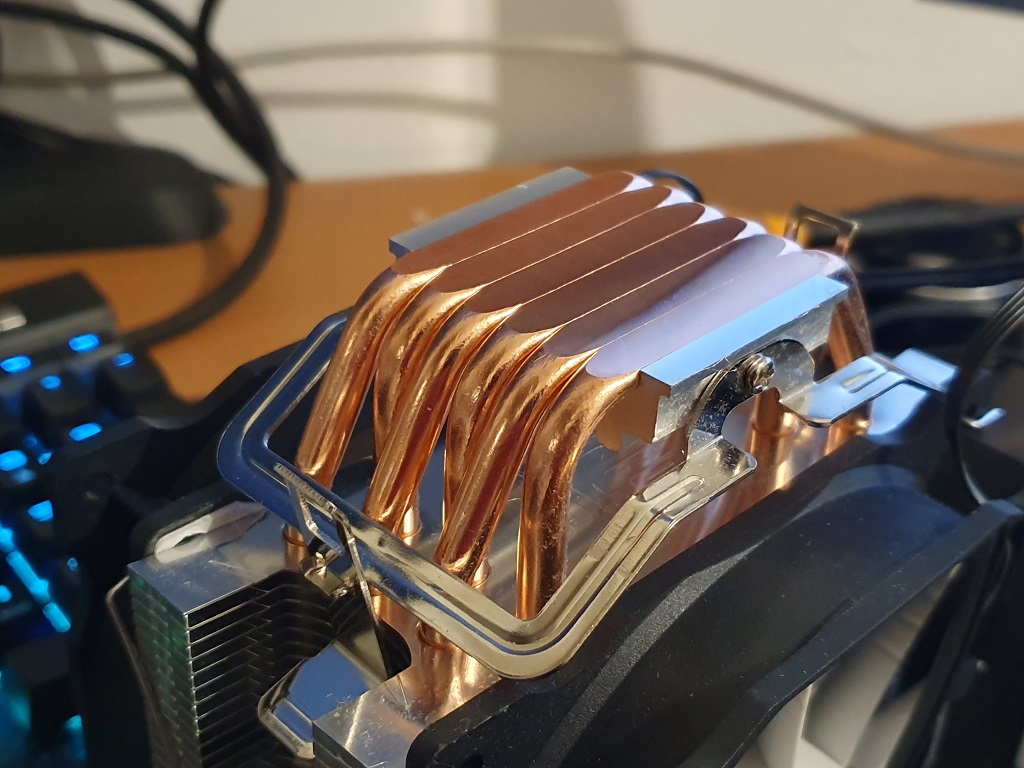 One of my concerns is that the bottom of the cooling will be of particularly poor quality. I was pleasantly surprised. Admittedly, this is not the smoothest surface I have seen at the bottom Cooling - But the quality is very respectable. There are no height differences between the different pipes, and apart from the very small grooves in them, the surface is incredibly flat. 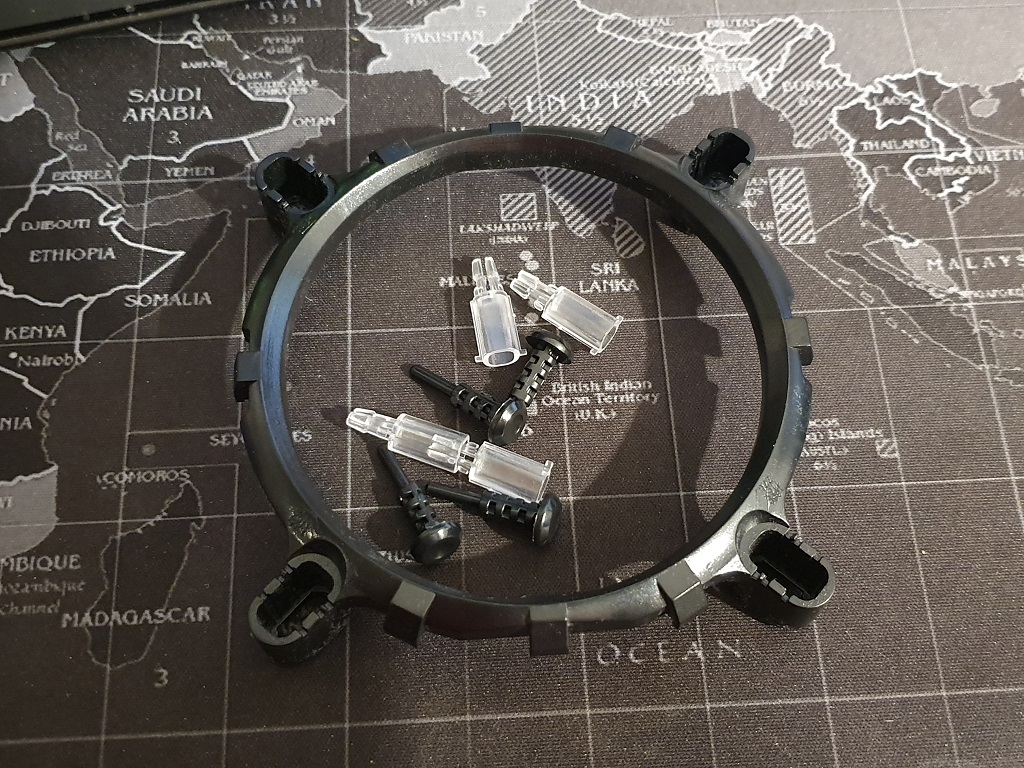 There is also a docking kit for the bracket Intel The variance such as LGA115X, LGA775 and even LGA1366 is old. Importantly, the packaging does not include thermal ointment, Therefore it is advisable to equip one. 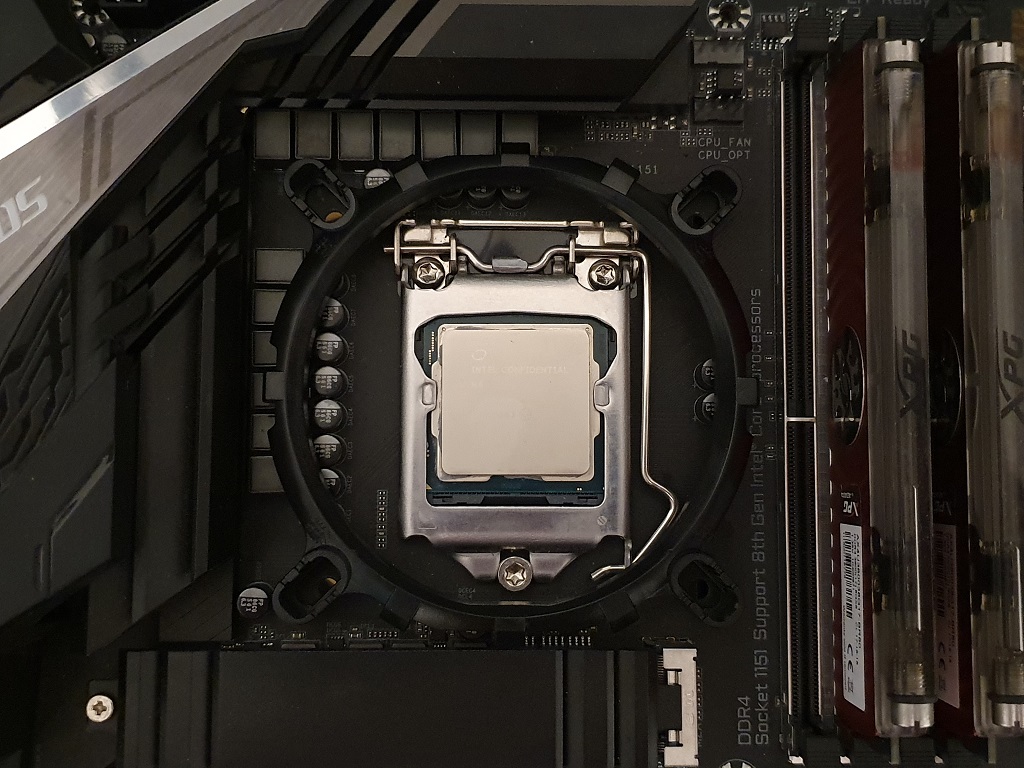 My dream of testing the cooler in front of others on an LGA1151 chassis with a Core i9 9900K processor shattered pretty quickly unfortunately as the outdated docking kit is not suitable for our Z390 Aorus Pro. The cooling cannot be anchored when the M.2 bracket interferes on the one hand, and the power coils on the other. Compatibility of Intel's advanced motherboards for this cooling - quite poor. This leaves us with a pretty good match forAMDSo that's where we went. 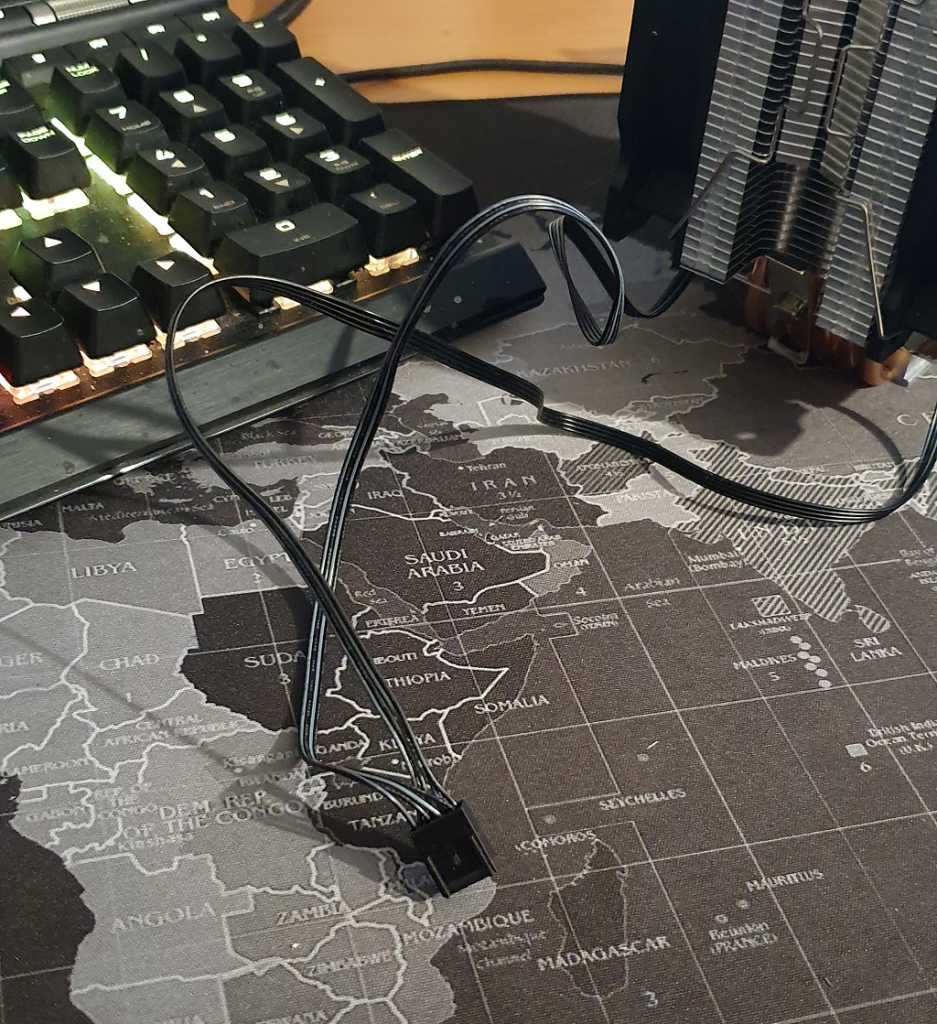 It is also important to note that the two fans that come with the Snowman T6 we ordered connect with a single 4PIN connector on PWM-controlled, so they cannot be easily split.

I have decided that given its low price, there is reason to ask - does such cheap cooling constitute a significant upgrade over the default cooling of AMD With a 3700X processor? The Wraith Prism is considered to be the most advanced "stock" cooling we've seen with Processors Desktops, and receive one in a pack of 7-core Ryzen 3700 8X. At a nominal price of 80 shekels, the Snowman T6 is a worthy alternative for those who are unwilling to invest a lot of money when they already have it Cooling Suitable for CPU. 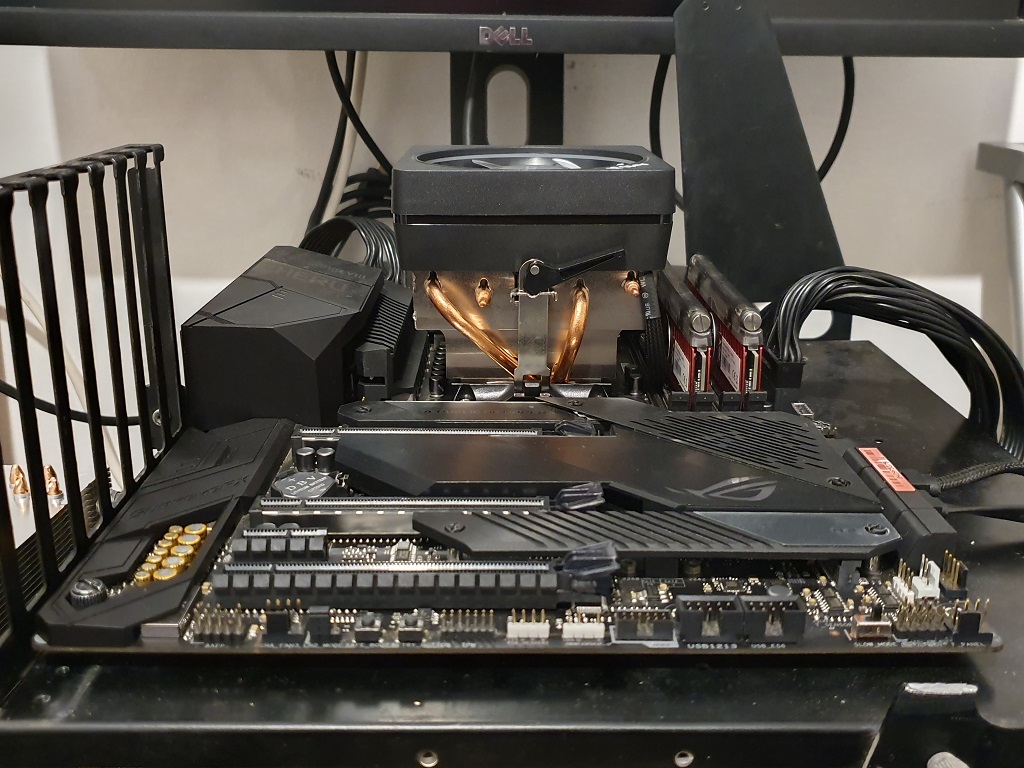 We first looked at Wraith Prism AMD with the-RYZEN 7 3700X - The exam was done with the thermal ointment that comes with the cooling in the box, a really initial installation. For stress tests, let the processor generate heat under Aida64 at maximum effort for one full hour. 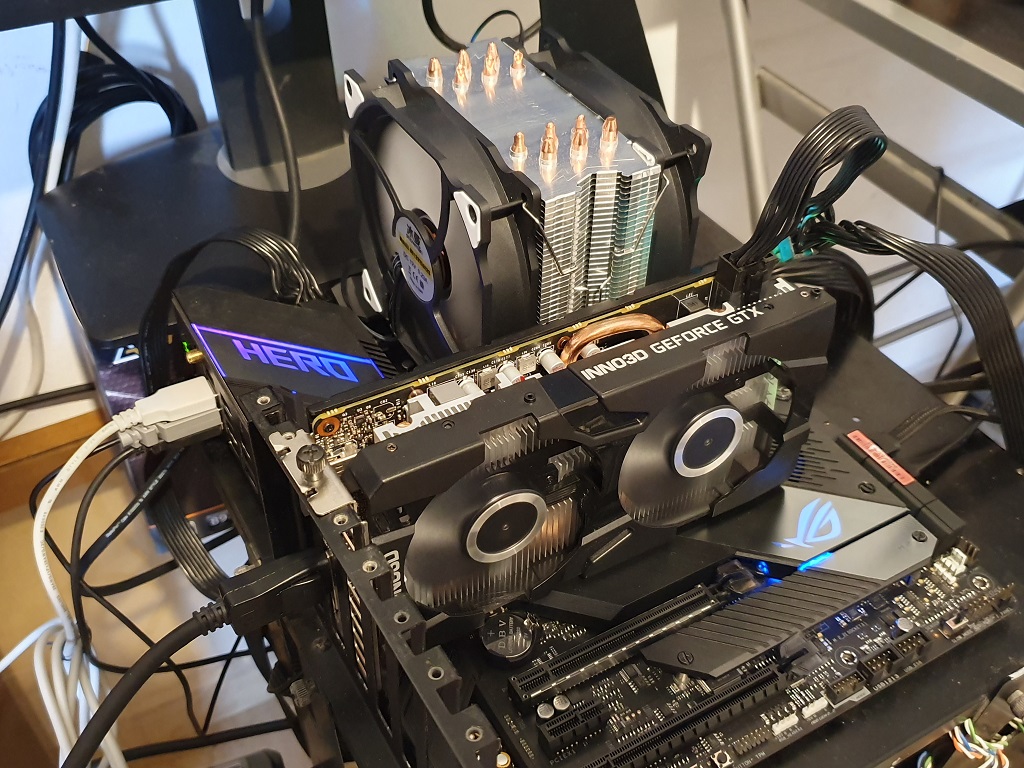 The heat sink noise we normalize to estimate the heat sink efficiency as a unit. We used a decibel meter and aimed for 37.0 decibels 25 inches from the heat sink. The thermal ointment we used with the Snowman is the MX-4's Arctic. The room temperature at test is 20 ° C, and there are no additional fans in the vicinity of the heat sinks. In the effort test, we gave the refrigerators thirty minutes to absorb the heat of the processor before we started taking measurements. The noise level we decided on is not arbitrary, but one where the heat sinks from the test system can be heard enough, but it is quite stringent for the Prism of AMD.

Unpopular opinion - I do not think the Wraith Prism is Cooling Which is suitable for anyone who buys a 3700X processor and does not need advanced cooling on the third, because the impression is created that it is a particularly advanced cooling that is useless to replace. The Prism is Cooling Quite noisy, with a pretty awful fan pattern, especially on Asus motherboards where there's less freedom to tune the fan than mite boards GIGABYTE For example, and at a certain temperature, it simply loses it and becomes a real noise.

The operating temperatures used in the Prism with the 3700 X are acceptable, but for them to be made a lot of noise and rapidly changing tones, which is much more annoying to the ear than gradual noise. When normalizing the noise level, I think our exam results tell a lot about the difference between body Cooling High quality and capable and the Prism. If you tell Prism "I want!" And allow it to work only at low noise level, it just suffocates, the graph clearly shows this. 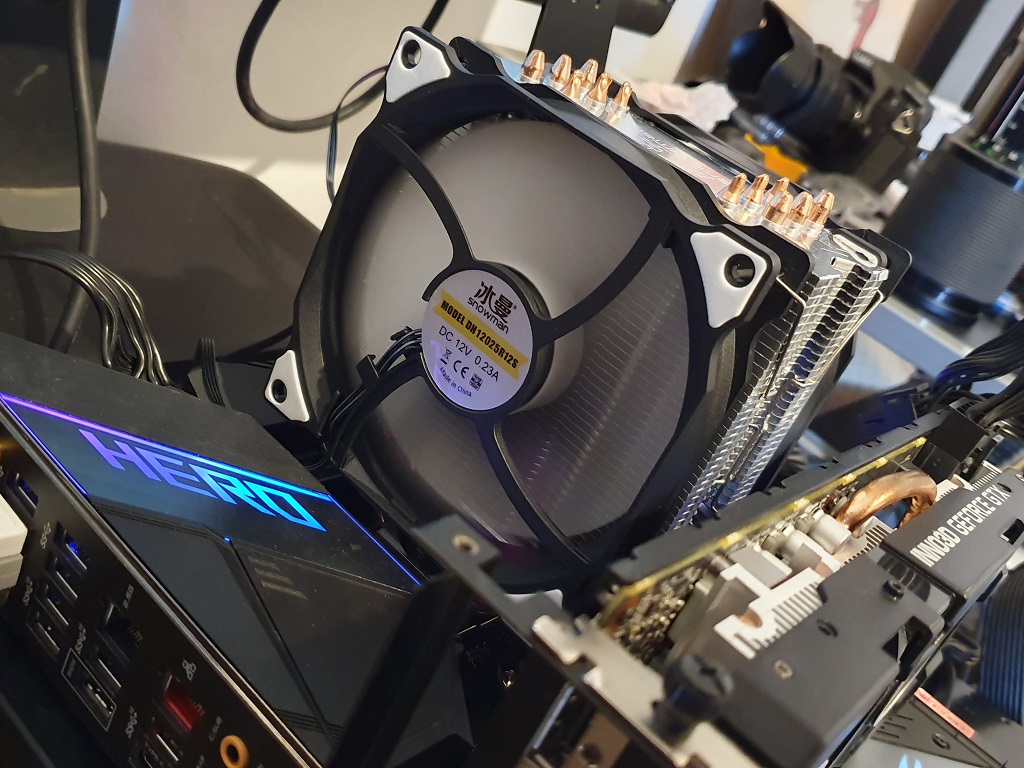 The Snowman M-T6 is the kind of product we sometimes just need to gamble with, and betting for NIS 80 is definitely taken here with his order. The surprise is very pleasant. It's a body Cooling Built like those of the big companies, minus a few small finches. The risk is relatively low and the profit is quite high.

I don't think we've seen such great value for such a long time product, NIS 80 for a body Cooling Having six copper pipes and two fans that are quite reasonable in quality (there are things that only time will tell) is a great "investment" for us.

Best value for money - Cooling For the Snowman M-T6 processor

Somewhere, I have to admit that it's a little hard to get back to a routine where cooler ones are less impressive, and significantly more expensive than the Snowman M-T6 are commonplace. Yes there are things that get the same more expensive coolers, such as high-reputation fans, docking kits that will fit all the intended motherboards and a higher finish level.

The Snowman M-T6 manages to eat the cake and leave it intact, with one piece being hardware geeks that just want Cooling An advanced one that has them as a utility, and the other is a completely legitimate upgrade to those who use default coolers and want something more than minimal, want something truly worthwhile with ability Cooling Advanced and cheap.

Must add that we were completely surprised that the package took only one week to arrive from China, especially during such a period and through postal service ישראל in particular. Hope you guys have the good fortune to visit us too.

Click here to go to the product page on AliExpress

For all other HWzone deals and deals click here