Extreme is here: After the monstrous octagonal octopus, we also took the little brothers to Intel's upscale product family for review

This summer ended with one of the most talked about launches of Intel in the desktop market for years, with the LGA2011-v3 Extreme Stand. The new chassis was also launched with three new processors,Core i7 5960X, The first processor of its kind in eight processing cores for the consumer market.

In addition to this processor, Launched Intel other Processors More. One is theCore i7 5930K that takes the hexagon-core frame at a price tag of 600 dollars Core i7 4930K) and the other is theCore i7 5820K, a hexagon-cores that replaces the quad-core Core i7 4820K. Yes, while the 600 flux transfer is solid, the little brother's replacement in the action series is one that has six processing cores instead of four.

We must not forget that in addition to new processors only, Intel's new LGA2011-v3 chassis also brings new features that we can find on the motherboards. You can read here in detail On these features as memory DDR4, Interfaces storage Advanced and other technologies.

The two small octagonal brothers are the Core i7 5930K and the Core i7 5820K. Processors These are very similar and there are quite small differences between them. Both contain six processing cores, and 15 megabytes of third-level cache. Both also contain the HyperThreading function for multi-capability that allows the physical cores in processors to create additional logical cores. That is, 12 logical cores. You will also find this technology in my lab Core i7 Square andCore dual-core i3 in the LGA1150 mainstream chassis. 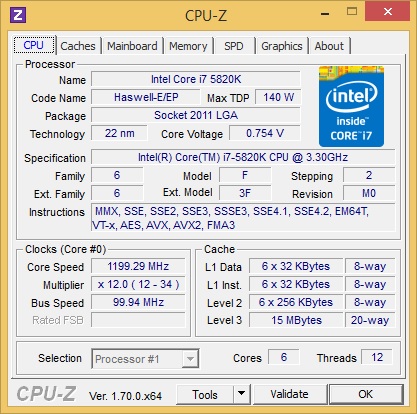 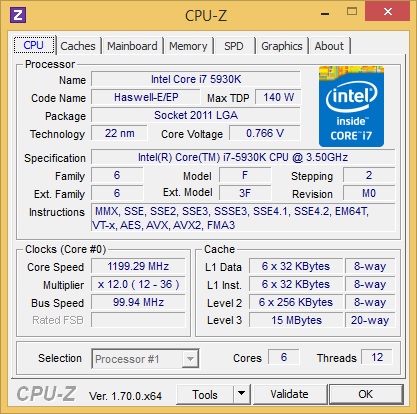 So, what do consumers pay 200 more dollars if they choose the "Core i7 5930K? Well, they will get a higher frequency of 3.5 GHz, unlike the 3.3 GHz that will give Core i7 5820K. However, this is a relatively negligible difference compared to the more fundamental difference of information traffic that processors can give.

These processors include many PLCs, one of which is the PLCPCI-Express. This controller is used for information traffic between the processor and the expansion interfaces PCI-Express On the motherboard that are designed mainly for video cards. Please note thatPCI-Express X1 Smaller motherboards typically get their traffic to the chipset system, in this case X99. The processor is designed for large interfaces.

The Core i7 5960X and Core i7 5930K processors feature an internal controller that supports 40 PCI-Express 3.0 channels (the newest device at the moment). This means that if two or more video cards are installed, they will have a larger volume of information traffic. The Core i7 5820K processor contains only 28 channels and is therefore not optimally adapted to arrays of three or four video cards, since the distribution of channels will be large and so if three or more video cards are installed. X8 and X16 film widths are compatible with Enovia graphics cards, while XXNUMX video cards AMD Multi-core CrossFireX array also supports X4 bandwidth.

Page 1 from 4
12...4הבא
Tags: AMDIntelProcessorsExtremeCore i7