The world of mechanical keyboards continues to develop at its own pace. Sometimes it takes odd turns and sometimes straightens, and it probably depends on the specific trends of that period.

In this review we bring a product that has already undergone several incarnations of design and reached a fairly high level of finish and price accordingly - mechanical keyboard model K70 RGB MK.2 from the manufacturer Corsair. 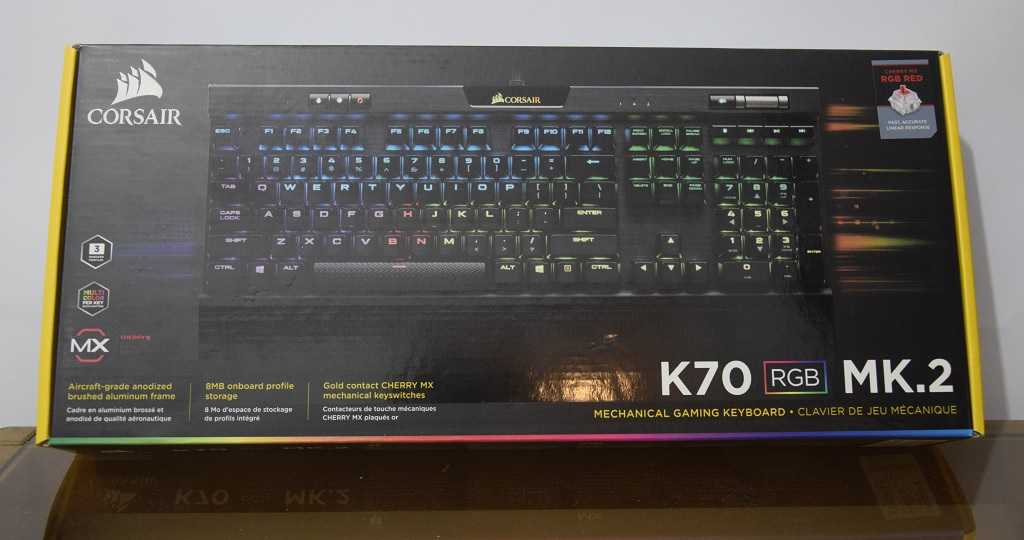 The new K70 RGB MK.2 from Corsair Is a continuation of the K70 keyboard RGB The classic. A number of design changes have created a product that feels like something new. 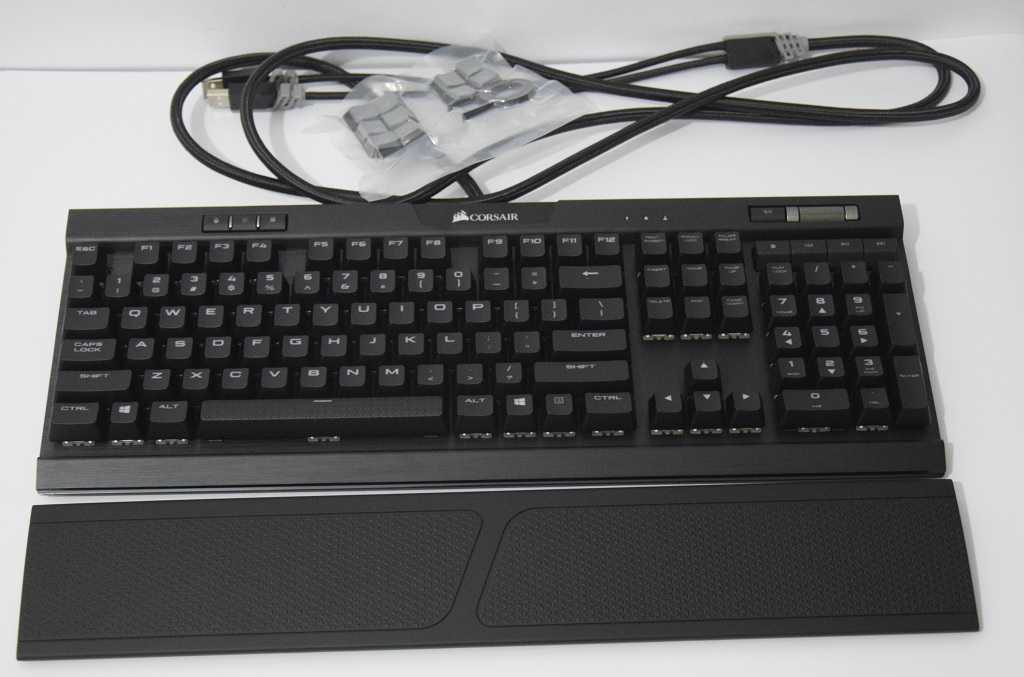 The keyboard is a complete keyboard that also includes Numpad, F keys and editing keys such as Home and End. In the package you get the keyboard, a hand rest pad and a cover cover for certain keys. 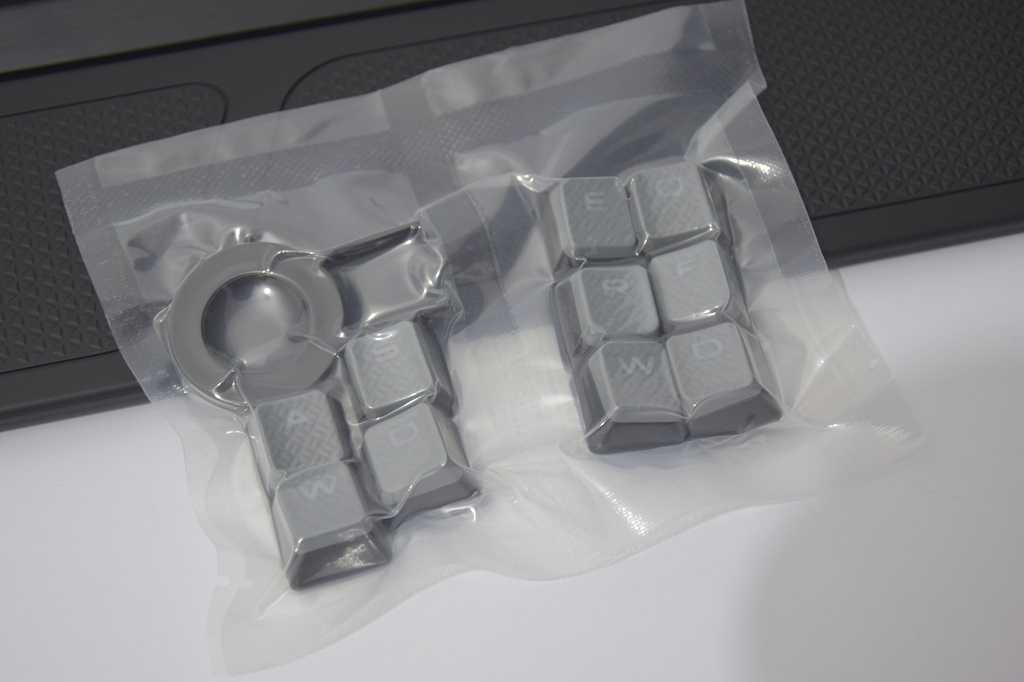 The same keys actually give a different finish to WASD for those who prefer something a bit more rugged or maybe smooth but just a solid color. Along with the covers comes an easy retrieval tool of course. 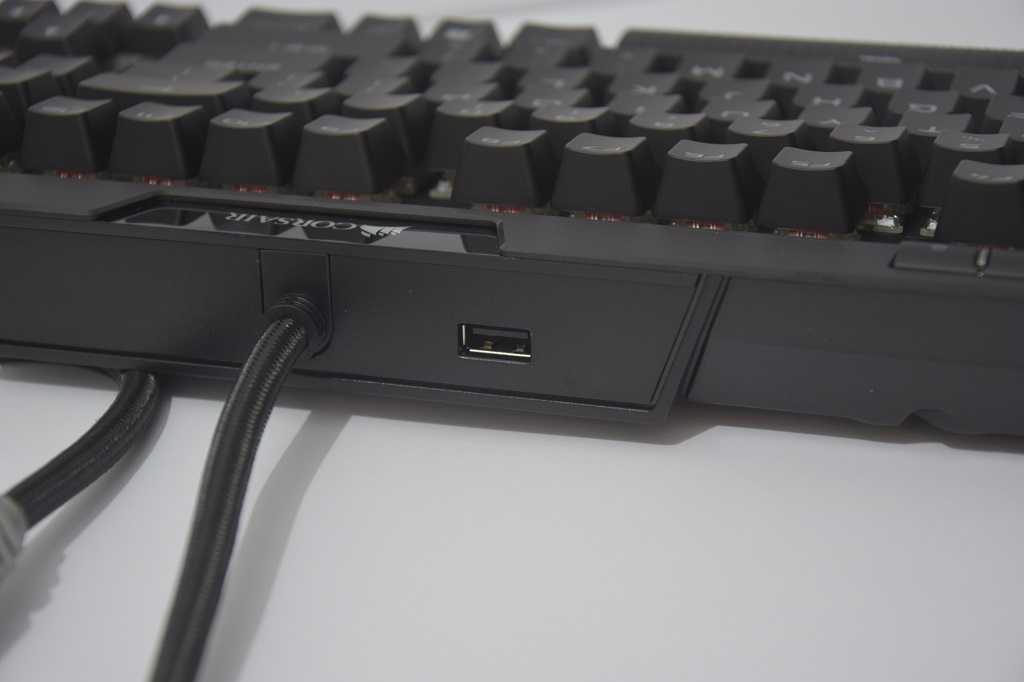 The keyboard comes with two connections USB To a computer and includes a free connection to which you can connect anything you want, like a mouse or a drive USB For convenience. 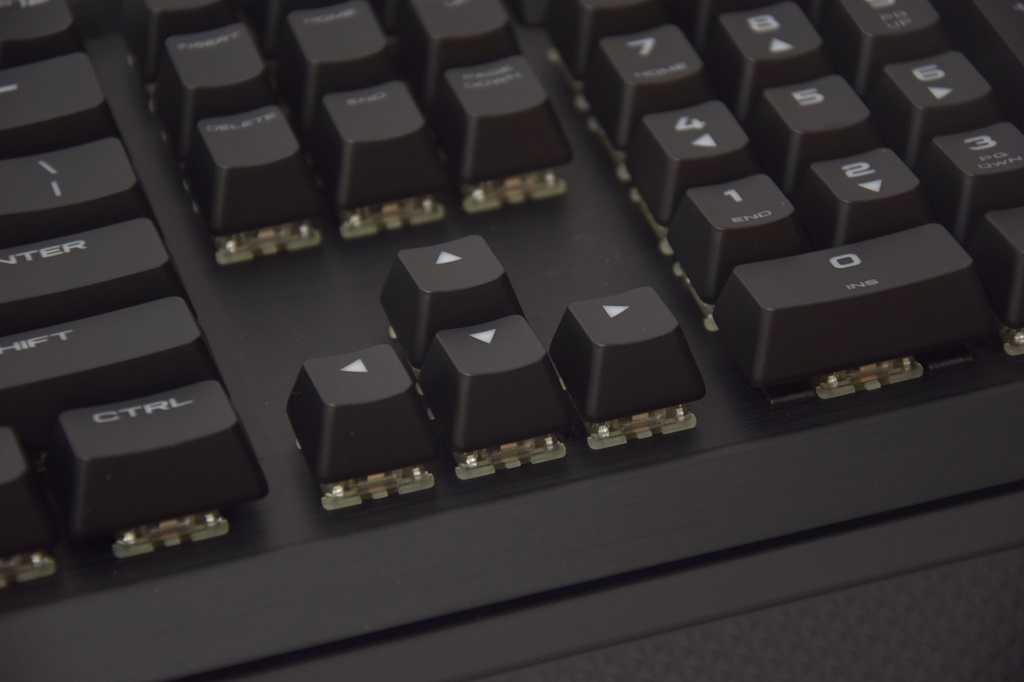 The keyboard buttons we asked for this review are the Cherry-MX Red that come in now and then in the default configuration of this keyboard. You may encounter a version that includes click-through Cherry-MX Blue buttons. The noise of the Red Buttons comes which strikes the body of the keyboard itself.

Apropos, the body of the K70 RGB MK.2 is made of plastic and aluminum, with a thick surface of aluminum covering the entire top, keypad area.

In general, I must say that I am very pleased with the construction quality of the K70 RGB MK.2, this is one of the hard keyboards I encountered. Any attempt to twist or create pressure on the body of the keyboard has encountered considerable resistance. 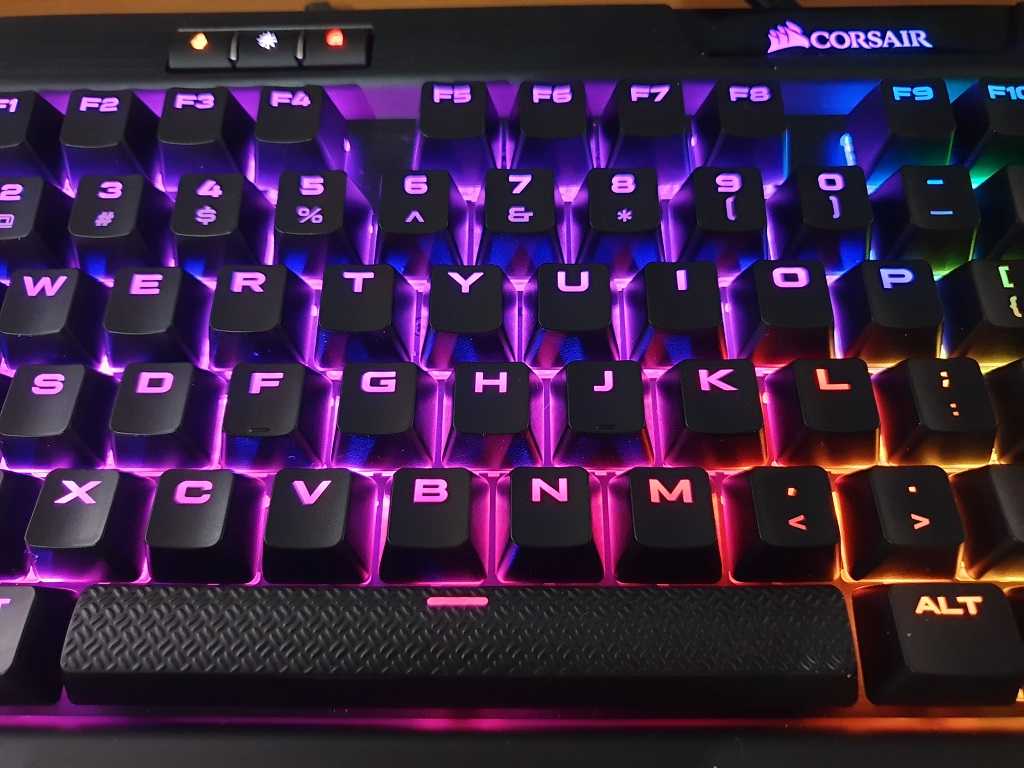 The Festival of Lights without Lights? One of the visual key features of this keyboard is, of course,RGB The versatile. The bulbs can mean a very wide spectrum of colors and each key can also be programmed separately. In addition, there is a large variety of effects enabled by Corsair's superior control software 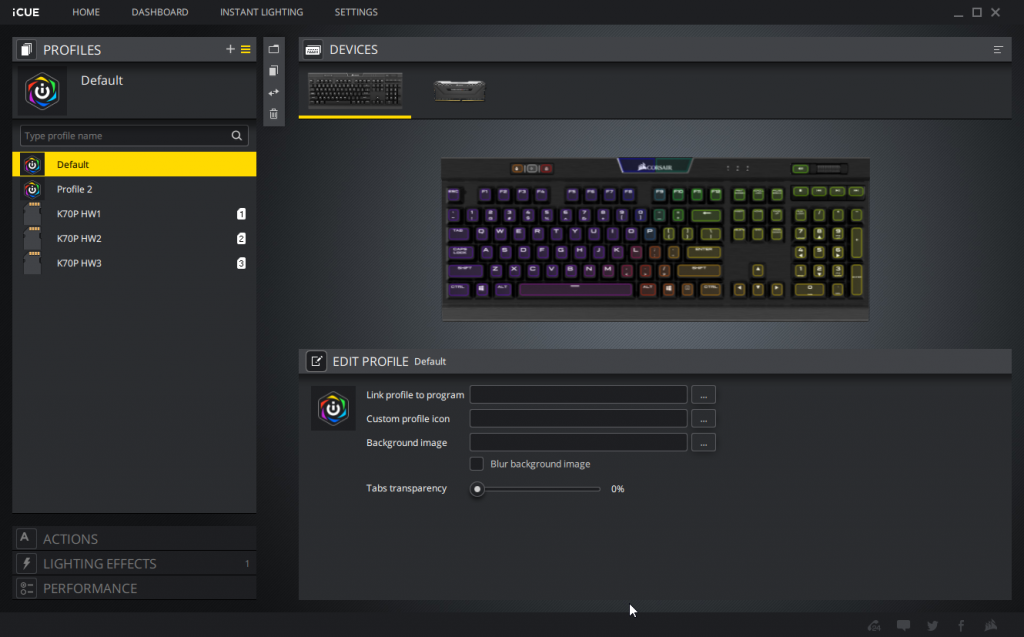 The iCUE of Corsair Is its control software when it comes toRGB On your computer. It is a stable and relatively cost-effective software with which you can manage different profiles of lighting RGB On your keyboard like a rainbow or rain effect.

As far as the buttons themselves are concerned, those of you who know the world of mechanical keyboards probably already have an opinion about their favorite button. This is how the K70 sounds RGB MK.2 When writing with the Cherry-MX Red buttons:

The noise produced by these keys varies between keyboard and keyboard as the keyboard itself changes. 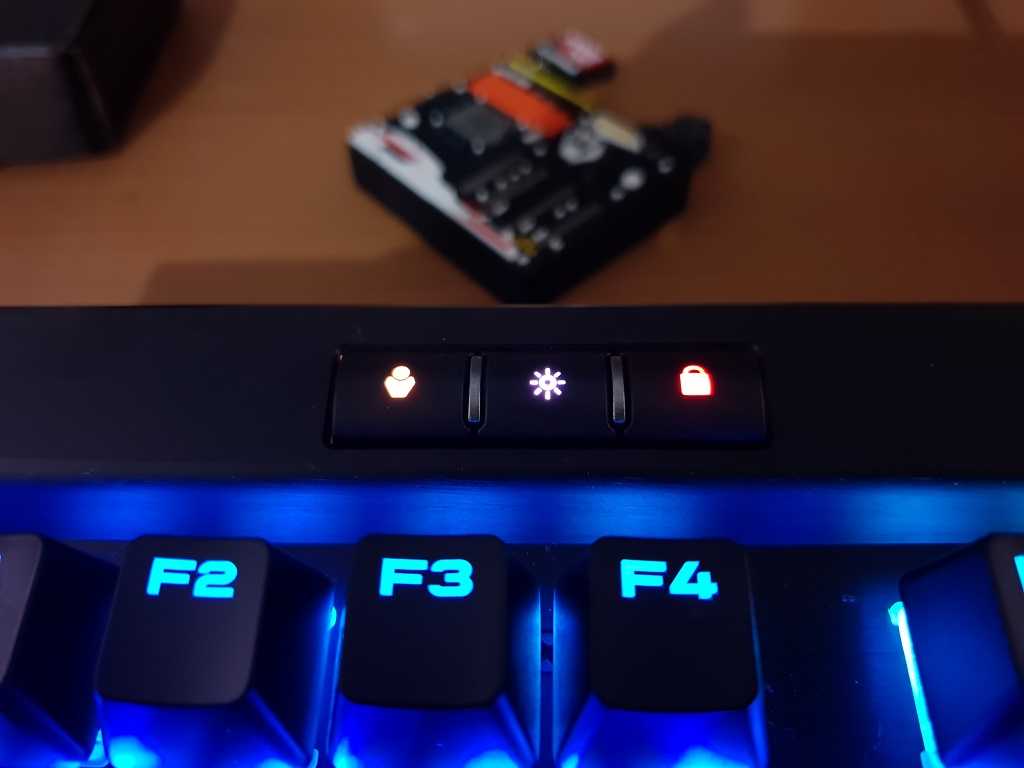 There are three important keys on the keyboard that include the ability to lock the Start button, change the intensity of LED lighting between different levels, and switch between the programmatic profiles that we have set for colors. 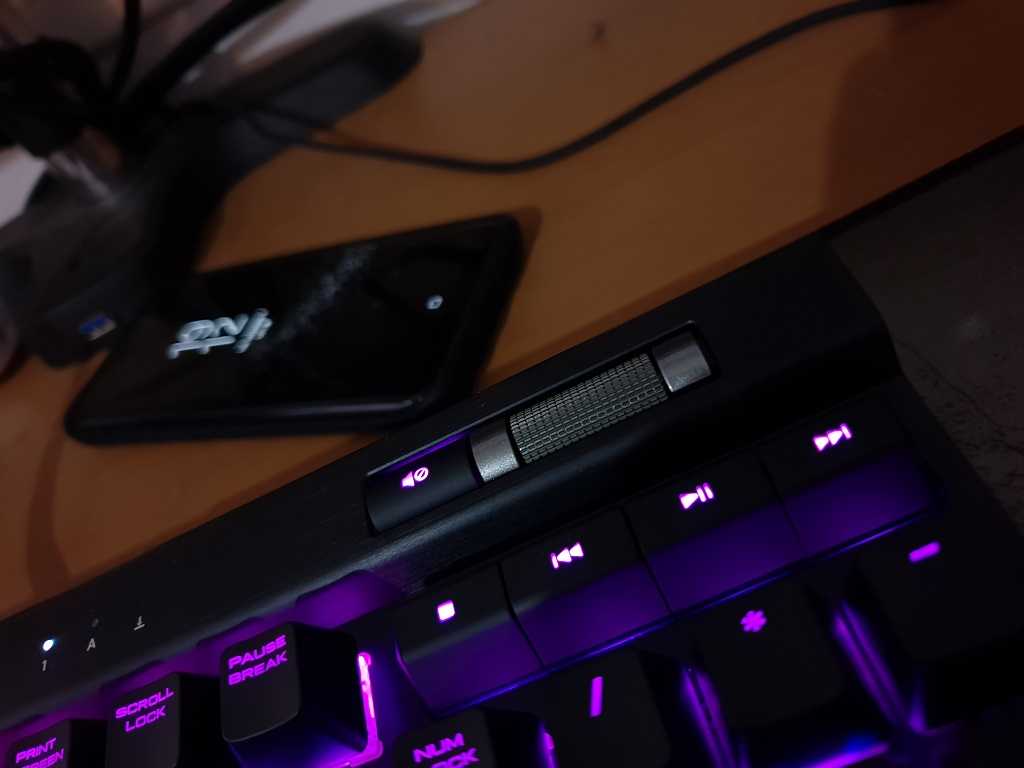 The keyboard has full multimedia buttons with an addition that I noticed is important to many today and is a volume wheel instead of buttons. I have to admit that the use of the wheel is indeed pleasant and comfortable, and I prefer it over standard volume buttons. 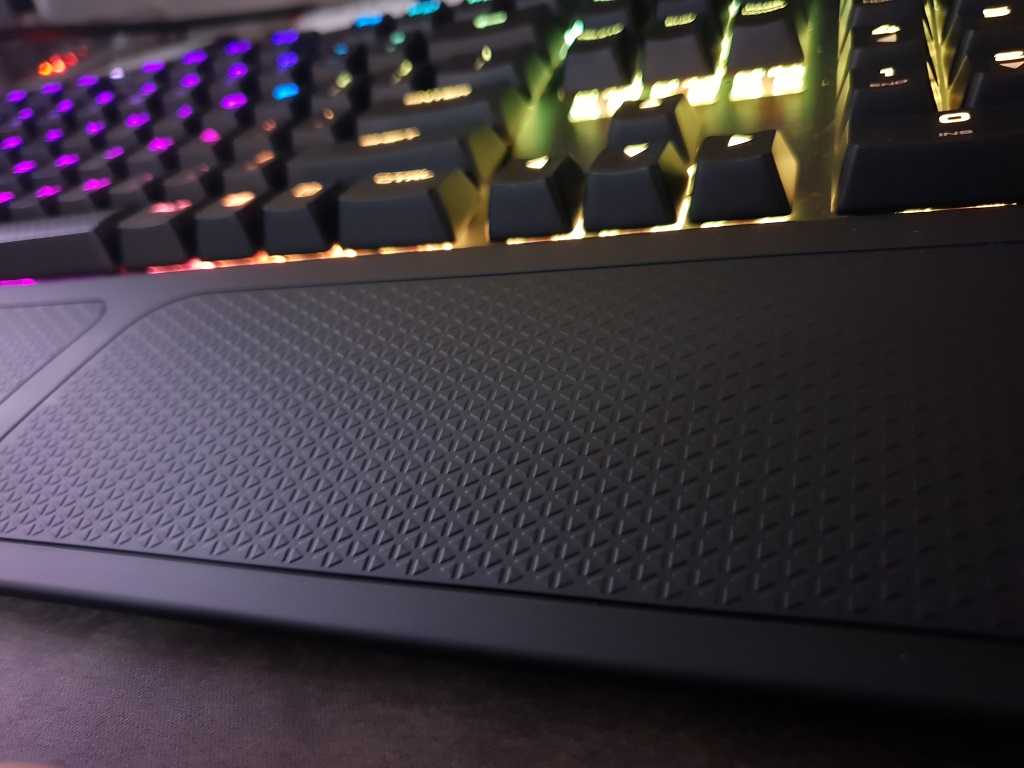 I have no other way to say it, the resting surface for the hands it provides Corsair With the K70 RGB MK.2 is the most comfortable I've ever used. He is more prone to such and such cushions, or to plastic that has a texture that can cause sweat. The texture itself feels quite pleasant and velvety. This surface has no cushions at all and is made of a combination of plastics only. well done to-Corsair On the excellent surface, a feature that, in my opinion, is rare among the manufacturers of the various keyboards. 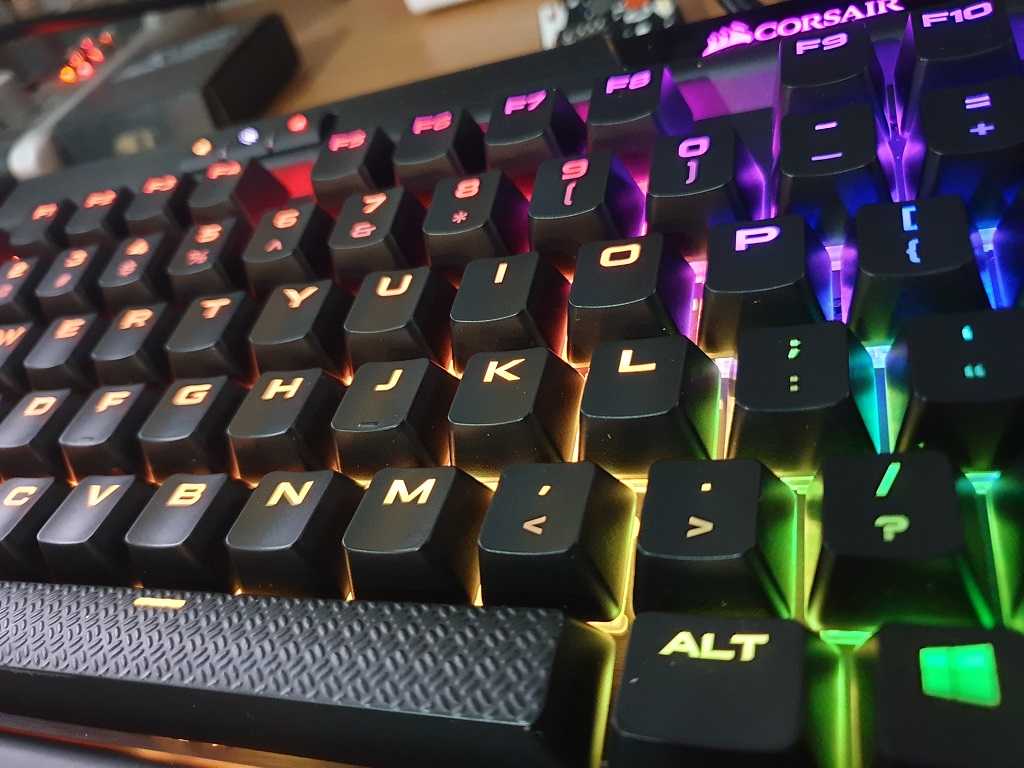 The typing experience in K70 RGB MK.2 was among the best I've ever experienced with mechanical keyboards and I used this keyboard to write several reviews to the site including this review itself. Although the keyboard sent to us overseas has no languages ​​other than English, it is important to note that keyboards sold in Israel come with engraving, for those of you who do not write blind.

The roughness of the space is noticeable at each click. I do not feel an advantage in it, but neither do I. I suppose there are those who would like less profit than a skater, but that's a solution to a problem I've never encountered before.

The excellent keyboard spacing on the keyboard and the erroneous clicks are something that happens less significantly only after a few hours of use. Switching to this keyboard from another keyboard was very natural and I did not have to get used to strange keyboard locations. Corsair Chose not to take risks and make a keyboard in a standard, solid industrial design. The only gimmick that exists is actually theRGB, Since beyond that it could have been a mechanical keyboard from the line to the gamer, the programmer and any other typical user.

The K70 RGB MK.2 is one of the most advanced keyboards of the KXNUMX Corsair And the price for this is accordingly and stands at $ 142 in the US at the time of writing, or NIS 705 in self-import. It will also be possible to find this keyboard in Israel with an engraving for about NIS 750.

In my opinion, after two weeks on the keyboard, this is a great product with stable and advanced software that can satisfy those of us who have to feel the mechanical buttons under the fingers. Outstanding building quality andRGB felt.

The keyboard of Corsair You are on the list of recommended HWzone with a polished product, very comfortable to use and operation and of course great visuals. Well done. 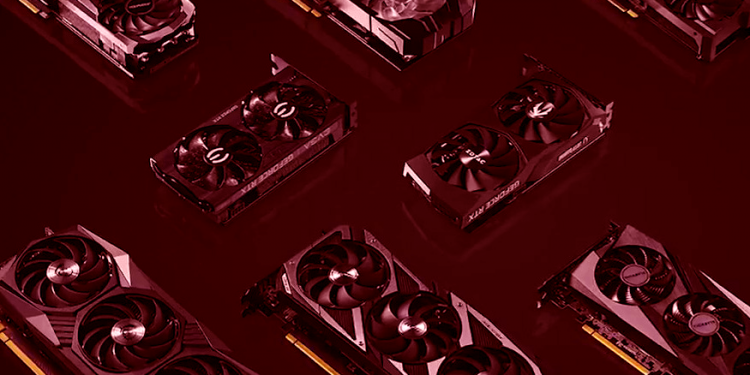