Mark the logs: AMD will show us the gaming capabilities of the Zen processors very soon 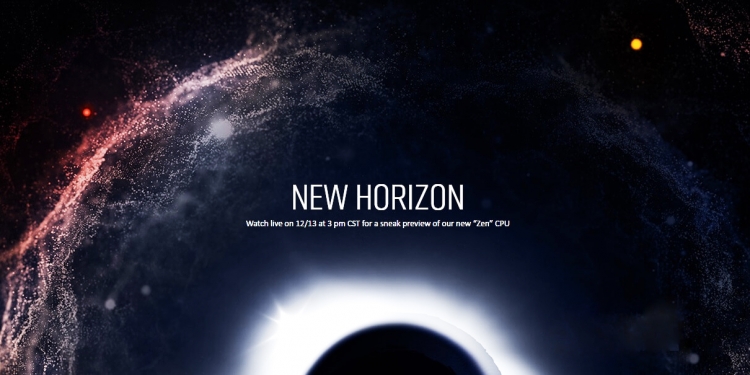 The chip developer will conduct a publicized event in Uncle Sam's country, where we may finally get some answers to the variety of question marks we have

Make room in your schedule - on Tuesday, December 13 (23:00 Israel time), we are supposed to get another and more formal introduction to the company's new Zen architecture AMD, Which is arguably the company's most important product in the current decade, and with its first commercial application of course: the Summit Ridge processor family, or SR.

AMD's online event will be broadcast live online, For all those who will be registered in advance for access to it on the official company website, It seems - and the brief description that appears next to the countdown timer and the title 'New Horizon' makes it clear that this will be the first time we will see the Zen architecture in action in the context of gaming and gaming, after the previous demo of the technology focused on software-based video processing. The Blender. After years in which Bulldozer architecture processors (and their derivatives) have been a bottleneck for graphics cards in quite a few of the titles on the market, we'll definitely be happy to get proof that inAMD Move to a situation in which they compete as equals in its products Intel.

The launch of the first Zen processors is set to take place in the first quarter of 2017 right now, and we very much hope that the online event in question is just a small appetizer ahead of the CES show in Las Vegas - where we can see the industry's support and interest in the new products. AMD, Which will largely determine their potential to succeed.

The same source declares official price levels between 150 and USD for the SR3 models for 500 for the most advanced SR7 models, which can offer a performance level to those of the Core i7-5960X and Core i7-6850K processors from the Extreme Families of Intel, Which are priced at a few hundred dollars above it. All this data is not verified, so it is advisable to treat it with a hint of skepticism - and yet, there is no arguing that a particularly interesting period awaits us in the world of desktop processors, such as we have not seen for several good years, and we will keep you updated.