The new brand, which will be the spearhead month of the Taiwanese manufacturer, will provide particularly impressive operating frequencies - which are in line with the most sophisticated models in the generationRTX 3000 so far

Love high operating frequencies, large heat sinks and shiny names that are all written in initials? You have come to the right article - the upcoming SUPRIM X series from MSI can provide you with all this and more, with its versions for the GeForce RTX 3090 and also for the GeForce RTX 3080 of NVIDIA.

First pictures of the SUPRIM cards leaked to the web a few weeks ago, but now we have a leak of their full technical specifications courtesy of the hardworking people at videocardz.com - and there is confirmation that the duo will equal the highest operating frequencies we encountered for generation modelsAmpere In terms of what is available straight from the box and the factory, without the self-speed of using exotic aids of any kind. 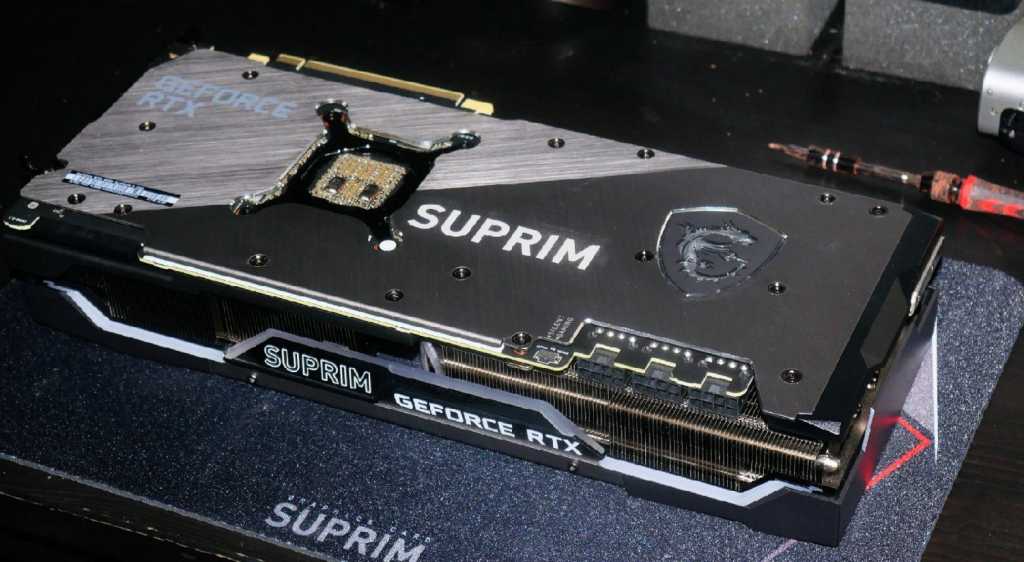 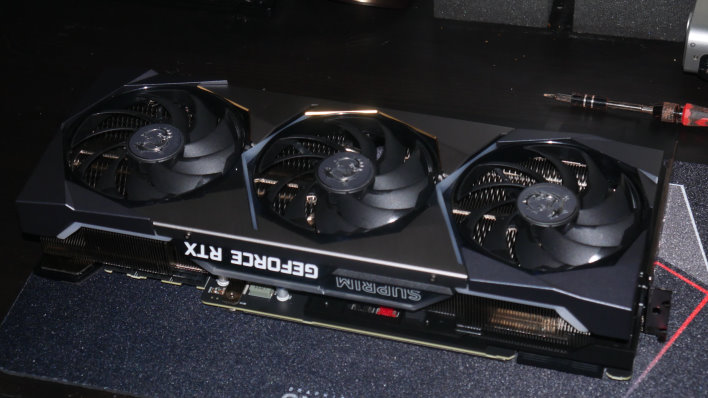 Thus,RTX 3080 SUPRIM X in an early leak, which did not reveal all the technical details to us but definitely made us believe that this is a product from the top end of the field

The RTX 3080 SUPRIM X will weigh 1,882 grams (!), Offer three full-size DisplayPort 1.4a ports, another full-size HDMI 2.1 port, will require three 8PIN connectors to power to reach its best capacity within an estimated 370-watt power envelope, With a recommendation for the use of systems that have a power supply of at least 750 watts - all in order to reach a guaranteed maximum boost frequency of 1,905MHz, which is an improvement of almost 11.5 percent compared to the guaranteed boost frequency in the Founders Edition versions fromNVIDIA herself.

The RTX 3090 SUPRIM X model will weigh even more than its 1,895g brother, with the same video ports plus the exclusive NVILINK connector for this model in favor of creating a dual-card array, three 8PIN connectors with a 420-watt (70-watt higher-than-official power envelope By NVIDIA) and a guaranteed Boost frequency of 1,860MHz, which is an improvement of about 9.5 percent compared to the official base and compares the highest official operating frequency that we also encountered in the Aorus XTREME model fromGIGABYTE.

Both cards will be offered with a large cooling system that will require three slots in the case (thickness of 61 millimeters) and includes three Torx 4.0 fans with RGB illumination between them, plus a silver metallic back plate with a bright logo of the gaming division at MSI and a quick and easy switching system between BIOS versions Tailored for maximum performance or for particularly quiet operation according to your preference in any given use. The official announcement may arrive tomorrow, November 20, and the prices are still unknown - but it is quite likely that they will be noticeably higher than the official and recommended ones of NVIDIA. Want to try and guess how much this pleasure will cost us, and what will be the model that will break these operating frequency records when launched? Let's do it in the comments.