Earlier this week we heard from Mr. Daniel Ben Atar, the co-CEO of the manufacturing plants of Intel, On the future plans of the chip giant with the Israeli brain. We were expecting to hear about serious things with engineering and progress obligations, and we seem to have got exactly the dish we ordered.

Recently experienced Intel Serious market changes inside and out, with the new market situation we entered last year historically accelerating the demand for more Processors By users. Competition from all directions is being armed with modern tools, and the need to innovate is growing far beyond what it was before.

Intel understands this well, and has recently been investing an unimaginable amount of money in improving its plants and advancing into new manufacturing processes. It can be said that Intel is obsessed with planting the seeds of the future that will become silicon trees for its processors later this decade. A few billion here, a few billion there, and there are factory expansions all over the globe, including here in Kiryat Gat, which today is already producing the full vigor of 10-nm processors with SuperFin technology. 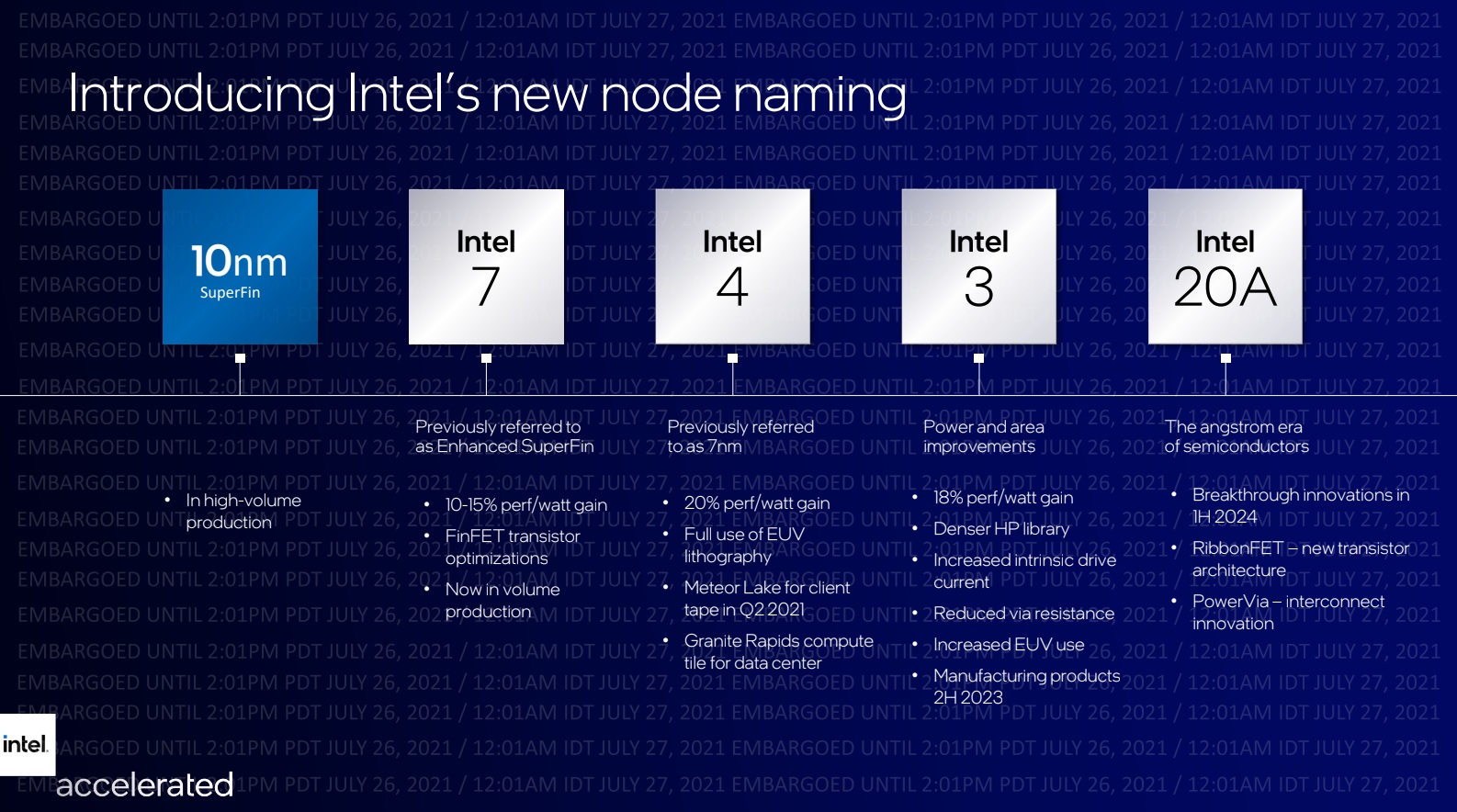 before everything, Intel Decided she had to embrace the trend of new names for new lithographs. The word nanometer did its thing long ago, when it lost its true value when the real index is transistor density and not a call to manufacturing processes at as few nanometers even though in practice the distance between transistors is significantly greater. After 10nm SuperFin's current Intel We will advance to a process called Intel 7 and so on. them Processors That will be based on this production process are expected to hit the shelves as early as next year.

Then the Intel 4 process is going to be a nice jump in the efficiency of the processors when switching to the use of EUV (Extreme Ultraviolet Lithography) technology. Using this equipment leads to the creation of Processors Much more compact and electrically efficient. process Intel 3 is expected to continue the trend and further improve CPU efficiency and performance, with products based on this process expected to hit the market probably only in 2024.

In 2024 you will also pass Intel What she calls a "new generation of transistor architecture," or the Angersatom era (a unit of measure that is a tenth of a nanometer). During the first half of 2024 is expected Intel Start production of Processors Micro-based architecture Using a transistor RibbonFET. This is a significantly efficient transistor with a small footprint.

Processors based on the same 20A process promise to make use of a variety of significant micro-architecture enhancements. It is a combination of RibbonFET together with a technology called PowerVIA. Those who are familiar with the world of hardware know that VIA is a term that is widely used for electrical communication between layers in a printed circuit board. In the world of silicon, too, the same VIAs are used to transmit signals and current between different printed layers. The PowerVIA of Intel Promises to be especially useful in its future processors. 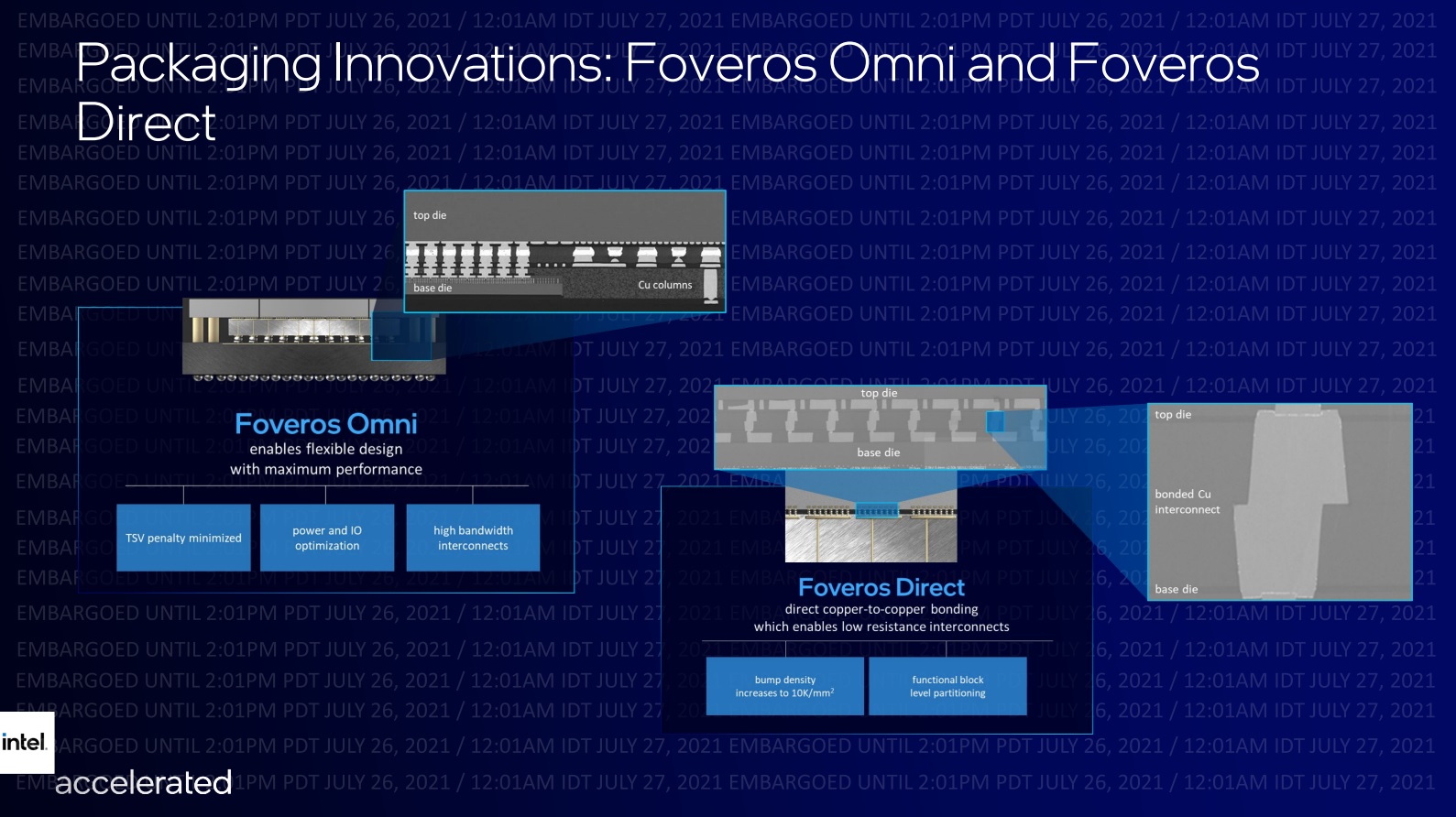 The icing on the cake… Promises, is a new packaging technology for micro Processors Which will reduce the electrical resistance and shorten the information burning times between the different silicon layers. Whether in layers one above the other, or one side to the other, Foveros Omni andFoveros Straight away. 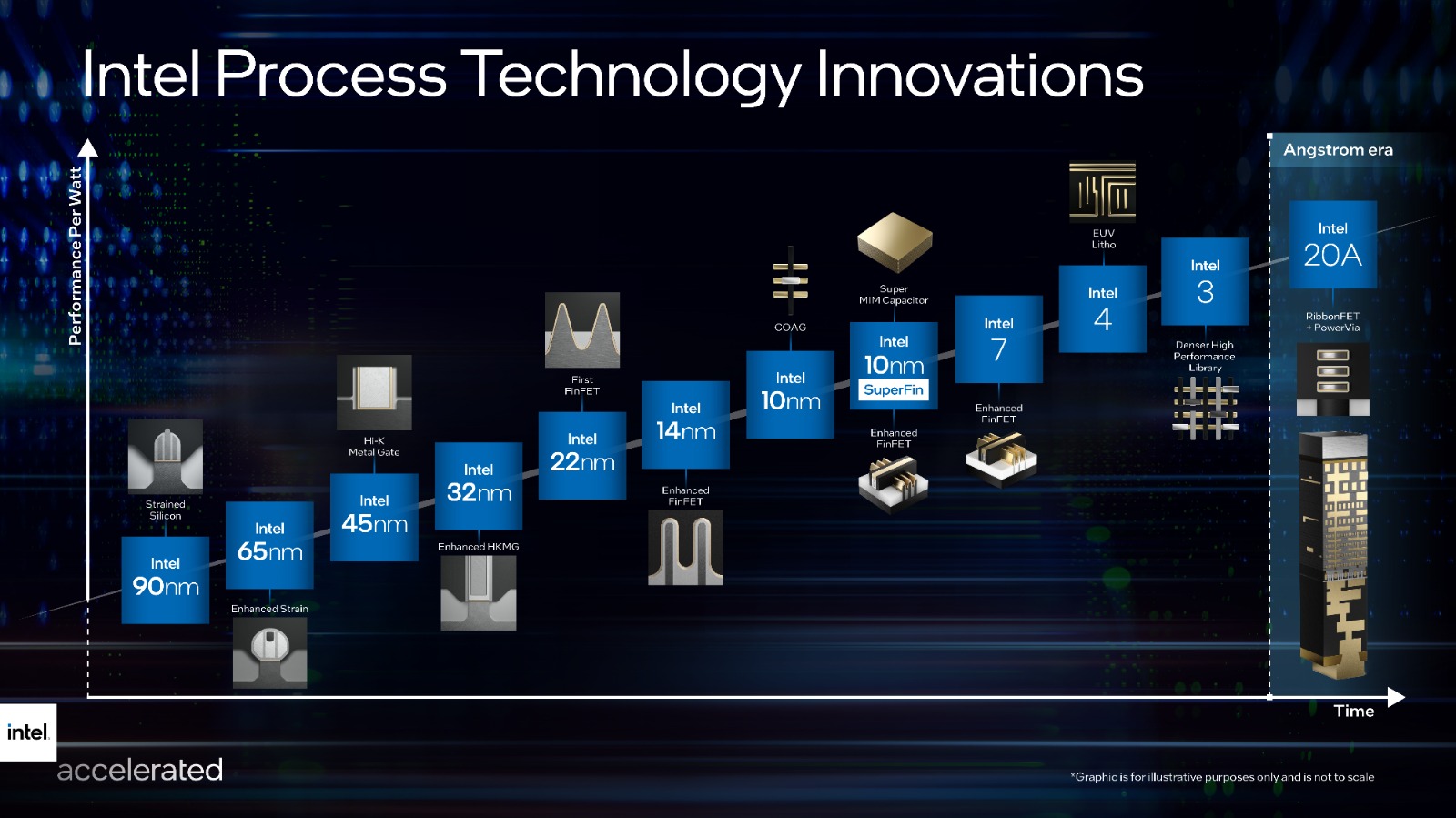 Although in recent years the market has become very challenging for Intel, That the production challenge work has become the main challenge, it seems to be determined with a lot of desire and especially a lot of money to correct injustices of incessant waiting for production processes and availability of products whose design is really new. While we are expected in five years to get the Angstrom era processors, Intel even gives us a spoiler and says that an improved process for it is already in line with Leviticus 18A.

We are left to hope that the present investments along with the huge future investments of Intel They will pay her royalties and fill the market with innovation and competition. We will need in the near future as much progress as possible, and every possible area of ​​life.