The Gospel of ADATA: Structured Liquid Cooling for Memories

The stand of the Taiwanese company at the CES 2018 exhibition included a huge amount of products from dozens of different categories - but above all, the unique Project JellyFish stood out.

ADATA can undoubtedly provide tough competition in the "most diverse company of CES 2018" category we have just founded - with hardware, gaming, audio, smart devices and more all crammed into one complex that would probably make any amateur Technology Losing the north for a moment. After the initial shock has passed, it is time to introduce you to some of the most prominent exhibits of this ambitious company.

All the-SSD In the world

ADATA is probably the company'sSSD The largest, among those that do not produce chips NAND Or controllers of their own, and it was also very noticeable at the booth at the CES 2018 which contained drives of almost any conceivable type. Conventional and traditional 2.5 drives, M.2 drives with and without fixtures Cooling Above them, drives dedicated to the world of factories and manufacturing that are designed to withstand extreme loads and temperatures, massive U.2 drives designed for information centers and servers, external drives including those that have been hardened to withstand blows, falls and other hazards - and this without even mentioning the range of drives.USB And the SD andmicroSD Which were displayed. 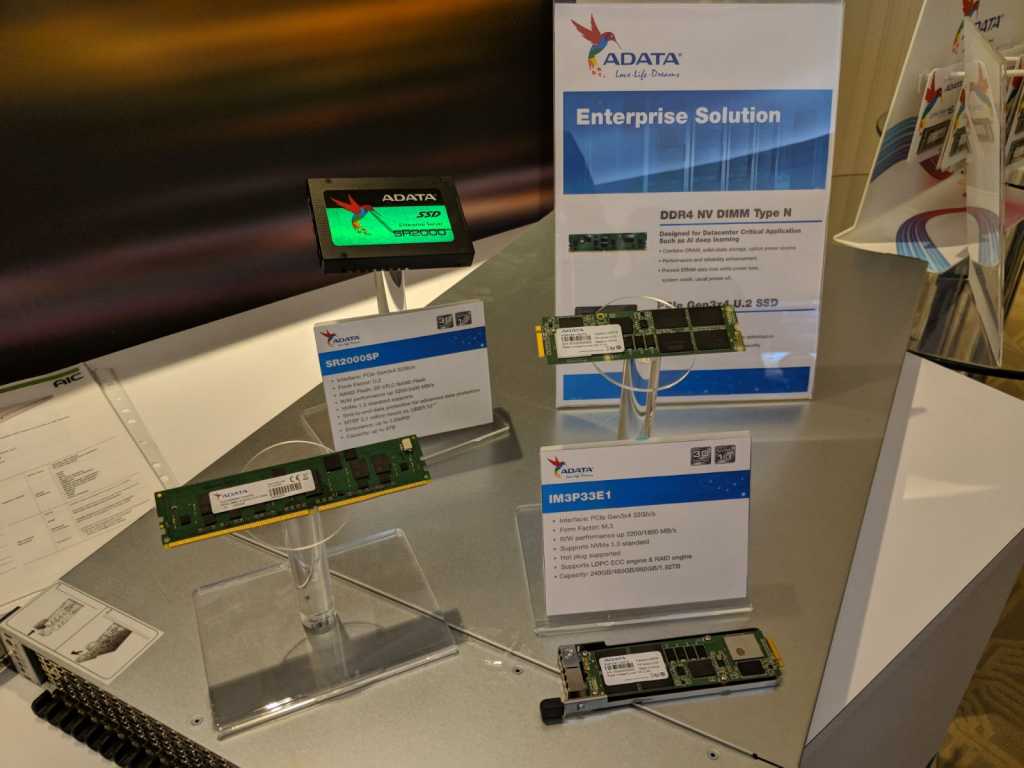 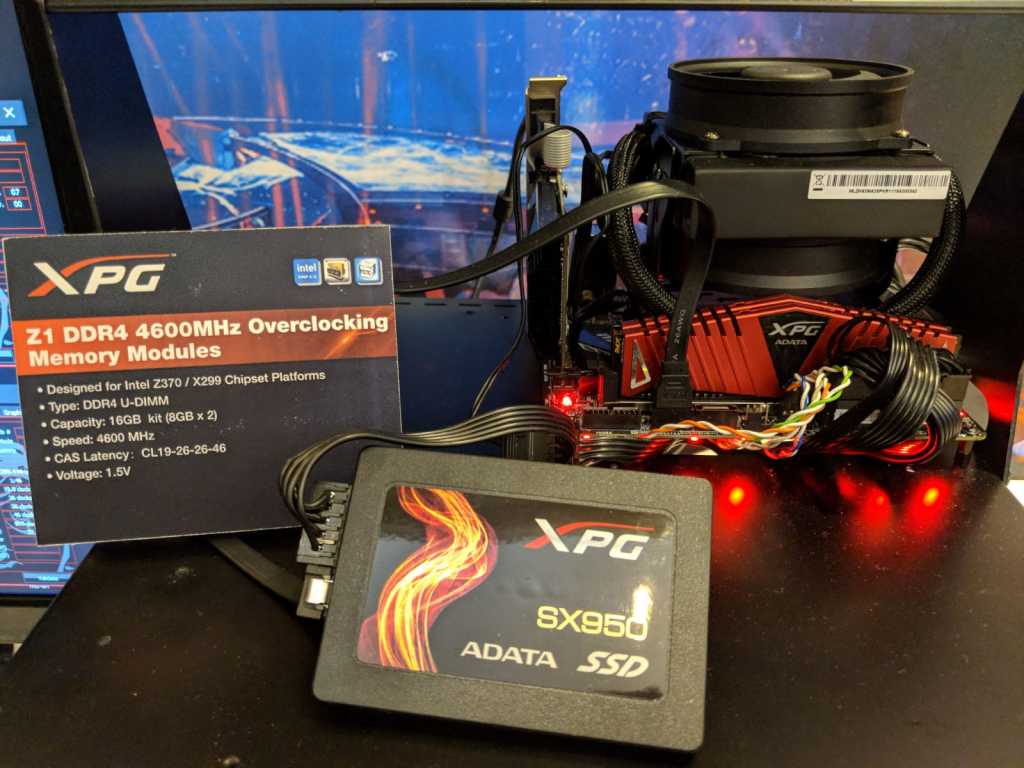 Of these, the most notable and intriguing was the new XPG SX8200, one of the first to be based on Silicon Motion's SM2262 controller, which so far seems to be able to offer genuine competition for the 960 Evo סמסונג - At lower and more competitive prices, ostensibly. 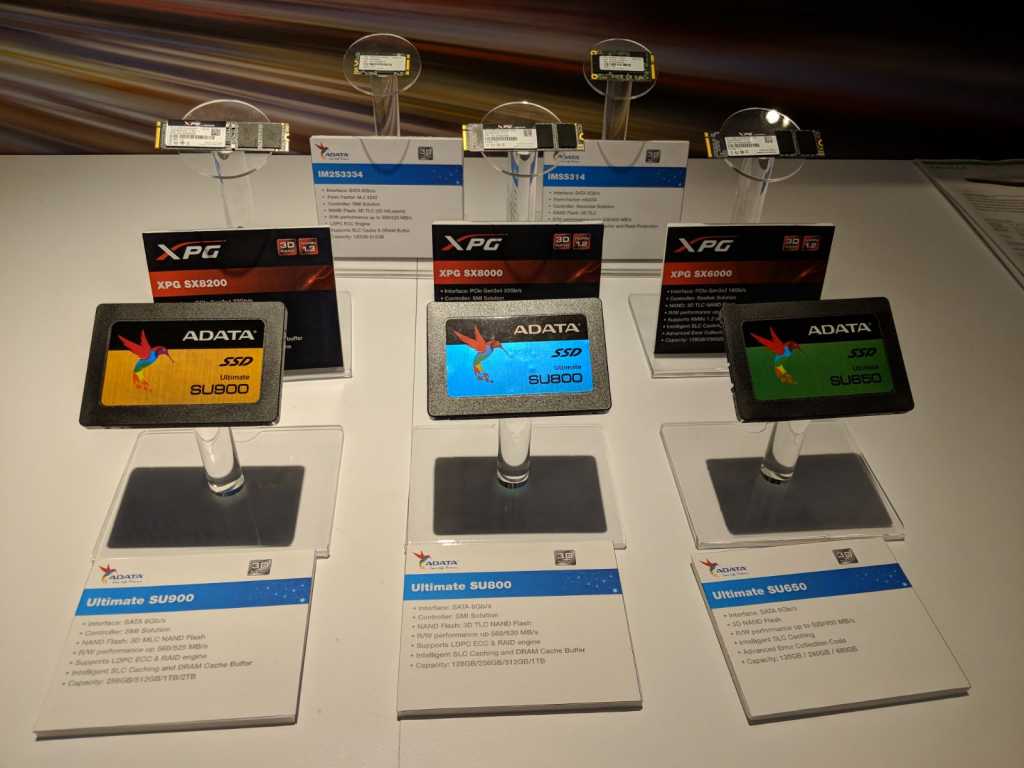 There is also a body Cooling Active for the most advanced M.2 drives, so you do not have to compromise performance at any time or in any situation

Smartphone accessories were also installed at the stand, among others in the framework of dozens סוללות Colorful and bright exterior in various capacities, which today constitute almost a basic consumer product for anyone who uses his smart device constantly (almost all of us), various unique cables (eg dual cable compatible with devices USB Type-C and parallel microUSB devices) and position wireless charging In the common Qi standard which boasts a thickness of 6 millimeters only. 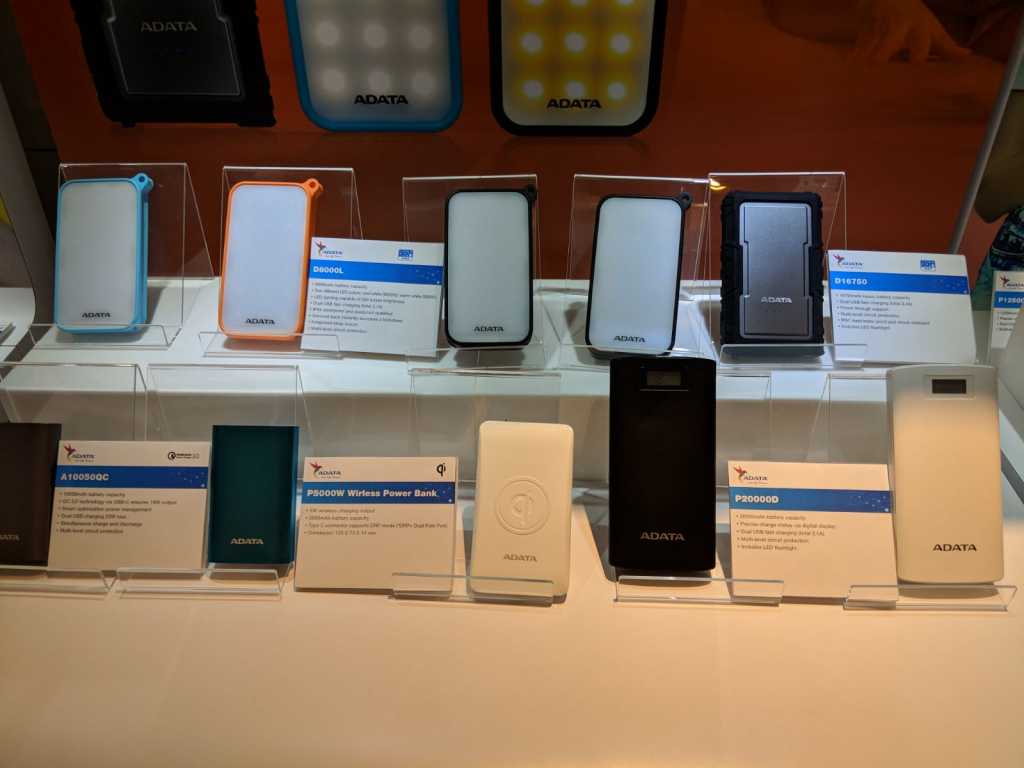 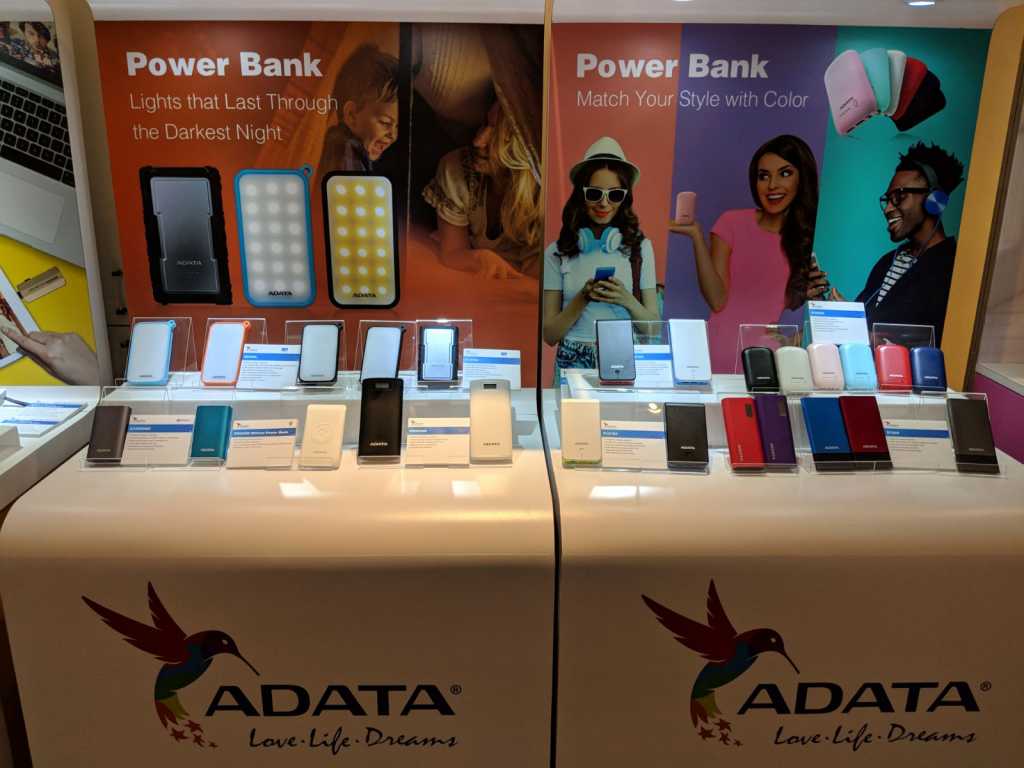 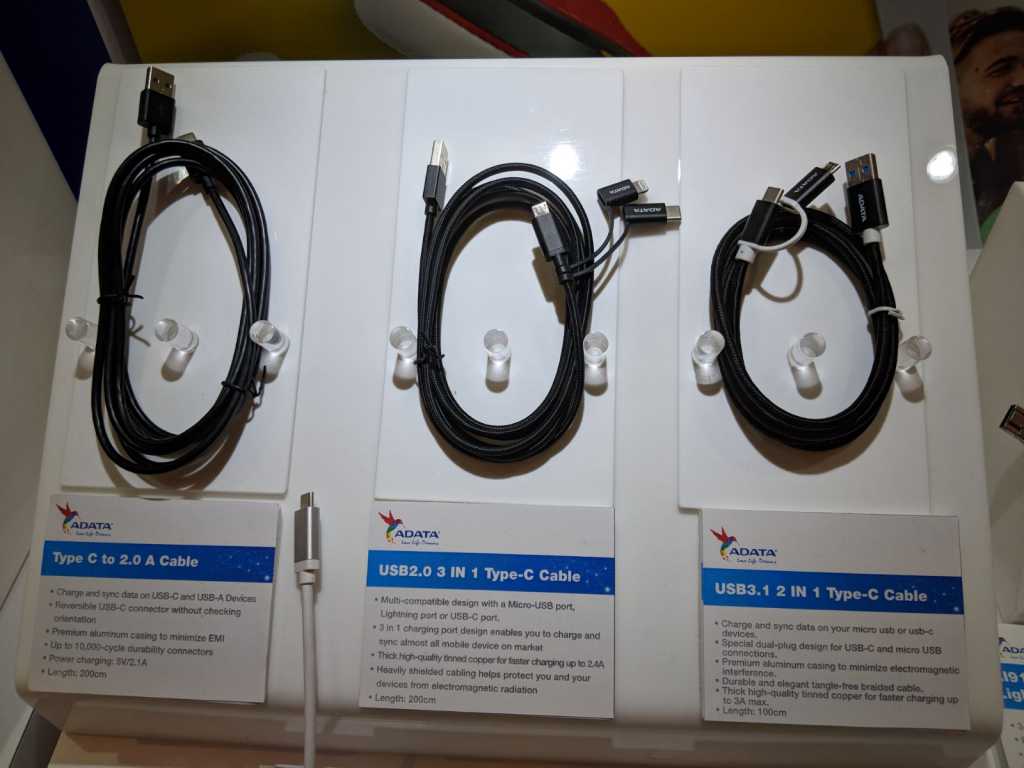 Everything you just need along with your smart devices

Like any other player in the world of peripheral equipment, it seems that ADATA has also decided to dive into the audio market, with earphones aimed at an ever-growing audience of gamers, as well as interesting in-ear solutions presented as an ideal solution for mobile gamers, Tablets Or even with the consoleNintendo Switch which was one of the attractions of the visitors. 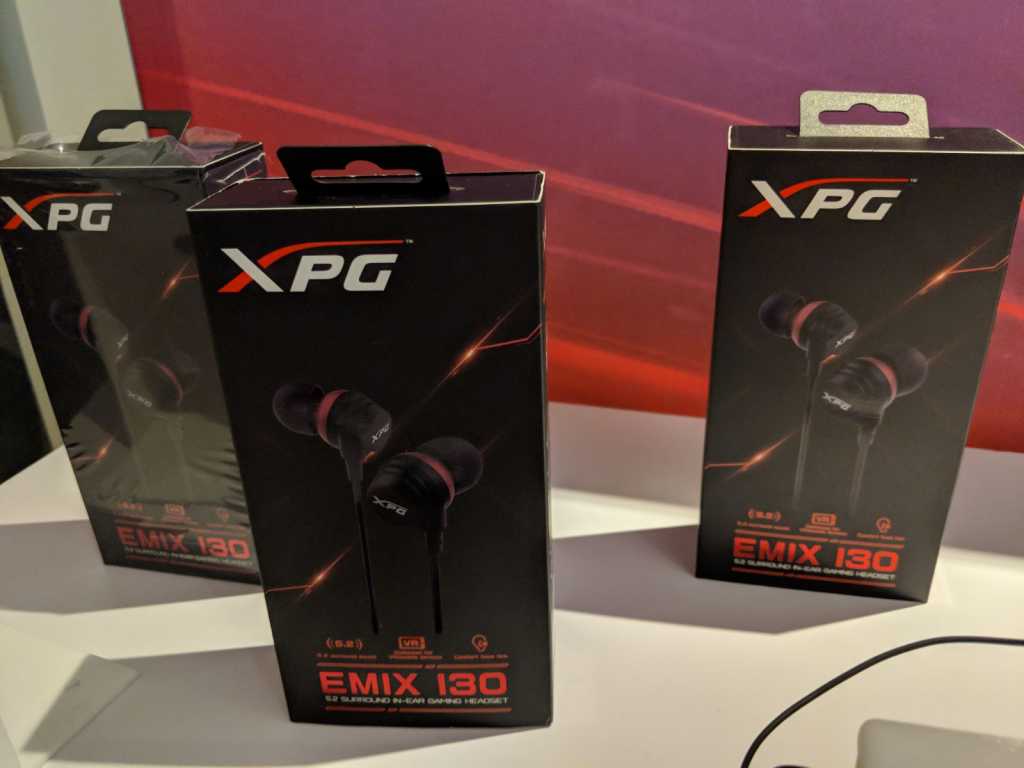 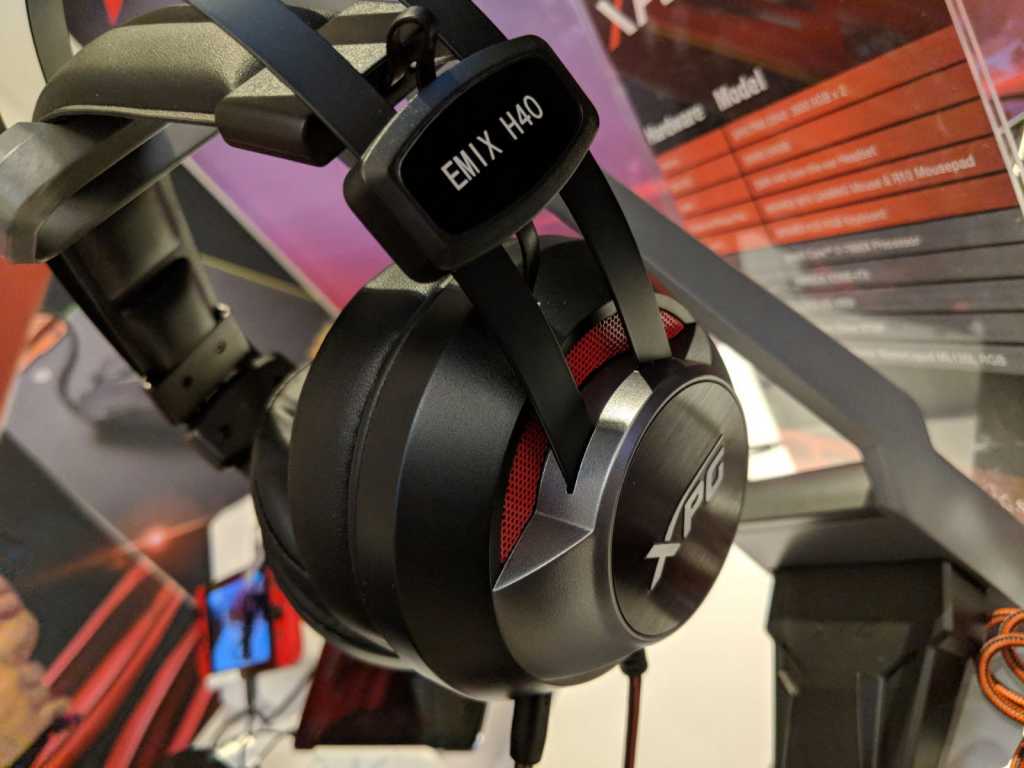 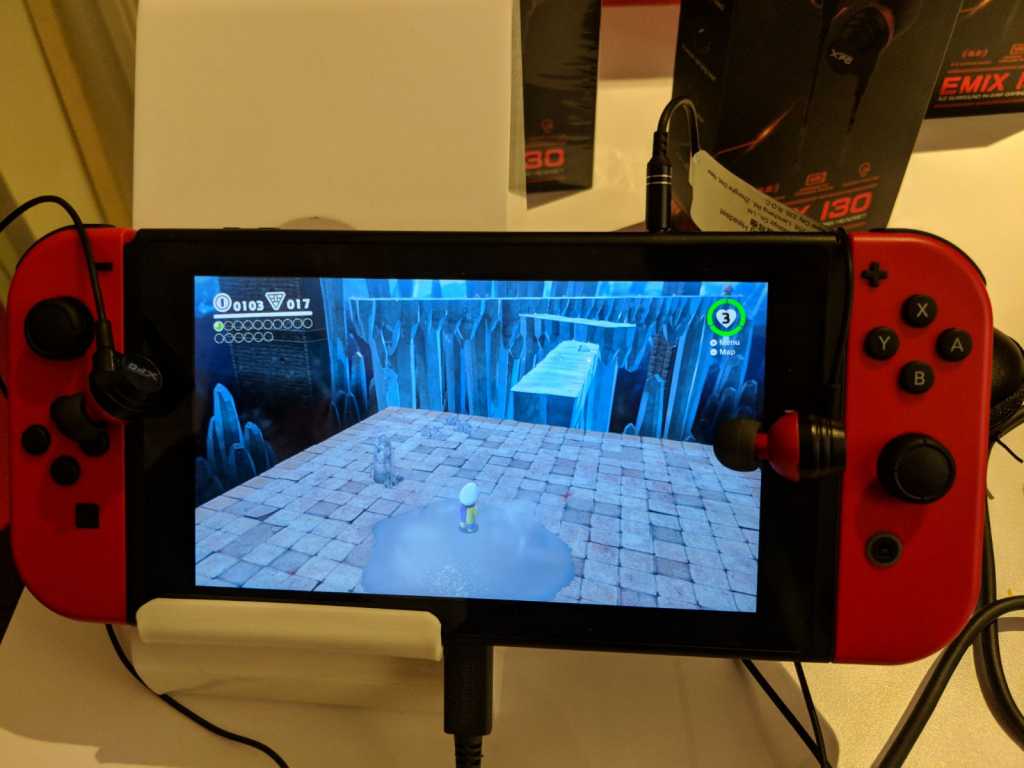 is also robot Was there

The company introduced a pair Robots Friendly toys designed to serve as an interactive and developmental toy for children or a handy home reference product that can provide relevant updates and voice alerts as it travels after you.

We do not know if there is any important technological news here or not, but with names such as Moonbubu (the small version) and Moonbobo (enlarged version) it is quite difficult to refuse them.

is also Mobile They need a colorful enlightenment, it turns out

In the dynamic memory field we saw ADATA proud of the Spectrix D60 memory in the fixed-line configuration, with light illumination of course, reaching the 4,600MT / s speed, thus comparing the record that was recently set by Corsair And G.Skill - and also in new Spectrix DS40 memories in the reduced SO-DIMM configuration, which are the first of their kind with color LED lighting, in favor of compact Mini-ITX systems in which they are used, or even for computers Mobile, If you decide that this is the new fashion for you. 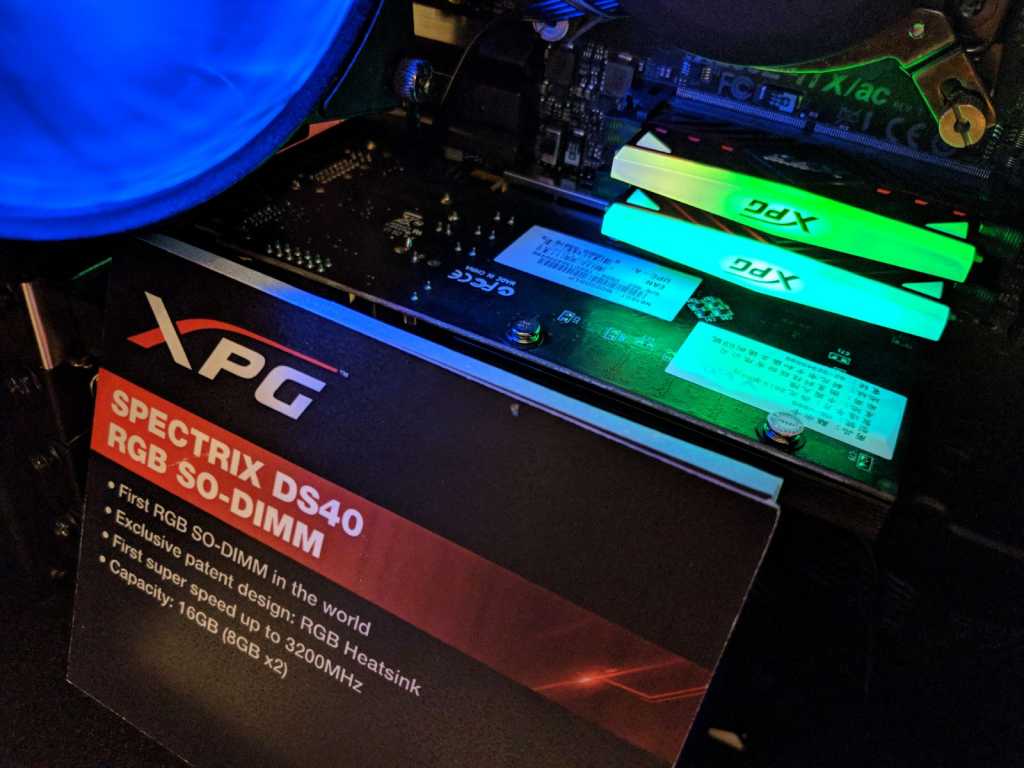 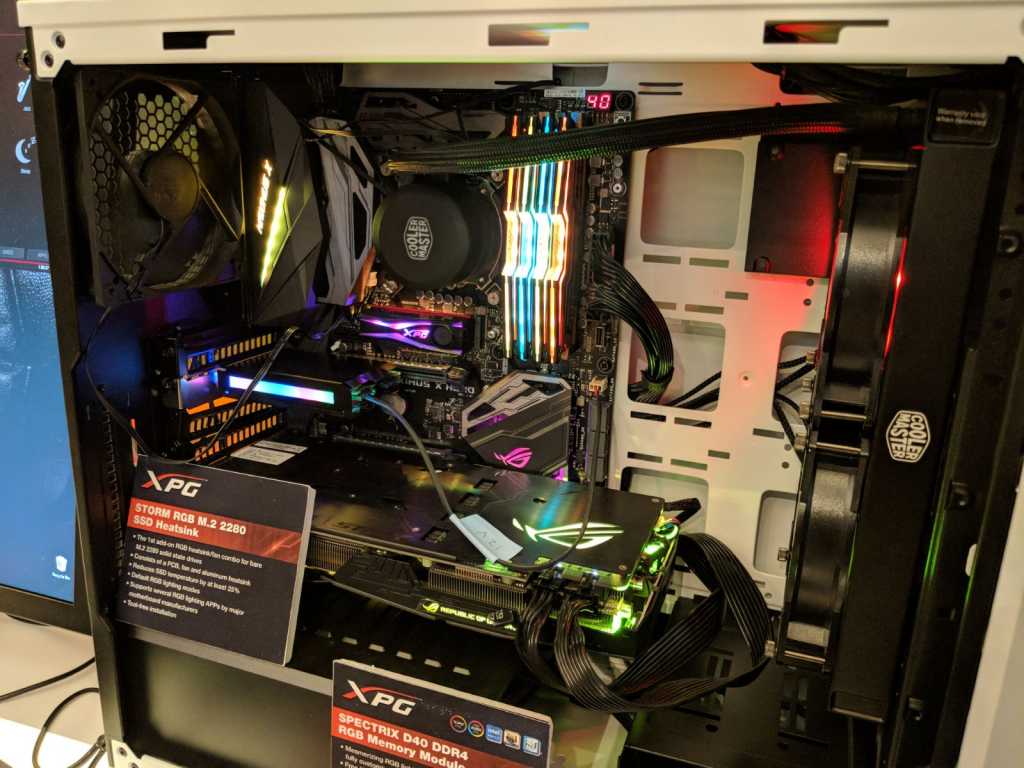 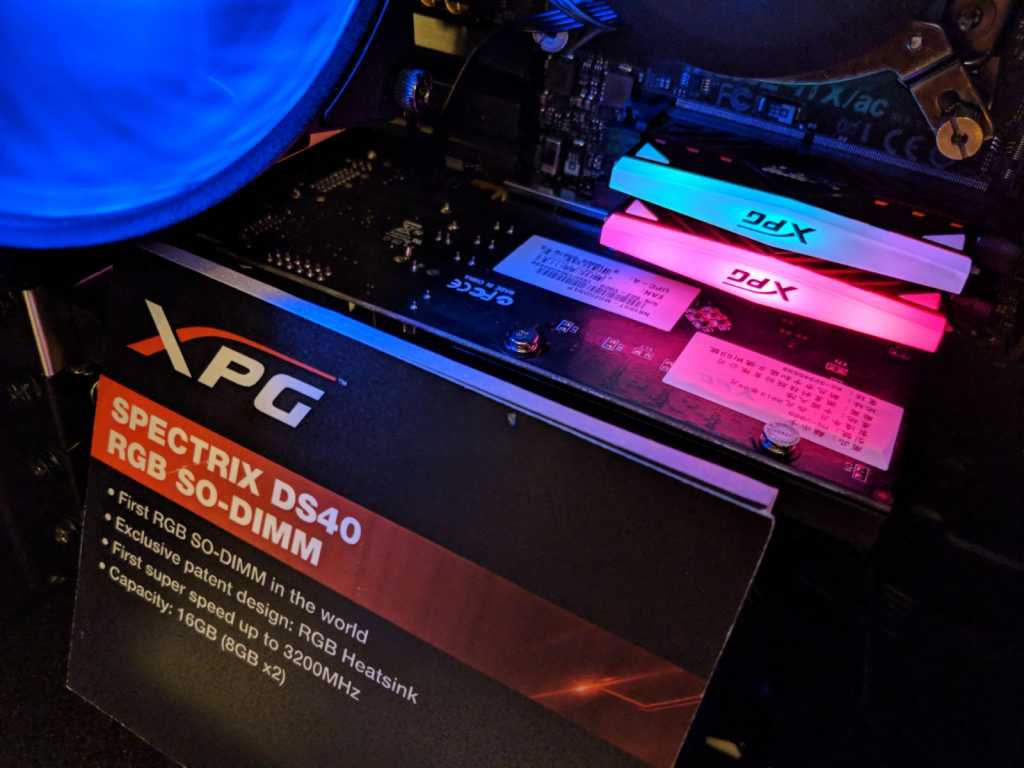 For dessert, we will tell you about Project JellyFish, which may be a glimpse into the new era of dynamic memories: The company introduced a memory stick DDR4 Has a sealed sealed enclosure filled with mineral oil with optimum heat dissipation characteristics as a substitute for the common metal heat exchangers. 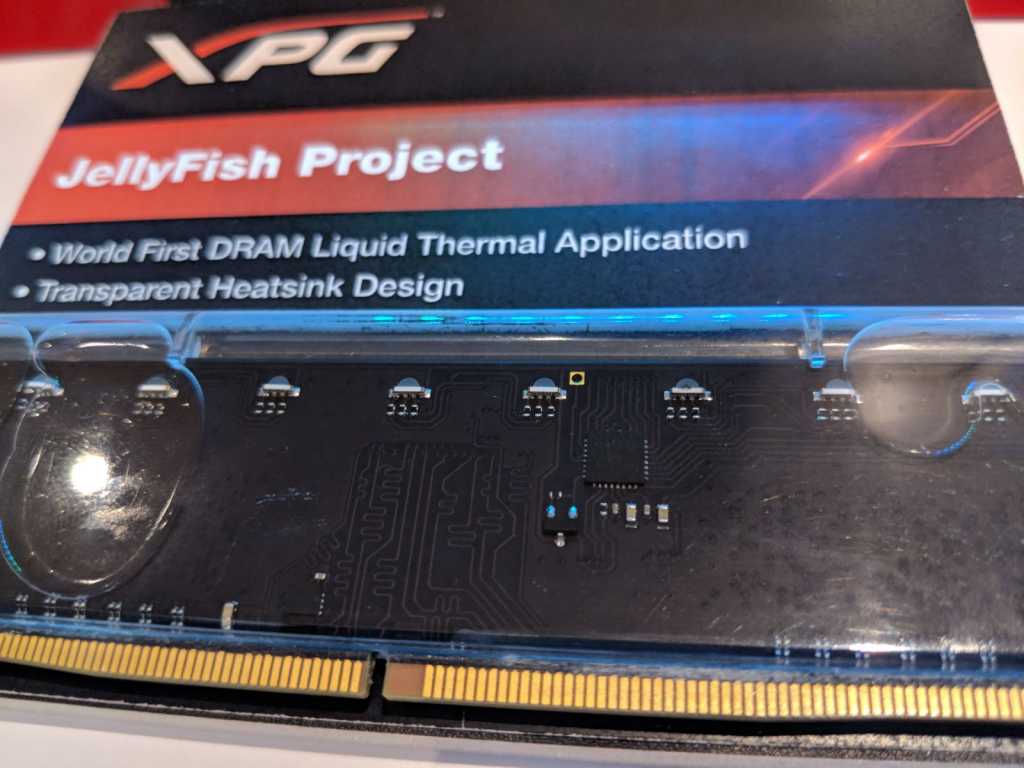 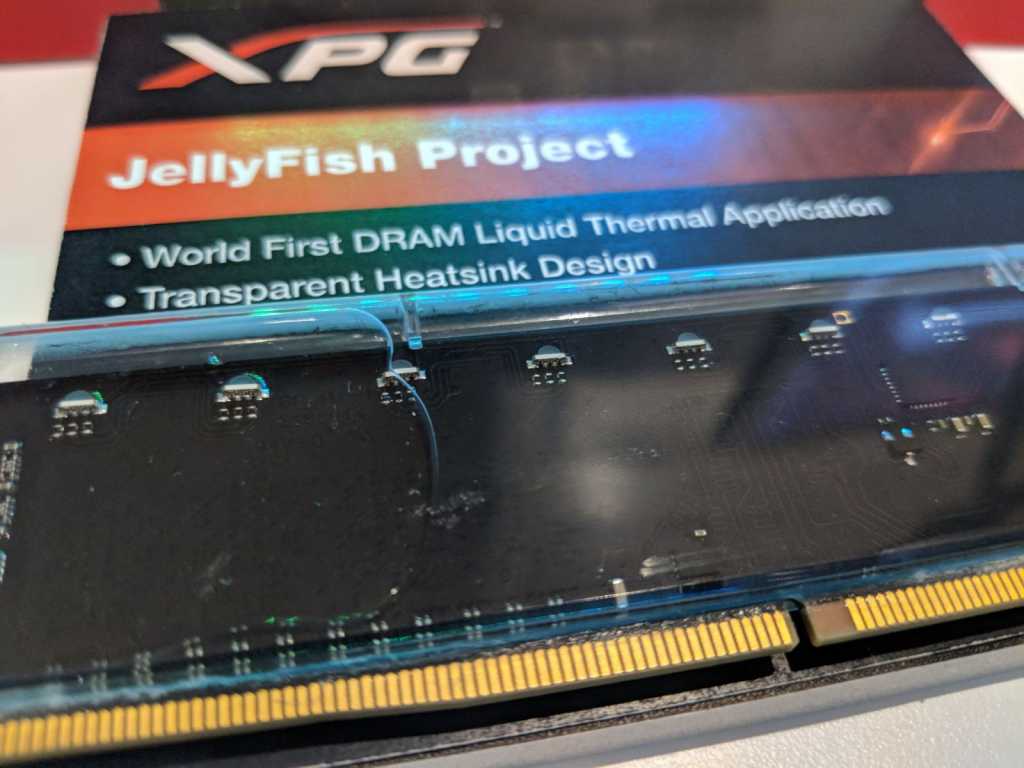 Memories in a completely new style - do not give up the LED lights, of course

This solution should be effective for faster cooling and effective heat dissipation on the dynamic memories, especially when they are in a cluster of four or eight units together on the motherboard, and even if the practical effect will not be revolutionary for extreme speed enthusiasts - at least we have special products And refreshing that allows one to be impressed by the hardware which is usually hidden under the lid.