An amazing sight: the laptop that makes smartphones jealous

The next-generation pocket devices of Huawei Launched in just a month, on 27 in March, but the Chinese actress has managed to generate significant online interest without them - through a new generation of Mobile The Matebook X Pro, with a thin screen shell in a completely unprecedented way.

Laptops (and also desktops) have been following the trend of narrowing and cutting the frames around the display panel for a while now, just like in the smartphone world - and Huawei seems to have decided to take this race one step further when creating PC Whose screen occupies more than 90 of its total shell space, 91, to be exact.

The Matebook X Pro's screen is so innovative that the company has had to develop an unexpected webcam solution - integrating it with the mobile body in a configuration that 'pops' out when in use, and also serves as a kind of shutter that ensures it doesn't turn on and document without consent or knowledge The consumer.

The rest of the specification of the laptop consists of a bright and advanced 13.9 x 3,000 pixel resolution with 2,000 millimeter thickness on all sides, Core i4.4-5U and Core i8250-7U quad-core, LPDDR8550 memory xD Gigabyte, 3 Gigabyte or 8 Gigabyte NVMe Drive-Based Storage Volume, Impressive Dimensional 16 Watt Battery, USB Type-C Connector with Thunderbolt 256 Connector, 4-Speaker Array And even a graphics card of the kind NVIDIA MX 150 that will be offered in all product versions.

The really painful thing here will be the price, which will range from 1,500 USD / EUR as a starting point to 1,900 USD / EUR for the most advanced model - Ouch.

Huawei was not satisfied with the computer and also launched a pair of fresh tablets based Android, And not just tablets - but expensive and prestigious models with a generous QHD resolution of 8.4 inches and 10.8 inches, a system Android Oreo, two or four speakers (In the small and large model respectively) and chips Kirin 960 advanced octagonals, such as those that operated the P10 and P10 Plus devices last year. Could it be something worth 350 euros and more of your money? We doubt it - but it's a little hard to argue with a giant manufacturer that breaks its own records every time. 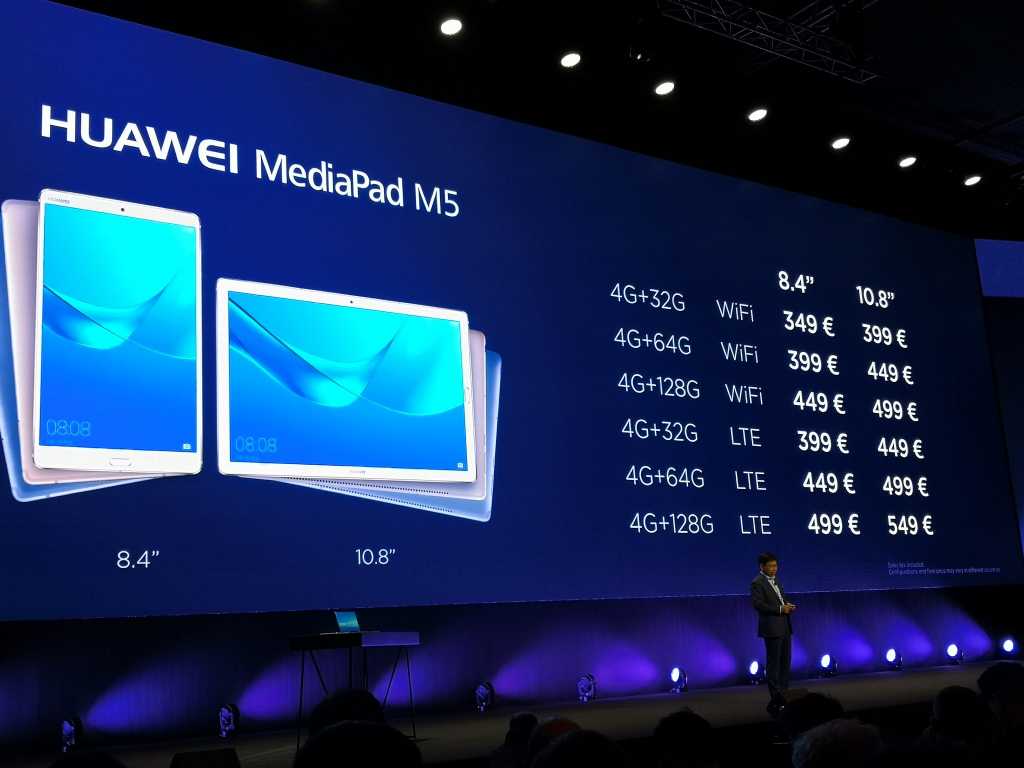