The new AMD makes a mess

Today, the Radeon RX 5600 XT is officially launched - AMD's new video card that wants to make a mess of bidders NVIDIA In the middle market. Does he succeed in the task? We went for a comprehensive review

Last summer we saw a pretty serious comeback from AMD to the video card world when it launched the Radeon RX 5700 series, the first video card series based on the 7 nanometer process from the TSMC plant and providing an appropriate response to the video cards of the NVIDIA In the market between $ 350 and $ 400.

We then set out to meet the little brothers of the RX 5000 family who are the RX 5500 XT in 4GB and 8GB versions. graphic cards These target the FullHD Gaming Market with $ 170 and $ 200 price tags respectively.

Today, delivery AMD The curtain behind its new video card to the world of gamers in one of the most crowded and popular markets, between $ 250 and $ 300. This is a market whose outstanding features are the use of FullHD 1920 × 1080 resolution and high display settings, often with a high refresh rate of 120Hz-144Hz. 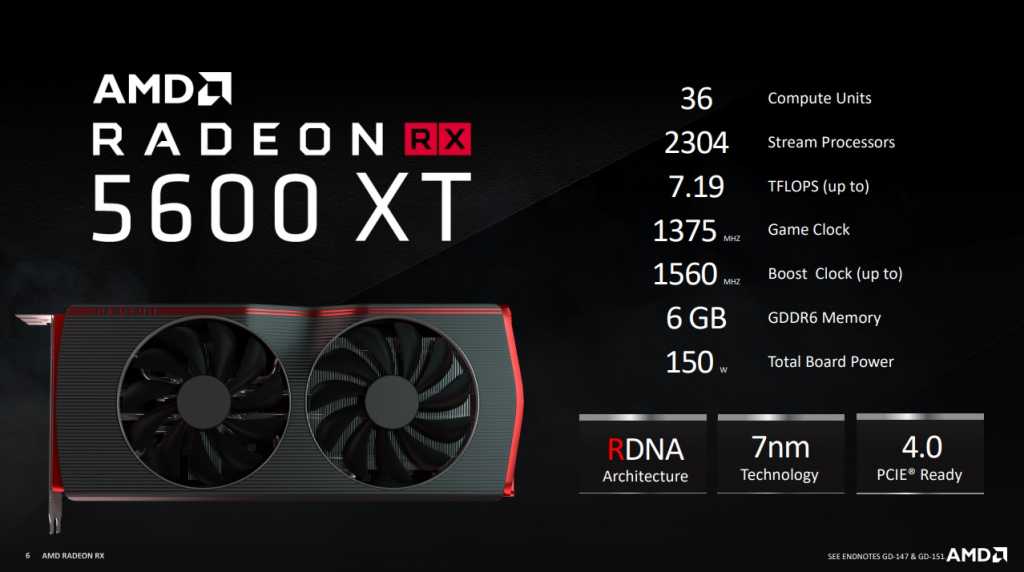 For the first time, this is a video card that comes with 6GB graphics memory fromAMD. So far we have been used to seeing 4GB or 8GB. One of the reasons is the existence of the same volume זיכרון Graphics on the competing video cards of the RX 5600 XT or two, cheaper and slightly more expensive.

This video card is quite surprisingly based on the same graphical core on which theRadeon RX 5700. The core, NAVI 10, contains 2,304 Processors These two video cards are united.

The main material difference is that the RX 5700 gets זיכרון Bandwidth of 256BIT and RX 5600 XT bandwidth was limited to 192 BIT. Similarly, so does the memory volume from 8 GB to 6 GB. The type of memory is GDDR6 And it is rated to work at 1750Mhz or an effective frequency of 14Gbps.

"Wait, until a week ago? Why?" Well, a few days ago, just before we went for performance exams, we got a message fromAMD There is a new bio that needs to burn on our graphics card claiming it "optimizes stability and performance". At that moment we realized that this was the answer to the possibility that the RX 5600 XT would produce Performence Lower than expected. This is a situation where using a fairly fat core with a low working frequency becomes a situation where it is used with a high frequency. More on that later. 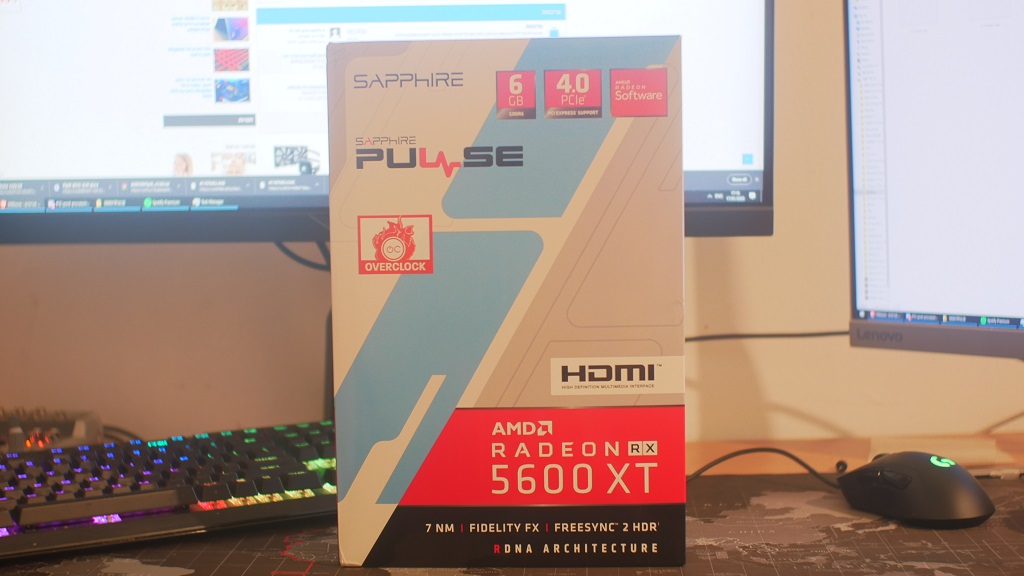 The specific model we're reviewing in this review is Sapphire's RX 5600 XT Pulse OC, a company that is affiliated with the video cards of AMD. This model is asking for an additional $ 10 over the $ 279 starting price. 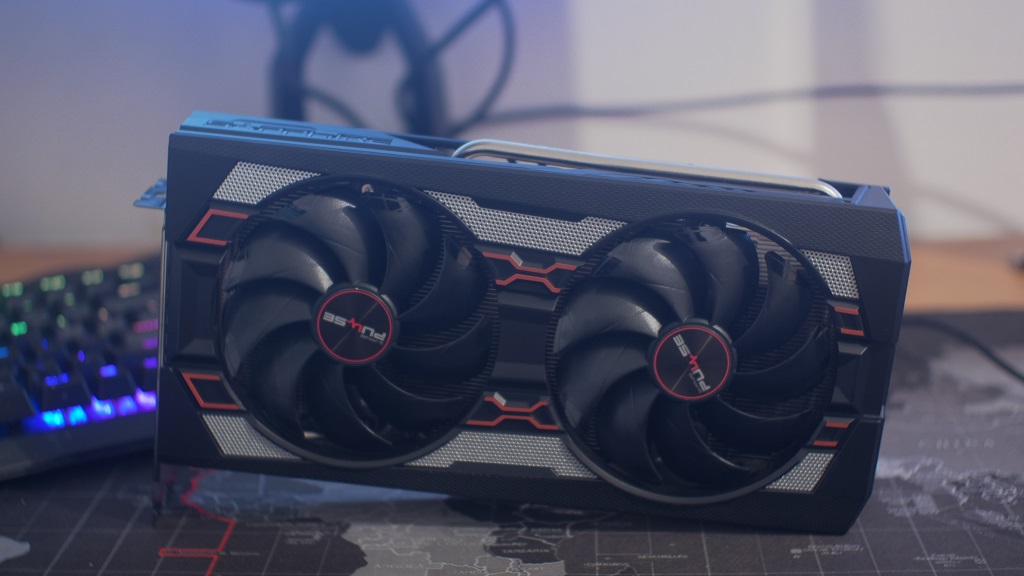 This video card is identical in size to the Pulse version we met on the RX 5700 XT from home Sapphire. It contains Cooling Advanced with three copper pipes and two large fans. 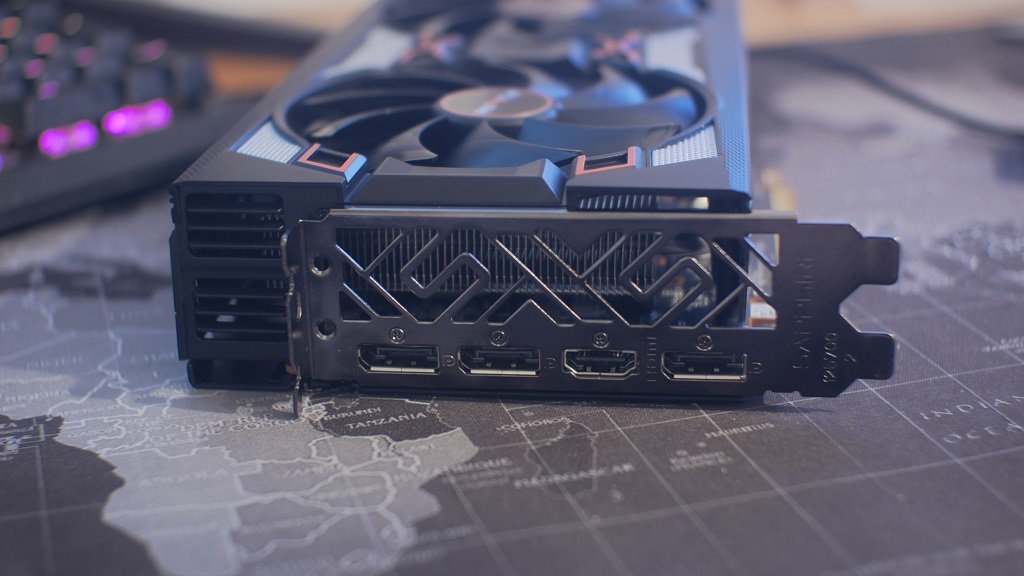 The display ports are three of a kind DisplayPort 1.4 and one type HDMI 2.0. Up to four screens can be connected at a time. 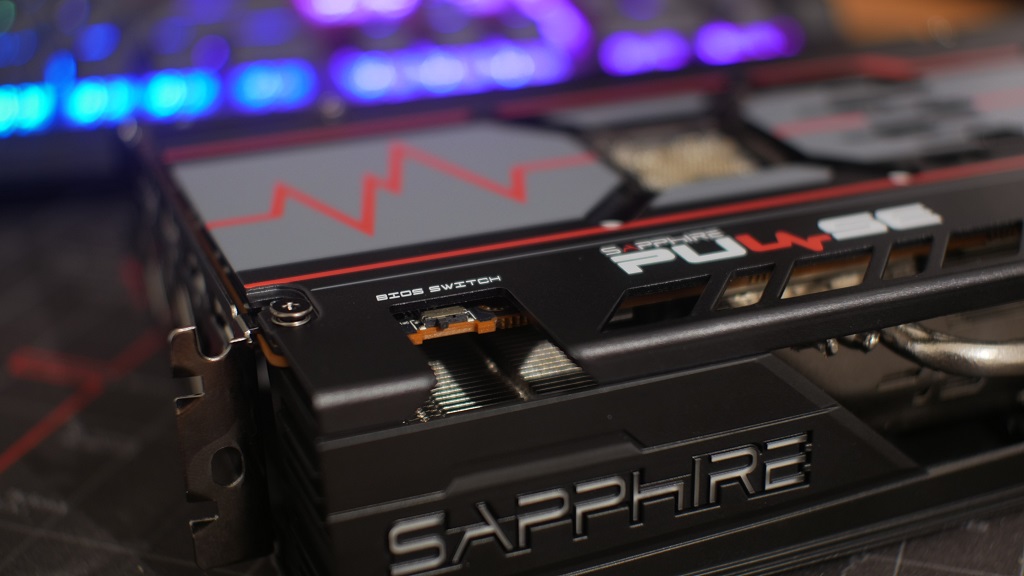 This video card contains two bios chips, one aimed at quiet operation and low frequencies, the other at higher frequencies and thus increased power consumption. For the purposes of this, the video card will look at the faster BIOS, which reflects the user experience with the "as is" card from the box. 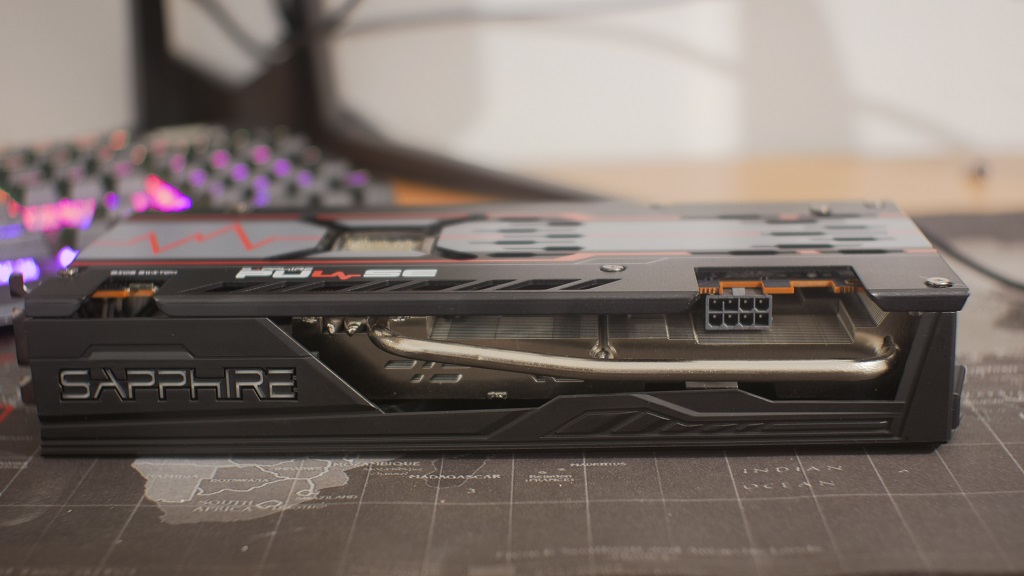 This video card uses the printed board that you use Sapphire Fortification RX 5700, as well as its heat sink. We encourage such moves that also give us an "over-engineered" product, and also save budget producers Development. This RX 5600 XT requires one power connection from the 8PIN power supply PCI-Express. Its heat casing is set at 160 watts.

Increase the power before launch

Here's a move we haven't met in our many years. A few days ago as part of the continuous relationship in the days before a product review, we received an update that our video card should undergo a bio update, and that its performance does not reflect the "real" RX 5600 XT performance. Ok, this is a process we have met several times, probably such and other stability issues. This is what the technical data for the old bios version looks like: 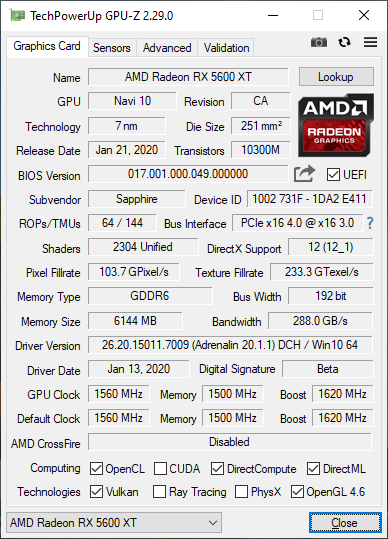 Okay, a 1560Mhz core frequency as described in the press conference, everything seems perfectly reasonable. זיכרון Effective 1500Mhz or 12Gbps effective (GDDR6 doubles by 8). I did not suspect. What am I ... suspicious? 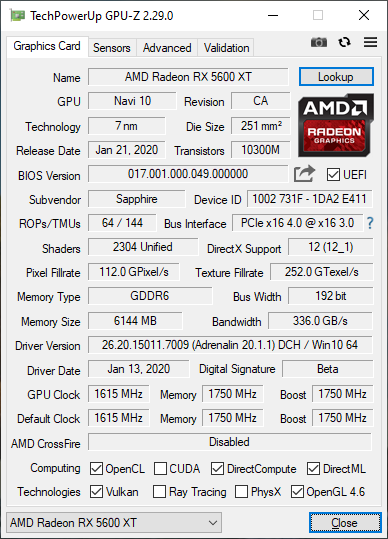 This is what the new version of Accumulation accrued to the video card looks like. Graphic memory leaps to an effective frequency of 14Gbps, increasing the information traffic path from 288GB per second to 336GB per second. The core frequency of the core rose to 1615 Mhz from 1560 Mhz. The turbo frequency also leaps from 1620 Mhz to 1750 Mhz.

At that moment it became clear to me - after announcing a price reduction to RTX 2060 for $ 299 should -AMD Click a button to make her product faster and more competitive, and she did. My quick exams between old and new hires showed a 10 percent improvement Performence And more.

Wait, there's more!
Join To the group of zon And you can receive exclusive updates on various offers on the net, share content that you find interesting, consult with members of the site, and more - Join now!
Tags
AMD ships Radeon Sapphire
Share
Facebook Twitter LinkedIn WhatsApp Telegram

Don't feel like it's there: Meet the GeForce GTX 1650 that doesn't need fans

Don't feel like it's there: Meet the GeForce GTX 1650 that doesn't need fans