The security gap in modern processors of all kinds is being repaired in the operating system Microsoft Office, And various tests from across the network indicate that in most cases it is possible to breathe a sigh of relief and stop worrying about a system that will suddenly become faltering and slow

A few days after an explosion Security breaches The thoroughness that puts most of the computers and smart devices on the market at risk, which has led to a lot of uncertainty and anger, we finally have more well-established information and even solutions to a loophole that is actually two different methods to achieve a similar malicious goal - already given the official names Meltdown and Specter by The researchers who discovered them.

Two different loopholes that affect almost all systems in the market

Meltdown and Spectre were first discovered by a team of researchers From the Google Zero project, Which collaborated with researchers Security From some academic institutions and found that performing very specific procedures can expose the most basic information in the various operating systems to applications with only basic permissions and those that created them, in a way that "breaks" the hierarchy and puts personal details of users who should be potentially compromised.

It is not known that software or malware used actualized loopholes, but it seems that a combination of the fact that they are most common for their repair is quite challenging and can not be based on microprocessor processing of the processors has made the ads for the HUMMER much larger than any gap Security Another that has been exposed in the past year - and with it the potential for more attempts to adopt Specter and Meltdown for improper uses in the future is growing. 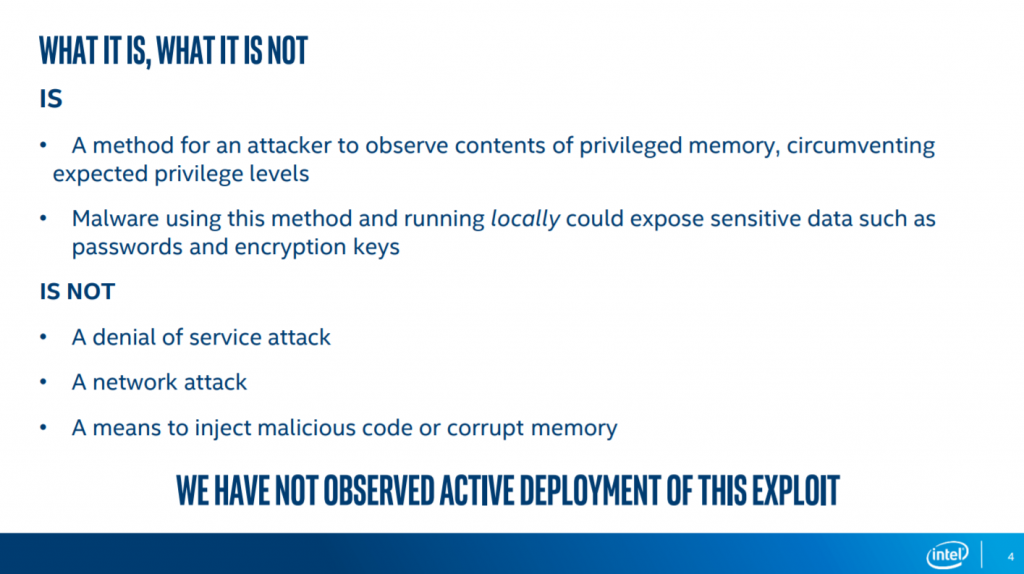 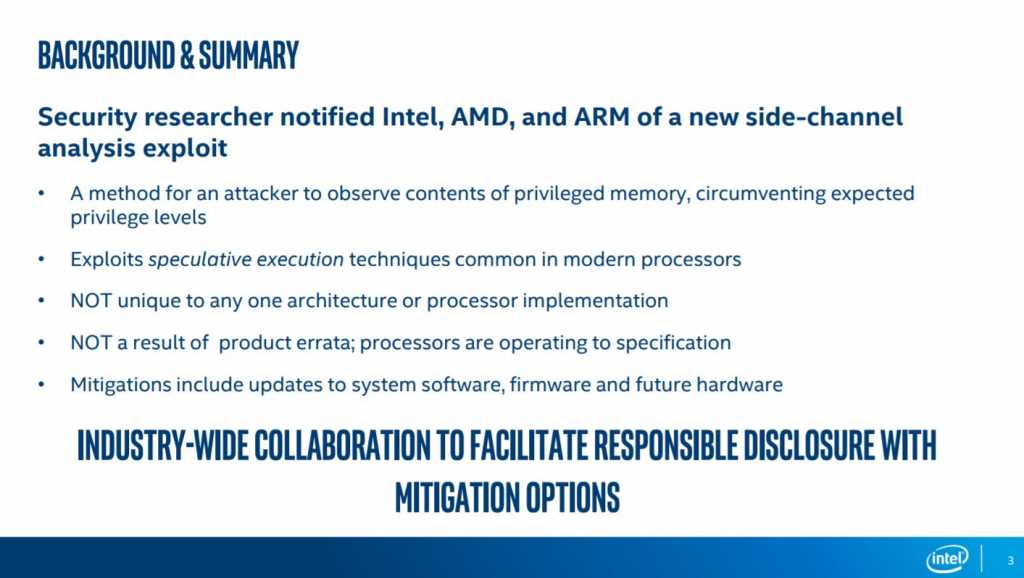 Specter is a headache for almost every processor on the market - while Meltdown is "exclusive" to Intel, Ostensibly

While Meltdown's operating system makes it possible to implement only in Intel's Labs, with most of the architectures and generations launched since the beginning of the decade, Specter is an even more advanced and complicated loophole - which is also possible on Intel's Labs Also on AMD's products, Also on ARM Cortex-A cores And even in the power architectures of the company IBM In the world of servers.

The correction is on the way to us all

We will probably see quite a few patches and updates that will aim to completely and optimally close the problems caused by Metldown and Specter in most operating systems on the market, including those of Apple and Google and also the various Linux distributions - but in the meantime what we have is patches for the system Windows 10 In all its variants, a system Windows 8.1, editorial board Windows 7 And for Windows Server 2016 from Microsoft Office. Updates have been released for manual download at this time and will be massed to the hundreds of millions of users running from Tuesday, Security Urgent - to ensure that the security problem is corrected as quickly and comprehensively as possible.

We definitely recommend not to wait for the automatic update to come in any way, And perform a KB4056892 update installation Already, to feel a little more secure and relaxed.

With the release of security updates for the most common system on the market right now, it's time to talk about the elephant in the room - and that is the performance after the patch is installed, or rather the initial assessment that they will be significantly affected as a result. A number of sites have already taken an in-depth dive into the subject already, with different computer systems and different performance metrics being tested and providing varying answers, and it seems that at this point it can be declared that for most simple home consumers, this update should not create any noticeable issues. 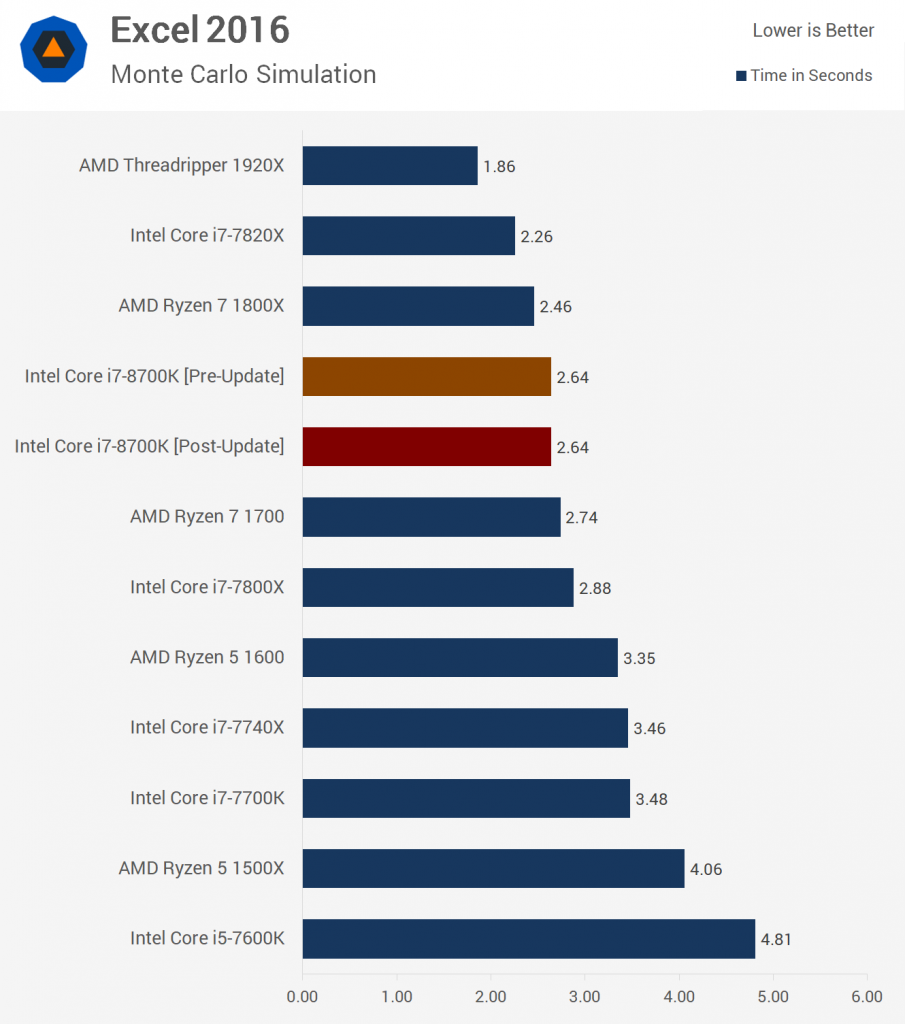 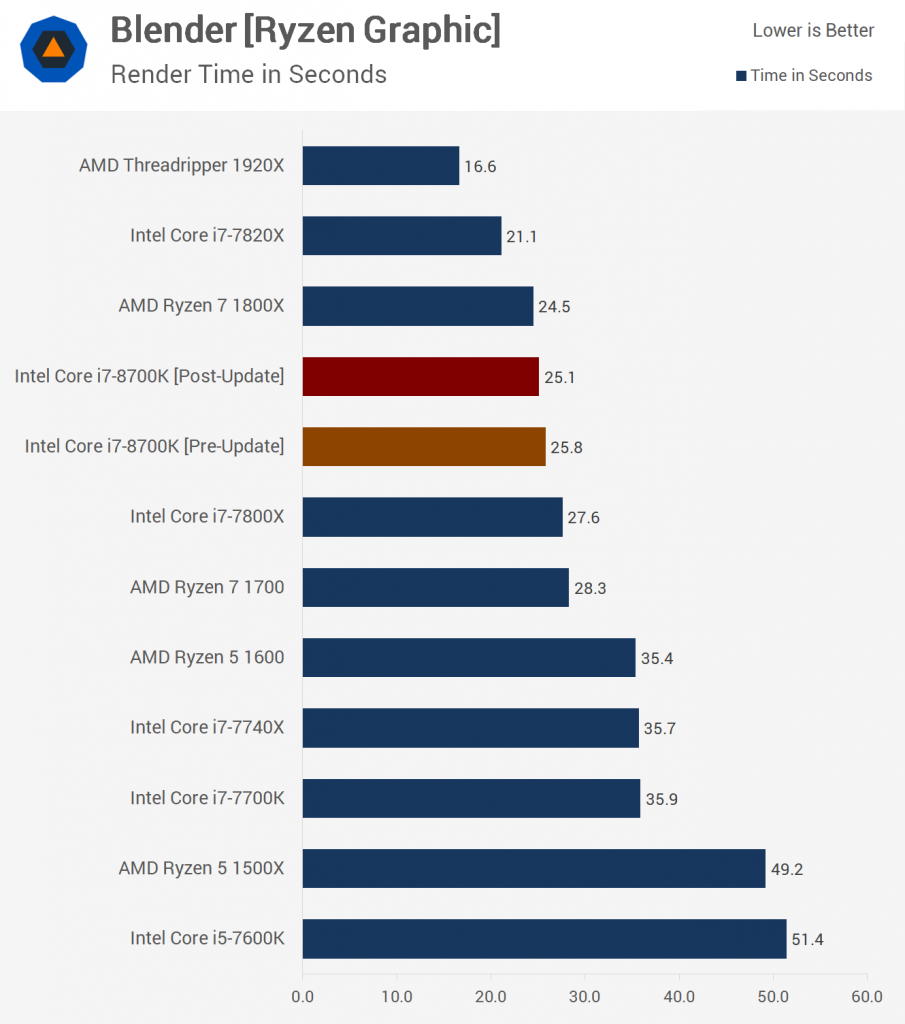 A number of different tests have shown that in the gameplay, there is no effect in the gameplay (one game that showed some negative effect, which can not be described as a slight statistical deviation, Assassin's Creed: Origins). Some applications, such as 3DMark, even showed slight improvement after the update. At the same time, it seems that the speeds and latencies of the dynamic memories in the system were not affected, but rather drives storage Extremely fast,NVMe They also suffered a few percentage points in performance.

Intel has increased to do and even worry Post a public message In which she cites some of the largest technology companies on the market, Microsoft, Google, Amazon Apple - which all declare that the impact on performance after the facility update is minimal in the vast majority of cases and applications, including those in the business world and in the world of information centers. There are likely to be combinations between specific hardware arrays and specific uses where the damage will reach an extreme level and can rise to a level of 10 percent, but all this ultimately seems very far from the very dismal forecast given to us just about a week ago. 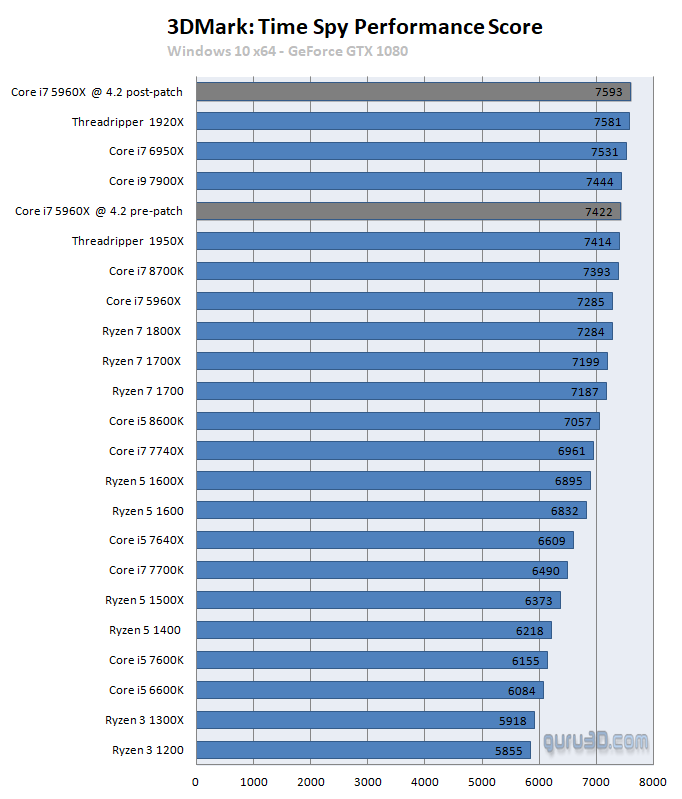 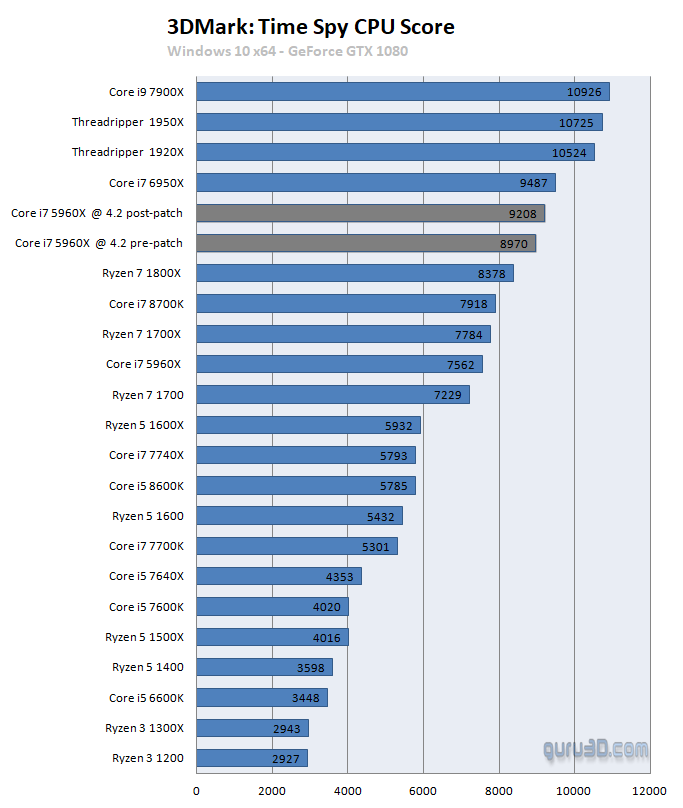 This whole saga is not pleasant to anyone, consumers and chip makers alike, but it seems that you can start breathing a bit more freely. 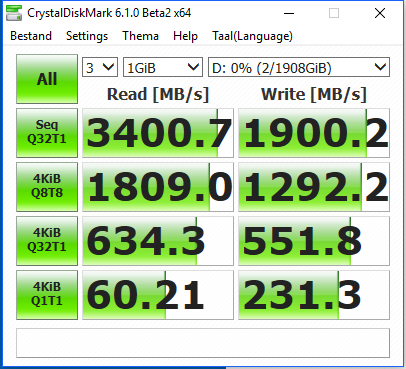 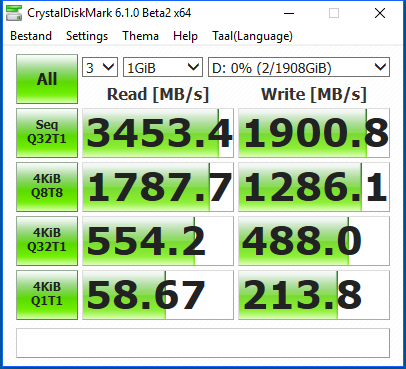 Samsung's agile 960 PRO drive performance before and after the update (right) - will more advanced and powerful systems have a higher potential for performance degradation, or will systems with Processors Older and more basic ones will be slowed more noticeably? We will continue to monitor the findings and update you