Dedicated video cards in computers Mobile Continuing their trend to become an increasingly common and coveted addition, despite the significant rapid improvement in the built-in graphics core capabilities of the field processors and despite the painful shortage of chips that makes the business more expensive for all involved.

So far, in the video card array of NVIDIA Dominating the field unquestionably we encountered a significant performance gap between the GeForce GTX 1650 and GeForce GTX 1650 Ti models, the most advanced which are capable of Mobile Compact and extremely small in most cases, and theGeForce GTX 1660 Ti located directly above them in the family food chain Turing - Almost always in models with a screen of 15 inches and more.

This difference of tens of percent in performance between the two sides has done no favors to anyone who has dreamed of a large graphics processing power in a mobile configuration, while also lacking the hardware required to support the technologiesRTX And the modern DLSS did not help much - but now we get detailed leaks about a pair of models Ampere Modest new ones that can narrow the gaps and make the field much more competitive and diverse.

The GeForce RTX 3050 and GeForce RTX 3050 Ti models will rely on 2,048 active CUDA units and 2,560 active CUDA units respectively, alongside 4GB of memory GDDR6 Dedicated built-in 128-bit interface and even more modest operating speed of 5.5GHz (or 5,500MT / s) - when similar to the other mobile models introduced so far in the generationRTX 3000 Here too a very wide range of power envelopes from a minimum level of 35 watts to a maximum level of 80 watts will allow the use of a large variety of machines and products depending on the physical volume and cooling system available.

This is not something that will make life easy for consumers, although it is worth noting that we are seeing a gradual improvement in the field with more and more manufacturers starting to detail the power envelope of the video card in each model Mobile It is marketed - yet it can be cautiously estimated that the great performance abyss between the senior GTX 1650 Ti and the most modest GTX 1660 Ti will shrink significantly thanks to the capabilities of the new models. 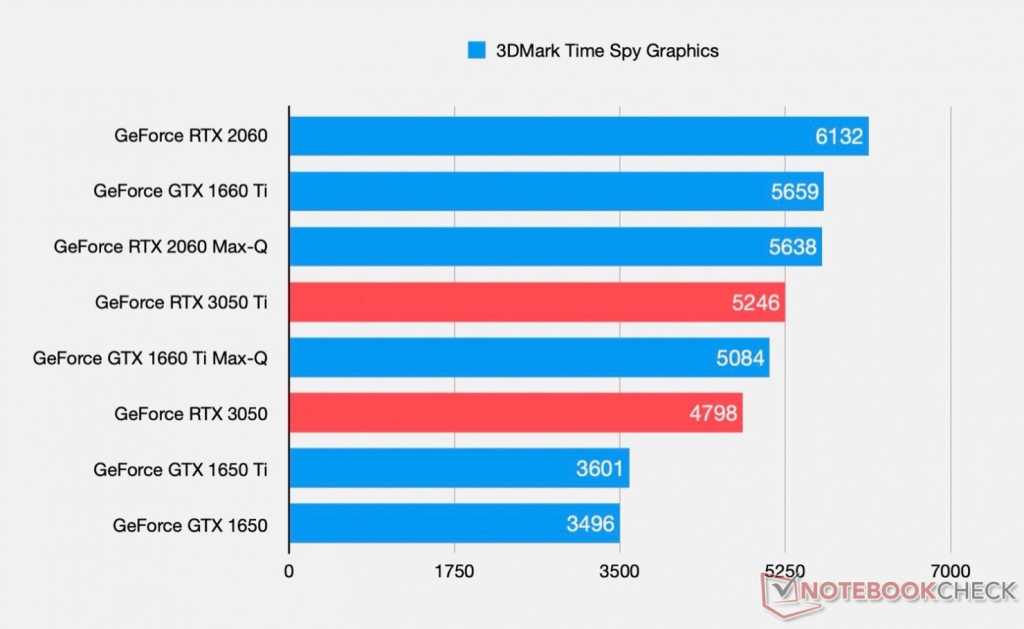 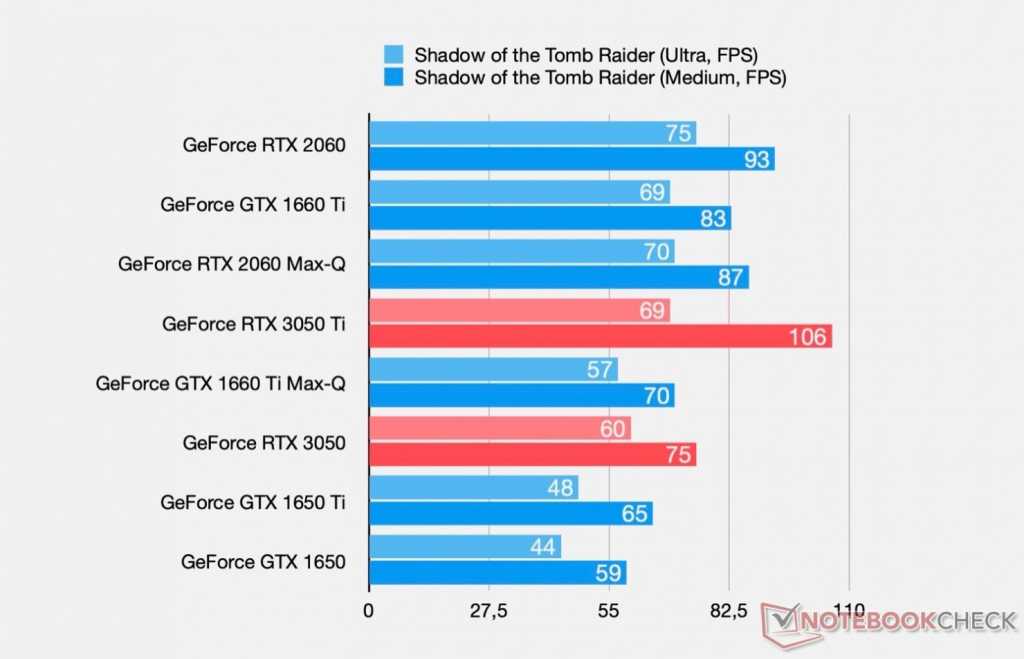 We have no information about the specific power envelope in which the pair of models tested worked - but according to the results it is reasonable to estimate that this is one of the two enlarged configurations of 80 watts or 60 watts, with definitely encouraging results at such an early stage.
Source of photos: notebookcheck.com

On the Notebookcheck website, which specializes in everything related to computers Mobile Managed to get their hands on first computers that use the RTX 3050 and RTX 3050 Ti models - and pampered us not only with extended technical details but also with a pair of performance tests with comparisons to the capabilities of the Turing generation models that confirm (at least in part) the common assumptions. At the high end of the power range it seems that the RTX 3050 will be able to provide significant competition for the GTX 1660 Ti while the RTX 3050 Ti will challenge theGeForce RTX 2060, while at the lower end the two could also be a modern replacement for the GTX 1650 and possibly also for the modelsGeForce MX350 andGeForce MX450 that are very common. All this with improved efficiency, we hope, and dedicated support for DLSS 2.0 that can significantly upgrade the visual quality of various titles without compromising base performance.

First computers with the first GeForce RTX models based on modest GA107 cores may be just around the corner - and now it seems we can only hope that the global shortage of chips will not eliminate our dreams of a major improvement in computer capabilities Mobile Popular before it even began.