The monster receives details: • The official TOSla V100 of NVIDIA in HWzone

Along with AMD's announcement of its Radeon Instinct models, which have declared a very positive potential against the best that NVIDIA's Pascal architecture has to offer (even if this comparison has chosen to neglect the latter's distinct advantage of dual 64 bit performance) - we've received Announcing also The first PCI-Express model of the Volta generation, Which in effect eliminates a large part of the claims and benefits of Vega, And intended to reach the market at a similar time. In other words - we have a real giant battle here over the control of computational learning and even the world of supercomputers, and we enjoy every moment.

NVIDIA officially announced its Tesla V100, which was first unveiled last month, and will be available in both PCI Express graphic cards And in a printed circuit configuration with a Mezzanine called SXM2 directly on the dedicated motherboard - just like theTesla P100 of the previous generation.

Within these models you will find the core of the GV100, as promised, with no less than 5,120 active CUDA units, and 640 dedicated Tensor Cores for which this is the first commercial appearance, all of which consist of 21 billion transistors, Especially with an area of ​​815 square millimeters (!!) and with a huge 2 GBM16 memory and a gigantic bandwidth of 900 gigabytes per second, Performence Maximum up to 15TFLOPS (or 15 trillion floating point calculations per second) exactly 32 bit standard, up to 30TFLOPS exactly 16 bit, up to 7.5TFLOPS exactly double 64 bit and 120TFLOPS in 4 compact tensor calculations. As the headline says - this is a real monster, and you can't deny it. 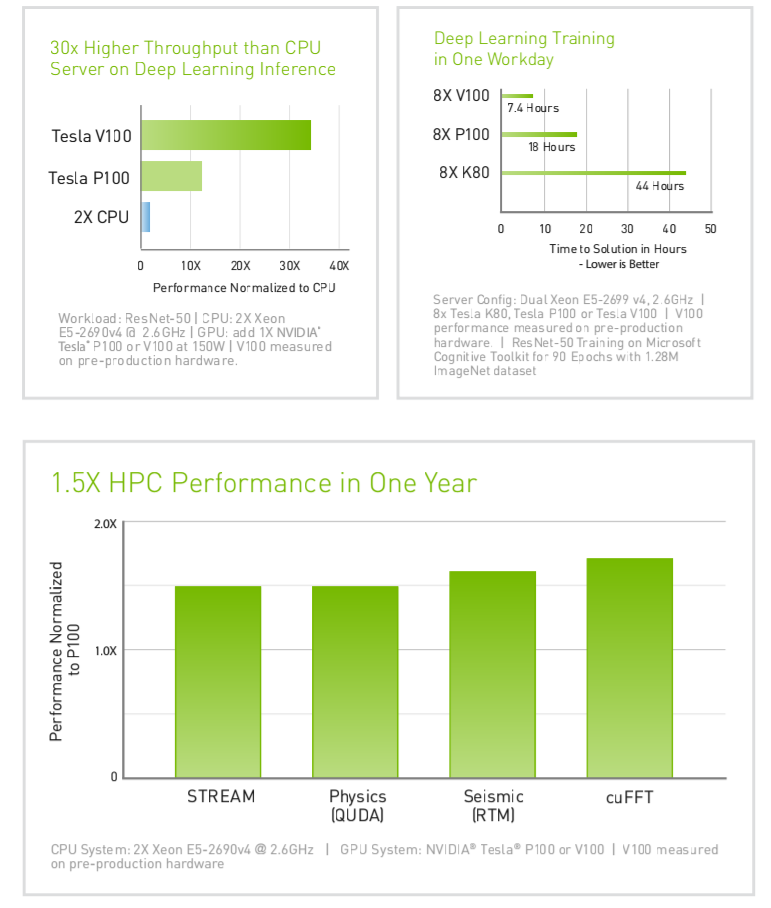 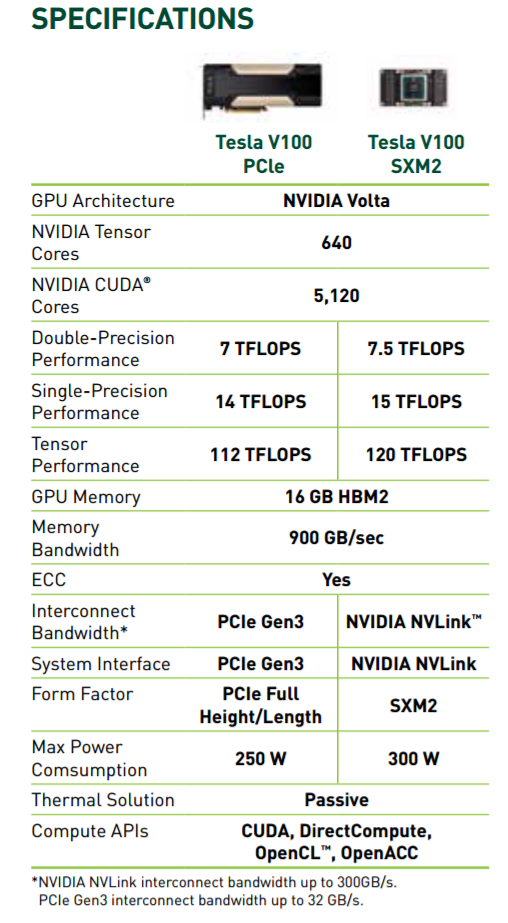 The Mezzanine version of the V100 enjoys a slightly higher operating frequency compared to the PCI-Express version, as 1,455MHz compared to 1,370MHz, enabling it to achieve the same declared maximum performance, while the second version will deliver a lower percentage performance Individual - although the relative benefit should be reflected in the power supply, when the PCIe version is offered with a thermal shell of 250 watts compared to 300 watts in the SXM2 interface. Both of these models will be offered "later in 2017" based on a new 12 nm manufacturing process, with Cooling Passive and without video connections, of course, because they are processing accelerators and not graphic cards Real.

Line up for the gaming world?

Based on past experience (and a little common sense), we can assume that the gaming version of the largest Volta core will give up the additional units that give increased double precision performance, as well as the new tensor cores, while keeping the huge amount of processing units exactly 32 bit Standard and probably also on the ability to deliver Performence Duplicate exactly 16 Bit - so gaming enthusiasts may enjoy it Performence Maximum 14-15TFLOPS per value, 35 more than the GeForce GTX 1080 Ti and 25 more than Titan XP, Based on Core Significantly reduced by approximately 400 square meters, and in a small power envelope of approximately 200W. These are just rude assessments, of course.

We still have no clue as to when the Volta-based GeForce models will be launched with more competitive and sane price tags - but if the Radeon Vega cards meet the theoretical promise of launch, the pressure on NVIDIA The rush to carry out such a move will increase significantly, so we are certainly waiting anxiously for the end of August, which will help to get a clearer and clearer picture.