The monstrous motherboards waiting for the Intel Core 28 processor 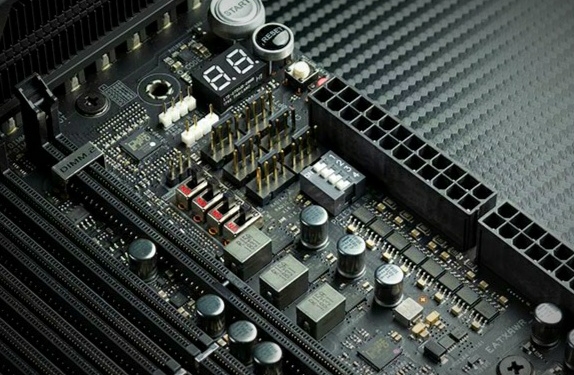 Intel decided to go all out and try to bring the largest cores ever created, the XCC, To the home market with a brand new product category - Immersion of water experience in order to provide direct competition for the modelsThreadripper 2000, which may remain a one-time curiosity or become a starting point for a new and prestigious family that will develop alongside others in the future.

In order to have a chance of success, the chip maker will need an appropriate niche in the user population as well as support from its partner manufacturers, and it appears that at least the second part of this equation is already there:GIGABYTE Both of which are huge and massive motherboards designed to support the first and only core 28 processor of its kind intended for the home user.

Let's start with Asus, which is preparing a monstrous board that will be named Dominus and the company's ROG branding for gaming products - with a requirement for a pair of 24-pin ATX connections and another four (!) 8-pin connectors and two 6-pin connectors to provide the required energy To the dreaded Xeon W-3175X, Plus four PCI-Express 3.0 × 16 connectors that will each receive a full-bandwidth artery, preparation for four M.2 connections for drives SSD Advanced and electrical design that includes 24 power phase for the general processing unit and another eight phase for dynamic memories, from up to 12 up to 512GB, based on six channels to the memory controller.

We have no idea how much this massive product will cost, but there is a good chance that this price will also dwarf the future price of the processor adapted to it - anyone willing to bet whether it will be four digits (in new shekels), or maybe even five digits?

Gigabyte is preparing Motherboard Oversized but more modest and sane than a compatriot, with the need for a single 24-pin ATX connection plus four 8-pin connectors and no visible gaming etiquette, which probably indicates a wink mainly to professional users who want to assemble a sophisticated home workstation, rather than a gaming system Sure you can use all its cores to some advantage (instead of a potential disadvantage - as we have already experienced inThreadripper 2990WX).

The anonymous board will include 12 slots for dynamic memories as in the competitor, seven PCI-Express 3.0 × 16 connections, a built-in seven-section display for faults and working modes and especially an array Cooling Especially over the energy supply and stabilization area, with a body Cooling Is made of alumines and four 50-mm fans that will try to keep the system in good working condition at any given time.

Also in this case the price or launch date is not yet known, just like the data about the CPU itself - our estimate is that all this will become a fantasy reality only early next year, although the status may change and more details may be revealed after the launch of the Basin Falls Refresh models. -Xeon W will be a logical direct continuation from this point to all those who are not impressed even from 18 processing cores. 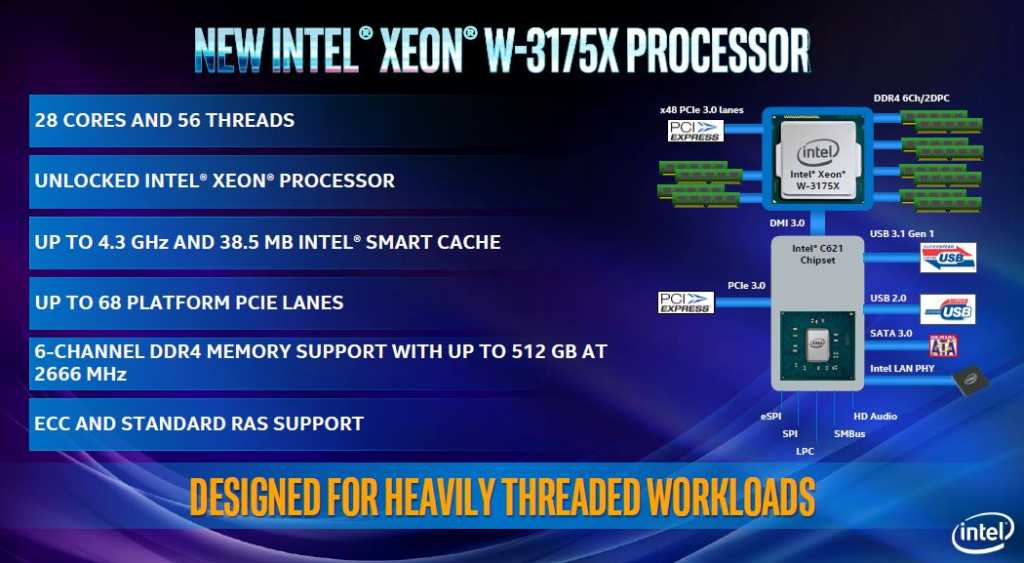 It is worth mentioning that there is a significant basic difference between the method of AMD Which connects several different chips in a single package using the Infinity Fabric - and the proposal of Intel Which includes chip Alone, which explains at least some of the expected differences in power consumption, prices, availability, and possibly performance