Resolution 4k At a display rate of 144 Hz, it is simply too much information for the latest video standards - and this creates a need to compress information which may impair the quality of the end result.

after Promises, delays and a considerable wait Arrived in stores a pair of screens that were supposed to be the pinnacle of the aspirations of wealthy gamers - Acer's Predator X27 And the Asus ROG Swift PG27UQ, Both based on AU Optronics' groundbreaking panel with 27 inches in size, 3,840 × 2,160 pixels resolution, a refresh rate of up to 144 Hz with support forG-SYNC AndHDR With a maximum brightness of over 1,000 Nit. Due to 384 different illumination points, covering all the DCI-P3 color gamut using quantum dots to improve quality.

The perfect quality for gaming enthusiasts, ostensibly, and at premium prices of $ 2,000 or more that are supposed to justify it - but in practice these models seem to run into the edge of modern display standards, thus forcing original methods to circumvent the problem and meet technical promises.

DisplayPort 1.4, the most advanced and up-to-date display on the screens in question (and in fact on most modern screens), is capable of transmitting a maximum bandwidth of 26 gigabits per second and a resolution image 4k At a refresh rate of up to 120 Hz according to the standard - that is, not enough to transfer 4k At the 144 run rate without any compression. What Acus and Acer chose to do is to reduce the color subset of the image, or chroma subsampling, from a full 4 level to 4: 4: 4, which means half the resolution in the horizontal axis, The shrunk.

This method (and even more extreme) is a well-known component in all known compression methods for transmitting information on the network, but they are not as common and accepted when viewing local content on a personal computer, as the available bandwidth is usually larger than uncompressed information - and now there are claims The reduced color sampling results in a blurry display of certain elements in the same state-of-the-art super-screens, both on the desktop and in the various games, while trying to operate them at the maximum resolution and refresh rate available. In other words, instead of getting the sharpest and most accurate image quality imaginable - you get a less quality result and less good than that of a display 4k At a refresh rate of 120 Hz (or less). 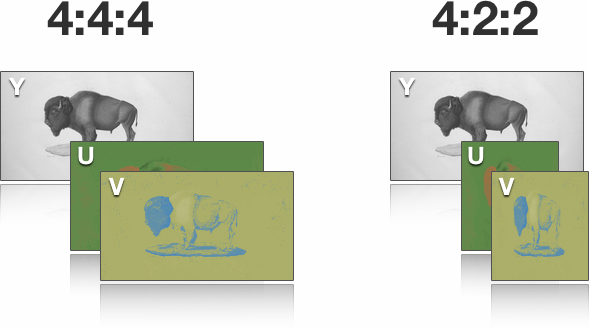 Not all users will notice the differences and all the applications, but those who will certainly find a good reason to be disappointed and even upset about a bug that is not officially declared anywhere - and one that on the face of it will also have no fix in these models. Future monitors may contain HDMI 2.1 connections, the only public device currently configured to support bandwidth that will allow true 4K144 display without any compression, or alternatively support for the DSC (Display Stream Correction) protocol of theDisplayPort 1.4 which claims to provide more effective compression that is indistinguishable from the original - but it is highly doubtful that we will find backward compatibility of this fresh compression in the Predator X27 andROG Swift PG27UQ.

So if you too are dreaming of gaming at super-resolution and at a tremendous display rate - maybe it is better to keep dreaming a little more, until the arrival of the second generation who knew how to fix and avoid the spearhead errors that are revealed in retrospect.