The new signs from across the maid indicate that the next video card of NVIDIA, The one that will break the currently familiar triangular status quo with three Ampere models versus three RDNA 2 models of AMD, Will be theGeForce RTX 3060 Ti with planned unveiling for early December, perhaps as the last major model in 2020 as a whole.

Previous documentation Exotic locations confirmed us the technical specifications of the new model that may carry a recommended price tag of $ 400 or less, with a GA104 core similar to that inside the GeForce RTX 3070 with fewer active processing cores of all types (standard CUDA cores, cores Calculations of tensors and processing cores for tracking rays), at slightly lower operating frequencies alongside those of 8GB of memory Graphic GDDR6 that provides an effective bandwidth of 448 GB per second. Now there is a fresh and formal-looking leaked slide that announces with a wavy brush what we had hoped for: the new intermediate model will be more powerful than theGeForce RTX 2080 Super, just as the RTX 3070 was declared equal in value toGeForce RTX 2080 Ti when unveiled (and even proved the point on a large number of occasions since).

The slide in question presents 12 different tests with a division into standard games, non-ray tracing technologies, games with ray tracing support for graphic processing applications, all within a resolution of 1,440 × 2,560 pixels in a system that also includes a processor. Core i9-10900K with ten cores - and all without exception thRTX The 3060 Ti shows superiority (sometimes by tens of percent) over the updated luxury model introduced 16 months ago with an official $ 700 price tag.

Another model that is being compared is the GeForce RTX 2060 Super (which also landed in July 2019, at a recommended price of $ 400 - proof of the possible price of the new version) for which the GeForce RTX 3060 Ti will be a direct successor - and where the performance differences already range from 35 Percentage as a minimum in the Gears of War 5 game, and 80 percent in Blender and VRay applications for computer graphics. NVIDIA Continues to eliminate the value of the generationTuring Its - assuming you are lucky enough to find a new generation model that has not yet been snatched from the shelf, or alternatively if you have enough patience and the option to postpone the purchase for several months until the stock of the generationAmpere Will stabilize and expand. we hope. 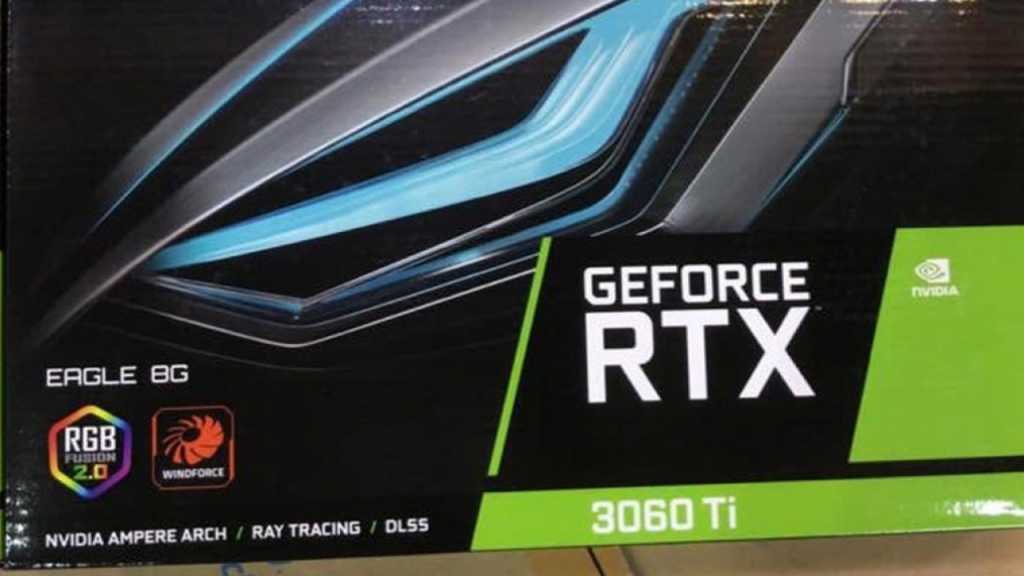 Models from Asus andGIGABYTE The unveiled card has been officially documented in a number of locations around the globe - and this may be a small and encouraging hint of better availability that has been quietly built over the past few weeks, and perhaps proof that this version will not be a Founders Edition reference model

The RTX 3060 Ti is thought to be the new cost-benefit ratio of the series GeForce 3000, or theRTX 3070 will manage to keep this title for himself? Let’s talk about it with others in the comments.