AMD's new Device Manager tested: Is there a change in air?

updating: On AMD Distribute Hotfix is ​​important for the latest version of Device Manager, which is designed to prevent dangerous situations where video card fans were operating at a low intensity that regularly put the hardware at risk. The problem was not overwhelming - but in any case it is advisable not to take a risk and update as soon as possible.

Original article: AMD Launched this month its new device driver, the Crimson. Many promises have been scattered in the air, but is there any significant change? The answers are inside

At the beginning of this month, AMD video card owners parted from the iconic old driver, the Catalyst, and switched to a new driver called Crimson. Similar to-NVIDIA, Which brings the GeForce Experience software to its nameless driver, too AMD Is adding a new central software called Radeon Software to Crimson, AMD-%D7%9E%D7%A9%D7%A0%D7%99%D7%9D/">כפי שכבר דיווחנו בעת יציאתו. 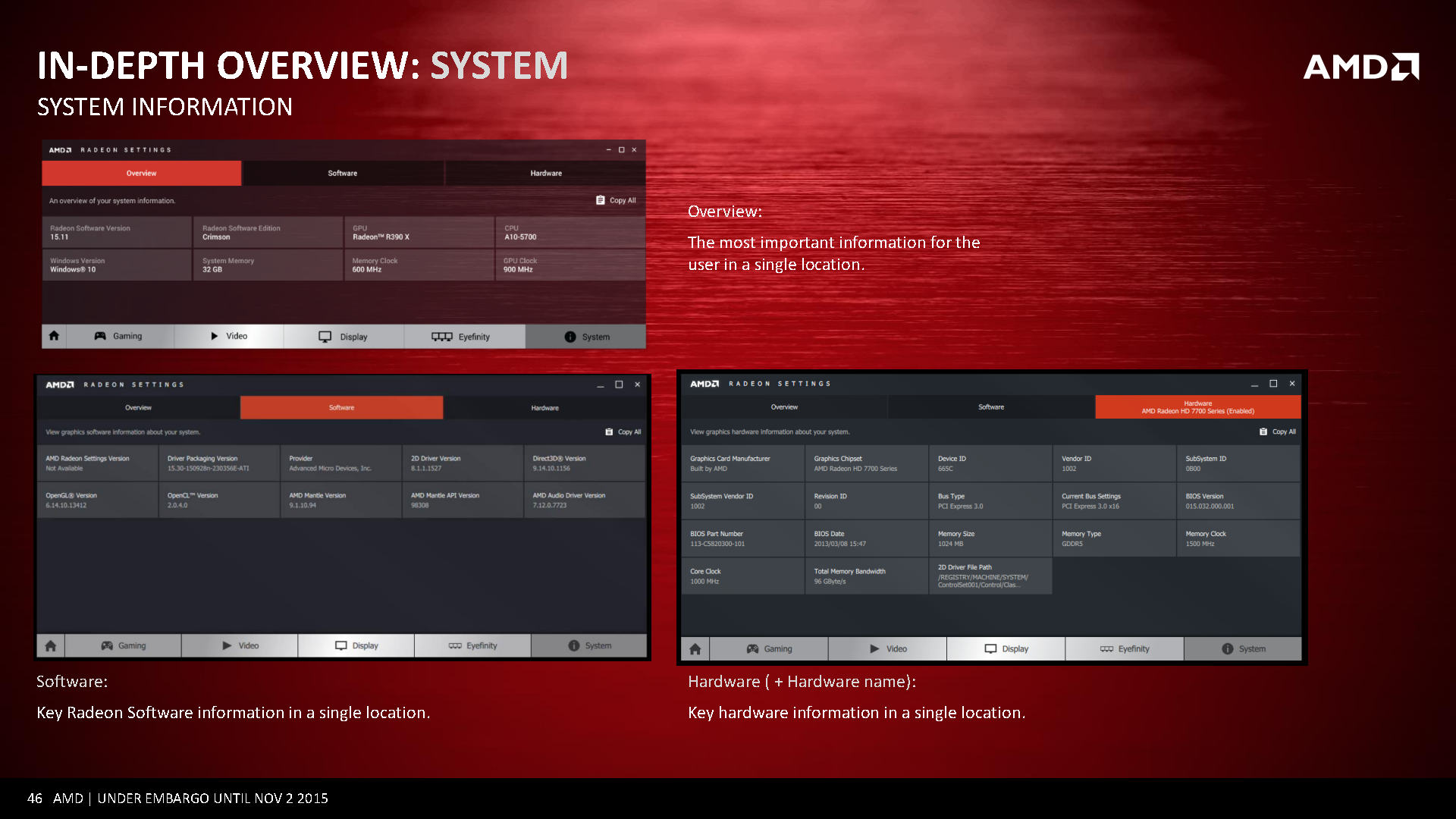 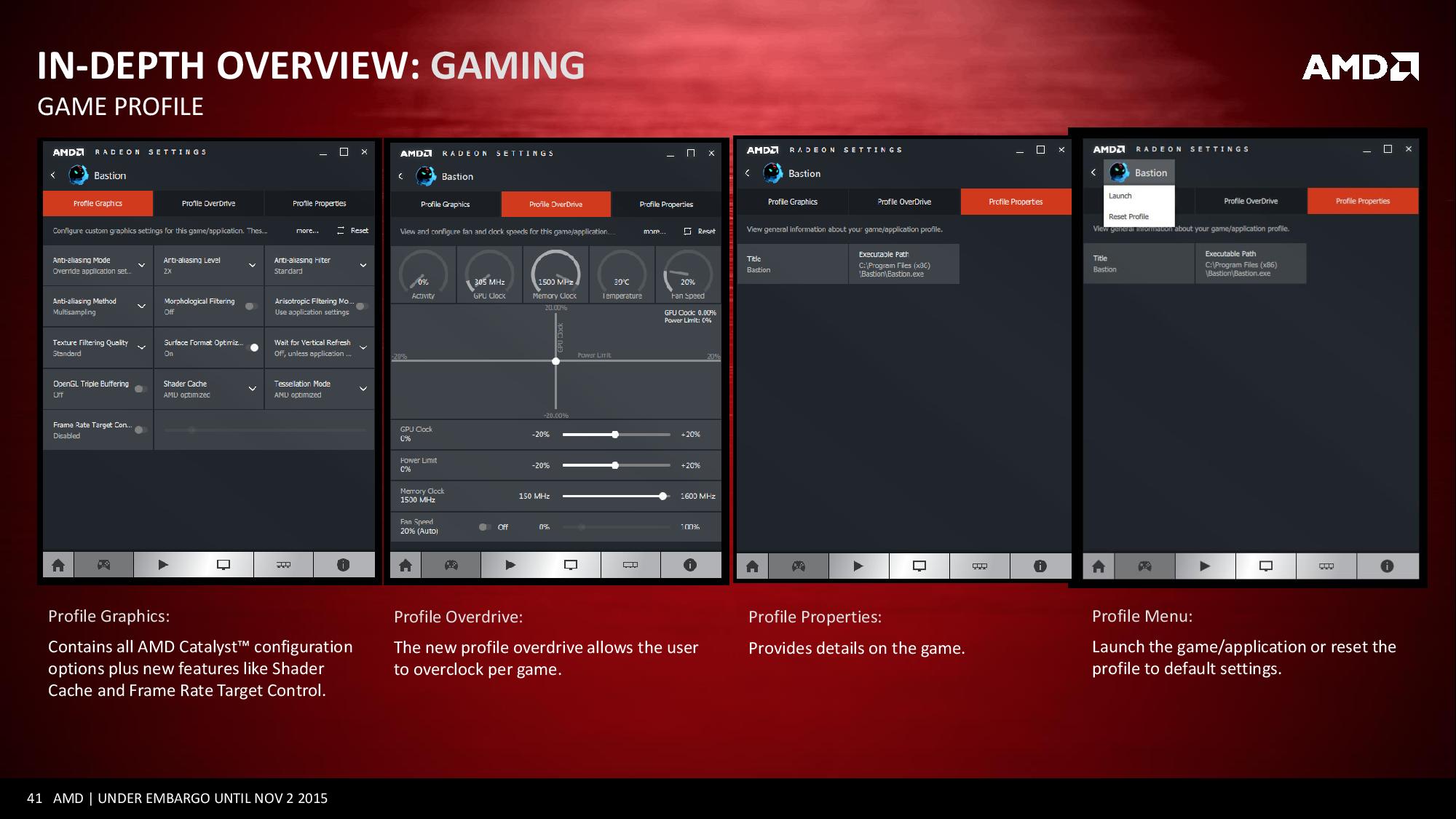 The new interface certainly looks impressive and corresponds with the commonly used 2015, but apparently it is mostly more effectively organized and more beautiful to the eye and not really includes new options, not big anyway. One new feature that looks promising is the smart processing of the shadow cache by saving the relevant files for reuse, which can reduce the load time and prevent cartons while playing while loading. 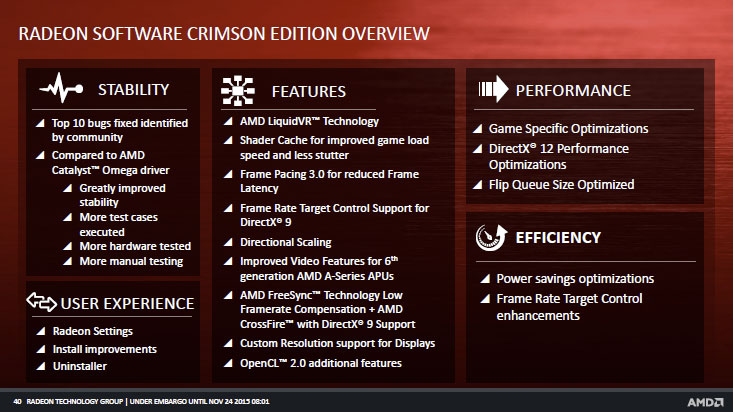 We are pleased and grateful for any change that a company is making in its Device Manager. But like everyone else, we are wondering if there is actually a basis for the promises, which is exactly what we are going to cover in this article, especially when the company declares an improvement of up to 20% in performance with those graphics cards.

A bad starting point, unfortunately, is the fact that the Crimson drivers are not installable for HD6000 and below video cards, which ultimately makes them "legacy". This step is somewhat unclear, since these video cards have been in the market for some time, but not enough to stop supporting them officially. We hope you have AMD Come back with that step.

We will continue to review the performance itself: many sites across the network have lifted the gauntlet and tested the percentage of performance improvements with the same cards and the new driver.

As can be seen in the graphs conducted by the TechPowerUp site, the percentage of improvement received by a video card type AMD Radeon Fury-X is at most up to 5%, with improvement mainly in low resolutions. In most games the improvement is completely minor. 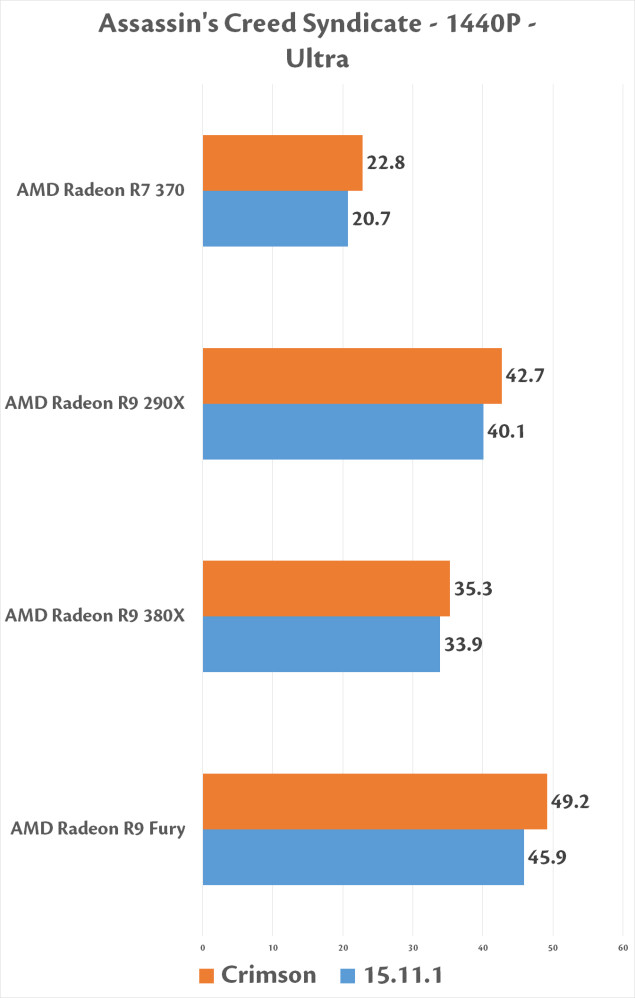 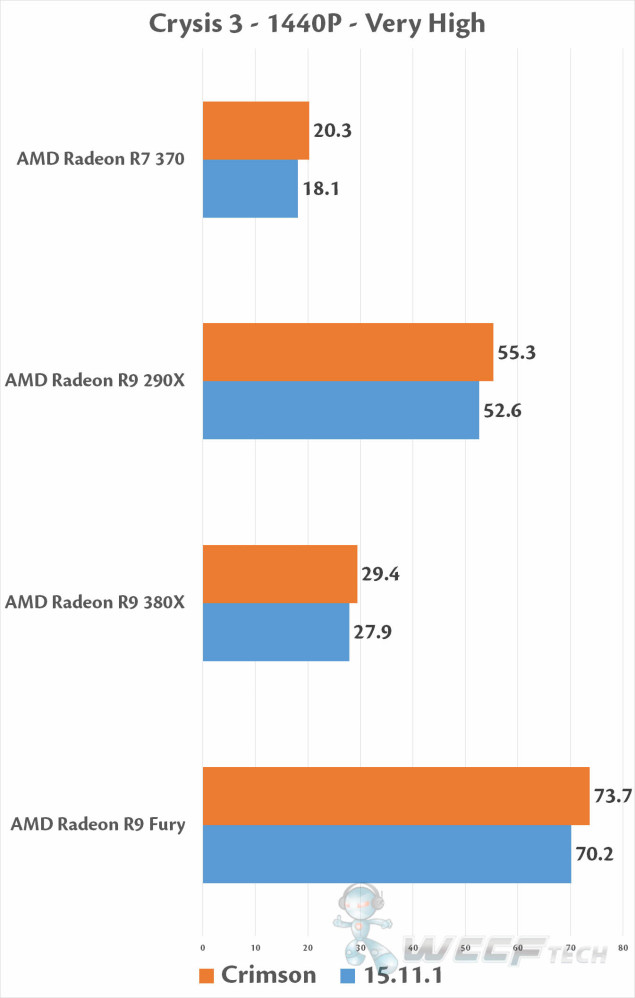 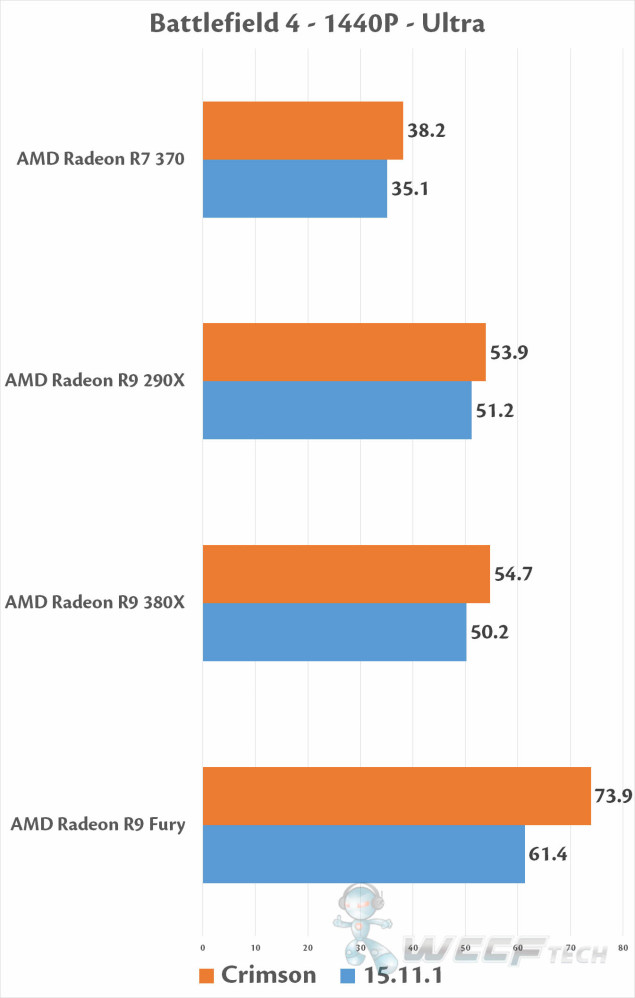 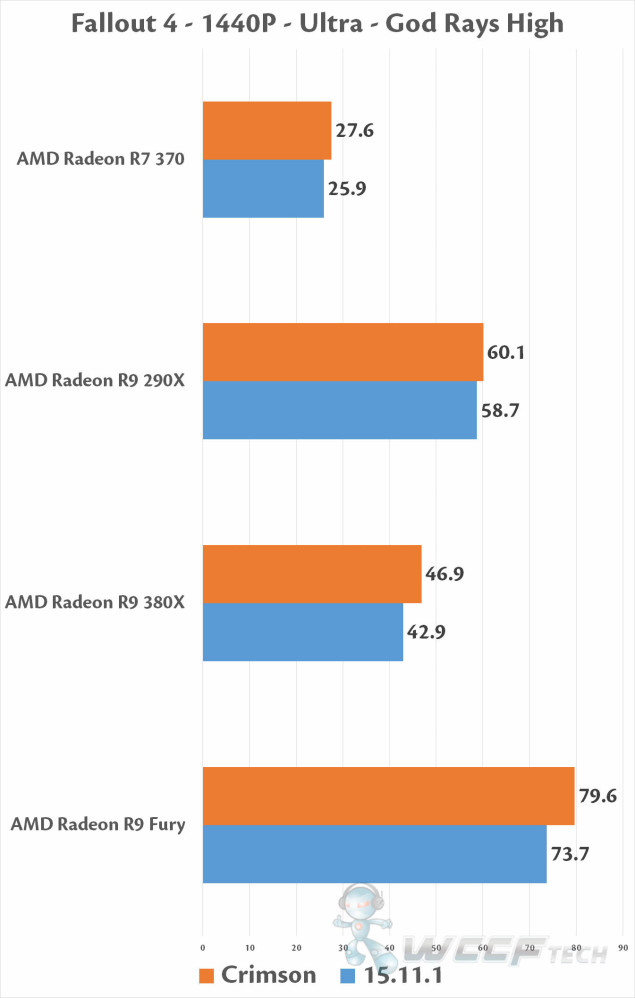 The wccftech site also has the same image for most games, improving the 1 ~ 2% area, but showing an improvement of up to 10% in Crysis 3 when relatively weak graphics cards are used.

The picture is repeated in the rest of the sites: an average improvement of 2%, and only rarely do the numbers reach the 10% or 20% as stated.

One of the claims that have been infected around video cards AMD In the past, it is a high microstating invention: high frame times relative to the green competitor, and generally, whether it's CrossFire or a single video card. In the past, TechReport discovered this by looking deeply into the situation and creating media noise, which caused the company AMD Improve and completely eliminate the phenomenon in the tab.

When switching to a new driver, whether it's one of those sizes or just a regular update, how does this affect microstatting? Is there an improvement? Sometimes there are even more severe updates to the update. Therefore in the case of Crimson this question is quite critical. TechReport, which has previously diagnosed the problem (and even the improvement) has also tested this phenomenon in the new Device Manager:

Fortunately, the graphs show a significant improvement in the microstatting sector, which can indicate a continuous trend of improving frame rates and completely eliminating the phenomenon.

In the end, when you look at the corner of performance, the percentage of improvement is not high and chances are you will not feel it, but only in certain games and in less common cases. However, despite the relatively low improvement, Until 20% Performance improvement does not eliminate itself, but is somewhat misleading.

In addition, two things to keep in mind: One is that this is the first and first driver (this is a beta) and could very well see higher improvements in the next release. Second, the company declares that for the resulting performance there is an improvement in power, a promise that has not been tested at this time - but if there is any truth in that, a percentage improvement, if even a little, is certainly respectable as electricity improves. 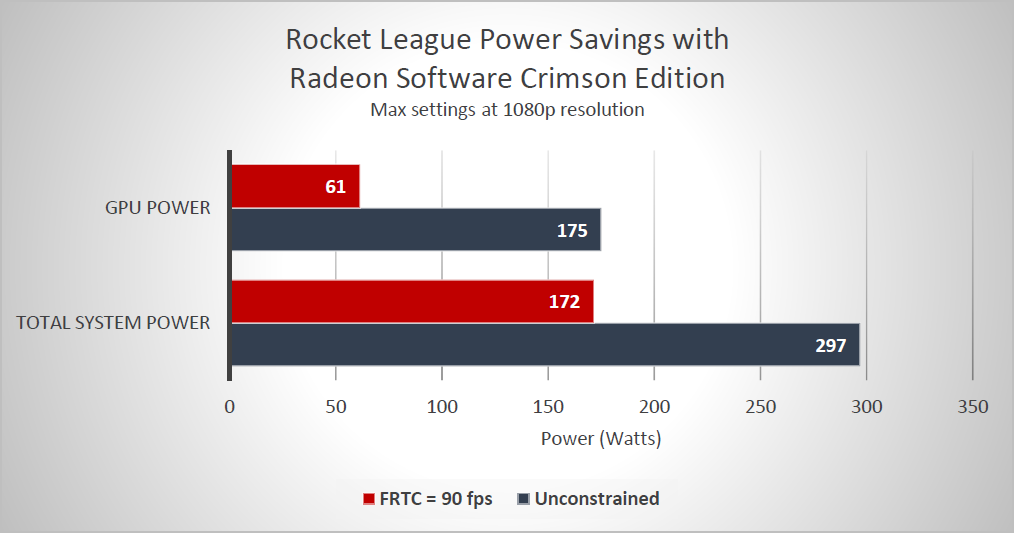