The growing red chip developer does not have a small and successful miniature platform that parallels NUC's NUC project. Intel - But that does not mean you can not find exciting tiny living room computers based on its processors

The Vision of Intel The creation of ultra-compact salon media computers has been an impressive success in retrospect, taking into account the huge variety of miniaturized cubic products available in stores now, seven years after the start of the NUC (Next Unit of Computing) project, the vast majority with processors From home Intel Of course, of course.
However, atAMD Show us that they too know how to create Processors Mobile Cost-effective are definitely worth it lately - and thankfully there are manufacturers who are interested in picking up the gauntlet and providing us with alternative competition, even without the official established developer plans of the red chip itself.

The fresh Mini PC PN50s from Asus look like more WALNUT On the outside, with a weight of 700 grams and a volume of less than 0.65 liters - but inside you will find the new Ryzen 4000 models instead of Ice Lake or Comet Lake processors, with a choice that starts with the Ryzen 3 4300U quad-core and reaches up to Ryzen 7 4800U with eight processing cores. All models in the production process of 7 nm and with built-in graphic cores from the generationVegaOf course.

The computers, in a black color and with a design that is not conspicuous or flashy and designed to fit elegantly inside an average dresser (or even hidden behind a screen), offer a pair of SO-DIMM connections for DDR4 memories at a base speed of 3,200MHz and up to 64GB, one M.2 interface for Up to 512GB drives, space for an additional 2.5-inch drive, dual-channel 802.11ax Wi-Fi connectivity based on a home module Intel, Gigabit Ethernet connection, HDMI 2.0 port, three connections USB 3.2 Gen.1, a pair of essays USB 3.2 Gen.2 in the Type-C interface and more.

In fact, it seems that the one and only disadvantage of the Mini PC PN50 compared to modern NUC models of Intel is the lack of ultra-fast Thunderbolt 3 connections, which are not currently supported by home hardware. AMD - Other than that, the whole array sounds modern and well-deserved to us, with eight physical processing cores in the advanced models supposed to provide superior performance compared to quite a few other compact living computers with Processors Mobile Sold in stores. 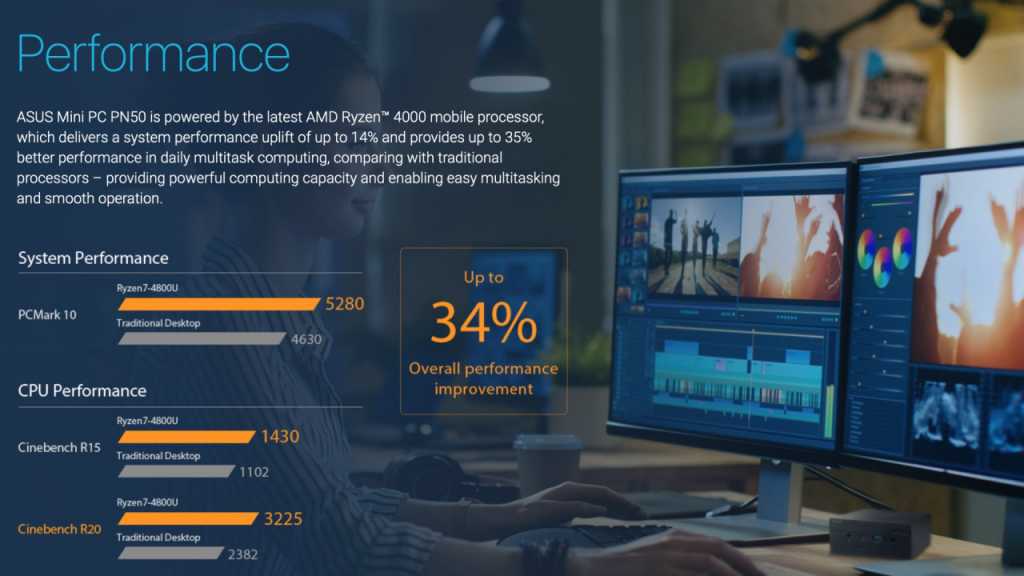 The PN50 computers can be found and purchased right now in Israel, in the Plonter store, with a starting price tag of NIS 1,767 for a ready-to-use model with a Ryzen 3 4300U processor, a 240GB SSD drive and also memory DDR4 Of 16GB - and we're already starting to wonder what our chances are of seeing similar desktop models with the processorsRYZEN 4000 is even more powerful than the H series. What do you think? Come share with everyone in the comments.