Significant: New generation Core i5 processors will get a significant extra boost

The rumors and leaks in the tech world always come into high gear at the end of the year for products to be launched next year and this time too, the flow of water in this river seems to be working as expected.

About a week ago, a result was leaked to performance measurement software Sisoft Sandra, which showed that Core i3 processors will accept HyperThreading technology As we reported here. According to the results of the performance tests, Intel appears to be making a move later in its ability to price tag each category. This means that the consumer will not accept Technology Fresh and special, but will be able to get a higher available processing power for his money.

Today, one of the definite advantages of Ryzen 5 3600 and 3600X processors over processors core i5 is the ability to use 12 capillaries for processing on 6 physical cores using SMT technology. With 6 capillaries only, many operations were performed more slowly on processors core Existing i5.

Intel wants to change that, apparently. A new processor with 12 capillaries has recently emerged into the results database of the software in question, which is apparently Core i5 from the upcoming 10 series of Intel. Specifically, it is an engineering sample that is far from frequented by a shelf product. 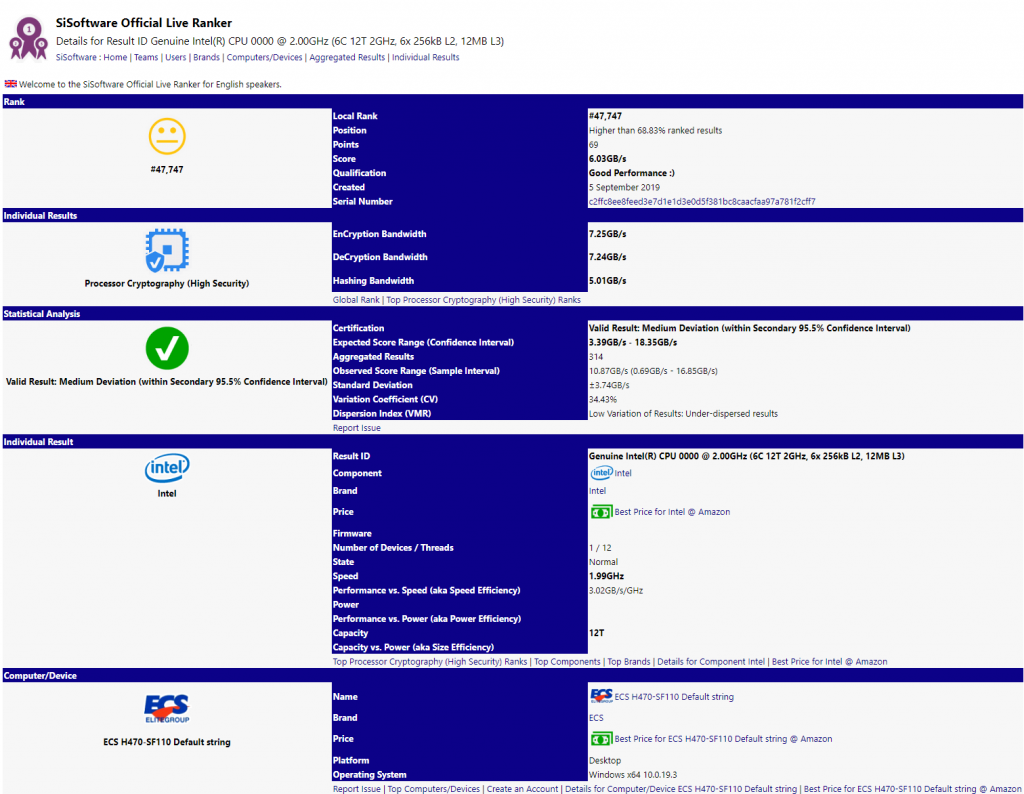 This means that the Core i5 processors of the 10 series are expected to be similar to the Core i7 8700 and Core i7 8700K processors, Processors We know of an array of 6 cores and 12 capillaries.

The implication of such an action is that a sample processor core i7 9700K without the plurality of logical cores will be endangered. So it is obvious that you are in the series core In the tenth generation we will see my processors core i7 without exception in configuring 8 cores and 16 capillaries.

Although we remain with Intel 14 nm, it is good to see steps that strengthen competition between it and AMD In this important and critical market of between 400 and 1250. In addition to these processors, we are expected to see new chipset and motherboards accordingly. Currently, compatibility with existing motherboards is still a question mark. We will of course update.