AMD built and bought its world in the desktop processor market while fundamentally changing its approach to both its past products and its big rival Intel, when it chose to market most of its products without built-in graphics cores - so users assembling systems based on those modern Ryzen processors had to consider purchasing and integrating Video card (and if they too will be a case of AMD, what's good).

The chip developer offered home consumers several discounted APUs to use as a base for low-cost computer systems, but we continued to yearn for further expansion of the field with a combination of a large number of general processing cores and a large number of single-core graphics processing cores, with a generous power envelope to see Higher frequencies and results than those of the senior mobile models. 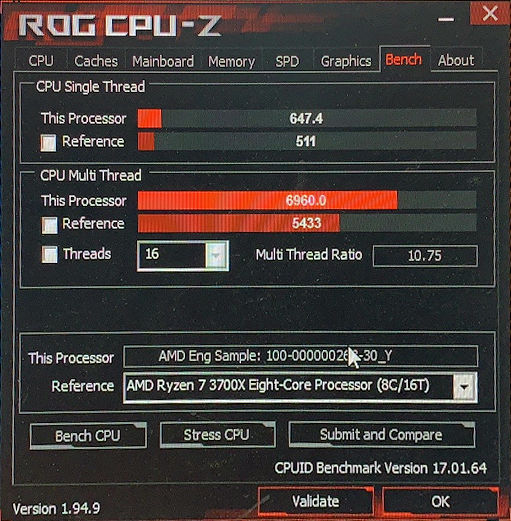 Even if the working frequencies in the final versions do not increase - expect a noticeable and quality improvement in capabilities with the transition toZen 3, as already demonstrated and proven in the first models launched without graphic cores

Last year we were convinced that our APU fantasies would come true with the introduction of the Ryzen 4000G series, including the Ryzen 7 4700G and Ryzen 7 Pro 4750G that marched to the top with eight cores Zen 2 and cores Vega 8 built-in graphics - but all models of this family were reserved for pre-assembled OEM systems in the end, when home users did not have too many successful opportunities to get them for themselves.

Now, in early 2021, it looks like we'll have another chance to enjoy advanced APU processors in commercial availability worthy of the name - documentation coming to us from China introduces an engineering version of a new octagonal APU model, with Zen 3 cores with SMT technology support and 4MB of memory L2 level cache plus 16 MB of memory L3 level shared cache. Some of the processor's technical data is presented using CPU-Z software which also serves as a performance test to compare the potential compared to previous generations, but we do not yet have an official model name, although it is not difficult to understand why most sources in the network predict it is theRYZEN 7 5700G or theRYZEN 7 5750G.

A base frequency of 3GHz and a turbo frequency of 4.45GHz are enough for the new processor to provide a jump of between 15 and 20 percent compared to Ryzen 7 3700X and Ryzen 7 4700G models octagoned in the results Core Individuality and multi-core results in the CPU-Z's built-in performance test - and the leaker also provided evidence of a simple and easy rush to a 4.7GHz processing frequency that increases the gaps between the models even more naturally, so there is a good chance the final models will work on this engineering sample At increased frequencies.

It is likely that the new APU models will continue to be based on a 65 watt or 35 watt power envelope similar to previous generations, along with a physical AM4 chassis - and probably the same built-in Vega graphics cores with 7 or 8 active processing clusters, at increased frequencies that will not revolutionize Real in performance compared to what we got in the models Mobile Or in the Ryzen 4000 desktop models. The improvement in overall processing capabilities with cores Zen 3 and the wide availability (if any) will be the name of the game here.

It is not yet known when AMD Plans to introduce to the world its new APU models, but we will be willing to wait for them for a few more months if necessary, in the hope that at launch it will look full and worthy of change and availability that will not start and end only in the OEM field. What do you think of this little glimpse into future plans? Feel free to share in the comments.