Next step in Tiger Lake's development: A laptop with an H-series processor in unofficial exposure

Interested in all the relative benefits of the new generation of laptop processors from Intel, but want them with greater power? This should happen soon - with a model of the type Core i7-11370H to be part of the launch wave

Tiger Lake's mobile processors Intel Managed to provide us with a variety of pleasant surprises so far, with a big improvement in the graphical performance that can be obtained from the built-in core and also first-of-its-kind support for USB 4 and Thunderbolt 4, which is a significant advantage for long-term users.Core Does this mobile have any more surprises up its sleeve that we have yet to discover? Mobile Updated from home Asus Take care to remind us that there are more H models with enlarged power envelopes and an increased number of cores that are in their way.

Leaks from a pair of reputable Twitter sources reveal to us a plan for the Taiwanese giant to offer computers from its TUF and Zenbook brands equipped with a sample processor Core i7-11370H which has not yet been officially unveiled of course, similar to any other H model from the generationCore The 11th. However, an early visit from him Core The Geekbench i7-11370H revealed to us that this is a model with four physical cores and eight logical cores (a rather surprisingly low number for a product belonging to the series Core i7, based on our past experience), with a basic working frequency of 3.3GHz and a maximum turbo frequency of 4.8GHz together with 12 megabytes of L3 cache and 5 megabytes of L2 cache by 1.25 megabytes. For all Core. 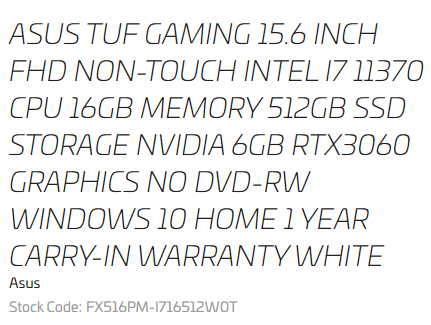 The bizarre combination of the Core i7-11370H could have led us to estimates and prophecies that the Tiger Lake-H family would contain a smaller number of physical processing cores compared to the Comet Lake-H family that preceded it due to the transition from 14-nm lithography to 10-nm lithography. But further appearances by anonymous models (for now) in the UserBenchmark test indicate that even models with eight physical processing cores and 16 logical processing cores are in the plans for a planned announcement during the first quarter of 2021, perhaps even as early as January. It will certainly be interesting to examine those leading octagonal models of Intel, Its first at 10nm in the home market with such a generous number of cores - head to head against Ryzen 5000 processors with cores Zen attitude 3 series H with increased power. 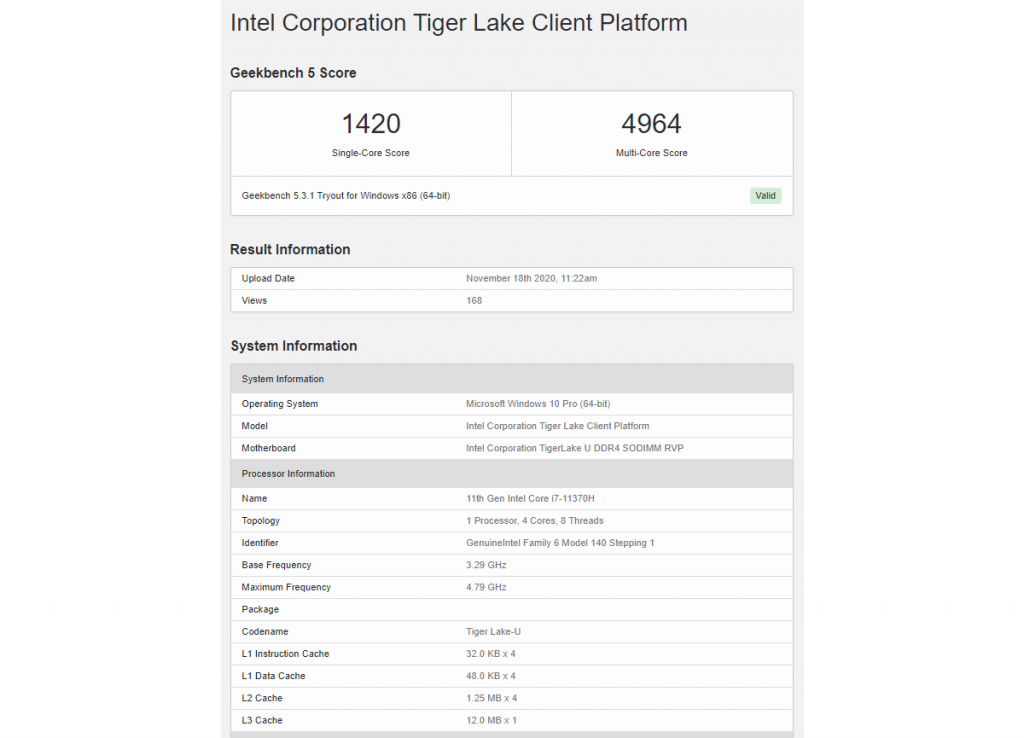 This is not the first time the name of theCore The i7-11370H pops up on the web - but without scaring its dignity, we're a little more interested in the more advanced versions that await us around the corner, with six and mostly eight physical processing cores from the improved Willow Cove generation

Want to predict right now who will be the winner of this battle of the giants? Feel free to do so in the comments soon.