The performance of the Fury X begins to flow into the network: the best there is?

A few days after the impressive launch, the technical details about the new flagship products of AMD The graphics processing market is beginning to become clearer, and with them come the results of first and promising performance tests.

AMD 's launch party for graphics card generation Her new This week Provided us A first look at the Fury X card that tops the list with a full and terrifying Fiji core, but unlike similar launches in the past this time we did not see pre-made reviews published in an organized way in parallel with the announcement - which ultimately left us with some question marks. Actual 4,096 performance units with 4GB of memory HBM bandwidth is unprecedented.

Now, a few days later, the picture is beginning to clear. Official reviews are not yet available (they will arrive next week, in conjunction with the official launch of 24 in June), but extensive technical details and initial performance evidence are available.

Most of the results we have come from leaked official documents from AMD itself, and the other part from performance tests whose reliability is not one hundred percent clear, so naturally everything we see with a hint of skepticism should be addressed - but bottom line, it seems that The Fury X Will indeed offer very close competition both GeForce Titan X And toGeForce GTX 980 Ti, and will even surpass them in some cases. 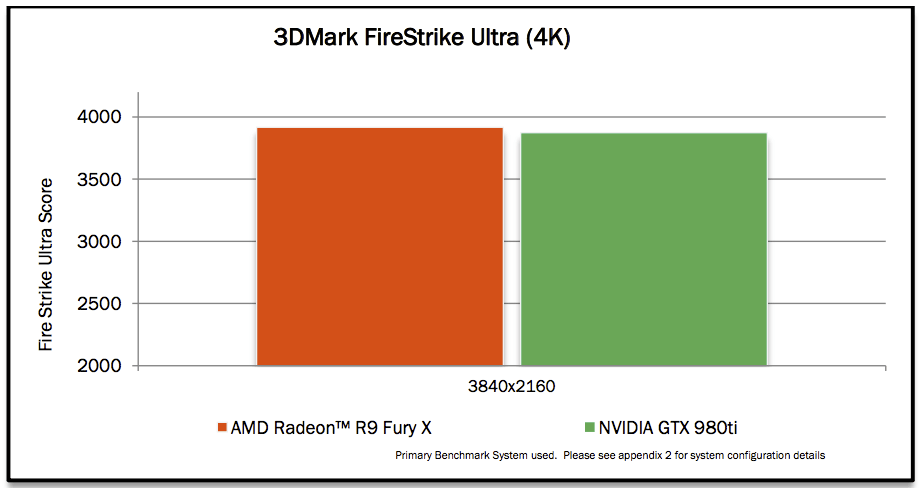 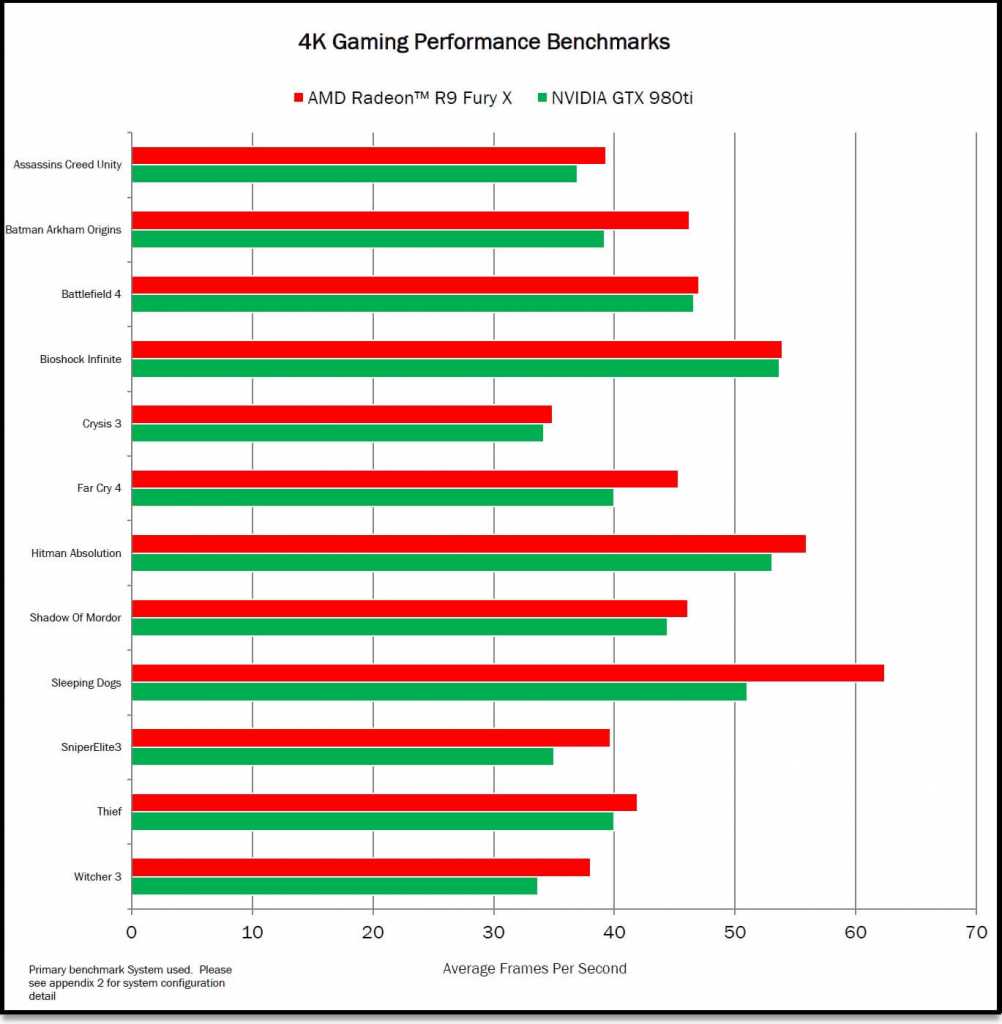 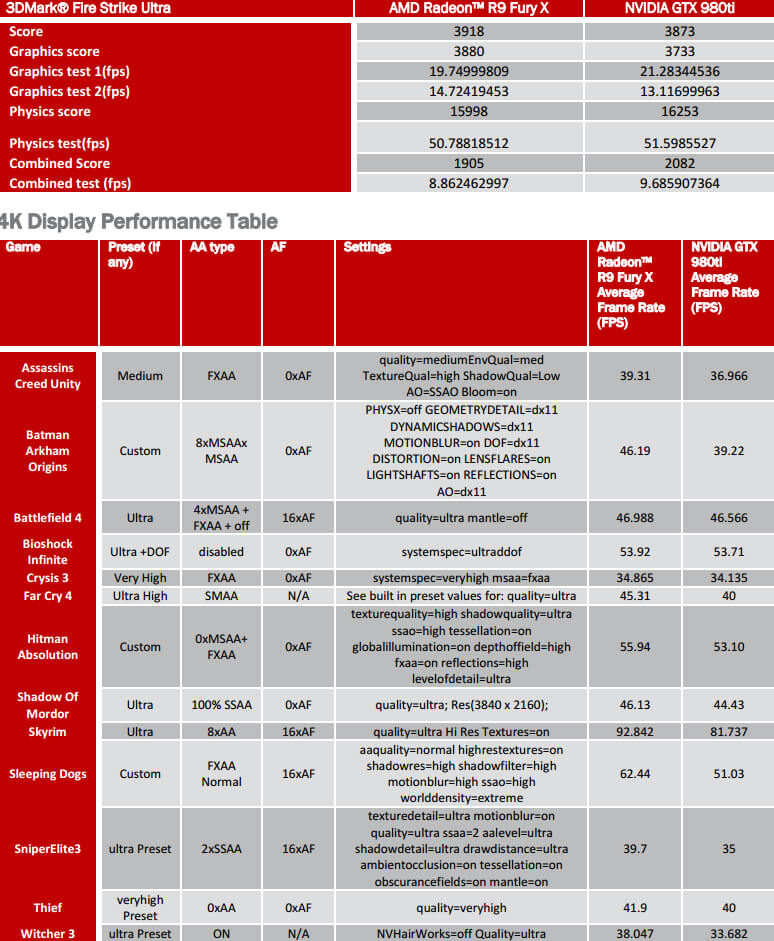 The competition is very close, but the Fury X leads in almost every situation - according to tests by AMD

It is not certain that we will be able to decide which of these three are entitled to be defined as the most powerful single-party card in the world for the yearOr a little less), But the very fact that AMD was able to catch up with a gap so large that it opened NVIDIA In the last year and a half it has been very impressive - all the more so when you take into account the declared average power consumption of 275 watts for the Fury X, which is not too far from the thermal envelope of competitors fromNVIDIA Which stands on the 250 watts.

More benchmark results that do not come directly fromAMD Paint a very optimistic situation for the red manufacturer, although even in this case objectivity and reliability are not absolute for us

Thermal envelope and average consumption are of course different terms and therefore the differences in power consumption can be measured and tested only in practice, but nevertheless it seems that this is an impressive efficiency leap against theRadeon R9 290X andRadeon R9 390X, which are also characterized by power consumption of 275 watts.

It can already be cautiously estimated that in the gaming arena, superior performance of the Fury X or superior performance of the GTX 980 Ti (which will usually add up to a few percent over the direct competitor) will be determined primarily by the identity of the manufacturer that supported and helped develop that specific title. -AMD will naturally get a 'shot of vigor' in its titles, whereas NVIDIA On the other hand, it will lead its partners.

In conclusion, we will ask you the obvious question - Radeon R9 Fury X או GeForce GTX 980 TiWhat is your choice? 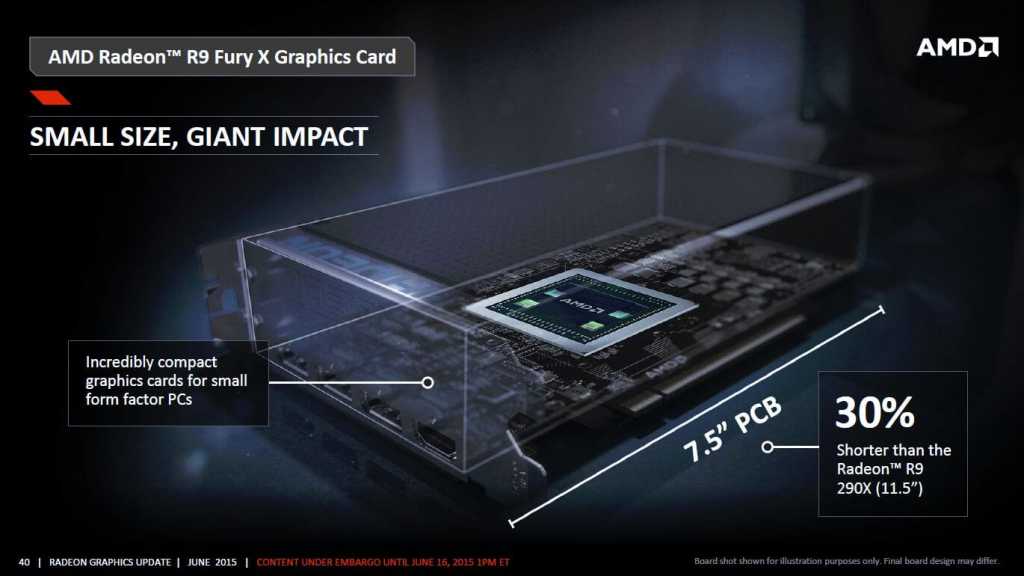 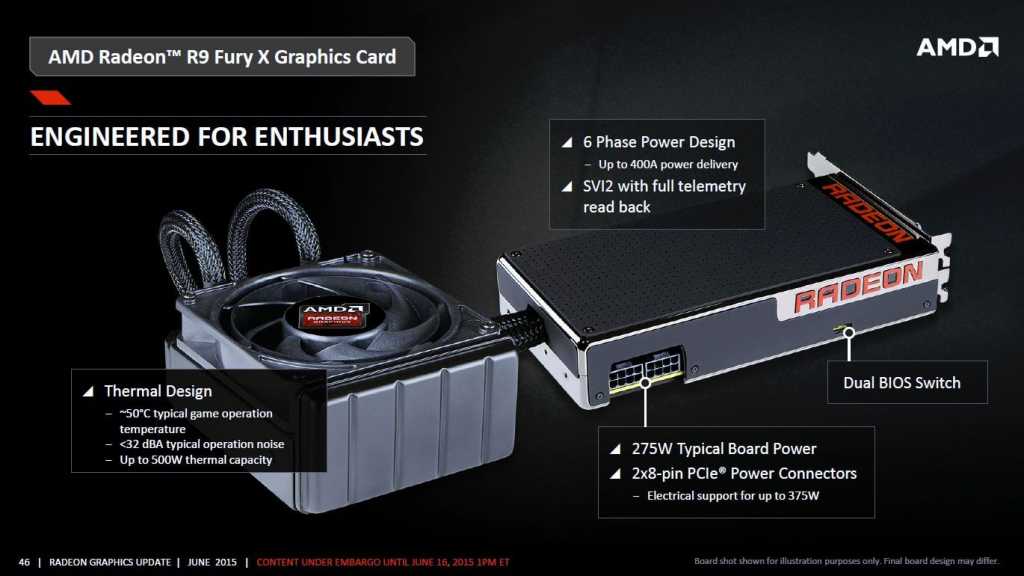 We are eagerly awaiting the launch of 24 in June, and you?