The power of simplicity: NZXT H500 case in review 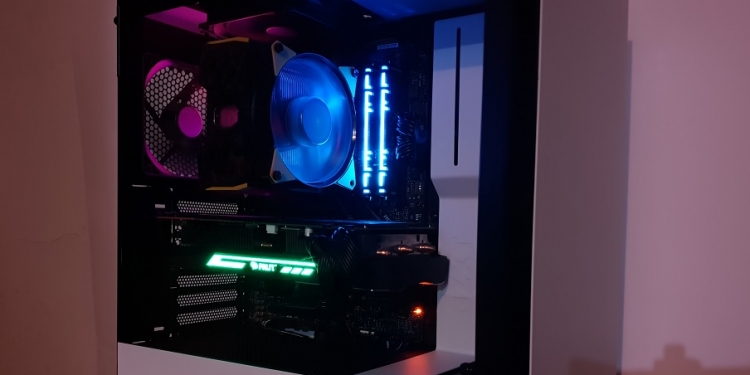 Company NZXT Is one of the most important packaging manufacturers in this decade, mainly by leading and building very strong trends in the world of personal computing. During this decade, it has helped convince many computer users that the packaging market can not continue to deteriorate into sharp, angular plastic shapes on the front of the case, and should also appeal to those who want to advance in a modern style.

Those who did want a modern style - got it. A few years ago, NZXT unveiled a fresh and spectacular design concept Season name H440. No more loudness of designs is too prominent - partitions between areas and simple lines are the name of the game for those who want advanced hardware that is well stored in the case.

The effect of H440 is felt very strongly in the packaging world to this day. After the launch of this package began to emerge Enclosures Many inspired him. Suddenly everyone wants a simple modern design and a buffer cell to provide everything. NZXT Began a small revolution of its own.

After the H440, NZXT decided to generate an additional package for those who want a more budget solution, because not everyone can afford a package at 550. For a sum lower than NIS 350 Get the S340, Which brought about a tremendous change for the price and attracted many praise. Now it's time to continue and improve with a new cube case. 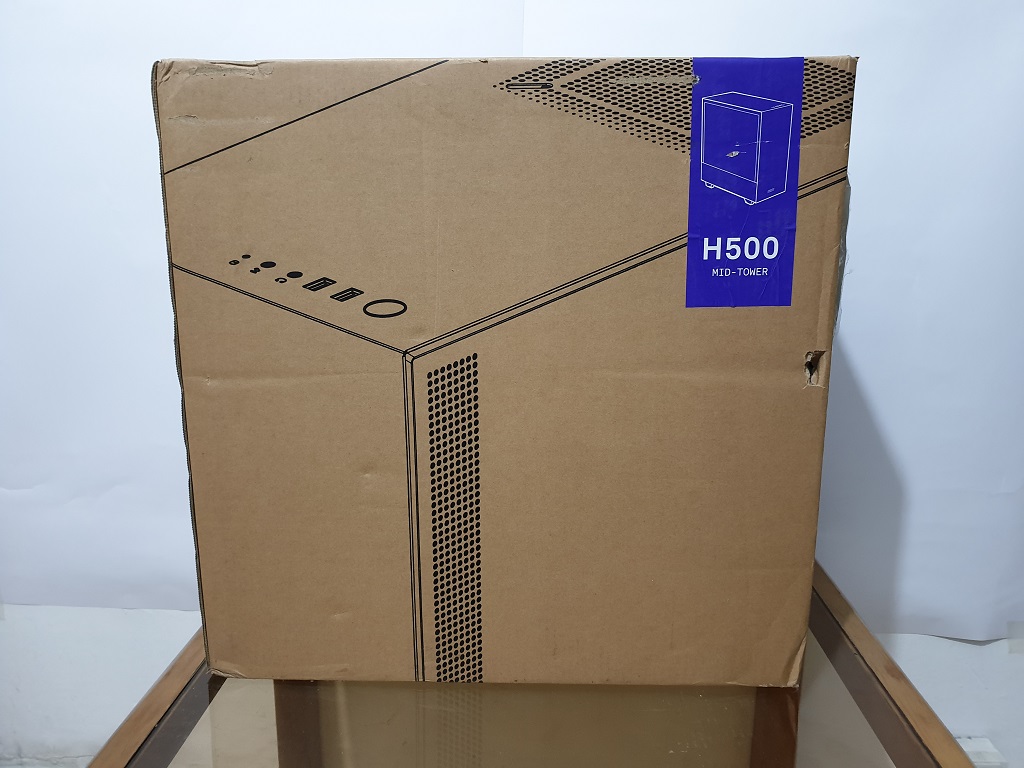 The new H500 from NZXT Is a simpler version of the H500i chassis and contains some improvements that we'll touch later on. This package is a Mid-Tower and its price is 380. 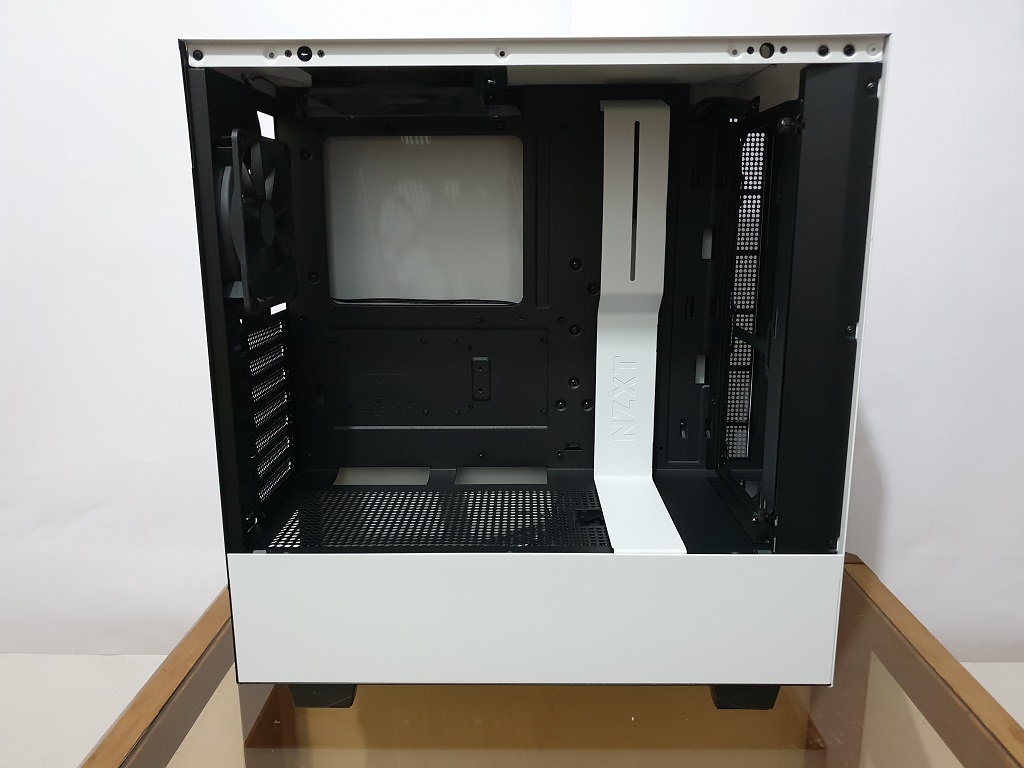 The packaging of the compact package and other cartons can almost be thought of as a mini pack, but the minimalist design is the cause. Just like the S340 in front of it, the H500 offers a completely square loom from all directions. It comes with a sealed glass door connected by a single screw and a grasping mechanism. 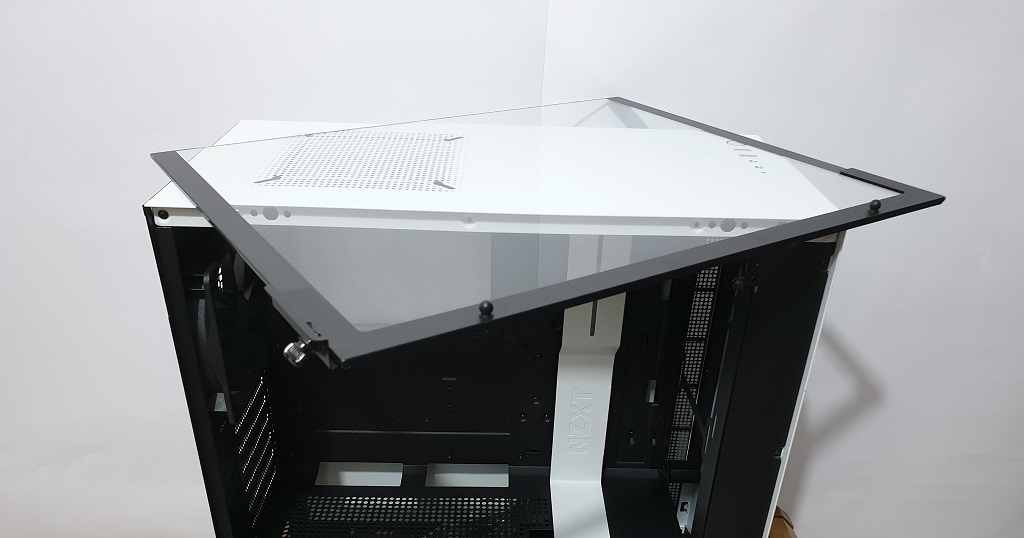 To be honest, I am not a big fan of this minimalist mechanism, since it puts the risk of dropping the glass door. After releasing the individual screw from the back of the case, any marble is simply to use force on the glass door to take it out to the user. The problem is that all the power that triggers erupts as soon as the two wavs come out of their holes. 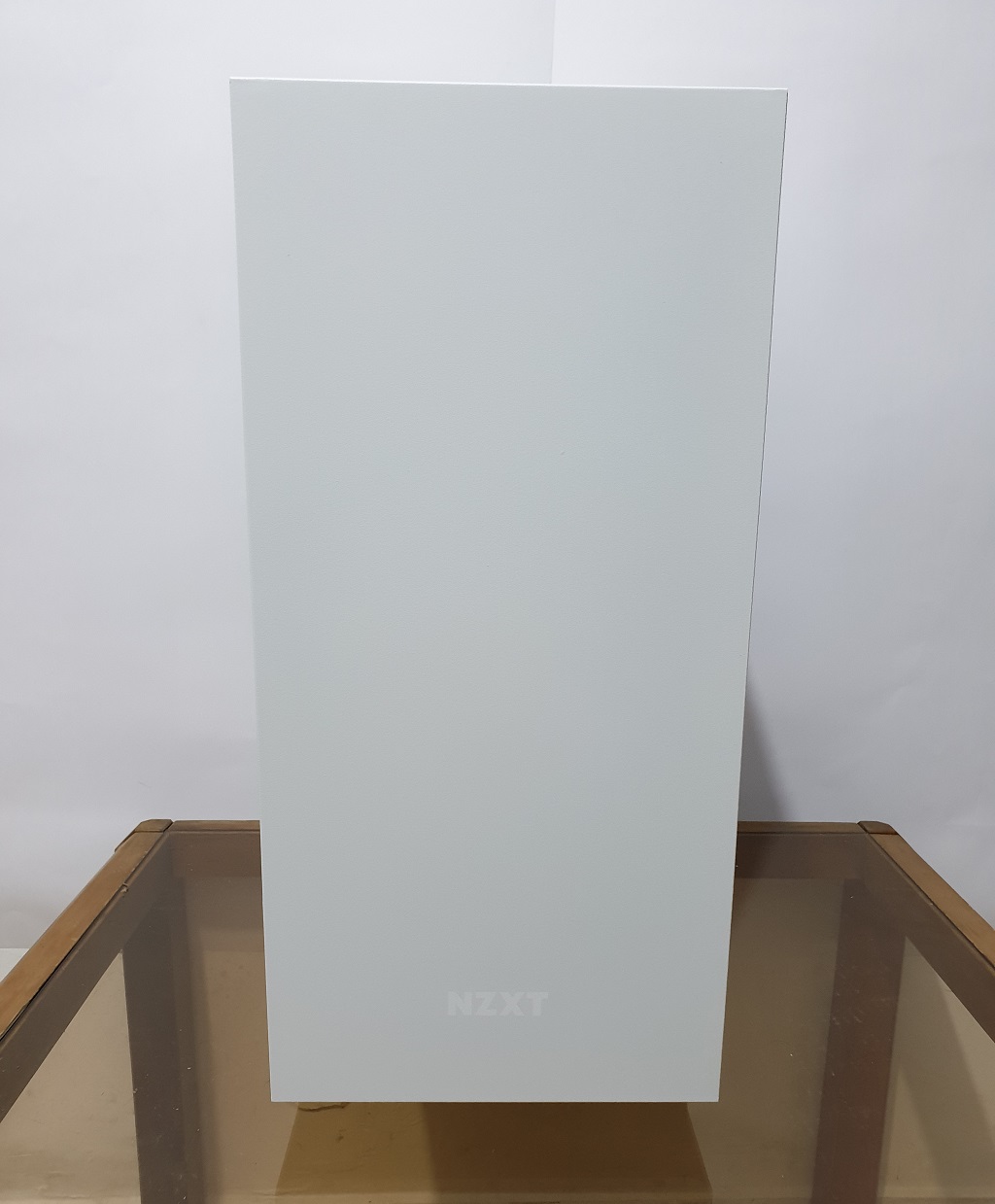 Front of the case is completely clean. There is not one detail except a logo engraved NZXT. There are no lights of any kind lit at the front of this case. 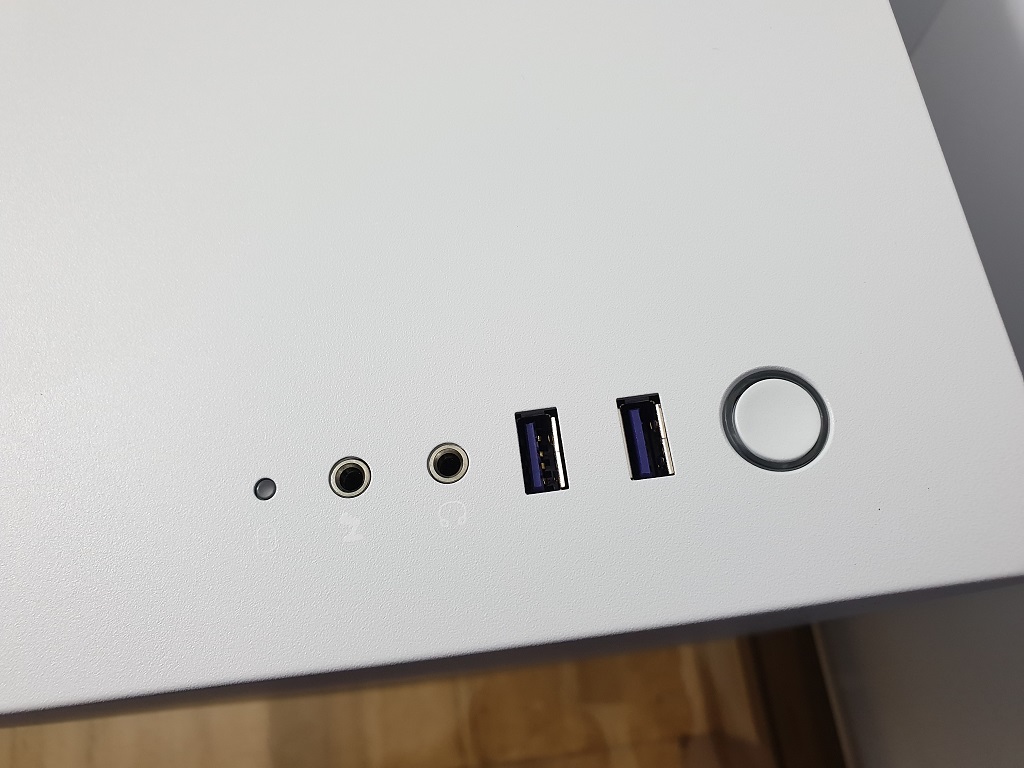 The front ports in the chassis include two USB Type-A 3.0s, along with a light-up LED button, and two analog earphones and microphone interfaces with a middle indicator light storage. This is a minimal amount of interfaces that I would consider reasonable and good for the package today. I would also like to see USB Type-C or at least another port USB At least one 2.0 standard. 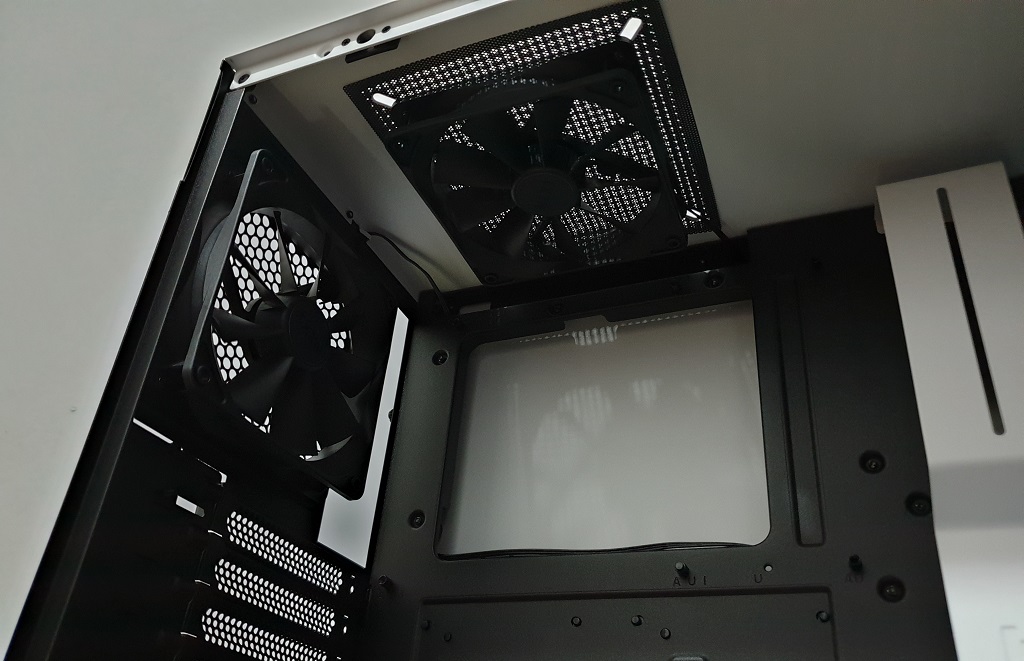 As I mentioned, this enclosure comes with two 120 millimeters on the rear. Both are directed to take air out of the chassis and the top fan has a simple coarse filter which screws are connected through it. Cleaning the filter is done by disconnecting the fan. 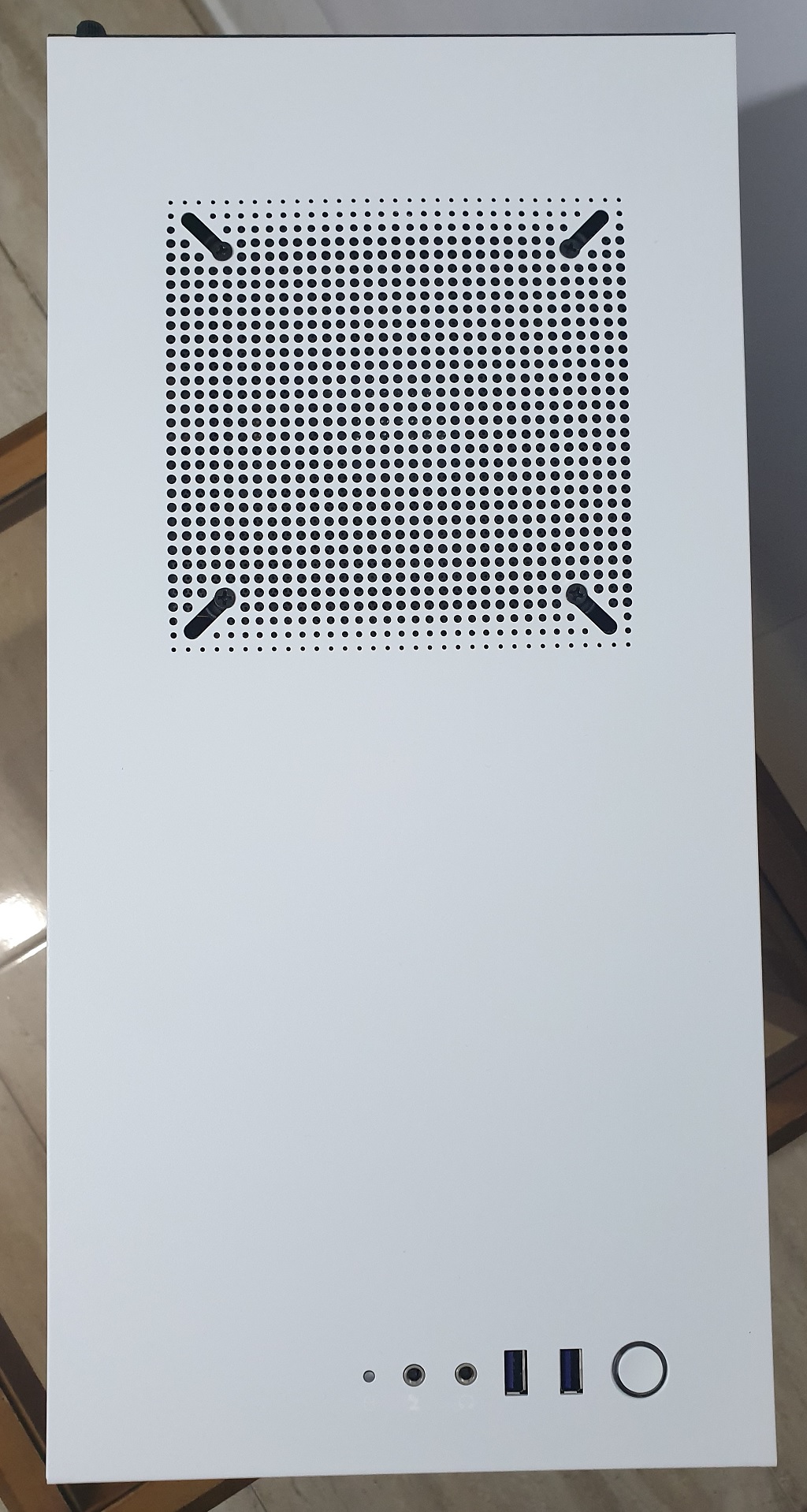 This type of air removal design is the brainchild of NZXT And was introduced with the S340 case a few years ago. In my opinion, reusing it is not very suitable for the technological advancements and designs of hardware today. Many water coolers for a processor in a large number of prices already come in the form of 240 or 280 millimeters,NZXT You should know that.

The time has come to continue evolution to coordinate curvature and increase the area designated for overhead cooling in this type of design. Maybe you can use a modular solution that will allow you to use only one fan, two or even no overhead fans at all. 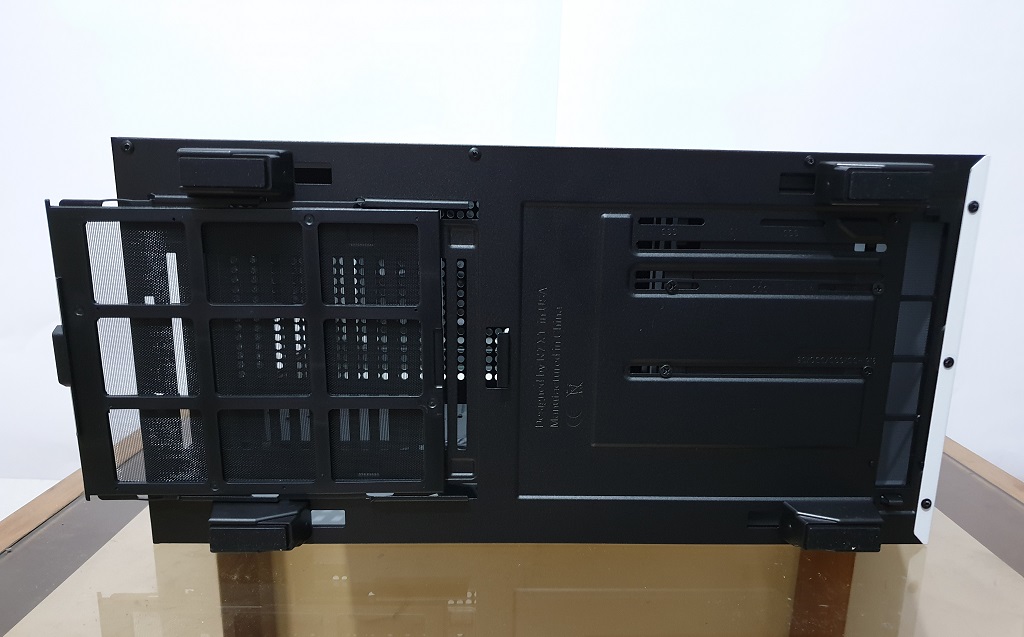 The bottom of the case contains a removable filter for the air entering the power supply, and four large rubber bottom legs. At the bottom of the chassis there is a mechanism that controls the distance in which the rigid drive cage stands. By default, it is installed quite far and there is a profit to provide long power. 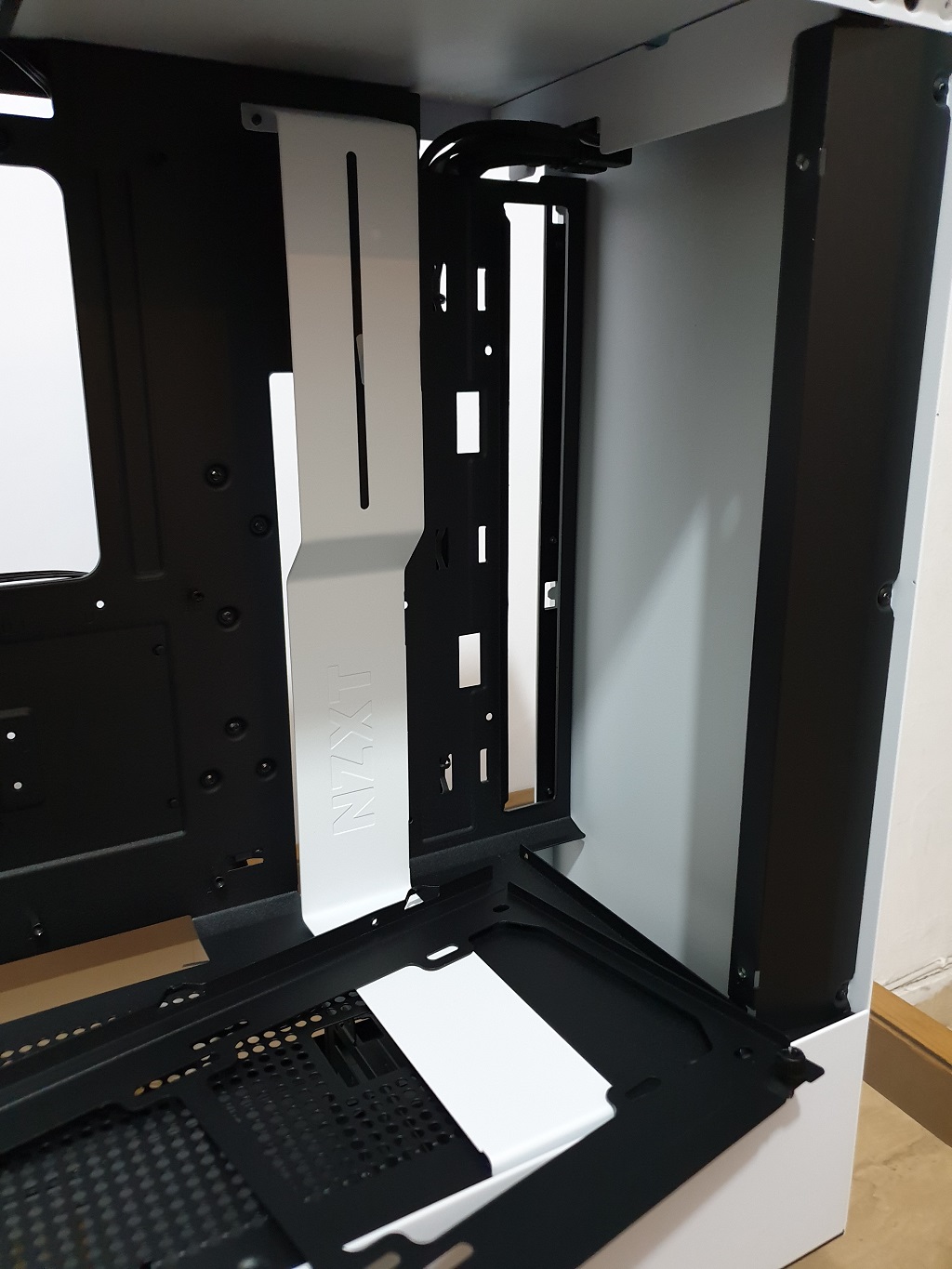 The front part of the H500 does not open from the outside at all. In fact, it is one piece of metal all along the front and top of the case. The way to install fans and radiators on the front of the chassis is by removing the panel, installing and anchoring it with dedicated screws. 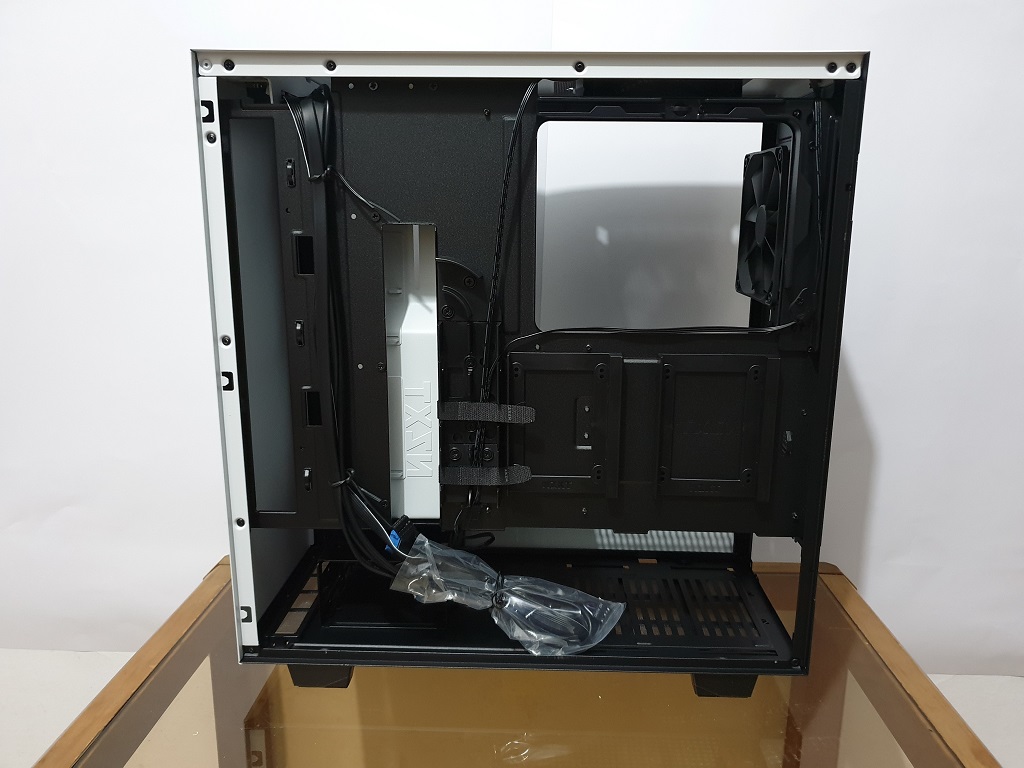 A look at what is happening behind shows a docking device for all the accompanying materials that connect to the motherboard. There are two trays for the installation of drives SSD 2.5 standard in addition to two trays for installation of 3.5 or 2.5 INCH drives at the bottom of the partition where we install the power supply.

There are channels that make it clear that cable arrangement is part of the experience, and that this is a fairly important operation in such a package. 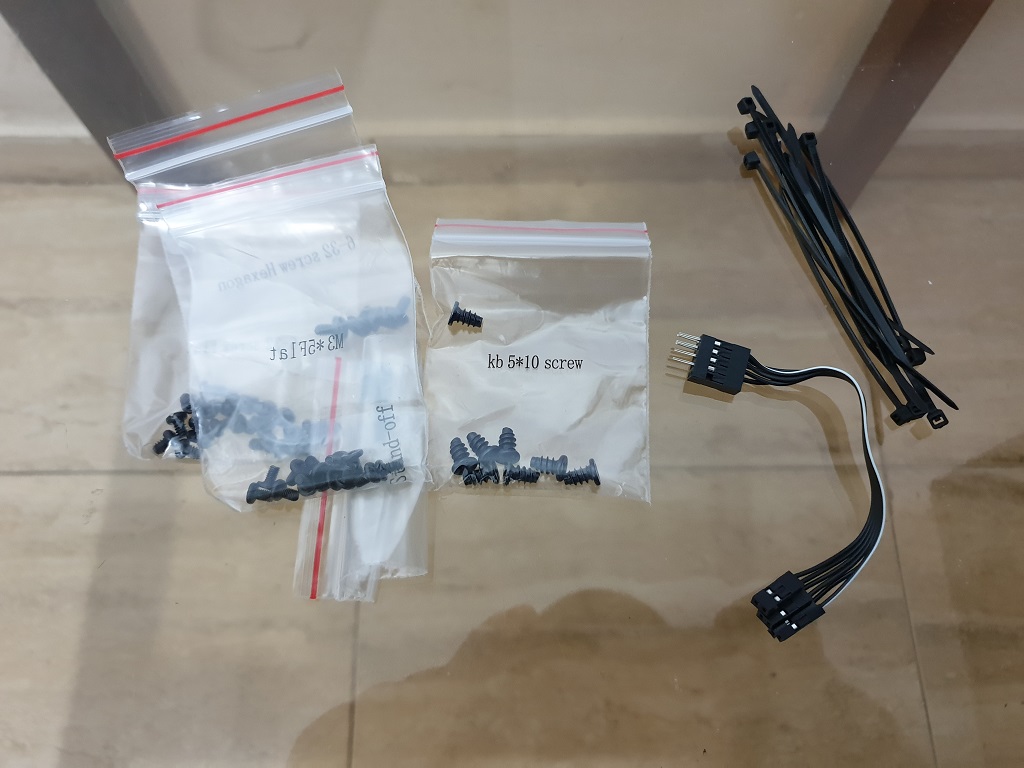 Before approaching the computer assembly it is important to get acquainted with the sub-players, the various screws and the means of installation. In my handcuffs index between 0 which is "we do not care what the computer will look like" to 10 which emphasizes "it should be clean and tidy", the H500 is placed quite high. There is also an adapter that connects to the front buttons and splits to the various connections - so that we do not get a large amount of separate cables that come to the motherboard, but as one piece. 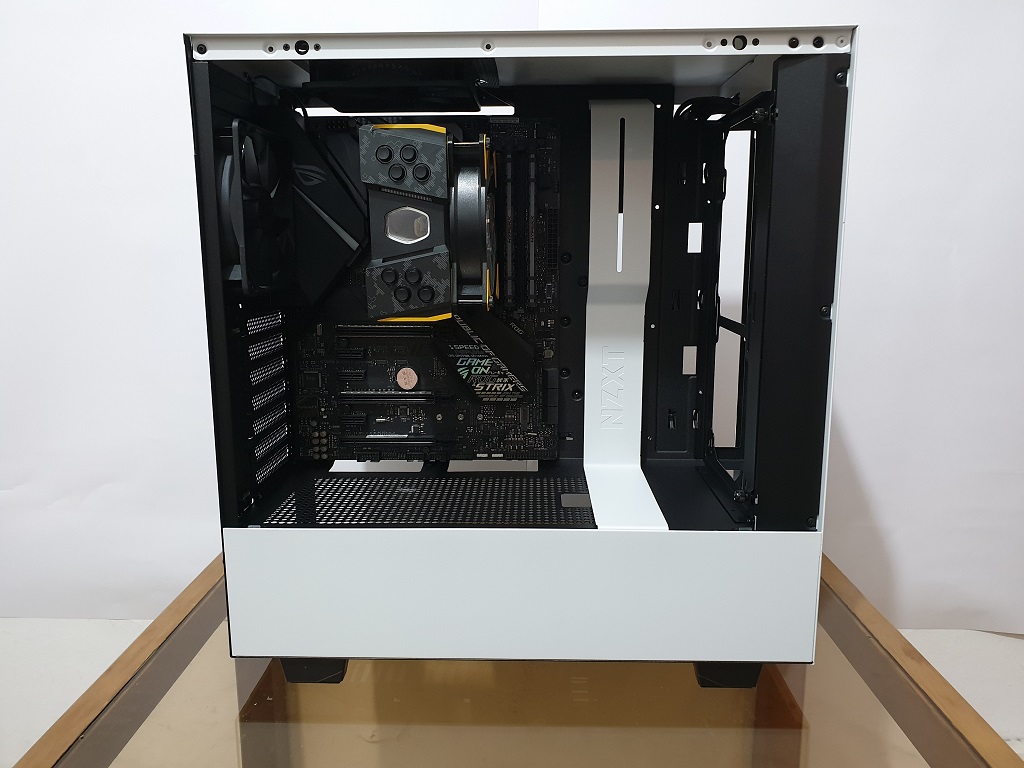 I first chose to insert the motherboard with the components made up of it. The cooling height is 16.5 cm and this is absolutely the maximum height that the H500 supports. The distance between the glass window and the cooling when it is closed is a single millimeter. This is not the largest distance between Motherboard For the cabinet door, there will be some top end coolers that are not suitable for installation in this case, please note.

All motherboard mounting screws are installed in the factory NZXT, So installing the motherboard was easy and without messing with additional screws. 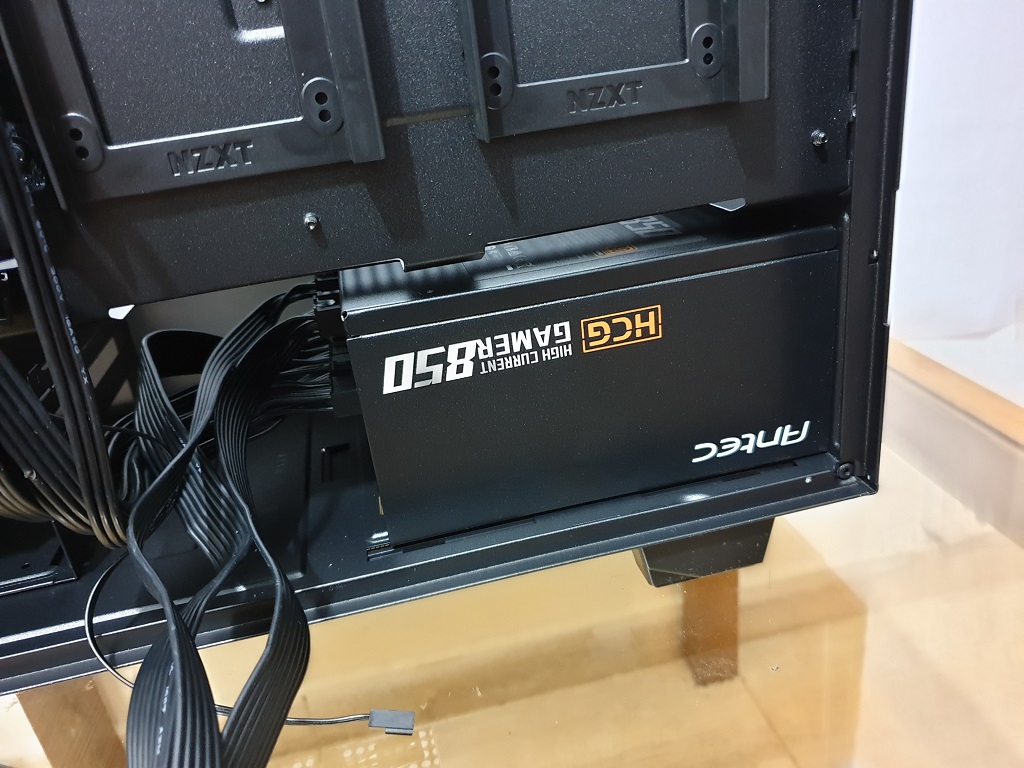 The power supply installation is recommended when all the cables you want are already connected to it, as the approach may be very inconvenient after installation. 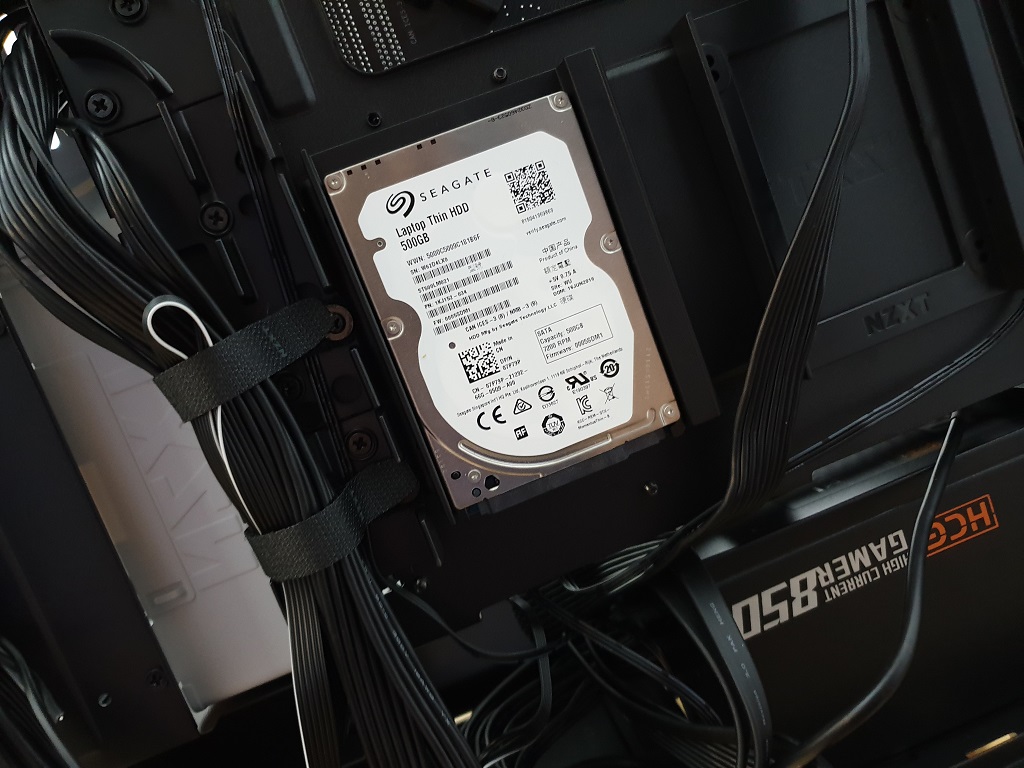 The mechanism of anchoring the 2.5 drives is one of the most interesting ones I have encountered. To release this tray, press it and pull to the side. This is a mechanism without screws. There is also a need to connect the drive with screws to the tray itself. 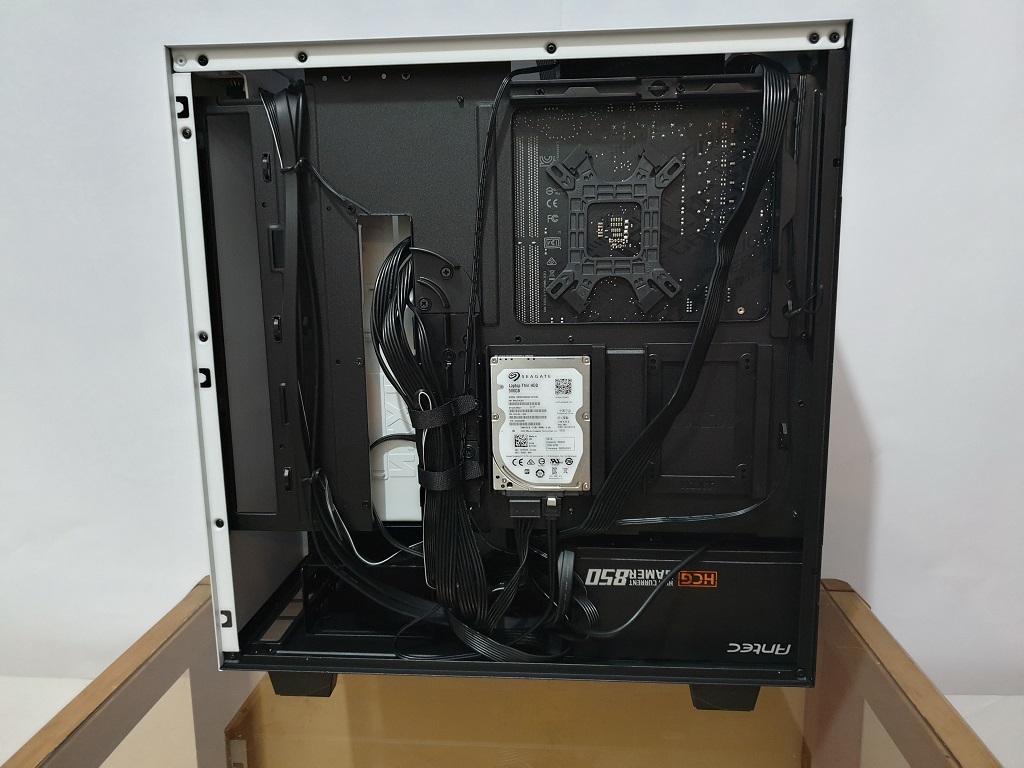 This shows the back of the computer after a minimum cable arrangement is made. The H500 is a very comfortable and simple enclosure for cable wiring and there was no problem closing the back door. There was no counter-pressure at all from the cables. The only comment I have is that the input and connection of an 8PIN cable to the motherboard is not for the faint of heart if you have installed the motherboard beforehand, since reaching the motherboard connector is particularly difficult between the installed fans. It is recommended to disassemble the upper fan during the process. 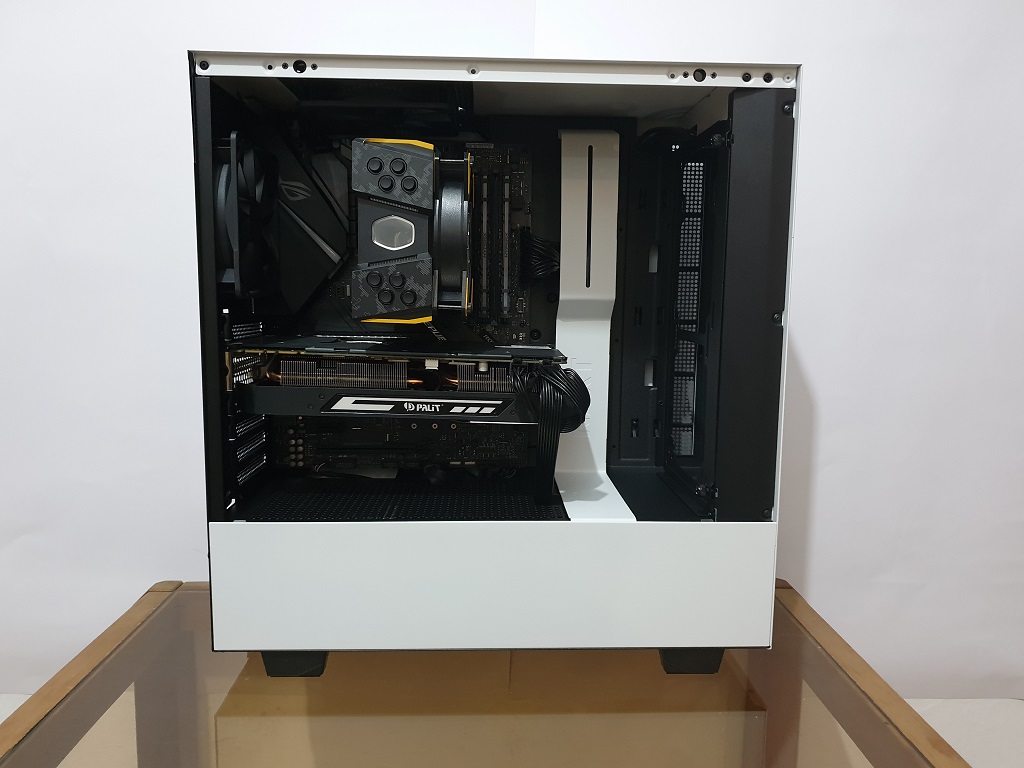 This means that the assembly is visible on the right side of the case. The location of the holes is correct in relation to the structure Motherboard Standard and wiring is very clean and accurate. The length of the graphics card is about 10 inches long, and our 40-inch video card looks compact and quite comfortable inside. 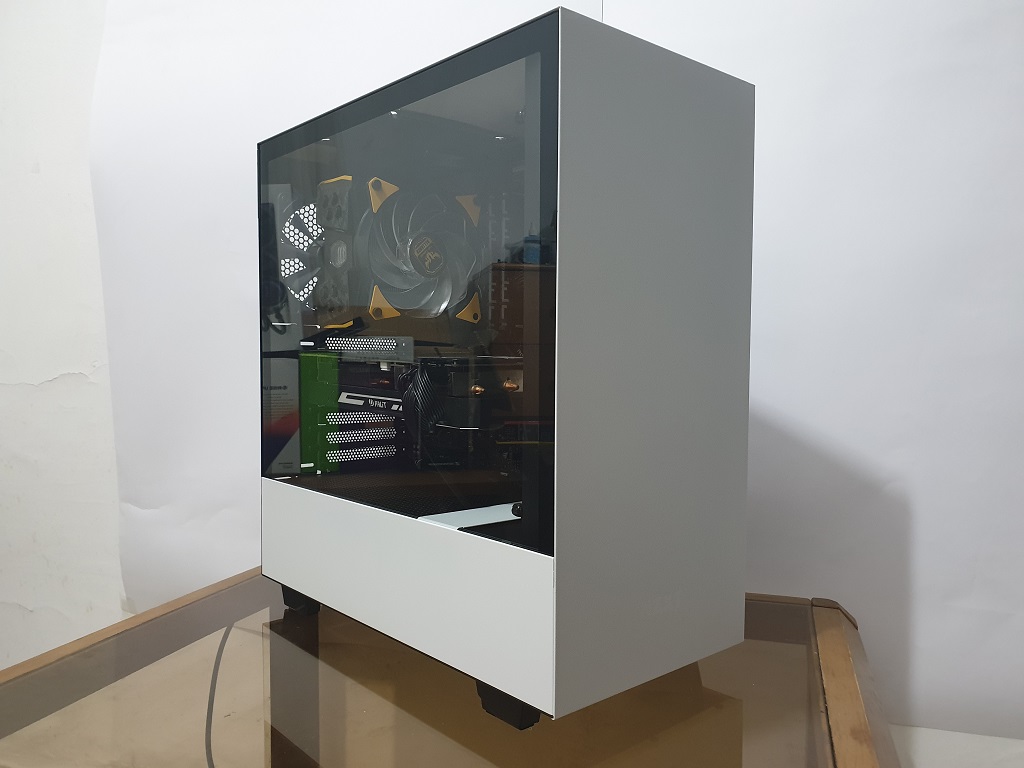 This is how the complex computer system looks at a side-view. 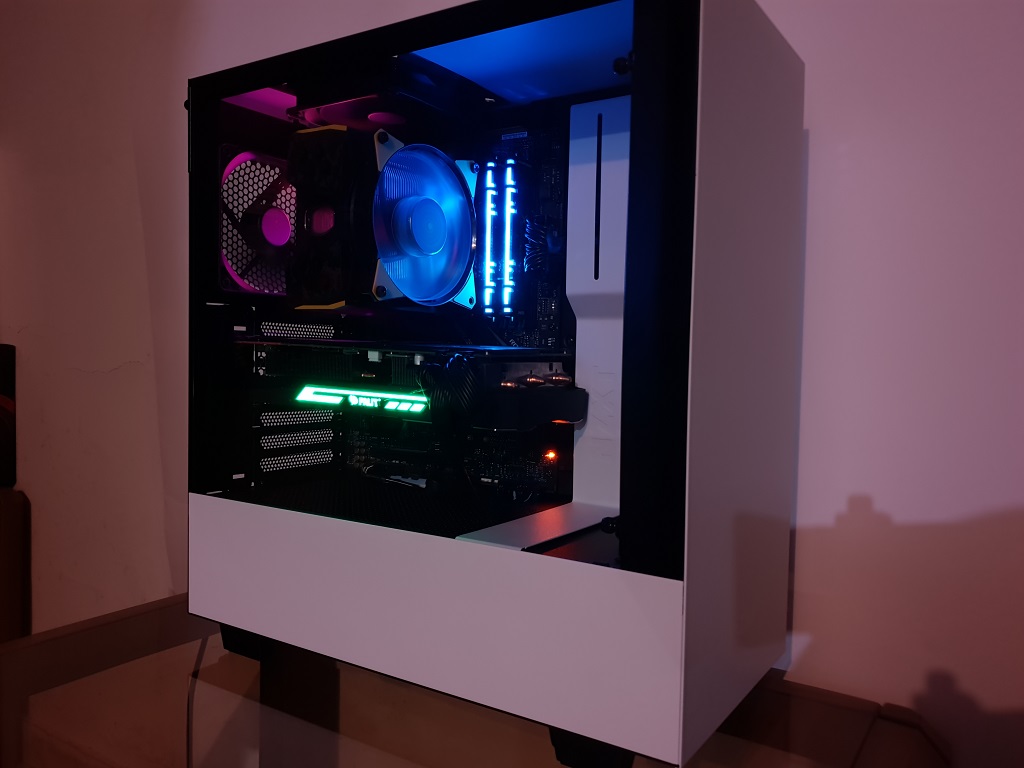 Of course, it is impossible without the computer system being lit and in full splendor. The glass window allows for a clean view of the entire motherboard area and this is the standard we are used to receiving fromNZXT As far as this area is concerned.

The noise level of the system is considered to be mediocre in terms of hardware shutdown, mainly due to the temperature of the components.

This is certainly not a severe case, but the effect is likely to be limited to a different use of the medium Cooling And components with lower heat emission. The power consumption of this system with maximum effort is approximately 320 watts. NZXT, Here's another good reason to allow docking of two overhead fans.

Here is a continuation of a very clear tradition of NZXT. Its new H500 chassis comes to add a number of things to the S340 that has become a classic among modern and solid design enthusiasts.

The use of tempered glass for the side door is a very strong element in the design Enclosures Today it is gaining popularity. I think the main reason for this is mainly scratch resistance, something we have never seen in the plastic windows of the packaging world to this day. There, usually scars are for good.

Comfort and improvement The wiring also has undergone an easy upgrade between S340 and H500. Building a computer in the H500 package is very easy and simple. This is so long as this is a standard computer system, which is what I would expect users to build in such a budget package. H500 is not the first package that should cost you the head when you think about Cooling Advanced, arrays SLI And other luxuries. 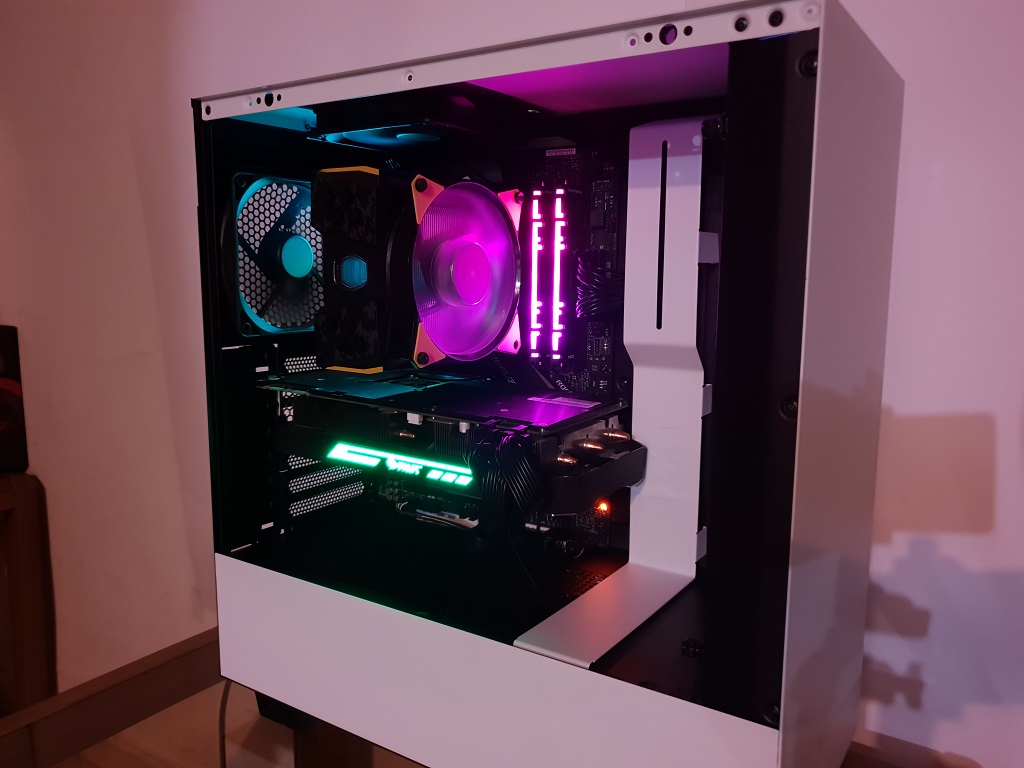 It is important to know that the ability to cope with high power consumption is something that varies between Enclosures And I would label H500 as being suitable for medium-sized gaming systems in their budget.

I think it's time to give this frame a slightly more serious refresh in the form of better compatibility with radiators and fans. I will be happy in the near future to see this approach improved with a slightly wider overall width of the chassis, to allow maximum compatibility for water closures and a rear fan of 140 millimeters. I would be happy to see an additional top fan docking. I would also like to see a few more ways in which fresh air can enter the system from the front of the case, except for a simple filter on the back of the door.

This package accepts our recommendation to the fans of modern aesthetics. The price tag of 70 dollars or 380 in Israel is a worthy candidate for those who specifically want this look, especially in white. Small improvements can make this case even more rewarding and worthy. 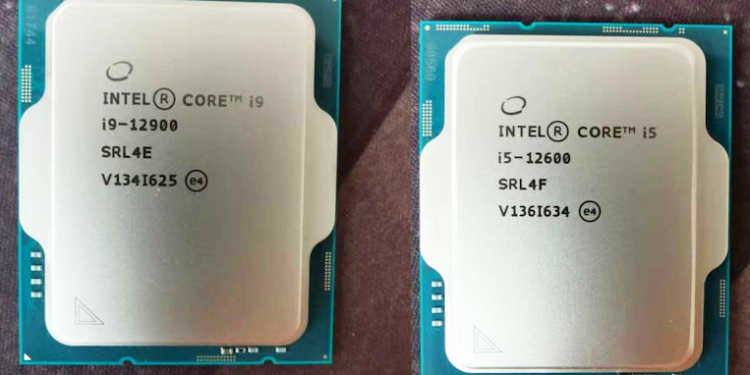