The Radeon Fury in Reviews: Life and Death in the Hand of Haste

The second video card based on the Fiji core is already here, with performance that surpasses theGTX 980 But at a price that complicates matters

As promised, AMD removed its information embargo earlier than expected - and reviews The Radeon Fury Began Flow אל Network. Is this $ 550 card (or higher) the ideal middle point for gaming for the highest quality? The details are before you.

Contrast To Radeon Fury X Offered in a reference design only that AMD's partnerships were not allowed to change, the Radeon Fury was actually launched with no reference design at all, but based on proprietary designs from only two manufacturers - Sapphire וAsus, When the first offers Two Tri-X models With massive cooling based on a compact reference circuit (such as that of The Fury X), And the other offers a single STRIX model based on a full-size printed circuitry and offers support for 0dB technology to turn off the card fan when the environment is cool enough to support it. 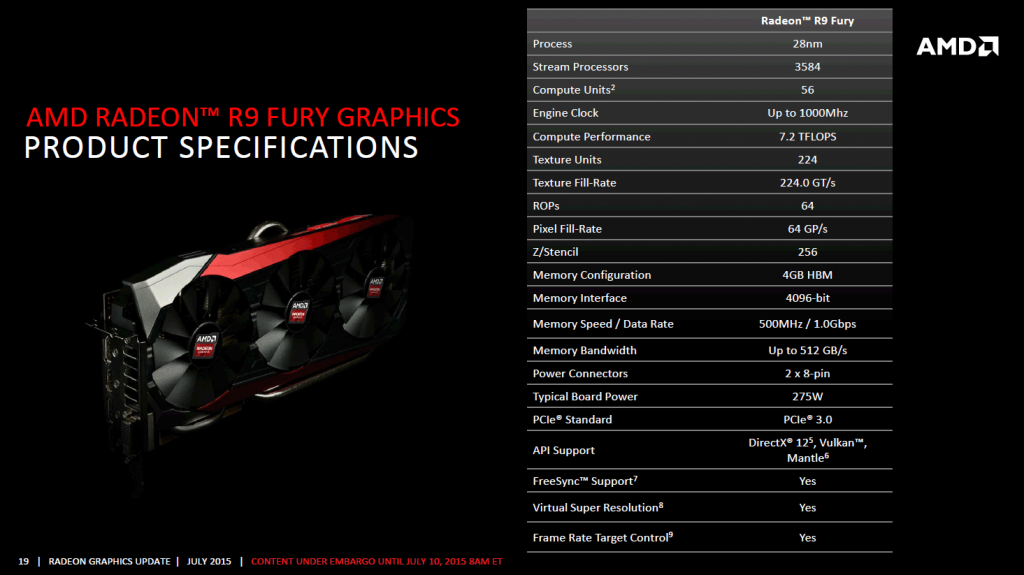 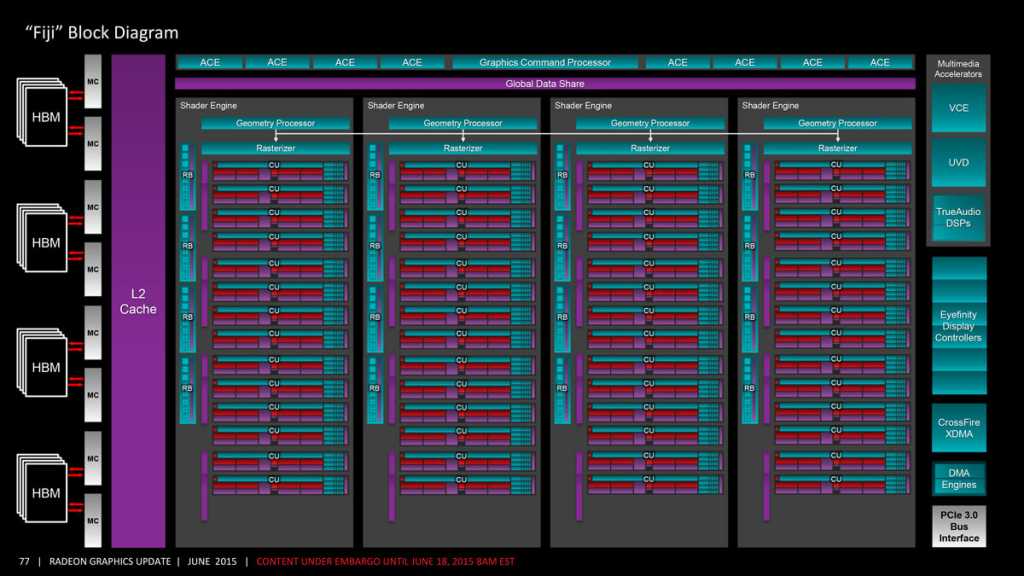 We are big proponents of non-standard graphics cards with advanced technologies and cooling systems, but the "trouble" in a situation where there is no reference design is that it is much easier for manufacturers to provide a card with dedicated branding and strive for a fatter coupon - and so, the basic card of Sapphire Although 550 is priced as recommended, its OC model generates $ 570, while the STRIX of Asus Will be offered at $ 580, with each addition naturally detrimental to the overall cost / benefit ratio of the Fury. 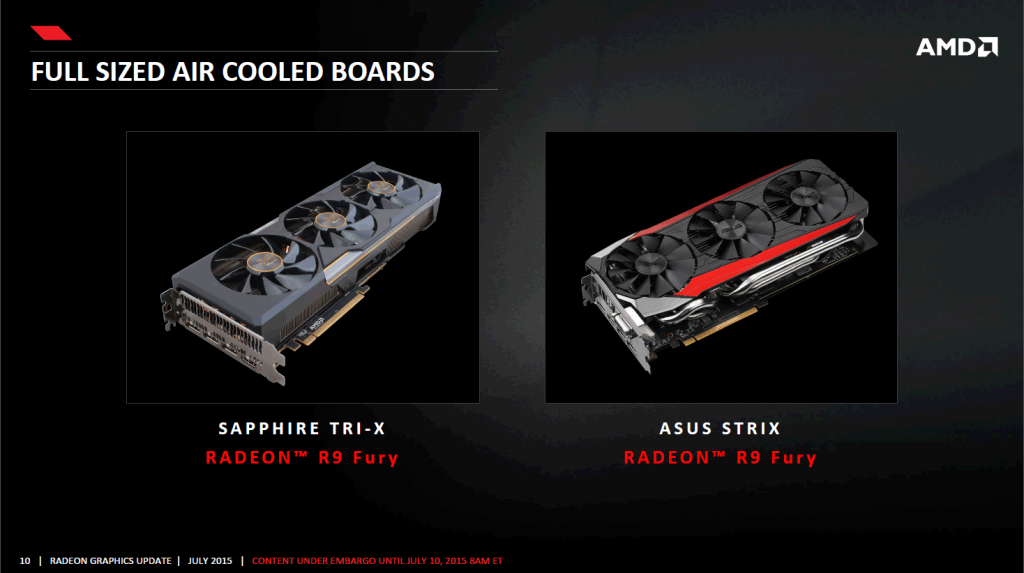 Let's move on to the performance itself: here, the Radeon Fury has certainly succeeded in its main mission - it is faster than its closest competitor, The GTX 980. Differences are not large and are about 6 to 7 percent on average in 2160p resolution,AMD Prove their potential in the transition to Ultra HD, where the Fury shines and the difference climbs to a double-digit amount of about 12 to 14 percent on average. At FullHD resolutions and below you can see equality between these two advanced video cards, and even a reversal of the trend - but for such resolutions it is probably better to settle for a slightly simpler card, and save the difference for the day when a screen can be purchased 4k Quality and competitive price.

Despite the performance advantage in the opening line, not everything is rosy for AMD's new model. The biggest disadvantage of the Fury X migrates, unfortunately, to the little brother as well - and despite the massive and effective air cooling that Sapphire and Asus attached to it, the card's speed capability is programmatically (and possibly also firmly) limited to only 10 percent per core, along with a speed capability of about 10 percent, ostensibly, also for the memory of the new HBM. This is especially jarring due to the fact that the GTX 980 that stands in the aisle is known As an excellent overclockerMost of which can operate without problems with the addition of 15 percent and even 20 per cent of core frequencies, which provide an actual incremental performance of 10 to 13 and greatly reduce and possibly eliminate the relative advantage of performance with which X-Radeon Fury in standard mode.

According to techpowerup Fury has a lead in performance (at resolutions above FullHD, as mentioned), but when it comes to power consumption and performance per watt the situation is completely different - although here too you can see a big improvement on the part of AMD As opposed to the generation of Hawaii

We very much hope that,AMD Will allow execution The fast It is more appropriate to fully utilize the potential of the Fiji core sometime down the road, but until then it will be very difficult to recommend the purchase of one of the advanced and non-standard cards, as almost all of their advantages become irrelevant in a situation where the core frequency does not cross only the " 1,110 MHz. 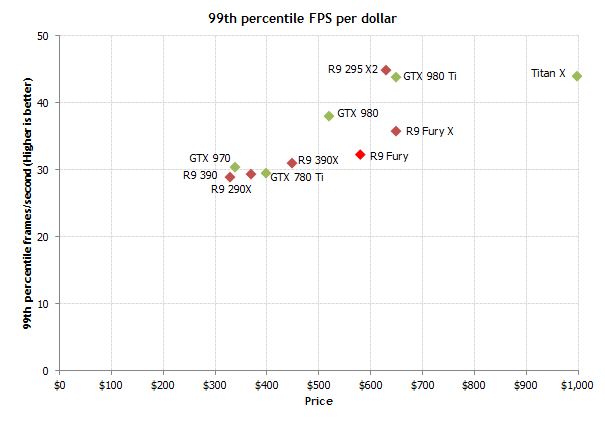 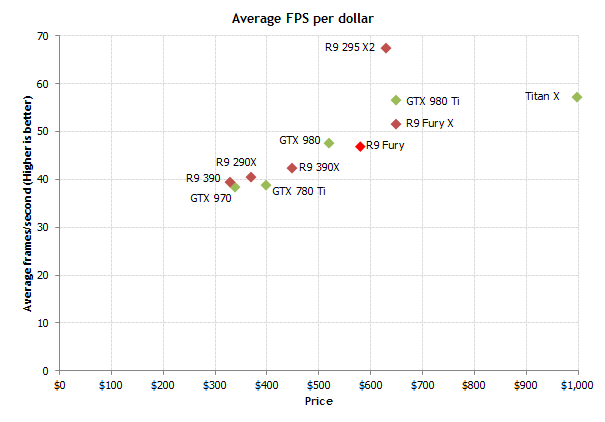 According to techreport, the Fury can not pass theGeForce GTX 980 - Not in performance, not in relative performance stability, nor in price as we already know

At the end of the day, it can be decided that once again we do not have a complete decision - anyone looking for a better-performing card 'out of the box', especially for looking to the future and the 4K resolutions it brings, can choose to invest a few tens of dollars more. Or a few hundred shekels in translation to the Hebrew market) at Radeon Fury, but on the other hand anyone who is not afraid of quick execution and is not aimed in the field of super resolutions in advance, will be able to get the same final product and maybe even a little better From the competitor GeForce GTX 980, And at a seemingly reduced price.

The main question mark we have left now touches For the R9 Nano - When will it reach us, how will it fit into the pricing hierarchy of AMD, What performance it will provide and whether it can really be twice as efficient as Hawaii cards. The clock resets and the countdown begins, again.