We took for test two powerful modern processors, one from Intel and one from AMD - To see how they cope with the capabilities of theGeForce RTX The new 3080. Is there an undisputed champion here? The answer is inside

Before the holiday we got to see the launch of A truly new generation of video cards עם NVIDIA's GeForce RTX 3080 10GB. This video card takes graphics power to new limits, making many wonder if their shiny new processors can handle this power in a dignified manner without stopping it.

We took the two advanced processors, one from Intel and one fromAMD And we accessed them head to head to find out where performance differences stand with the video card in question, and how resolution and graphics load affect the results. 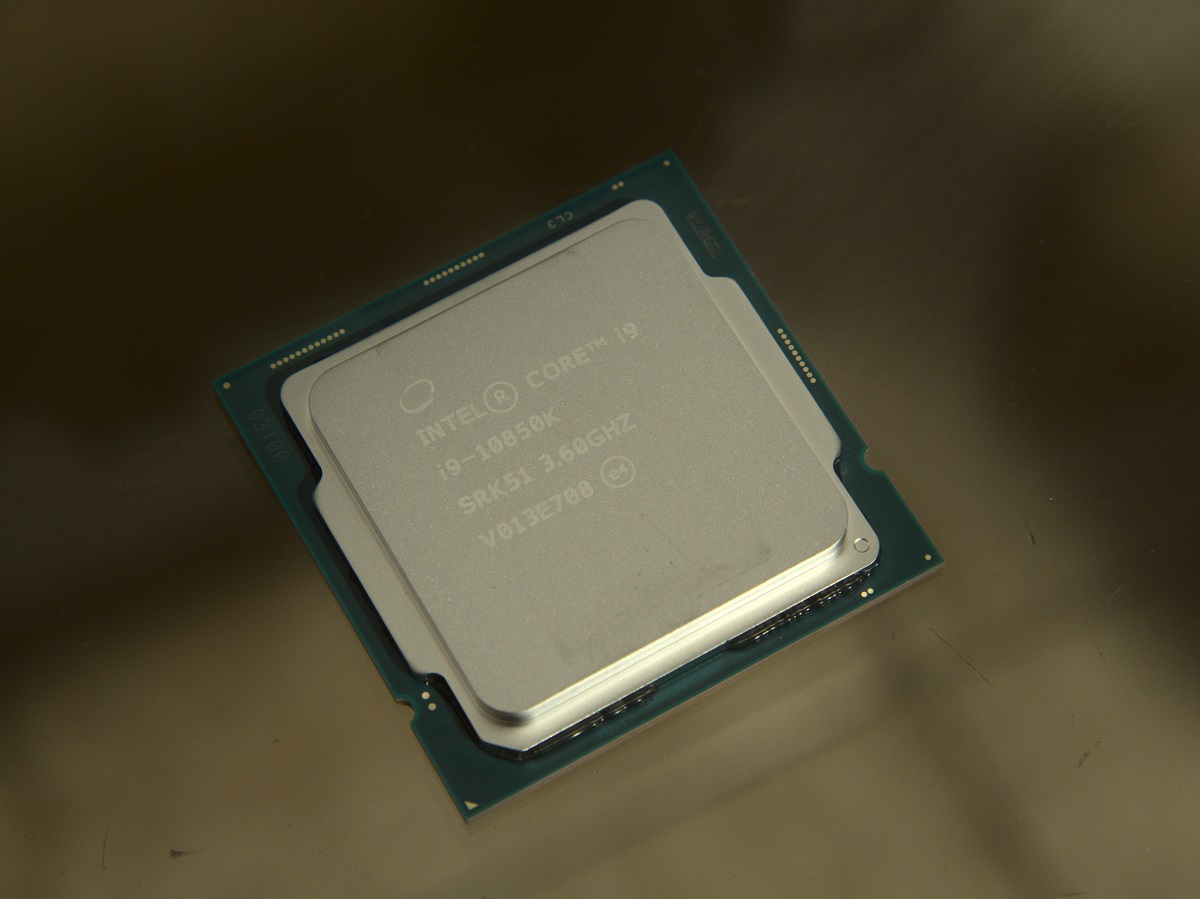 On one side of the arena is the Core i9 10850K processor Intel - This is a processor with 10 cores and 20 threads, which is based on the old 14-nm lithograph, and comes with a price tag of about NIS 2300. This processor is actually the little brother of Core i9 10900K, the flagship of a chassis LGA1200 The freshness.

This processor comes with an official base frequency of 3.6GHz and a very high turbo frequency of 5.2GHz when its single core is in short-term effort. When all of its cores are in effort and especially while playing, it will flag at frequencies between 4.5GHz and 4.8GHz mostly. It is the cheapest 10-core processor it currently offers Intel. 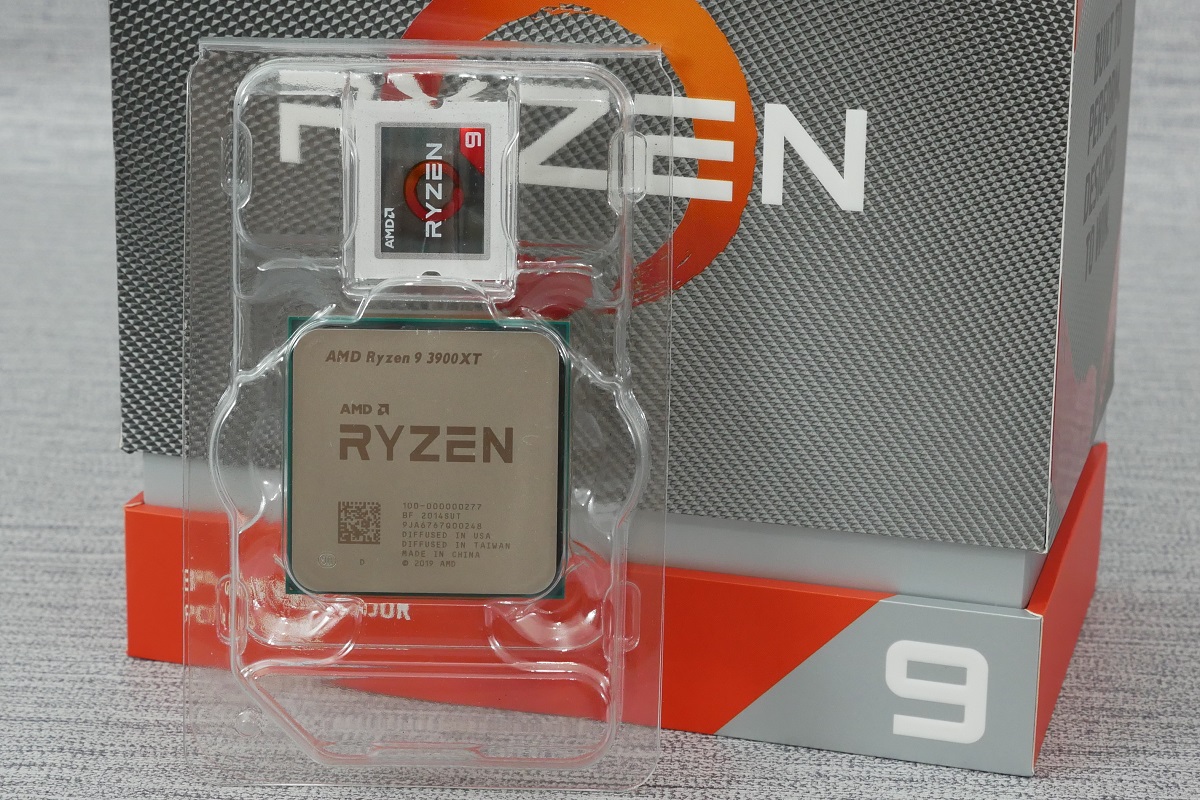 On the other side of the arena stands the Ryzen 9 3900XT, a processor that itself is a refresh over an existing one as well. This processor is the most advanced for an AM4 chassis that contains 12 processing cores and 24 threads. It comes with a base frequency of 3.8GHz and a maximum frequency of 4.7GHz for a single core. Along with 64MB of זיכרון Third-level cache, theRYZEN 9 3900XT is considered a real work monster, and comes with a price tag of about 2300 shekels. It is important to note that there is a cheaper version called RYZEN 9 3900X which preceded this processor, and is still offered for sale at a cost of about 2,000 shekels.

For the sake of simplicity, we are not going to address additional factors like costs of motherboards, fixtures Cooling And other vegetables. Our goal is mainly to know who is taking theGeForce RTX 3080 as far as possible. 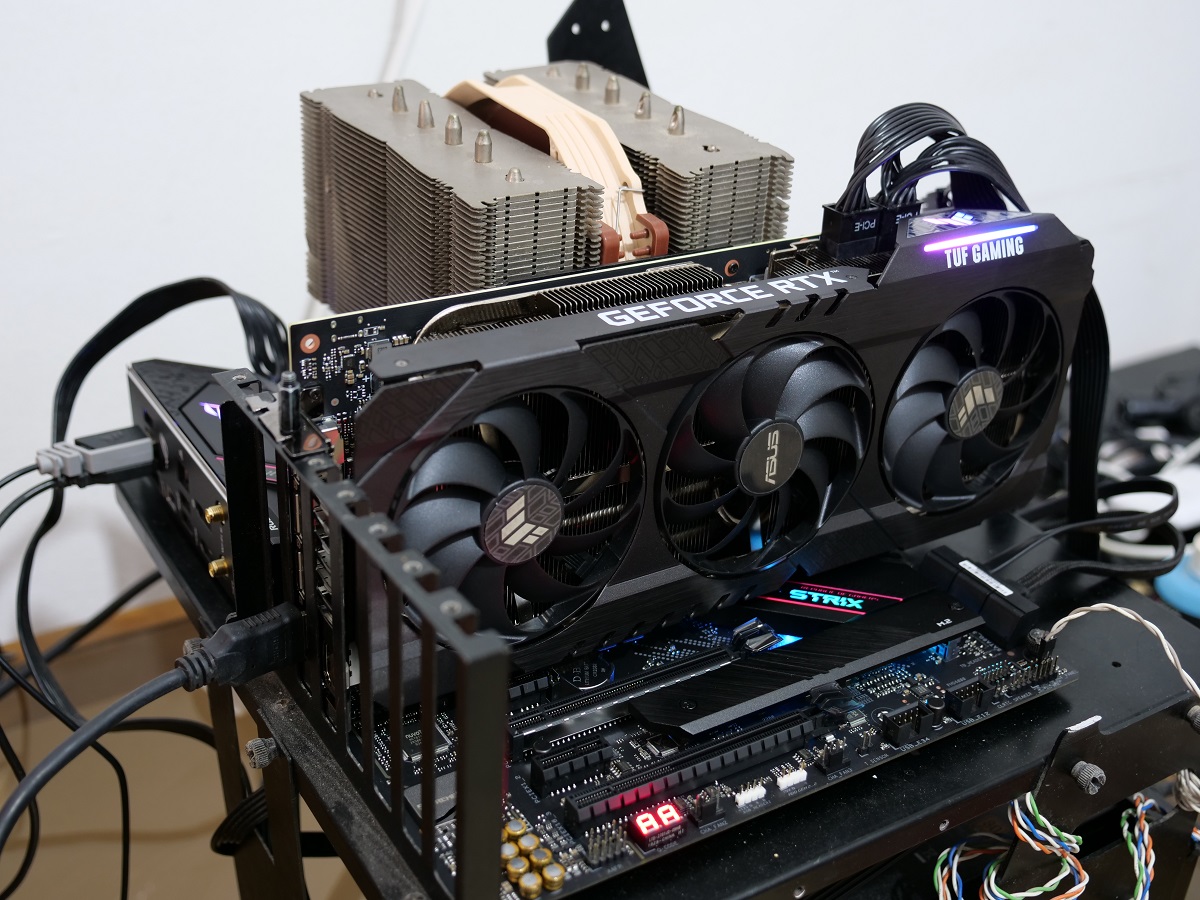 For these performance tests, we've recruited the Asus GeForce RTX 3080 TUF OC, an excellent video card and one of the recommended models of this generation - Review here.

In addition, it is important for us not to limit the cooling capabilities on these processors. We used both with the Noctua NH-D15 heatsink which is considered to be one of the most advanced. In addition, the memory kit used by both systems is Corsair Dominator 3200MHz CL14 with a capacity of 16GB. speed זיכרון It is considered a good place in the middle, and quite fast.,

We test the processors in three resolutions, with 1920X1080 being used primarily as academic research. 2560X1440 and 3840X2160 are mainly the target resolutions of this video card. 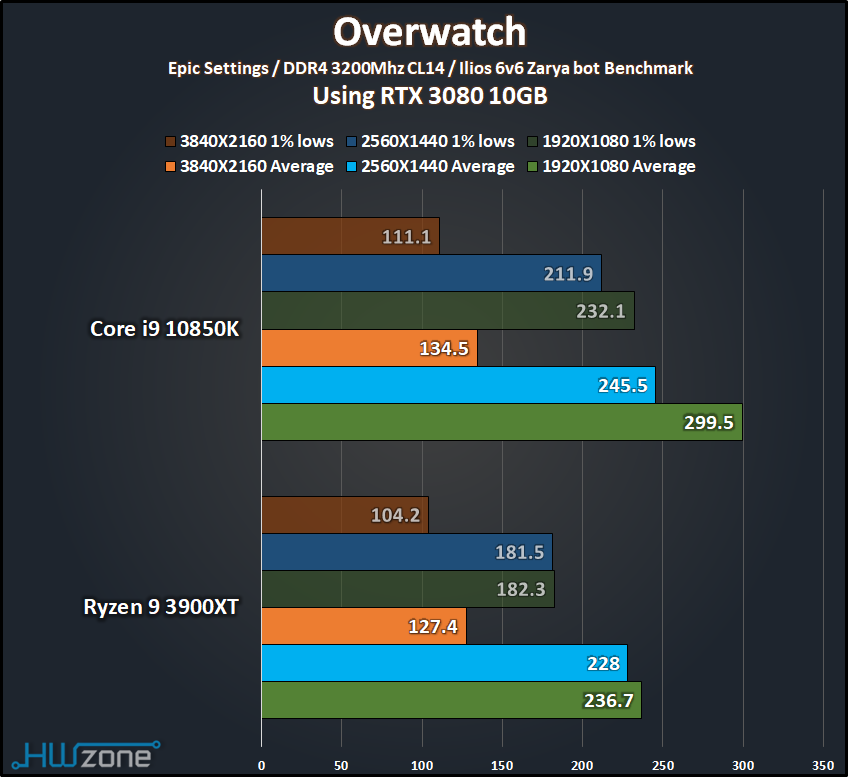 E-sports first and foremost, and in the Overwatch game you can see that the Core i9 1850K is in a hurry to touch the 300FPS engine limit under 1920X1080 resolution. When moving to 2560X1440 which is more burdensome on the video card, there is an easy transport of about 7% to the processor Intel. Resolution 4k The difference shrinks to 5.5%. 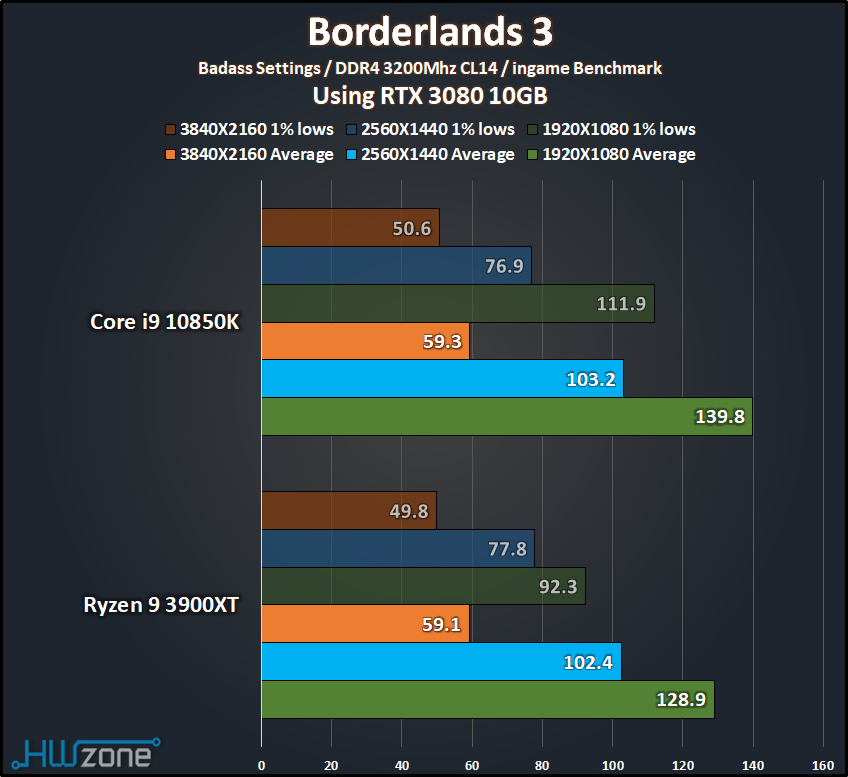 The game Borderlands 3 is considered very graphically heavy, despite its relatively simple visual quality. The resolutions 2560X1440 and 3840X2160 processors are practically identical in their performance. 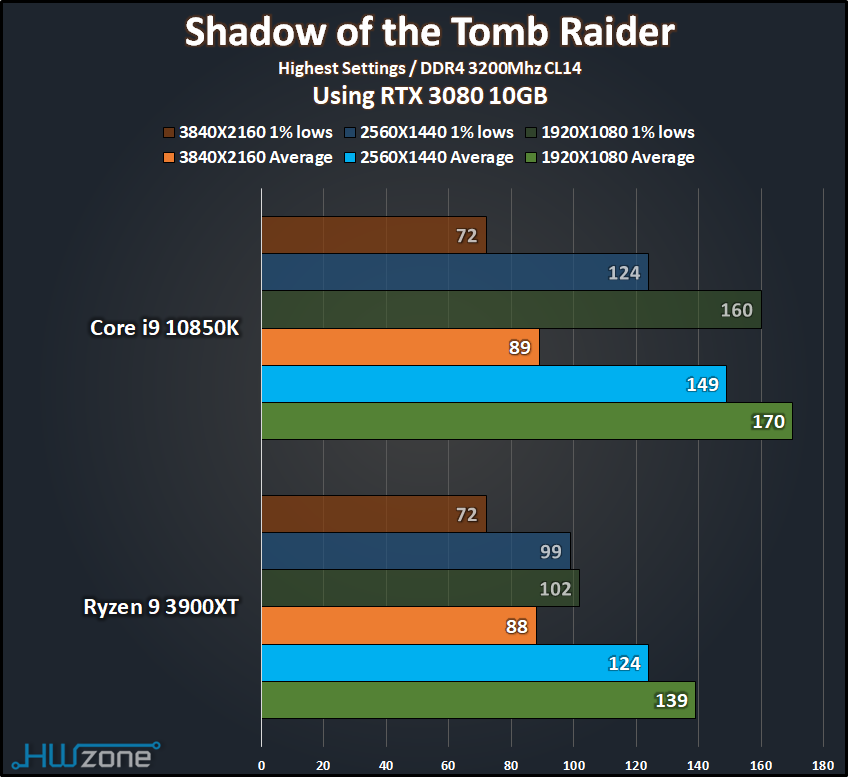 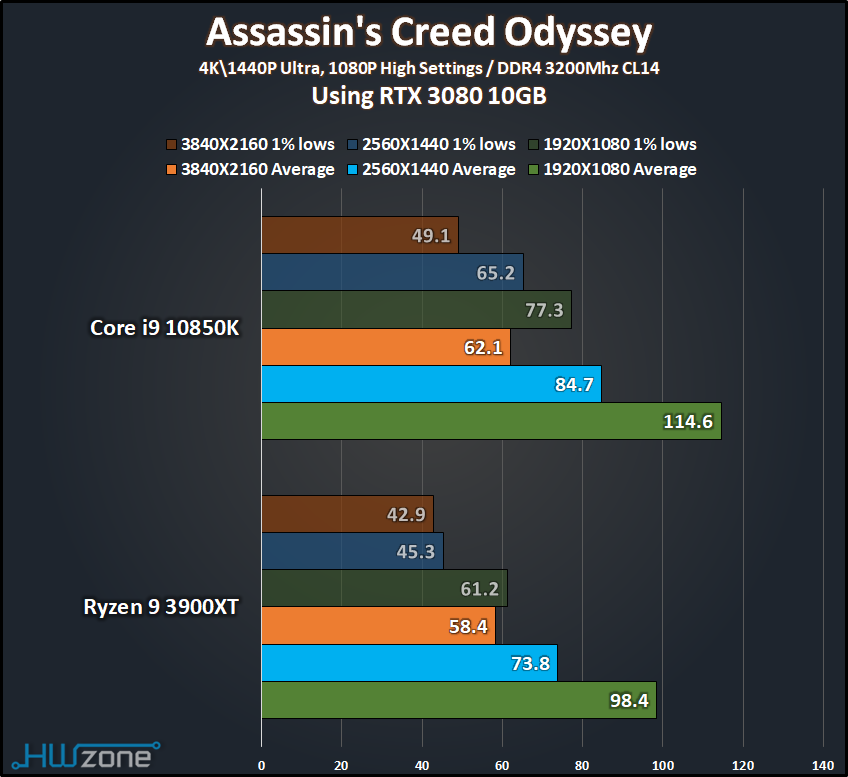 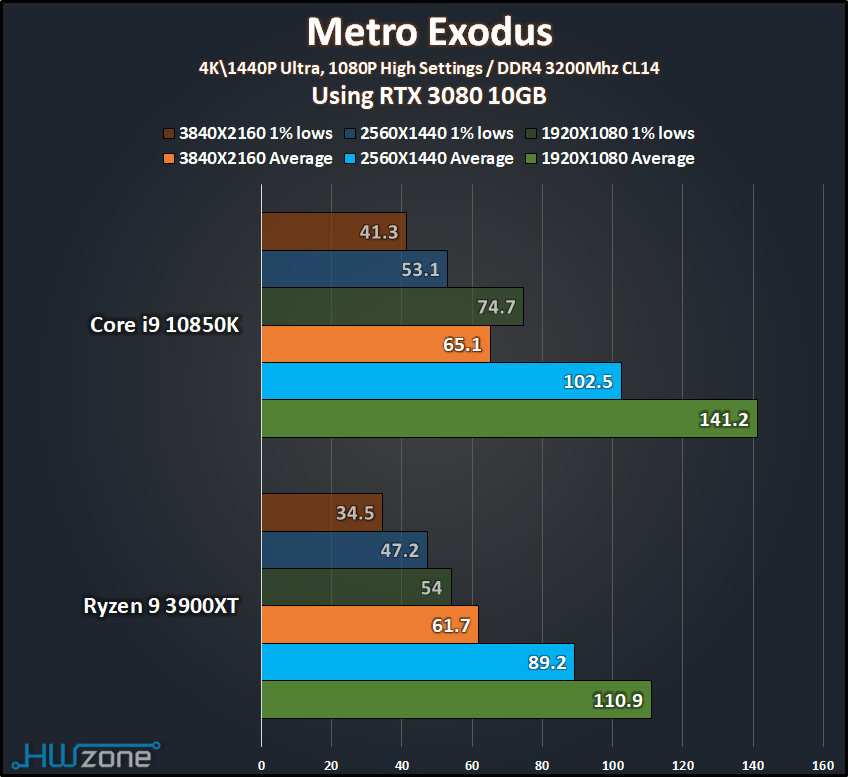 Metro EXodus shows additional performance differences that are beyond the negligible range between the two processors being tested. 2560X1440 resolution shows us a 15% difference even with a huge graphics load on the video card. 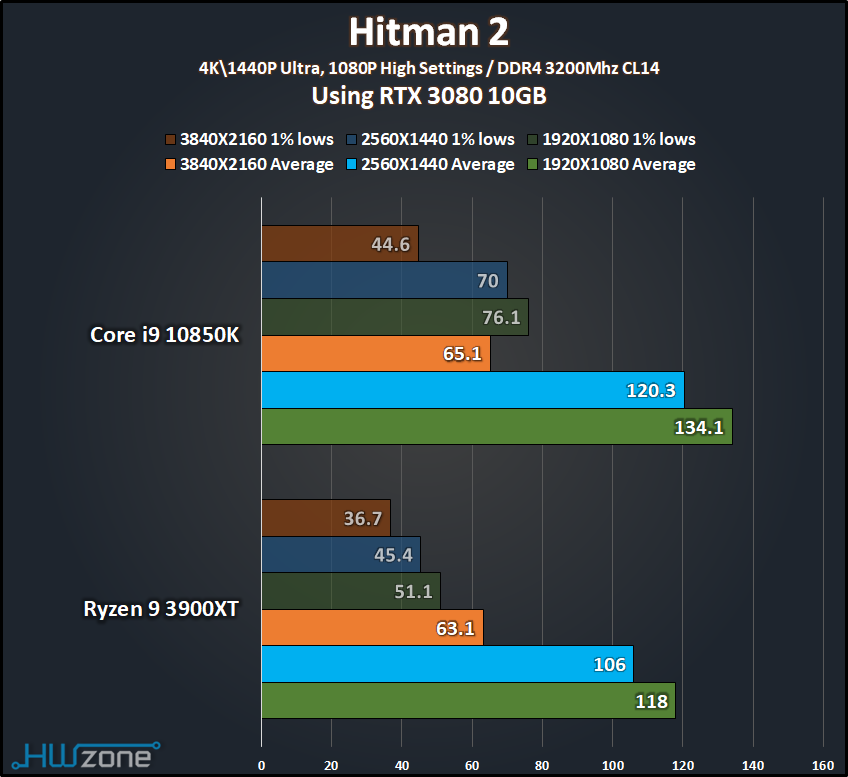 Using the Ryzen 9 3900XT with an RTX 3080 video card at 1920X1080 resolution is a great way to get an optimal amount of frames per second. Under a resolution of 2560X1440 there is still a slight CPU limit, with a 13.4% processor thaw Intel. The differences shrink under resolution 4k The demanding. 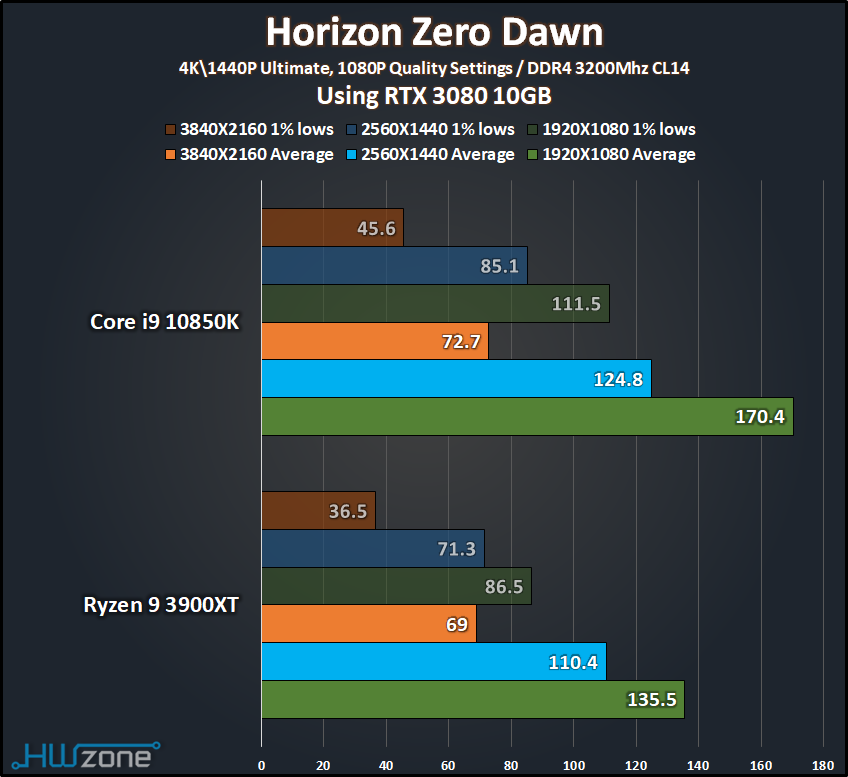 The game Horizon Zero Dawn was built for a console that uses an AMD processor… and it does not interest the Intel. The performance differences in the 1920 X1080 are enormous, and are significantly reduced to about 13% at a resolution of 2560X1440. Also in-4k A small difference of 5% can be seen. 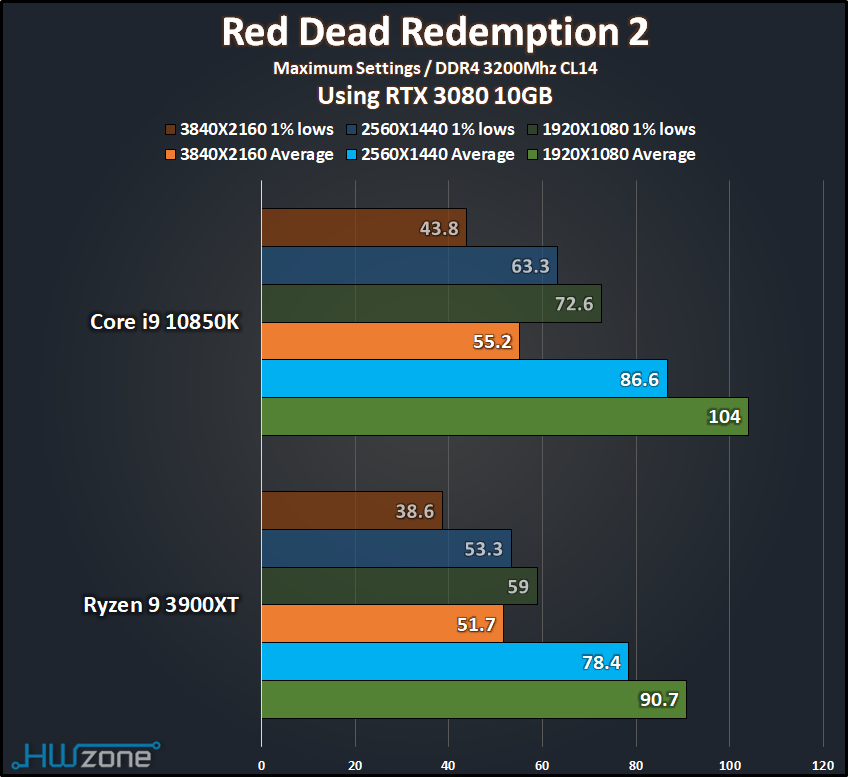 In the game Red Dead Redemption 2 even under maximum display settings, there is a 10% difference in favor of a system that usesCore i9 10850K compared to Ryzen 9 3900XT. The difference is reduced to 6.7% in4k. 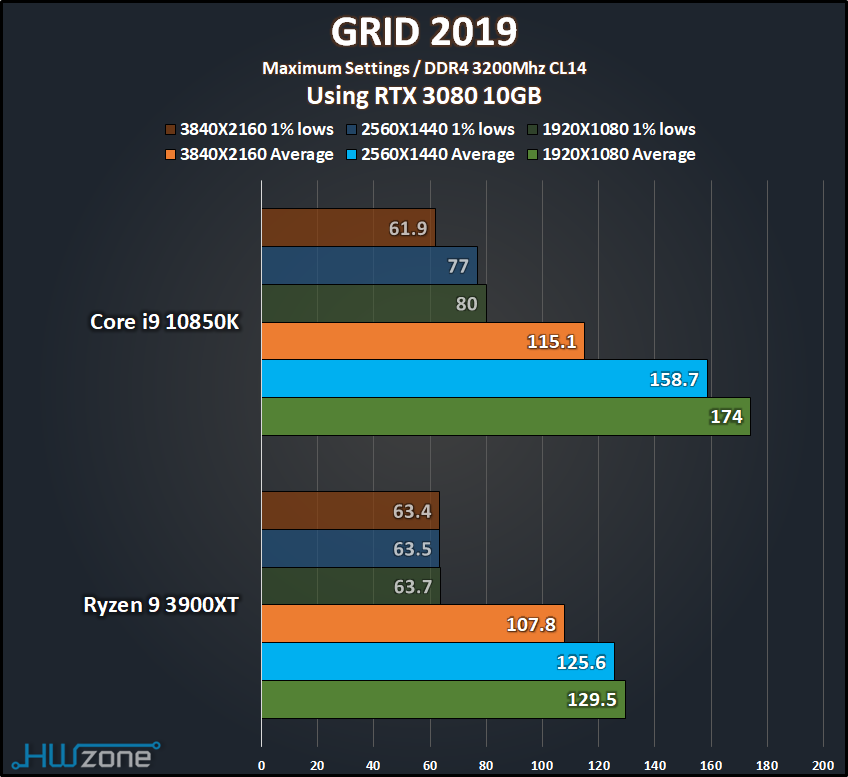 The GRID racing game also shows how a CPU limit to produce a maximum amount of frames per second can affect the performance differences between different resolutions. With a difference of more than 25% between the two processors using RTX 3080, we actually quietly dropped to a lower graphics card rank for a processor AMD Without doing anything. Processor performance is getting pretty close in resolution 4k Only, where the difference is only 6.7%.

Before we get into the battle between the processors using the video card one has to remember one important thing - a computer processor aims to serve for many tasks, and there these are important to choose a hook ahead of time. If a particular user plays on the computer but also operation Other productivity tasks, a processor choice should be considered according to the weight of these tasks for the user.

When it comes to net gaming performance and serious graphics card propulsion like the GeForce RTX 3080, unsurprisingly the hand of Intel On top with the Core i9 10850K. Due to the extremely high operating frequencies, and the in-house communication speed, the lead in gaming capabilities does not leave the Intel, Still.

From this it can be cautiously concluded that even in lower segments of the market where octaves of cores from both directions, or hexagons of cores from both directions compete, Intel's hand will often be on the top. Admittedly, we will again mention that there are certain productive uses in which processors AMD There will be priorities, and the calculation of priorities must be on the user. There are countless reviews across the web for any popular software that will only be regarding Intel Mol performance AMD It is the user's responsibility to know in such a case. 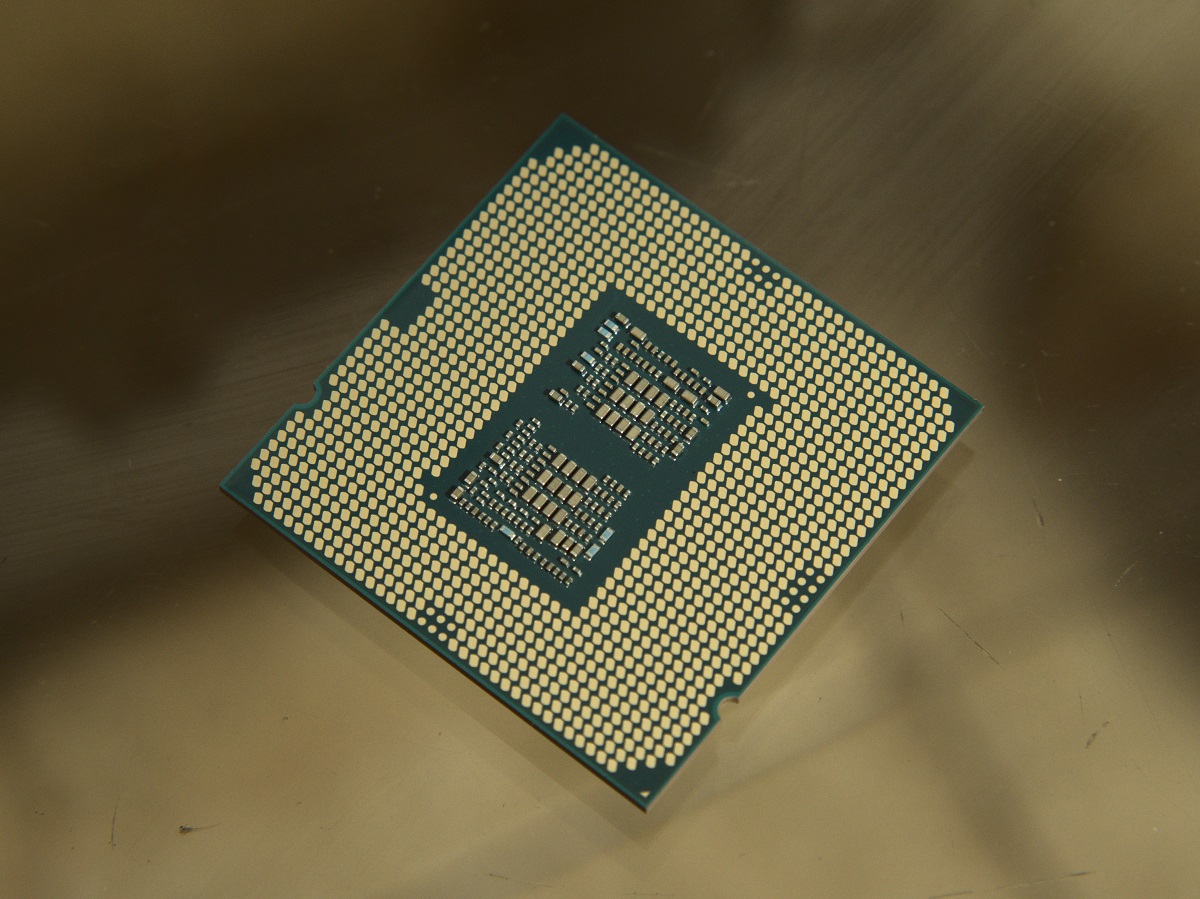 Despite the fact that Intel processors only support PCI-EXpress 3.0 standard for current video cards, and platform AMD The modern includes support for Standard 4.0 as far back as last year, an advanced graphics card based on Standard 4.0 like the RTX 3080 just does not take this fact into account. With its fast memory speed and advanced compression algorithms, we know that technically even in half traffic PCI-Express 3.0 it will function perfectly.

Also, from the performance tests we learn that the performance difference between Processors Different depends on the amount of frames per second we want to produce, since each processor has a practical limit on the amount of frames it can produce in a particular scene. Our goal is to exhaust the capabilities of video cards before we reach this limit, known for many years as the "processor bottleneck".

It is very possible that a particular user will be satisfied with the performance AMD In games as long as the processor provides everything it needs in other tasks as well, and there may be a second user who will prefer uncompromising performance in any situation, even without considering other scenarios where processors AMD Be faster than my processor Intel. How good it is that we have the ability to choose.