Godavari where? The new generation of AMD does not change the status quo

The update generation for Kaveri chips AMD Comes with only one model at the moment, even when it is not able to change the somewhat sad situation of the American developer

While the future of AMD sounds intriguing and hopeful thanks to the ambitious Zen architecture that is supposed to return to the roots (The disintegration of the disappointing modules that began with the bulldozer architecture) and to provide renewed competitiveness to Intel, the present of Sunville's chip developer still looks rather shaky.

Without too much media noise, AMD launched the Godavari, The family of processors that is supposed to be Upgrading and updating the Kaveri processors of last year - but currently includes only one official model, which answers to the name A10-7870K and is supposed to replace the A10-7850K (which was its most powerful and sophisticated APU to date). 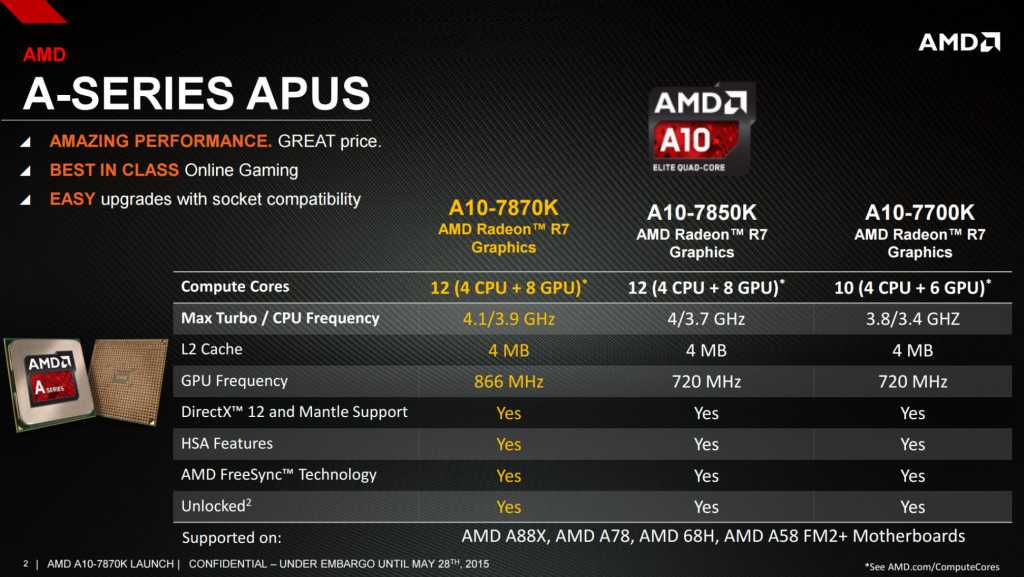 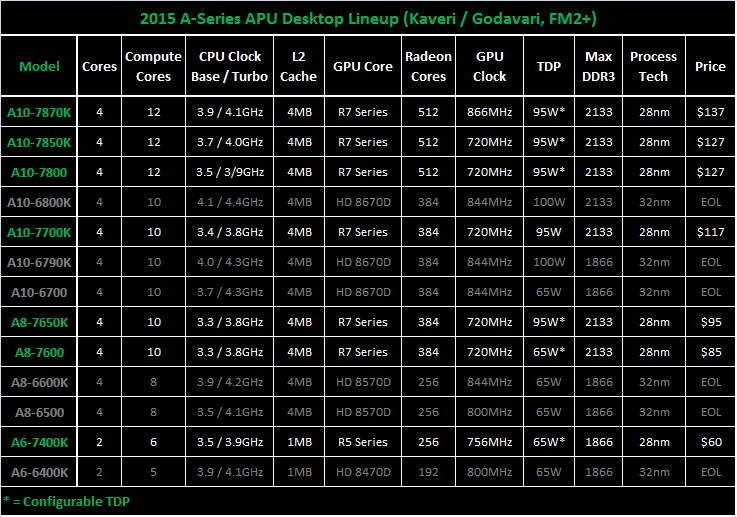 The A10-7870K offers no significant technological advantage over the original Kaveri models, except for minor improvements in the production process that became more mature and allows for a small addition to the frequencies of the general Steamroller cores (3.9GHz base frequency and 4.1GHz turbo frequency) A bit more fundamental to the built-in graphics core that consists of 512 units of execution (now operating at 866MHz, versus 720MHz in A10-7850K). Besides, the production process is still 28 nm, the processor cpu is still open for execution The fast More convenient, and the thermal envelope is still 95 watts.

A lower starting price than ever, and backward support in the current chipset (whose boards are also usually priced at attractive prices)AMD Where the technological gap is opposite Intel Plays a major role

In practice, the A10-7870K offers a minor improvement of a few percent compared to the model it replaces. The graphical performance of the built-in core is not bad at all of course - but on the other hand no gaming enthusiast will be persuaded to give up the dedicated video card. 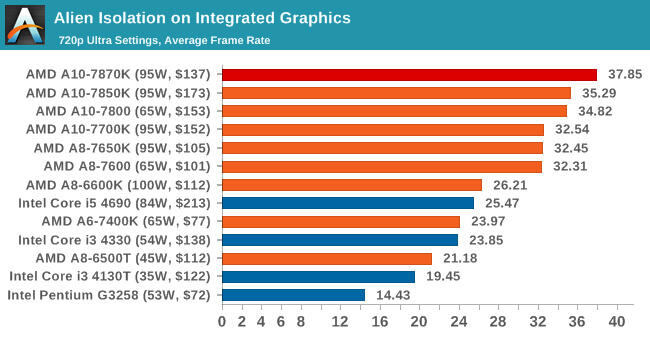 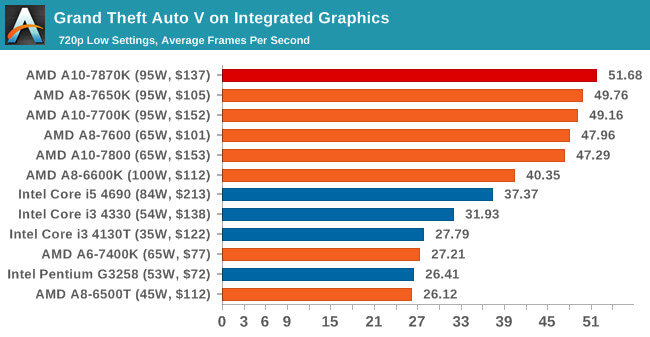 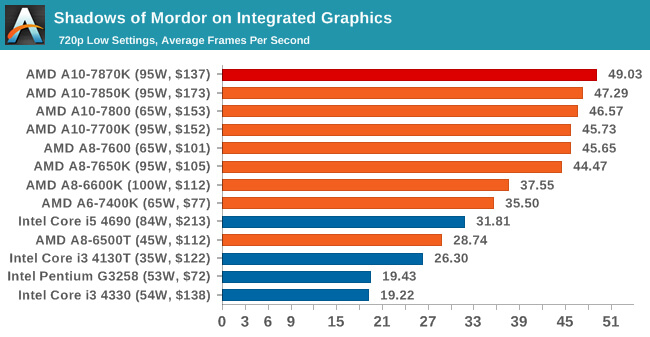 The gaming performance is fairly reasonable compared to a built-in core, but if you do not consider choosing a processor AMD To this day - this is not going to change with the A10-7870K

At a starting price of only $ 137 (Similar to the price of the A10-7850K as of today And lower than its initial price, which could indicate another cut in price to come sometime later) and with backward support on existing motherboard, the new Godavari processor is certainly not a bad deal,AMD To get out of the very specific niche to which she was caught. A10-7870K will be a reasonable purchase only for those who want the best graphic capabilities at the lowest price. Anyone interested in investing more will still choose a discrete video card, while those who do not care about graphics will prefer the competitor's processors AMD, Which also have the dual cores (equivalent in pricing) usually exhibit superior processing performance superior to those of the Kaveri and Godavari.

All we had to do was hope Zen And the Radeon Fury (or whatever he will eventually read) Will be able to return the AMD For the competition - because from the A10-7870K and the Godavari models that will come after it, the good news will not come.