So what exactly will include futuristic gaming machine's AMD, Which ensures smooth play of 60 frames per second or higher in any 4K mode? The details begin to appear on the web, and they are surprising

Not only has the R9 Nano been able to ignite our imagination while AMD Unveiled Her new graphics processing generation - Project Quantum also added to the matter, mysteriously presented with a promise of dual Fiji core and performance that would make Ultra HD resolution gaming something self-evident, and everything in a modest chassis not too large than the latest desktop consoles.

Since the exposure, we have already received a few more details about AMD's dreaded computer, thanks to some brief displays after the show on stage, and thanks to the slides the official presentations prepared by the red producer. Project Quantum Will offer a dedicated approach in its cool package, where the hardware will be located at the bottom, while the top will be reserved for all elements of the system Cooling The closed water of the product - when the narrow passage between them will actually pass only the liquid pipes to cool and carry the heat generated from the components. 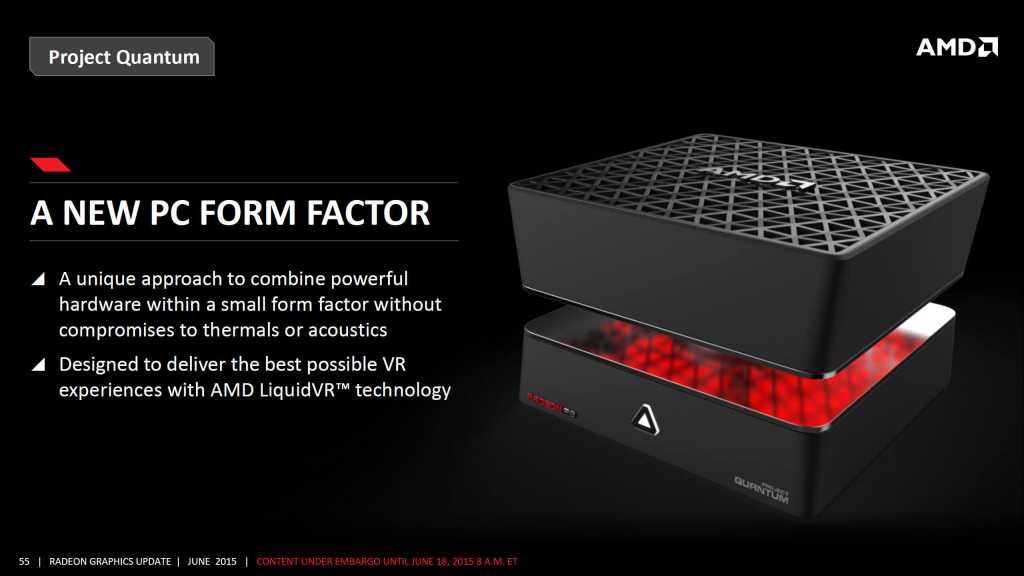 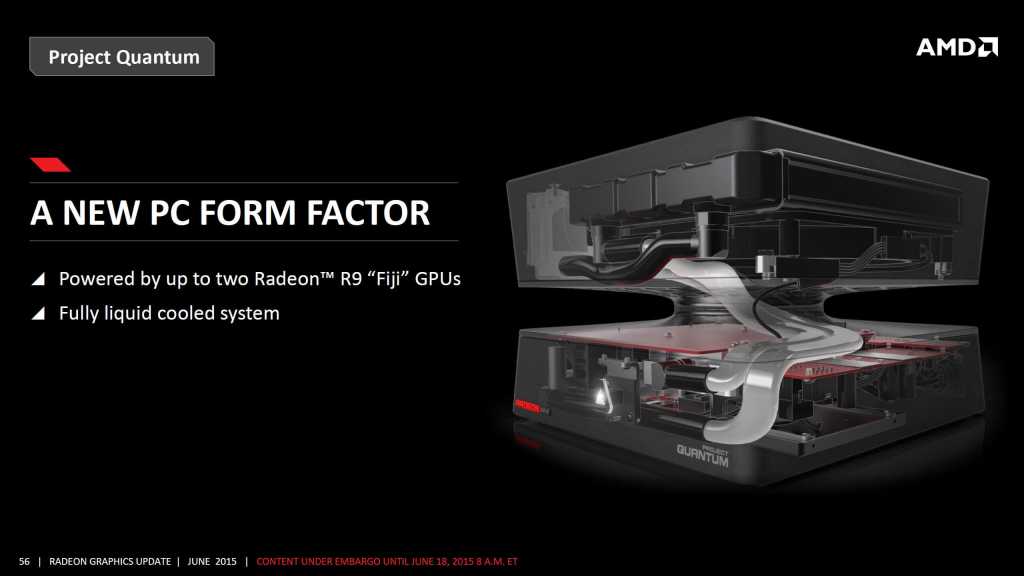 This is an interesting and quite clever idea, if successful (based on system effectiveness) Cooling The water) can create a dense environment for the hardware but at a relatively cool and constant temperature, with all the heat generated being transferred through the liquid system to a separate and separate compartment where the radiator separates from it.

With all due respect to the cooling system, the biggest engineering marvel at Project Quantum will be the dual-core Fuji card that AMD also unveiled. We still do not know but you will be called this monster (Radeon Fury X2?), But what we have seen is a printed circuit that will contain a pair of full Fijian cores (4,096 processing units and 4GB of HBM memory each), and the size will be similar to the size of the Radeon R9 290X or Radeon R9 390X only. 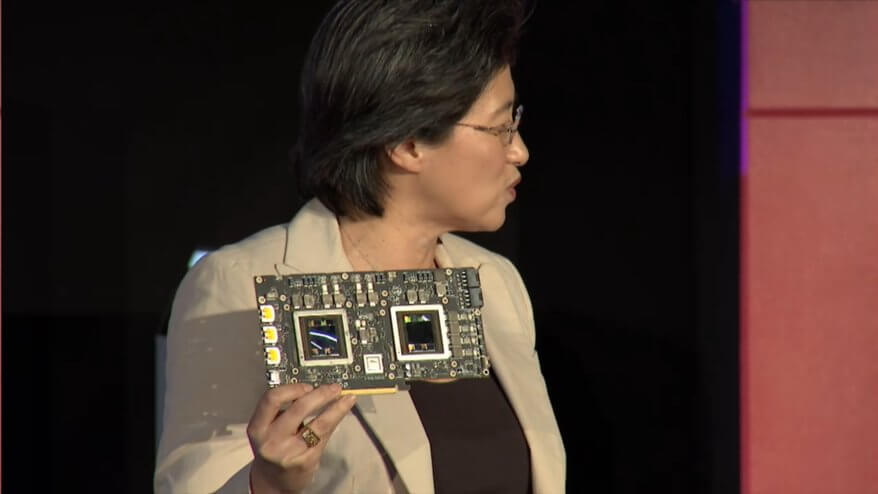 The reasonable assumption is that the dual-core cores will work at significantly lower frequencies than the Fury X cards Single-core, In order to converge in a thermal envelope that will probably stand somewhere between 375 and Watt to 450 watts, but the final product is still designed to be a standard size card with Performence Maximum of 15-16TFLOPS. A huge figure that is supposed to make even gaming in 5K something logical and without too many compromises. 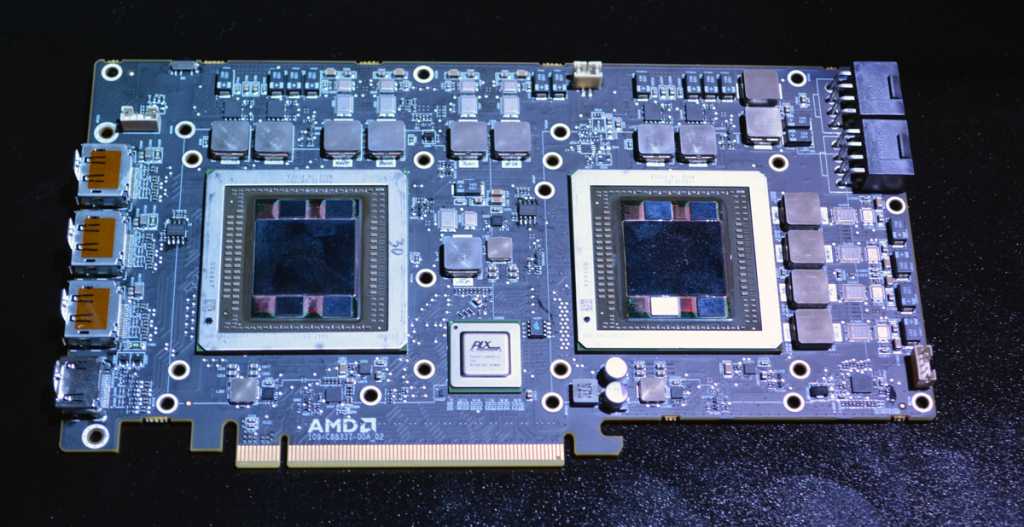 Another interesting element in Project Quantum is the general processor - AMD will offer models of the system with its personal processors (presumably from the powerful but outdated FX series), although at the same time we are also expected to find Intel's rival, Of the Devil's Canyon family Of the Haswell generation. Is this an absolute admission of supremacy Intel in the field? Let 's hope that -Zen attitude Will be able to return some competition to this field, somewhere at the end of next year.

For dessert, we have only the price question left. AMD talked about a $ 1,500 price tag for Project Quantum, though it's now clear to us that this is probably just a starting price tag, which will probably include "just" a ticket Fury X With a single core. There is no doubt that a system with a dual-core PCI card, CPU Haswell-K and large amounts of memory RAM Will cost more than 1,500 dollars. much more.

The Quantum looks like a product for the gambling console players who want a more advanced experience without "getting involved" with various hardware and software issues - especially if and when collaboration between AMD Valve to turn this system into aSteam The Ultimate Machine.

We do not know what will happen next, but already we can announce that Poject Quantum is one of the most refreshing products coming out of the gates of AMD In recent years - we definitely love this brave new direction, and hope to see more such ventures below.