Technology is improving rapidly: A new patch hops the performance of the horns in Battlefield V • HWzone

After a disappointing initial launch, DXR technology in the popular action game leaps forward with a new patch and updated NVIDIA drivers

Our first practical introduction to NVIDIA's RTX platform, in support of Microsoft's DXR standard for authentic gaming tracking, was not very encouraging - although the effect certainly contributed to realistic and unique reflections in puddles, glass and various metal surfaces in Battlefield V The fresh, It also mapped the performance obtained by about 50 percent And sometimes even more, which certainly did not justify the improvement in display quality.

Right from the start, we expressed hope that the continued development of the technologies and future updates will improve the products and reduce the performance gap - and to our delight, this seems to be happening sooner than expected, as we already have about a month after the official launch we have updates that provide Performence Are significantly better, without sacrificing visual quality.

With the 417.22 version of Device Manager for NVIDIA GeForce RTX cards, which are the only ones currently supporting the DXR standard under DirectX 12 as remembered, and an update for Battlefield V itself which received the name Tides of War: Overture and officially released it to players via the Origin platform Yesterday (Wednesday, December 5) - The resulting performance is tens of percent improvements (Up to 50 percent by NVIDIA's own statement) Relative to previous versions when the DXR capability is enabled, in all four different levels defined for it. 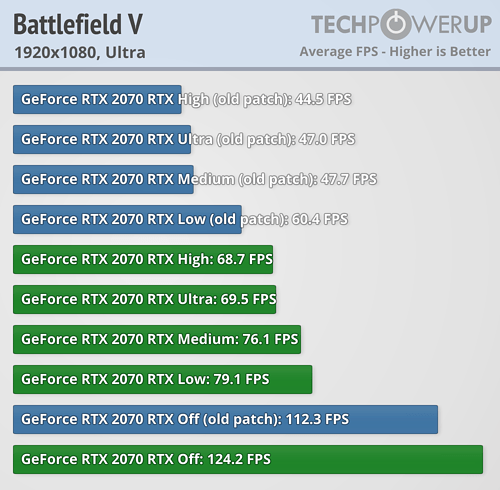 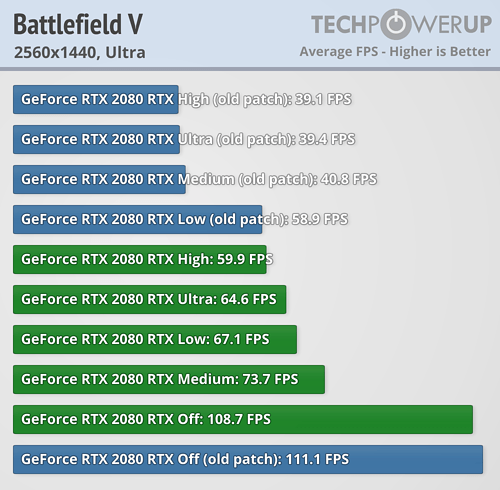 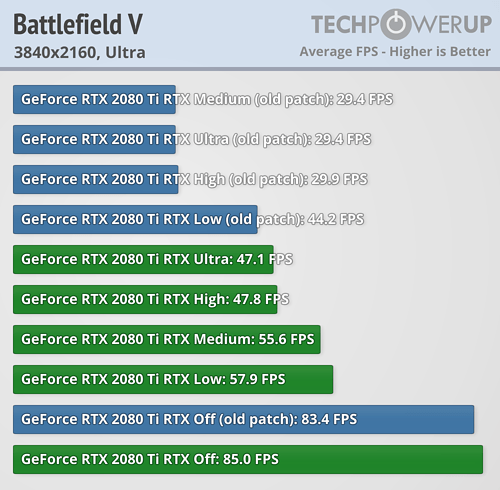 The improved performance compared to the original - there's still a lot to look for, but it's a very impressive improvement over the short period of time
Source images: techpowerup.com

This performance is still not our ambition, as it is still a cut of about 20 percent and even 30 percent display rate relative to Battlefield V's operation without DXR technology at all, but at least you can see progress in the right direction - and hope that over time NVIDIA Itself and the game creators will learn how to provide us with the most realistic and impressive effects thanks to Ray Tracing, while minimizing performance as part of the use of dedicated processing units for this area, instead of being fully based on the main CUDA units that are responsible for completing all other aspects of the visual display .

What do you think about the performance and look DXR delivers now? Let's share your comments!

A suggestion you can refuse: The renewal of Mafia games doesn't satisfy fans

A suggestion you can refuse: The renewal of Mafia games doesn't satisfy fans