The years-old wait is coming to an end - Turing's architecture NVIDIA At last it is revealed and is revealed as terrifying and magnificent. No longer using previous engineering and design theory existing in previous cores, the core of Turing has been completely redesigned and is absolutely monstrous relative to the core Pascal The paleness we know from the various GTX 10 cards.

The biggest highlight of the conference that she edited NVIDIA Is why SIGGRAPH exists, especially for developers and code people in the graphics and gaming industry. The best time to catch up with everything new in the film industry, gaming and basically all that relies on visualization and graphics.

One of the biggest challenges of the graphics world is lighting. The world of graphics needs reliable, dynamic lighting and that makes the scene a real show. Ray Tracing and industry veterans are well acquainted with the principle. Now, atNVIDIA Present a solution that takes lighting one step further with a pre-built processor so that it can calculate lighting in an efficient and powerful way several times what graphic interfaces have been capable of to date.

It does not sparkle. There is a message here. This video card is based on architecture A completely new name called Turing: 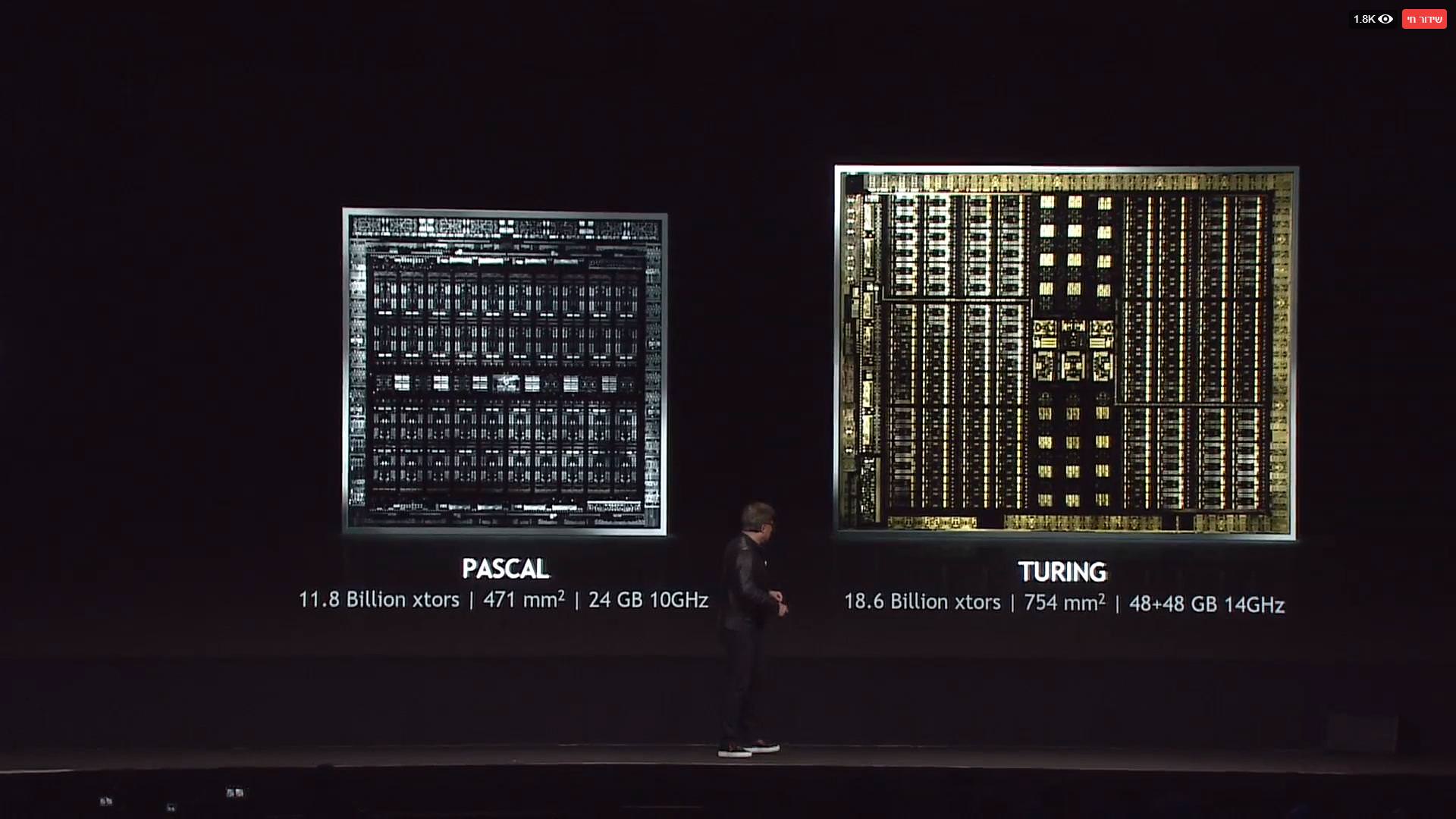 Compared to the core on the TITAN video card XP (Pascal core), the Turing is huge. This is about a millimeter-square 471 compared to no less than 754 millimeter-square. Also ability to work with זיכרון Has changed dramatically. From 24GB in Pascal to 96GB (!) With which cores can work Turing. 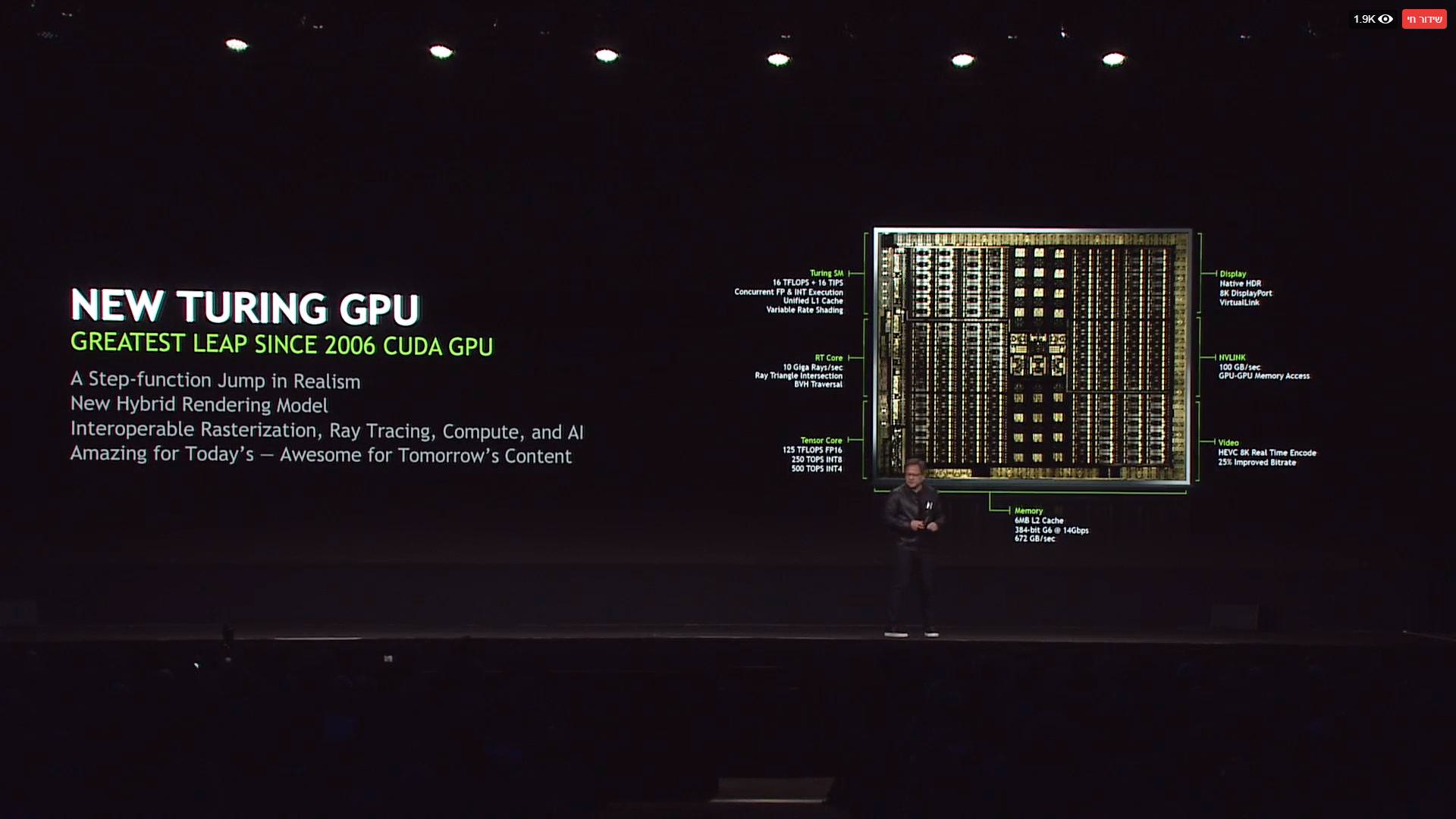 B-NVIDIA This is called the biggest architectural improvement since 2006 and the core of the G80 that appeared on the graphics card GeForce 8800GTX. 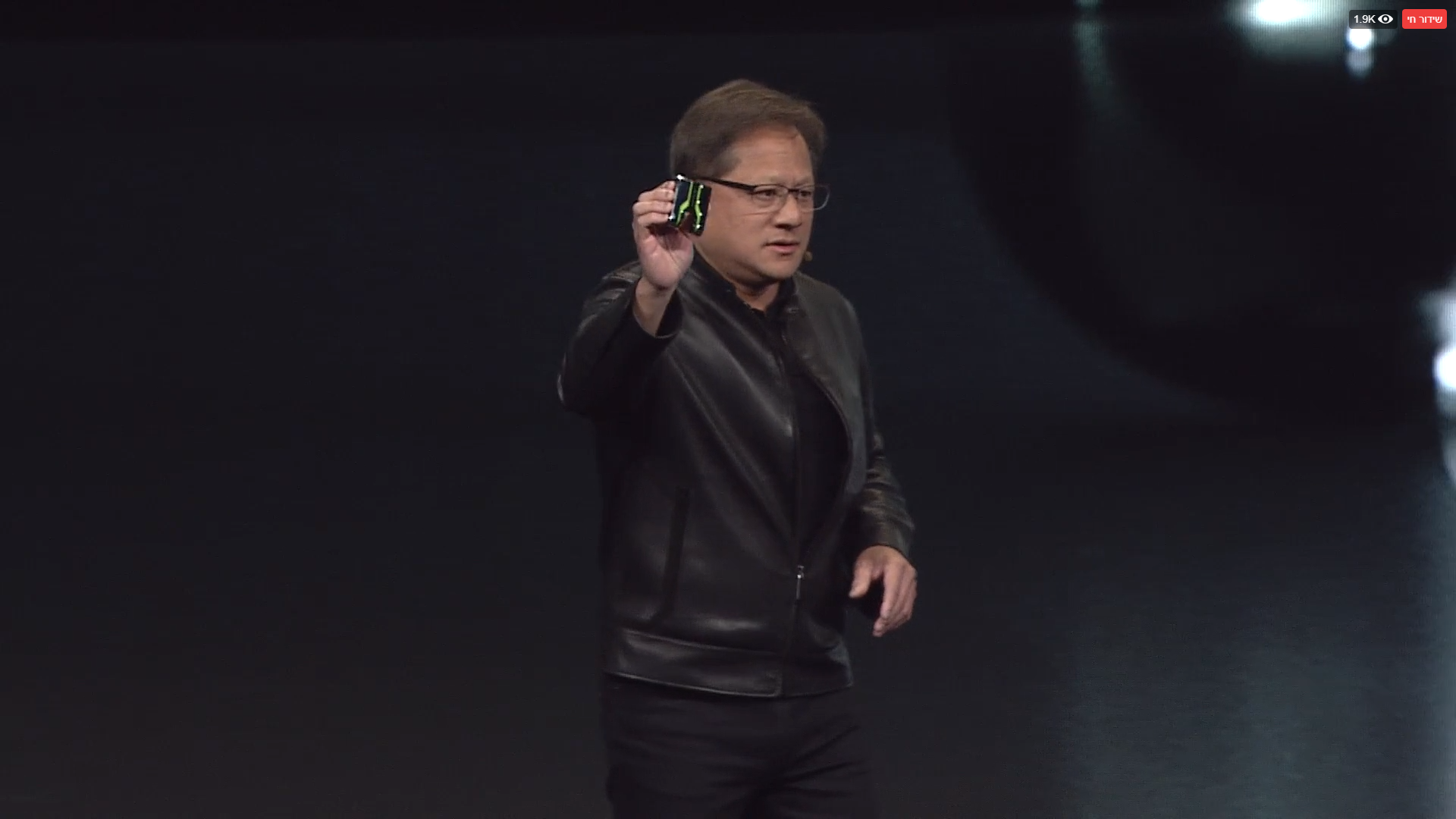 You can also connect two graphic cards To work in parallel - it requires an electric bridge similar to an SLI bridge. The new bridge is capable of transmitting information at a dizzying rate of 100GB per second (!). It's more than a memory RAM One of the fastest can transfer channels to a main processor on 4. 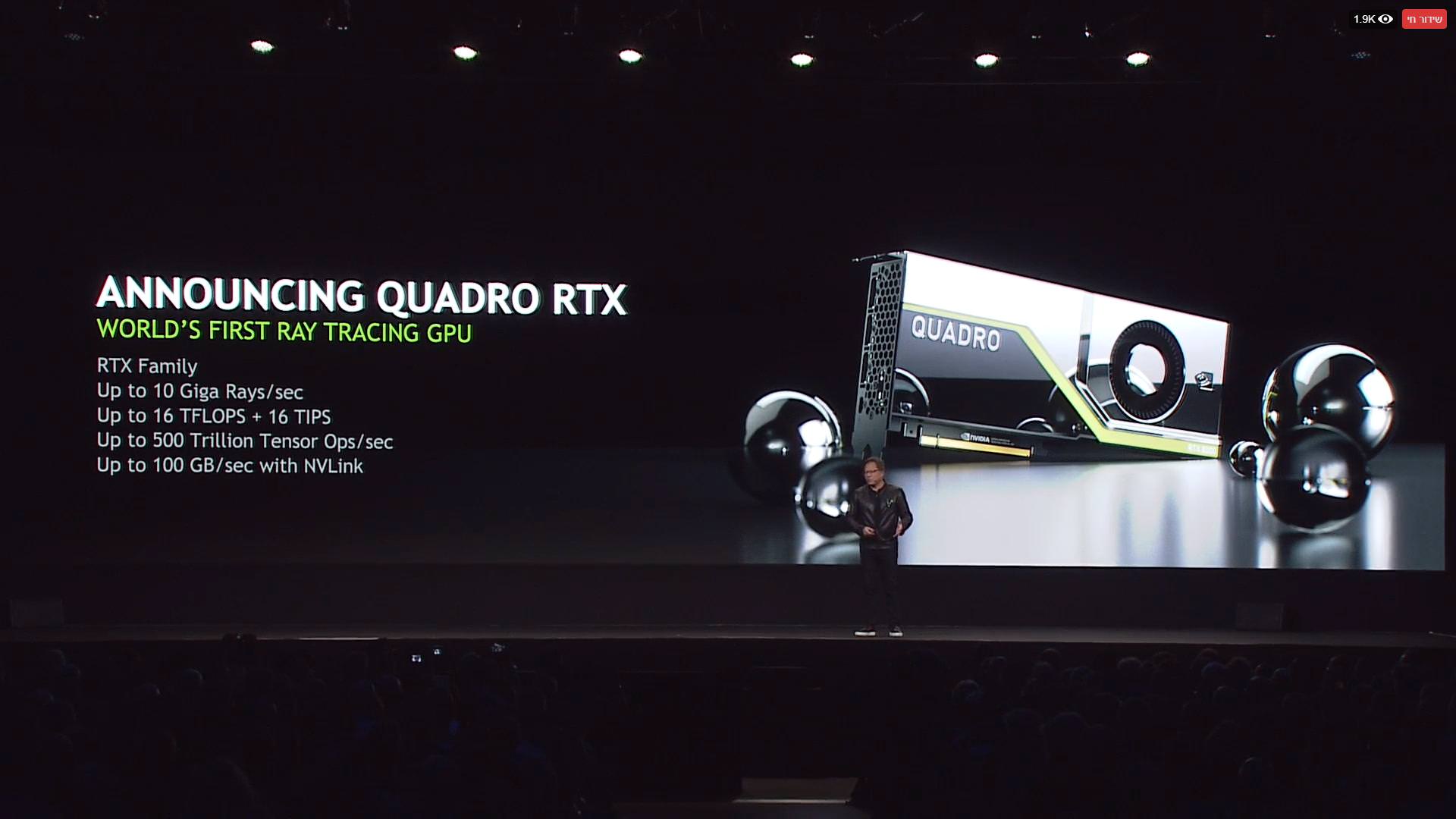 God-Quadro RTX is actually the same family that will lead to the video card presented at the conference. Which are expected to add tickets containing different segments of the core of theTuring.

In March this year she introduced NVIDIA In collaboration with Epic develops the next video game, which has been activated in real time Without pre-rendering with advanced lighting calculation technologies:

In order to run this scene, it was required NVIDIA To build a machine that contains no less than four TITAN V cards, one of the most advanced in the market. At the running conference NVIDIA The same demo when she ran on a card Quadro RTX Single. The ability to calculate lighting in an advanced manner significantly reduced the hardware requirement.

In addition, a RTX Server rendering server was announced, which promises to significantly reduce the render time of server farms in the world's graphics studios, while synchronizing tens of thousands of dollars in the electricity bill. Time is money and it seems thatNVIDIA Want to save a lot of time and make a lot of money. Some? 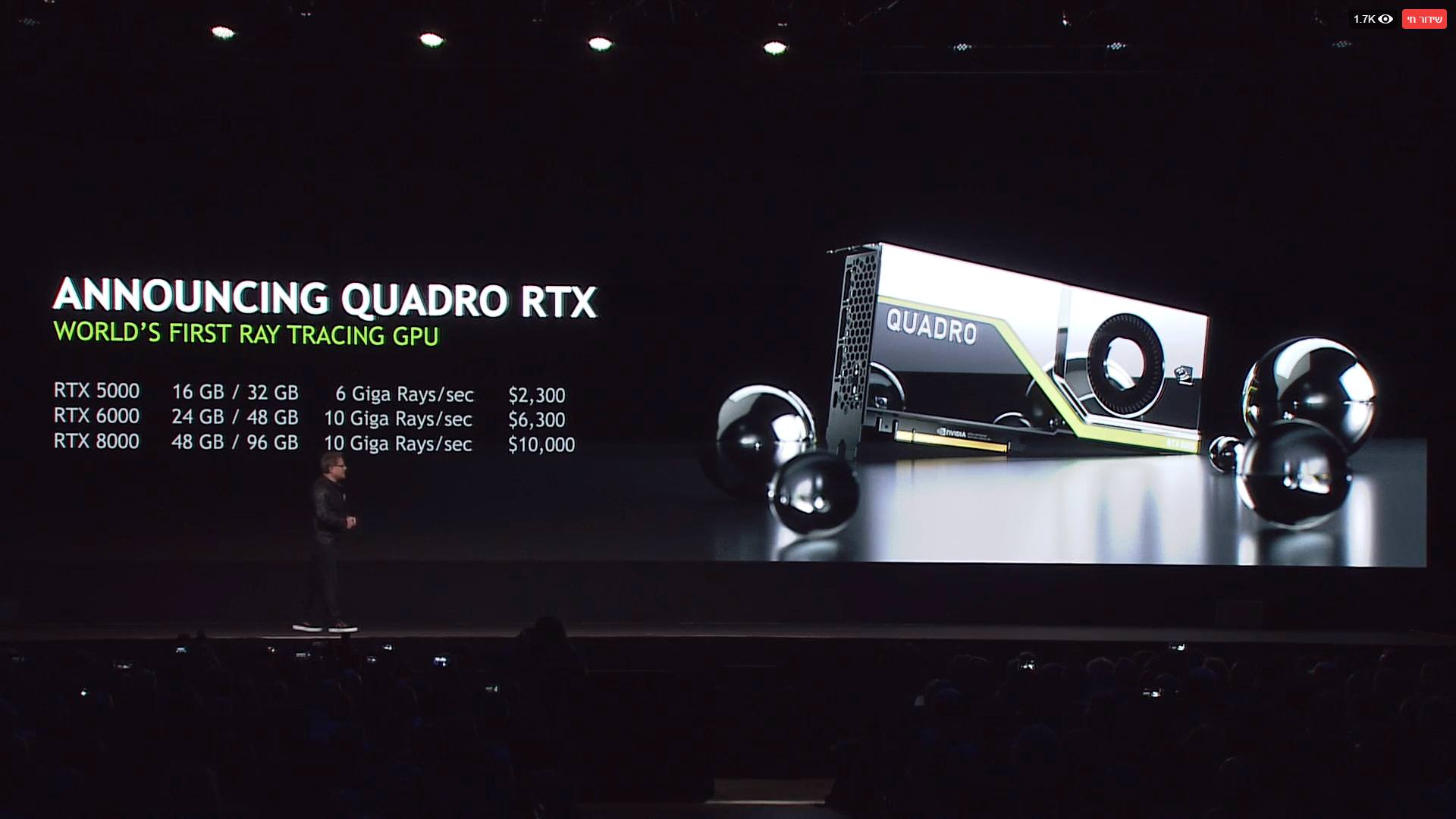 The conference ended with an impressive demo of Quadro RTX capabilities. Is it now time for gamers to also enjoy hardware that can run what the studio is doing? We'll probably know soon. The word GeForce She stayed out at this conference.