The launch of the revamped and advanced MacBook brings a host of disparaging, humorous and belligerent responses from the main competitors of Dark In the ultrabook market. Mac and the WarPC Renewable?

The uncompromising competition between the PC world of Microsoft & Co. and the Mac world of Apple has never stopped, but it seems Revealing the new, slim and lightweight MacBook Re-ignites mutual punch exchanges - on Twitter, of course.

The first in line was none other than the invention of the integrated ultrabook-tablet category, Lenovo, which chose to remind us that Its Yoga 3 Pro Not just a little thin From the MacBook (Though only when referring to the thickest point of the laptop from Apple, it is worth noting), but also offers a pair of USB connections in one place, three different use modes and also a larger touchscreen and higher resolution. Add to that, if you will, a price tag that is about $ 100 to $ 200 lower than the price of a MacBook with a similar level of hardware specifications - and you can understand Lenovo's claims, although it is also worth noting that the MacBook is about 250 grams lighter, and also includes the The fastest USB connection is the 3.1. 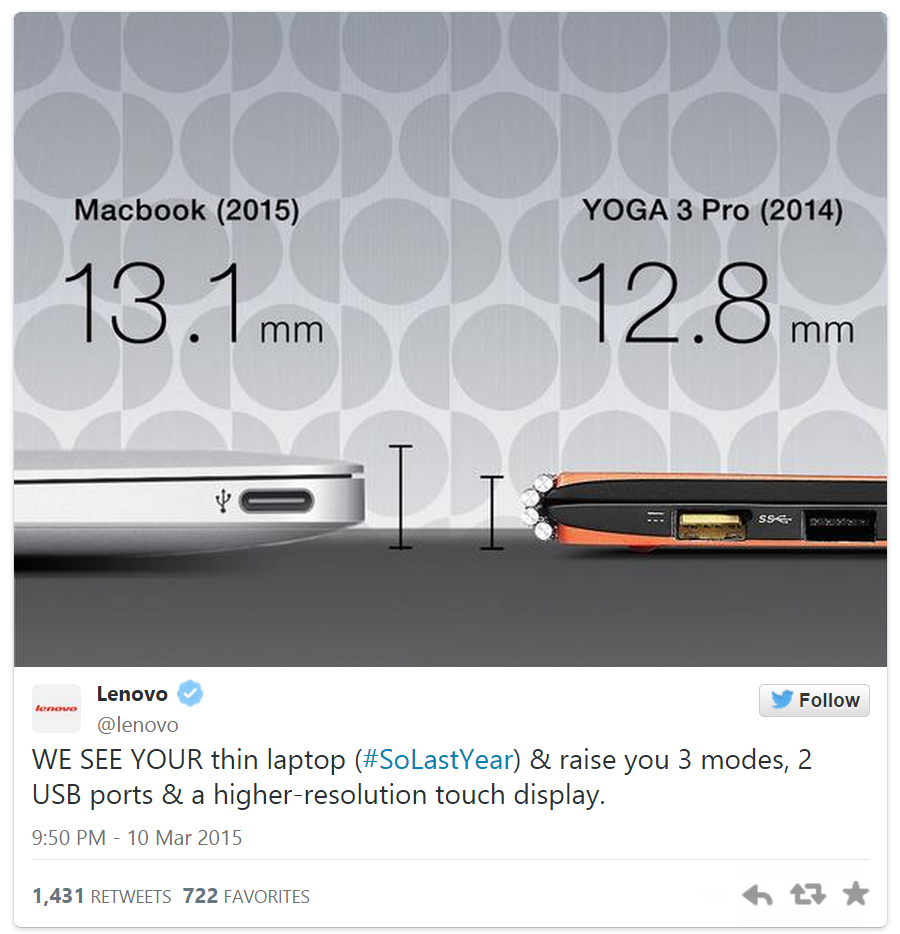 The next competitor who volunteered to remind us of her existence is Asus, who noted that Its ZenBook UX305 Ultrabook Not just thinner than the MacBook is about a millimeter (again, assuming you're referring to the maximum thickness of Apple's laptop) but also carries a low starting price on 600 (!). The initial price does include volume storage More modest, a slightly less powerful processor, a lower resolution screen and larger dimensions, but also an upgrade to the level of accessories very similar to that of theMacbook Will carry a price that is about 200 dollars lower - therefore even in the above case it is not possible to deny the point that the Taiwanese manufacturer is trying to illustrate to consumers.

Last and foremost to go against the MacBook was Del, who chose to refer to the screen with a very narrow frame of the laptop from Apple - And remind us of its new XPS 13 handsets Include an even narrower frame, which also includes a significantly higher resolution option. Dell did not mention this in their official "response", but when comparing the XPS 13 to the MacBook it can also be noted that Dell's offer includes models Processors (From the Broadwell-U series,Core M), more connection interfaces, a larger screen if the option for a touch interface and also a more diverse and competitive pricing - all in dimensions and weight that are not too high significantly. 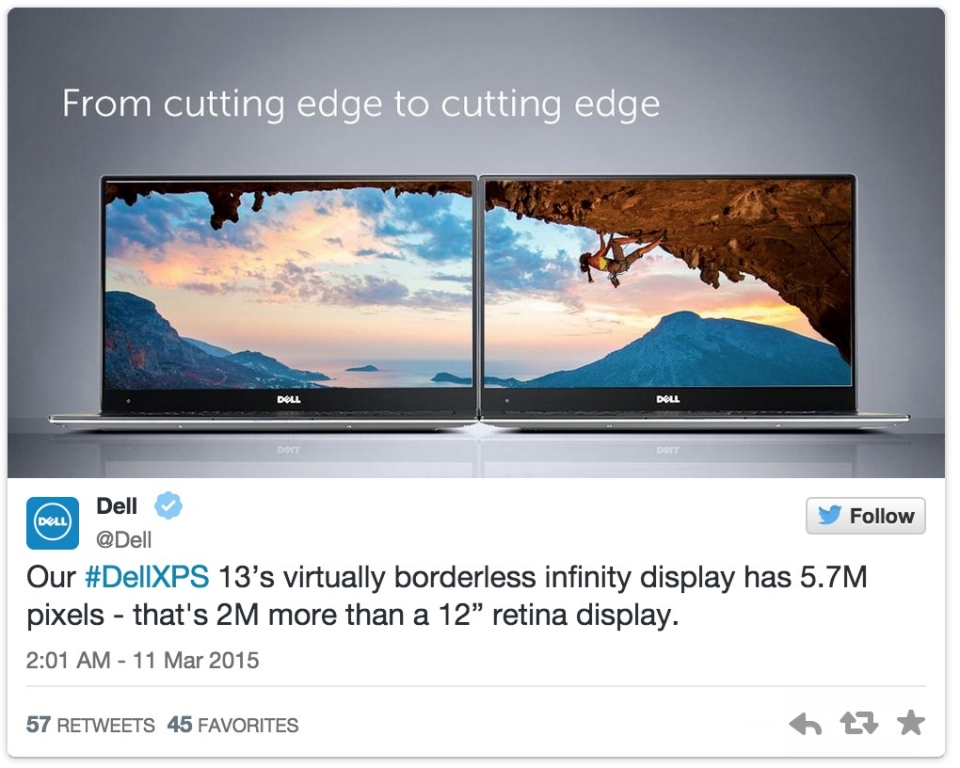 Not all companies have chosen to try and direct the buzz created by the MacBook online to their products, but if you ask us, there are currently several more offers on the market that could be very interesting alternatives to the impressive Ultrabook from the giant from Cupertino - The HP EliteBook Folio And the new ATIV Book 9 סמסונג Which offer similar hardware at a very similar weight and low initial price at 100 dollars, Acer's S7-393, the ATIV Book 9 Plus סמסונג And Zenbook UX301LA's Asus Which offer processing power and more advanced screens at similar price ranges and more.

You can continue comparisons between the MacBook and its many rivals even until the arrival of a generation of new Intel processors, but the bottom line - the MacBook is a handsome and impressive device, but if it does not meet your full expectations and requirements You will find many alternatives on the market, Which may be a priority for you.