Intel's updated roadmap: Two generations 14 nm to one side 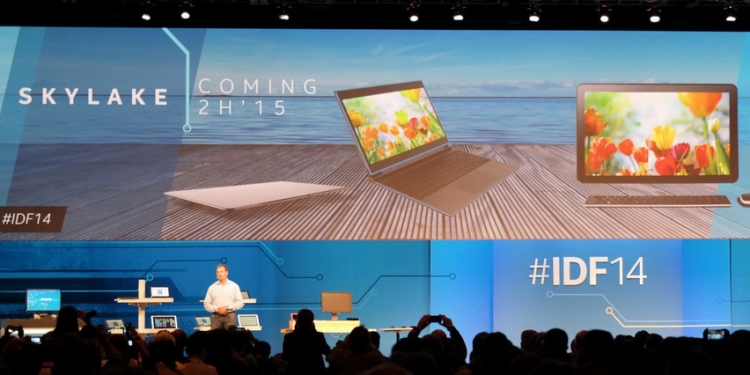 The transition to production in the groundbreaking process of 14 nanometer is not easy for Intel And entails several delays, but it seems that the chip giant plans to continue to adhere to some of the original schedules and will launch processors during the coming year. Broadwell And my employers Skylake in parallel

As part of an investors' meeting Held a few days ago, Intel unveiled its new product launch plans for the coming year. Intel's original roadmap referred to the launch of the first products based on 14 nanometer lithography More in 2013, But difficulties on the way to production on a commercial scale led to the leakage of the plans for 2014, when even in this Intel succeeded with great difficulty - The first 14 nm processors were launched this year, But this is a minimal launch of a pair of processors Core M which will be available in a limited number of devices.

So when will we see more 14-nanometer, portable and stationary models arrive in stores? Well, according to the updated platform it seems that "Spring 2015" is the intended time window. In other words - the second quarter of next year, plus or minus a month. What is surprising about the whole story is the intent of Intel Stick to some of its original plans and also launch the second generation of 14-nm processors (Skylake) during the second half of 2015 - so that in fact a relatively unusual situation will be achieved in which two generations Processors Different new ones will be available in several categories.

It is not inconceivable that the plans to launch the Skylake generation will also be rejected in the end, but it seems that Intel's willingness to carry out such a "combination of generations" indicates a strong desire to provide an answer to the tough competition because the chipsARM In the market for ultra-portable devices (the market to which the "Core M), in parallel with the incomparability of other consumer categories to which the C-Core of the company.

At the same time, also The grandiose plans of Chipzilla for the atomic chip family The Cherry Trail for smartphones and tablets, which will also be based on a 14-nanometer manufacturing process, will not arrive in 2014 as planned, but only somewhere in mid-2015. -14 nm under switching Pentium And Celeron for the mobile and stationary market will be delayed and launched in the second half of next year.

This postponement naturally also hinders the continuation of the company's roadmap for the Atom family - the Broxton generation designed to be the second in the 14-nanometer process and replace the Cherry Trail / Braswell (with a new processing core architecture called Goldmont) will not arrive next year but only in 2016, along with chips Smartphones Of the SoFIA family that includes a built-in cellular modem to supportLTE In the category 10.

S programs Intel To offer real competition in the smartphone world is taking another blow, it seems

Rejections of Intel They are undoubtedly disappointing, but it is difficult to call them unpredictable - it seems that what has characterized the entire chip market in recent years is a considerable difficulty in moving forward in production technologies and timelines that are pushed forward time and time again. Chances are that in the foreseeable future, with the transition to even more advanced "traditional" chip manufacturing technologies, we will experience a strengthening of this trend of difficulty - at least until some breakthrough arrives that will change the way chips are manufactured.