The winter will be hot; prepare for the dual-core graphics cards

Alongside the double Radeon Fury we have seen for a moment in the past, it turns out that even the competitor NVIDIA There is a plan to launch its own double flag card. The ultimate performance test of the current generation?

It can be argued that arrays SLI And CrossFire are more effective and can even deliver better performance, but there is no denying the magic of dual-core video cards - the ability to take a pair of the most advanced and powerful graphics cores available on the market and combine them on a single printed circuit, for numbers and performance Another lone on the market is very magical, even if you can only fantasize about running one of these in your personal system.

If we believe the latest reports, towards the end of this year we will get another pair of graphic cards Dual-core - which will once again break all imaginable records.

On the part of AMD We do not have too many surprises - the chip developer offered us a glimpse of a card with the latest pair of Fiji cores back when it first unveiled them in June 2015, when the product in question (Radeon Fury X2?) Will offer very compact dimensions compared to other dual cards, thanks to HBM memories With the core itself and save a lot of space on top of the printed circuit. The latest reports predict an official launch over the last two months of 2015, with a pair of full Fiji cores, a power shell that will stand at just under 400 watts and performance that will peak at 17 TFLOPS - i.e. 17 trillion (billion) floating point operations per second.

The relative surprise comes from the opponent NVIDIA, Which recently held a secret investor meeting where it unveiled a new product. The product may not have been unveiled, but the headline 'GeForce GTX Times Two' can't really be confused - the Santa Monica chip developer is also preparing us a dual-core video card towards the end of the year, ostensibly. Here too we will get a pair of GM200 cores completely open (3,072 CUDA units each) or almost completely open, like the ones we saw inGTX 980 Ti (ie 2,816 CUDA units each), with a thermal envelope that will be kissed for 400 watts and probably also more significant physical dimensions due to the use of memories GDDR5 And older.

A big question mark regarding the pair of double cards in question refers to their intended price - will the manufacturers choose to offer these cards a price that will be competitive compared to the price of a pair of parallel single-core cards that will be included in the set SLI Or CrossFire, that is to say, in the 1,000 to 1,200 area, or whether the price is very expensive (1,500 $ and possibly North), which will only make sense to consumers for whom cost is not a consideration, but only actual performance and capabilities.

Either way, there is no arguing that the new pair of products will be aimed at the top millennium of the gaming market, but who knows - maybe sometime in the future we will also see much more aggressive pricing, like the one she wore AMD To-Radeon R9 295 × 2 at some point, which will make them competitive for a much wider range of consumers.

For dessert, it will be very interesting to see the state of performance stability in the new pair of super cards, when it is finally launched. One of the major problems with dual-core cards as well as SLI and CrossFire arrays to date has been problematic performance stability, with the average FPS level over time being high, but in practice every few seconds there was a single frame or multiple frames whose processing time was very long. There was a momentary stutter (Micro-stutter) which would detract from the overall gaming experience and the "smooth" gaming feel we are all looking for. In the last generation we have seen great improvements in performance stability, especially on the part of AMD That these problems have been much more significant in the past - and therefore it will be very interesting to see how stable the performance will be in cards that combine a pair of cores that need to work in complete harmony, and without any frame falling between the seats and being delayed. 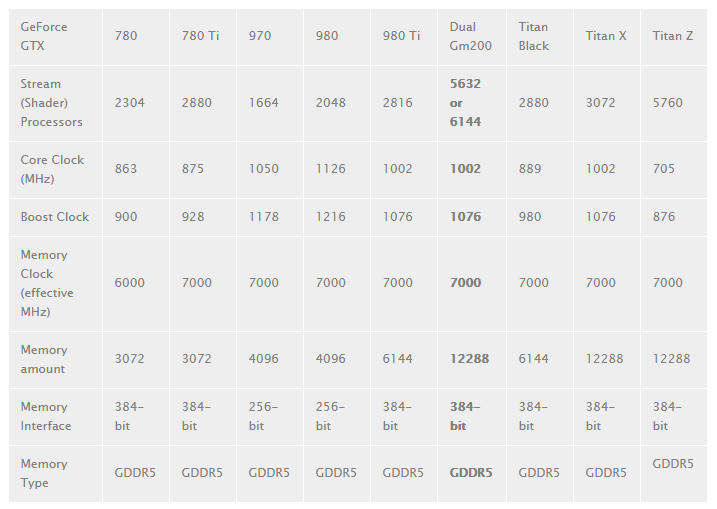 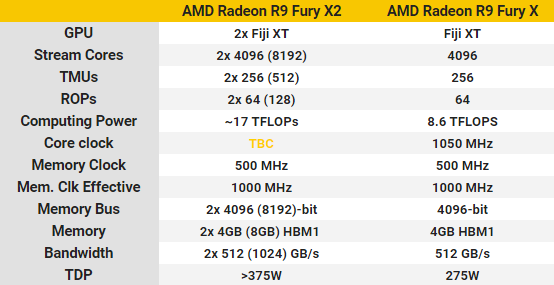 Evaluations of the technical specifications for the new Double Cards NVIDIA and-AMD, From the Guru3d.com and videocardz.com sites respectively