• No 2.0 HDMI outputs to display 4K at the rate of 60 AMD Is becoming less terrible thanks to new coordinators who claim to bridge the gaps

AMD routinely presents its advanced Fury cards as the best 4K high-resolution gaming hardware (also known as Ultra HD), and it doesn't exaggerate its statements - but those of you who want to make their new, sophisticated TV part of the gaming system may find themselves in some trouble, Because unlike TV screens, TVs usually come with HDMI connections only The HDMI 2.0 standard Capable of providing a frame-rate transmission of 60 frames per second at 4K resolutions. A standard that does not exist in any of the video cards AMD, As of today.

This matter Has caused a lot of criticism Towards the chipmaker from the wealthy, since they can afford supportive means of display 4k (And the Fury family cards, which start at $ 500), and now we seem to be getting some solution to the relative disadvantage - from Club 3D. 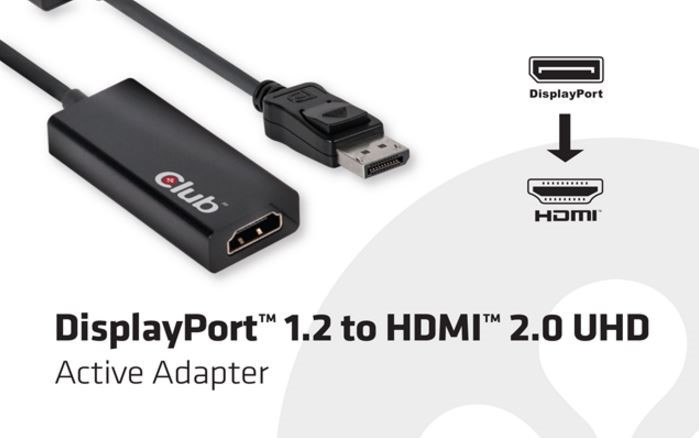 The Dutch Company Presented a pair of active coordinators, Which can convert signals from a DisplayPort 1.2 or Mini DisplayPort 1.2 port (which also supports 4K in 60 frames per second, AMD Mainly for connecting to computer screens) to fix HDMI 2.0 - thus allowing connection of free media DisplayPort But have HDMI 2.0 for video cards where theDisplayPort The relevant but not in-HDMI The new standard. In other words - this is the best solution that can be described for contemporary Fury models, given the circumstances. 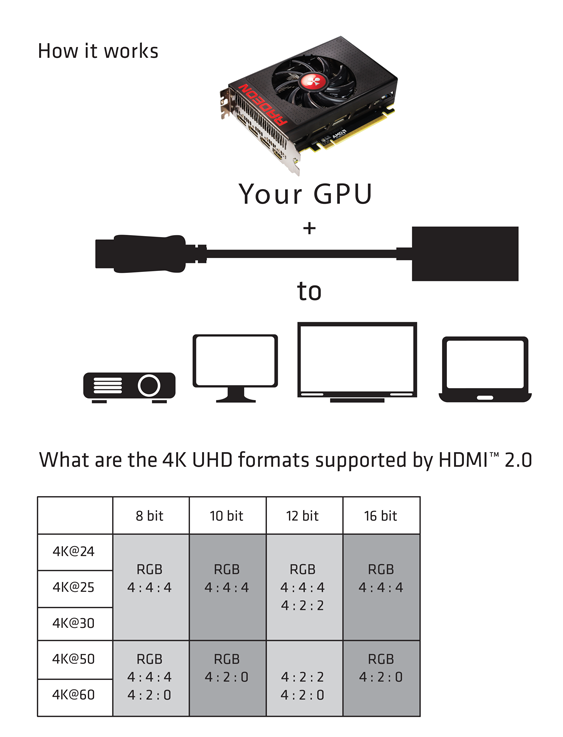 This solution will require additional investment by the consumer (the prices of the adapters have not been disclosed, but we estimate that they are several tens of dollars due to active conversion), but at the very least will ensure that anyone interested in gaming 4K based on the card of AMD Will be able to do this eventually, regardless of the means of display he wants to connect with. Who knows - given the close links between Club 3D andAMD, We may still see Fury cards coming in a discounted package with the coordinators as a solution for all those who are concerned and skeptical.


Wait, there's more!
Join To the group of zon And you can receive exclusive updates on various offers on the net, share content that you find interesting, consult with members of the site, and more - Join now!
Tags
AMD DisplayPort Radeon graphic cards
Share
Facebook Twitter LinkedIn WhatsApp Telegram