There is no limit to RGB 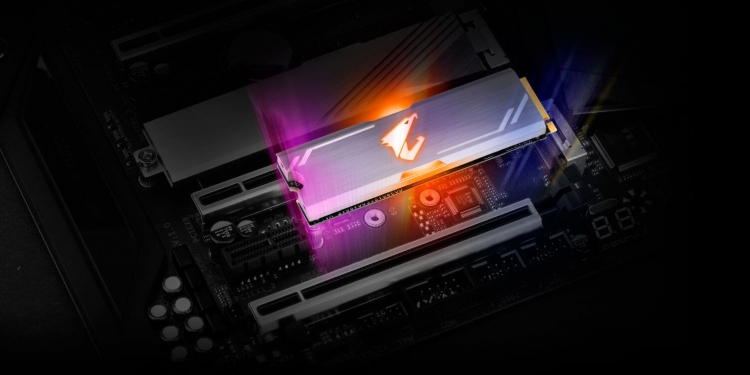 We have become accustomed to seeing advanced M.2 drives that include a cooling system designed to reduce the chance of overheating and loss of performance. Only the controller's need to reduce work is working, and we have also encountered several drives SSD In their "classic" 2.5-inch configuration illumination RGB Built to make the interior of the case even more colorful and joyful.

Now, these two fields are coming together, probably for the first time, on the new NVN's sophisticated Aus. The Gigabyte model does not carry any unique name and is simply called Aorus RGB M.2 NVMe SSD - But inside you'll find the controller was Phison's popular E12 and XNUMXD TLC chips from Toshiba, For overall volumes of 256GB or 512GB and with performance of up to 3,480MBps in continuous writing and up to 440,000IOPS when working with small random files (for the 512GB model, where the base model includes reduced performance because it does not utilize all existing channels in the given controller).

The drives enjoy a five-year warranty with a writing volume of about 0.8 of the entire drive's volume per day for that period, a relatively impressive figure that matches the not inconsiderable price tag - and the main bonus comes in the form of a body Cooling Aus, with a colored RGB illumination that operates autonomously or is controllable through the application of RGB Fusion 2.0 GIGABYTE, Motherboards are supported by the Taiwanese manufacturer only.

The Aorus RGB SSD joins another storage drive of the company that includes color illumination, in a significantly larger PCI-Express configuration (AIC - Add-In Card), and the recommended prices do not really wink at the Israeli consumer at the moment - The 512GB model holds the price of 120 (Excluding VAT) which is similar to many other leading NVMe drives without lights, whereas The 256GB is available for $ 80 Which make it significantly more expensive than many others. A slight drop below the 75 dollar threshold will certainly make the job and turn the model into an interesting contender in the top corner of the field.

what do you think? Let's talk about it in comments.