It is probably the smallest full-size tablet in the market

Want a system Windows 10 Pro version on the device that you can push into the pocket? Fujitsu has a solution for you

Shortly before the project is available (partially) of the 10 window system based on chips ARM Advanced is gaining momentum and providing us with a new generation of ultra compact devices based on the latest operating system from home Microsoft OfficeFujitsu will try its luck independently with Fujitsu טאבלט New and interesting answers to the name ARROWS Tab V 567 / P.

The name of the new device reveals to a certain extent that it is mainly intended for Fujitsu's Japanese home market, but the idea behind it is worth knowing, even if the product itself is not really available in our stores. After we've seen appliances Windows 10 is full of devices with a screen size of 9.7 inches and even 8 inches, the manufacturer decided to take the trend to the edge and launch tablet Windows With a screen of only 6 inches, a size that currently characterizes mainly the Android-based tablet category.

Fujitsu was able to compress an x5-Z8550 quadrilateral core chip Intel, Along with 4GB of LPDDR3 and 64GB of built-in storage, into an 6-inch diagonal touchscreen device, with 1080p resolution - and system Windows 10 version Pro, which also makes it clear that this is a product for the business market.


Although the size of the screen is reminiscent of the big smartphone range, it is not certain that you can or will want to insert the ARROWS Tab V 567 / P into the pocket, as it is characterized by a plastic casing nearly 16 millimeters thick and weighing about 280 grams - something that is the compromise Requested for "real" x86 hardware that is tailored and capable of running 10 windows, especially in an era when Intel Has canceled its atomic chip families, which were designed for smartphones and tablets. 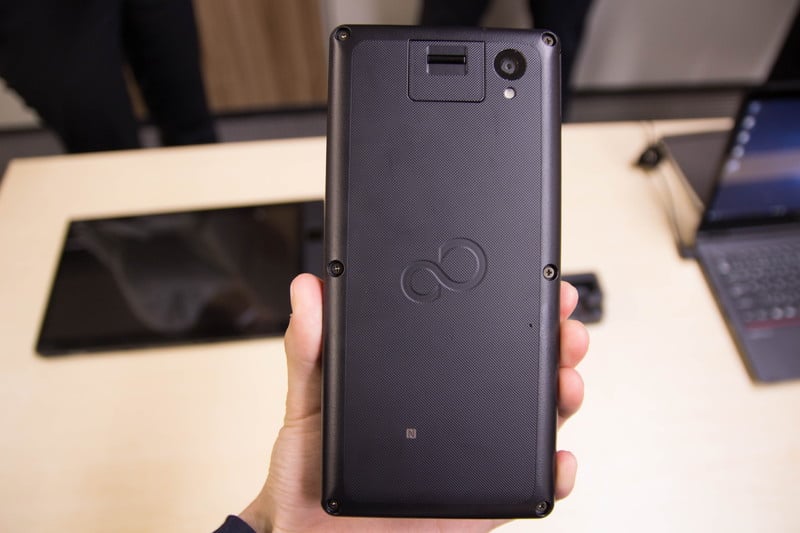 The ARROWS Tab V 567 / P includes a built-in fingerprint scanner, a built-in NFC chip, a rear 8 megapixel camera (but without front camera, unfortunately), a microSD card slot for storage expansion, built-in Wi-Fi connectivity, 802.11 and an 4.1-watts battery that is supposed to last about six hours. What the tablet does not include is built-in wireless connectivity or a built-in GPS chip, so using it as a kind of mobile device or as a device that can be surfed anywhere is not particularly effective: Windows author-Mobile, But one designed to move from room to room eventually or from one stationary location to another.

The Fujitsu tablet is a rather cumbersome solution that will also be very expensive, allegedly, and aimed at a very specific consumer niche. Still, this is probably the best way to access the full capabilities of 10 windows (and not just some of them) at uncompromising mobility - and we hope that the next generation of chips from Intel or even AMD We can see further upgrading and expansion of the category. Agree with us? Write in comments.