The end of 2020 marks a particularly busy period in hardware and new as well as in new games. In such a period, which involves a lot of information transfer between different computers, and the use of external storage in general, we found ourselves with the need for external storage also between our test systems on the site.

Relatively coincidentally, we were given a chance to cover a drive SSD External Made SanDisk For our various storage purposes. 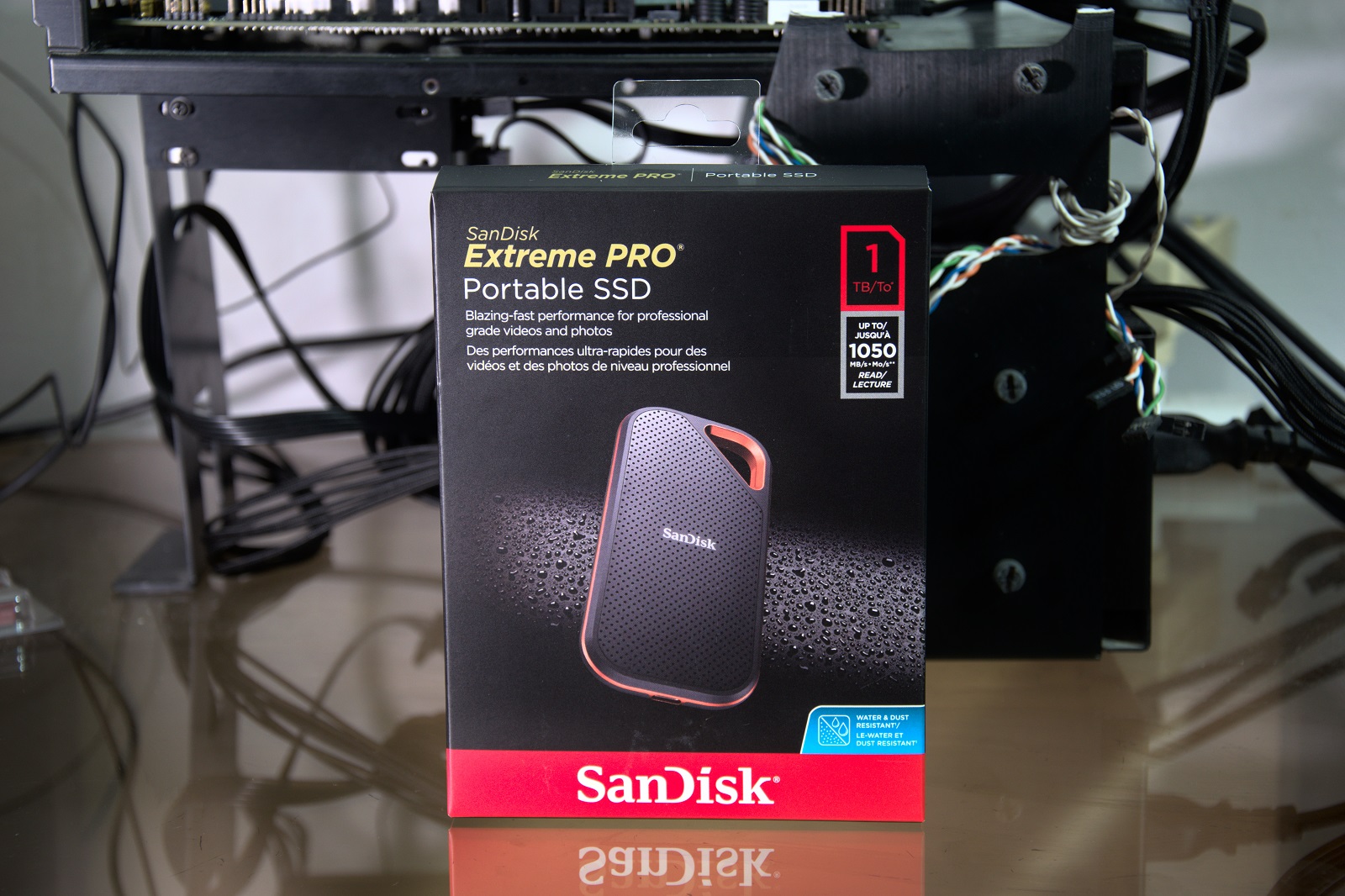 Sandisk is now owned by Western Digital, and the subsidiary does indeed contain the brilliant minds of the two veterans of the storage world, with Sandisk bringing in mostly the NAND andSSD. The Extreme Pro is considered a fairly advanced drive, and is based on NVMe hardware that you would normally encounter on fast drives inside computers Mobile And stationary.

This specific drive version is SDSSDE80-1T00-G25. Note that there are other, simpler versions such as the E60 which is based on a SATA controller and not NVMe Like this drive. The volume of the specific drive we received is 1TB. 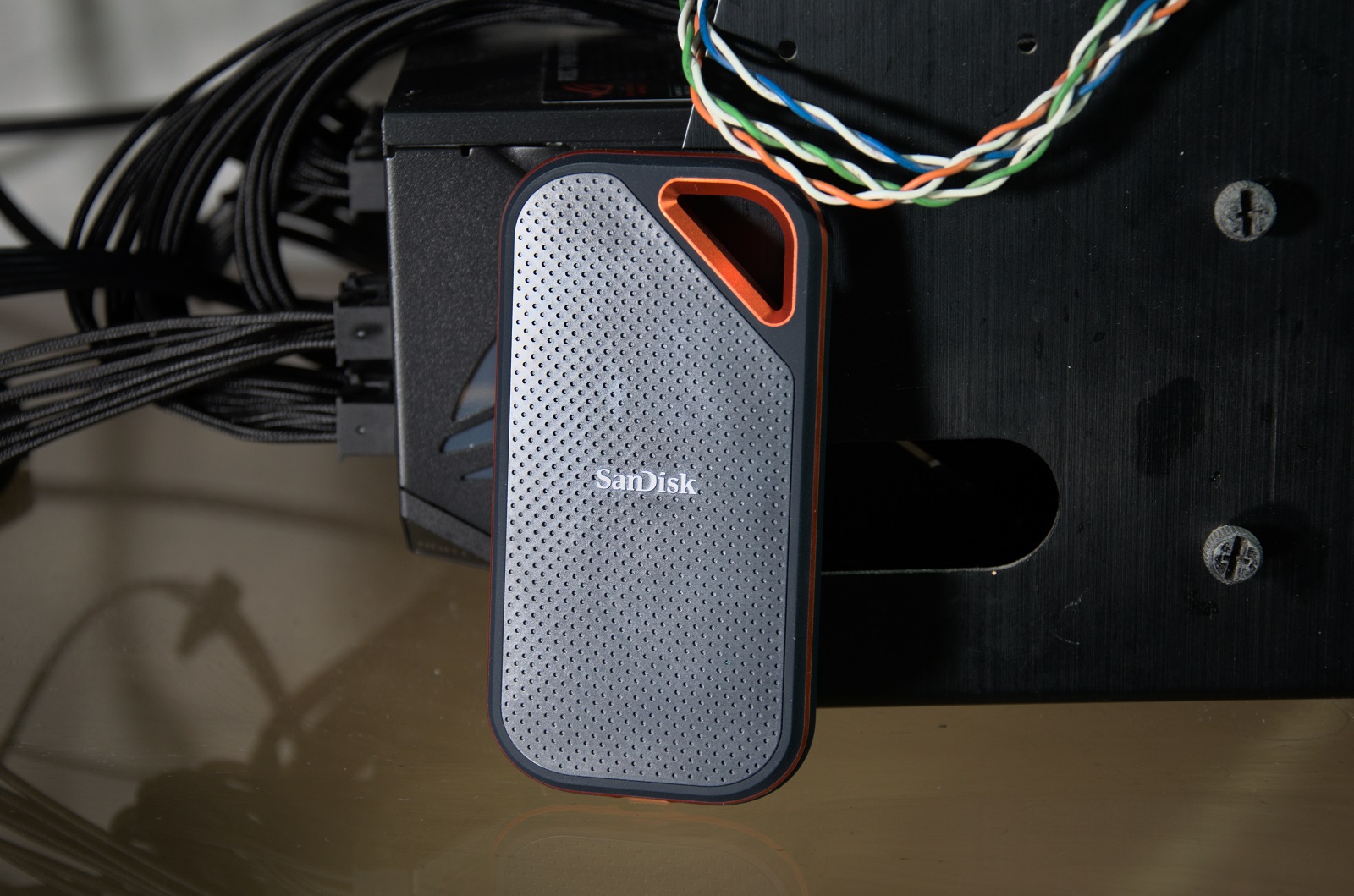 The drive is 5.8 inches wide and 11 inches high. A hole should be made that is used for tying to shackles and holding such and such. 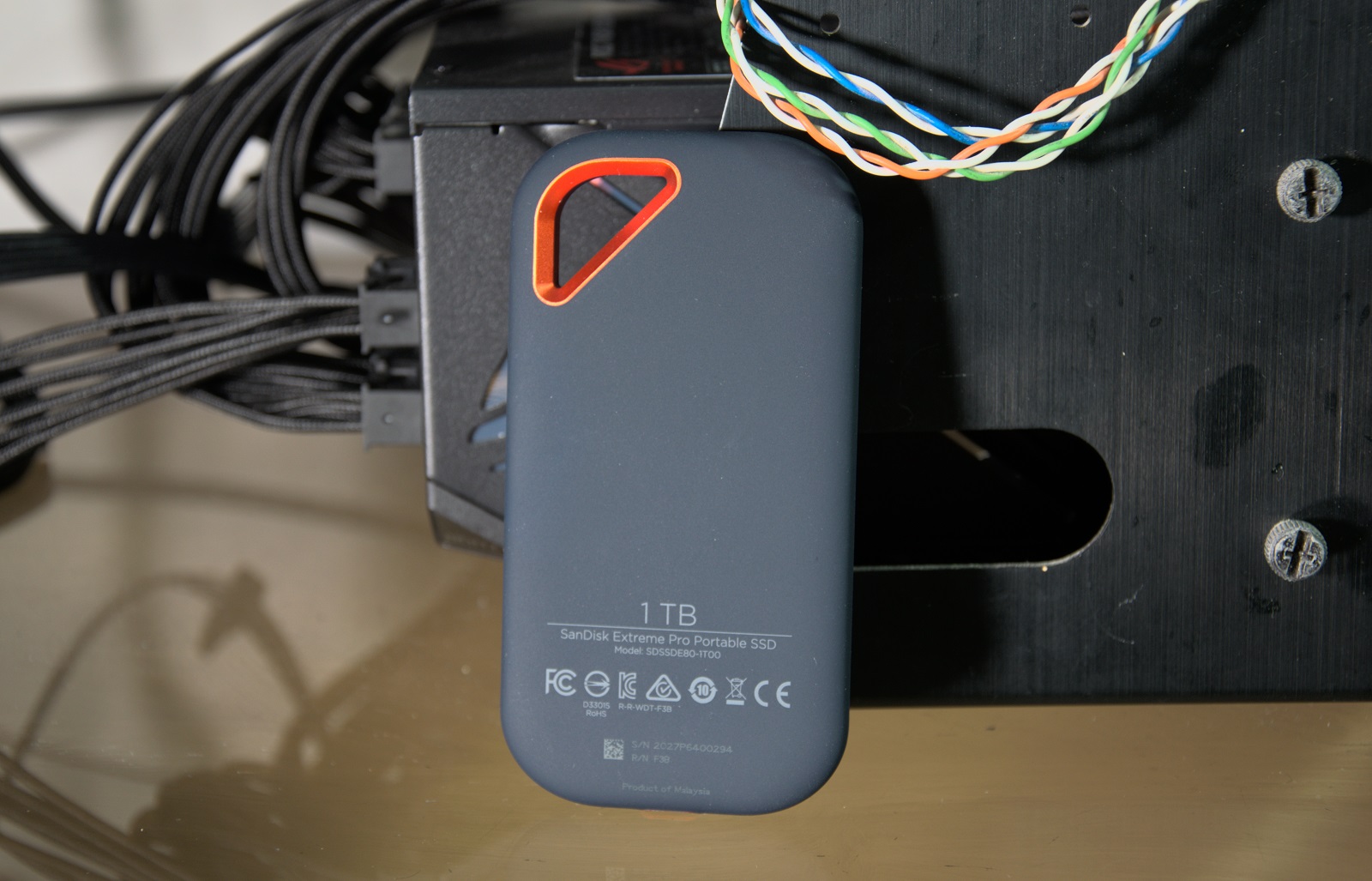 The corners of the drive are smooth and the texture on the back allows it to sit snugly on any surface, as the outer shell is made of rubber with a delicate texture. 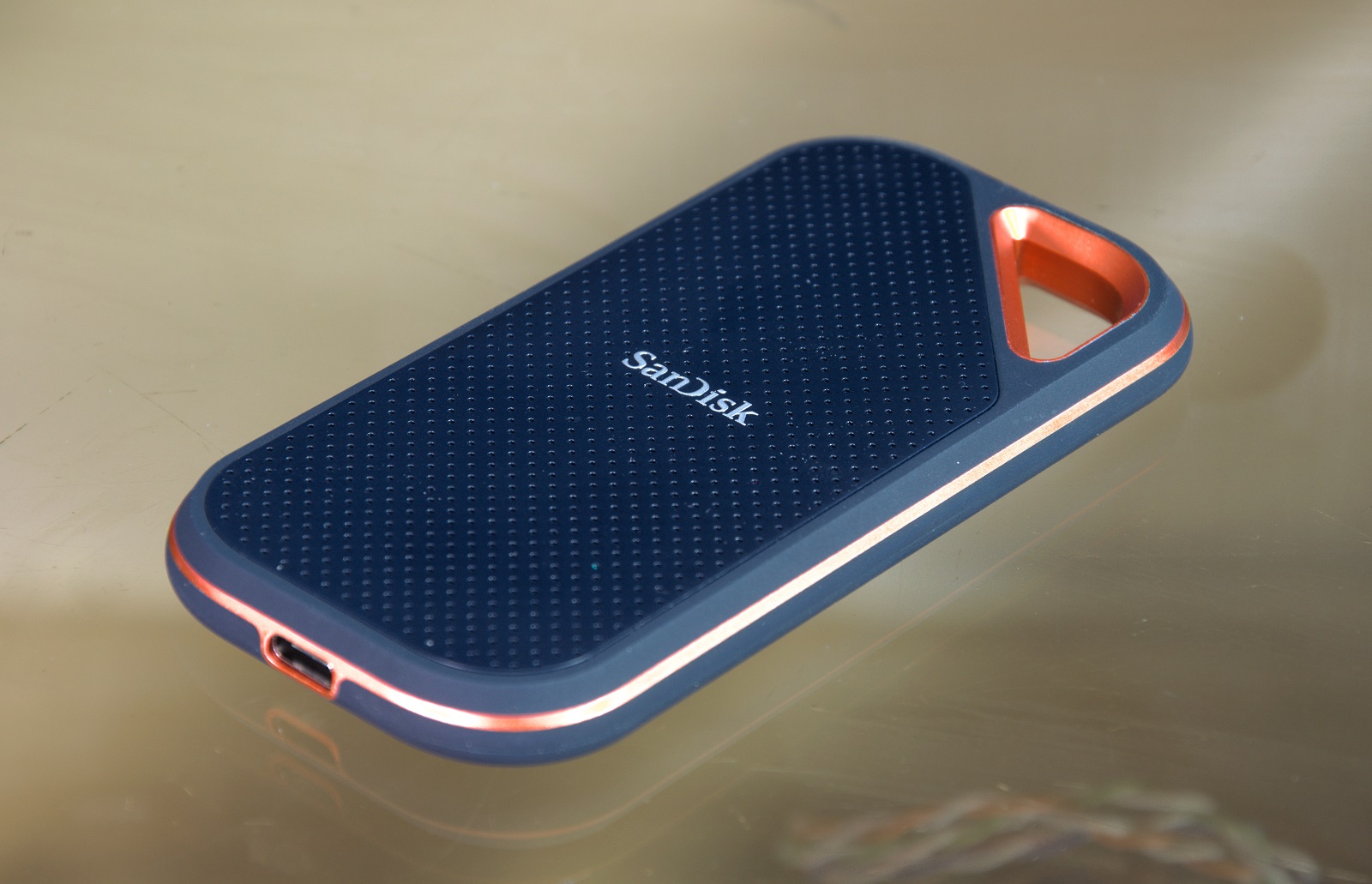 The Extreme Pro Portable drive body has high shock resistance and even an IP55 standard for dealing with water splashes and dusty areas. The information interface of the drive is USB Type-C 3.1 Gen2 so the traffic limit is up to 10Gb per second. In modern motherboards and laptops today, you will find connectors USB Type-C that support this traffic. 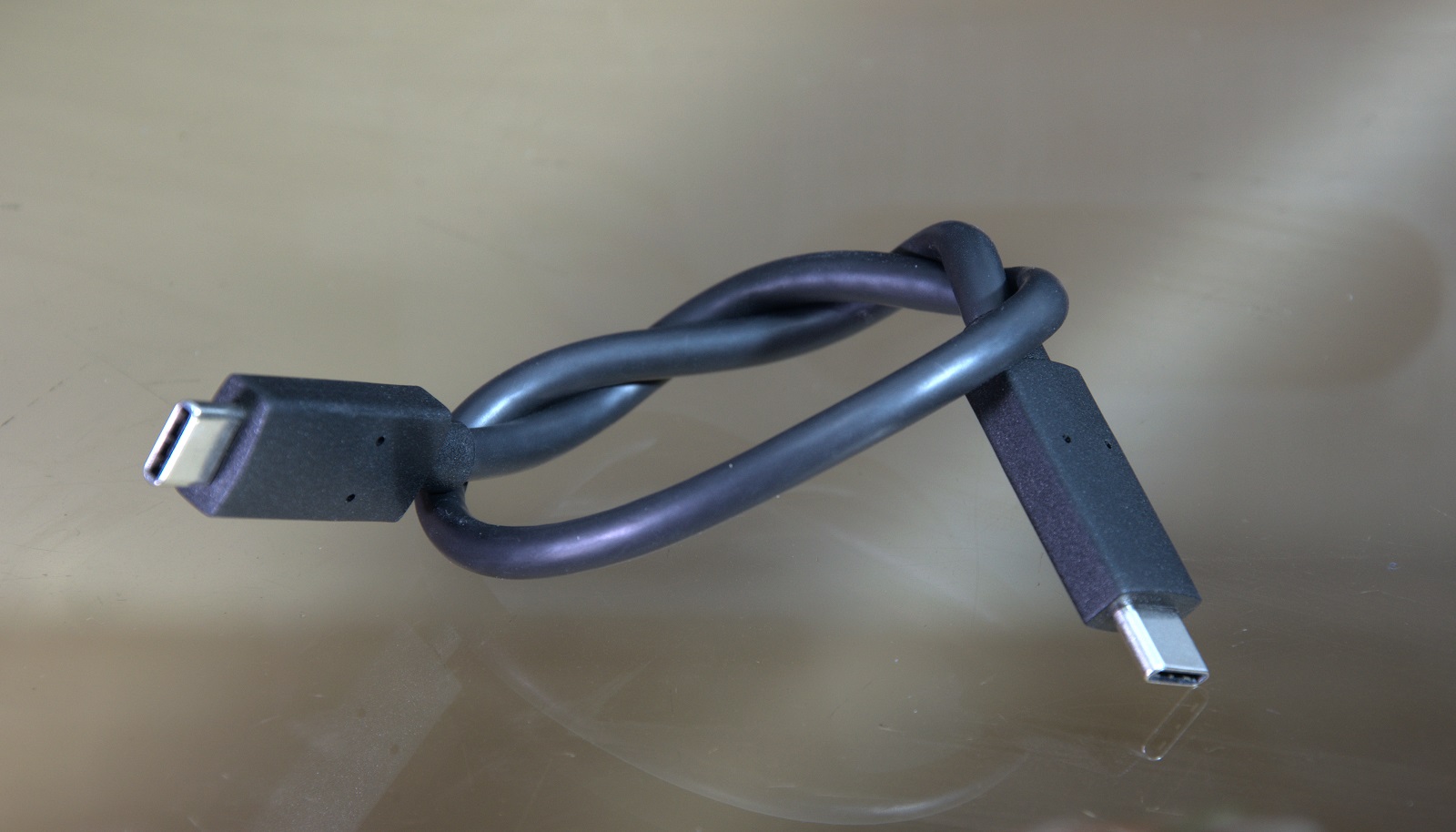 With the drive come two cables, the other Type-C to standard Type-A, and the other is as you can see, Type-C from both directions. The cable in the picture is the one we use most often since desktops and laptops that include this connection have become particularly common in the last three years. 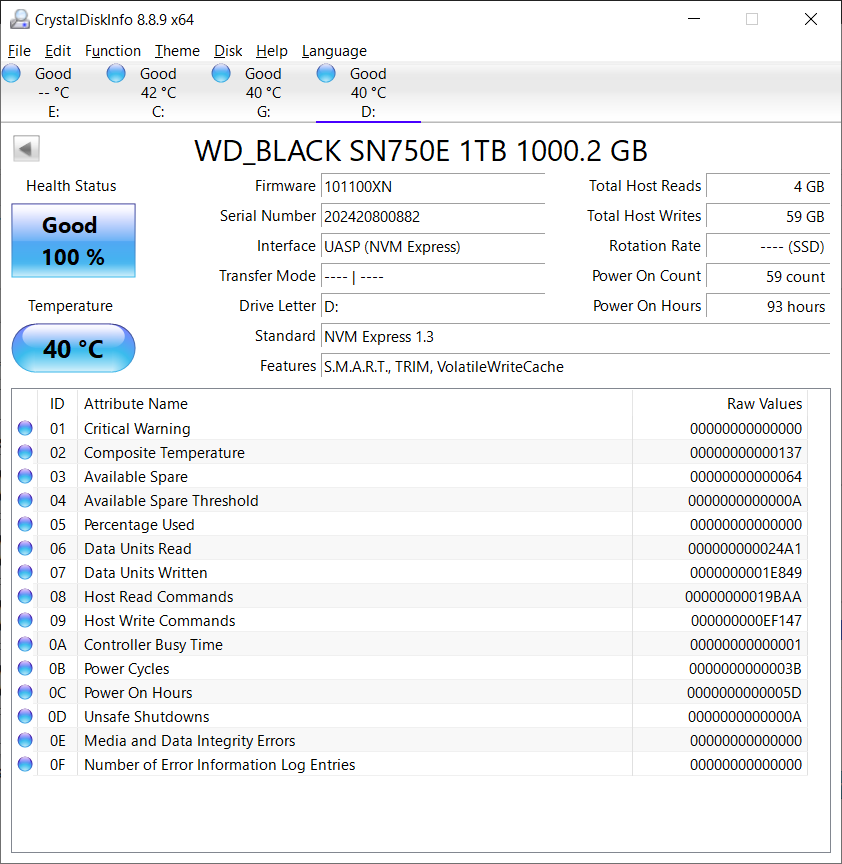 Upon initial inspection of CrystalDiskInfo, it appears to be a drive based on Western Digidal's sophisticated SN750 controller. It is good to know that such a portable drive hides very serious hardware. It is clear to us that this is a version of the controllerSSD This one has a lower heat envelope to fit the drive configuration. 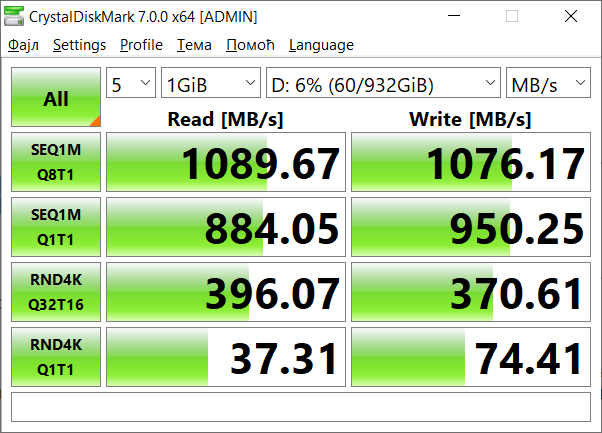 When it comes to continuous speeds, promises SanDisk That can reach up to 1050MB per second with the drive. In connection with the Type-C interface on the Z490 MAG ACE's motherboard MSI, It can be seen that we have even passed these speeds continuously. Admittedly, the speed of a drive is not only measured by the continuous transfer of a large file. 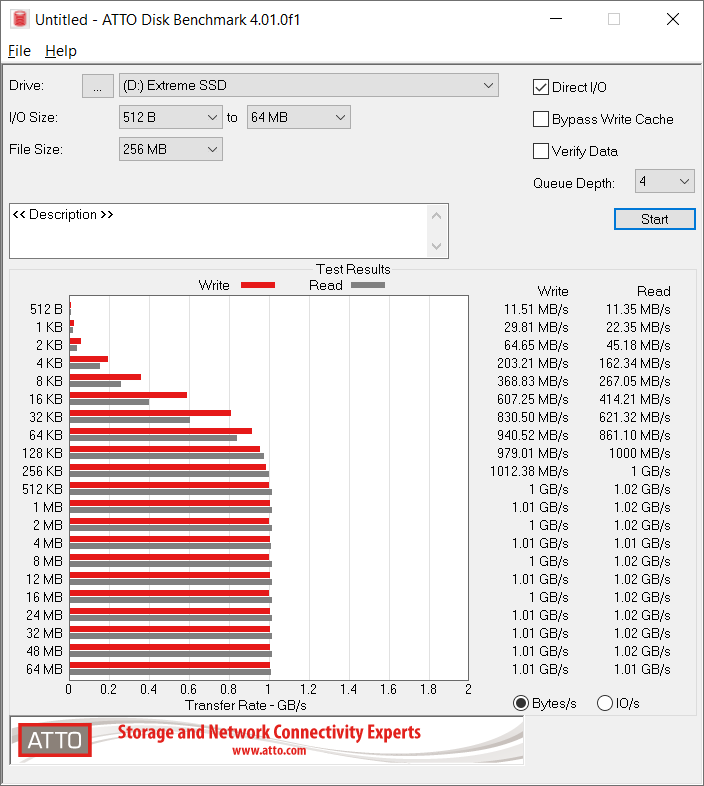 The ATTO test makes it possible to see the division of traffic speeds according to the size of the files being transferred. It can be seen that already in the size of 128KB you get traffic results close to the maximum possible. For an external drive, this is a great result. 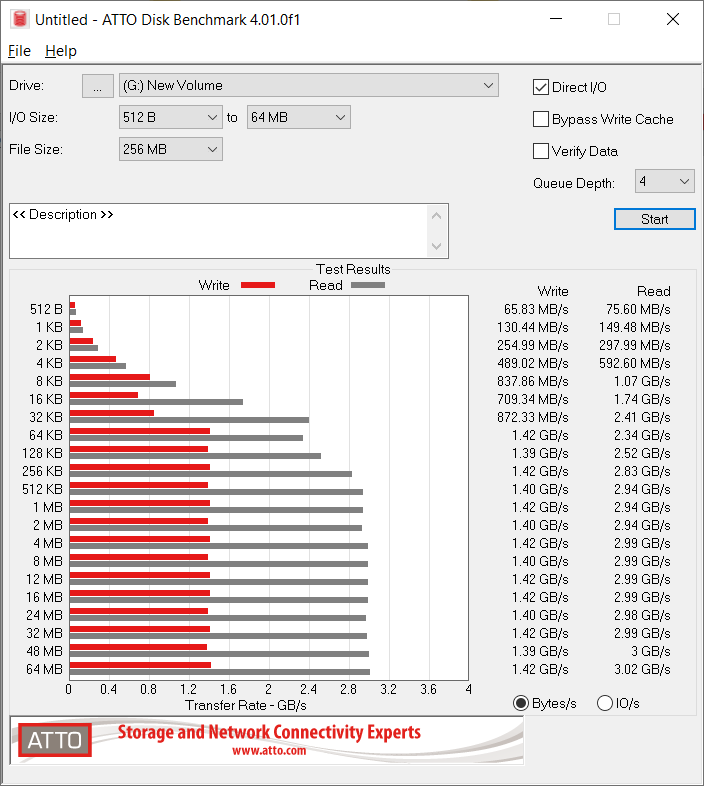 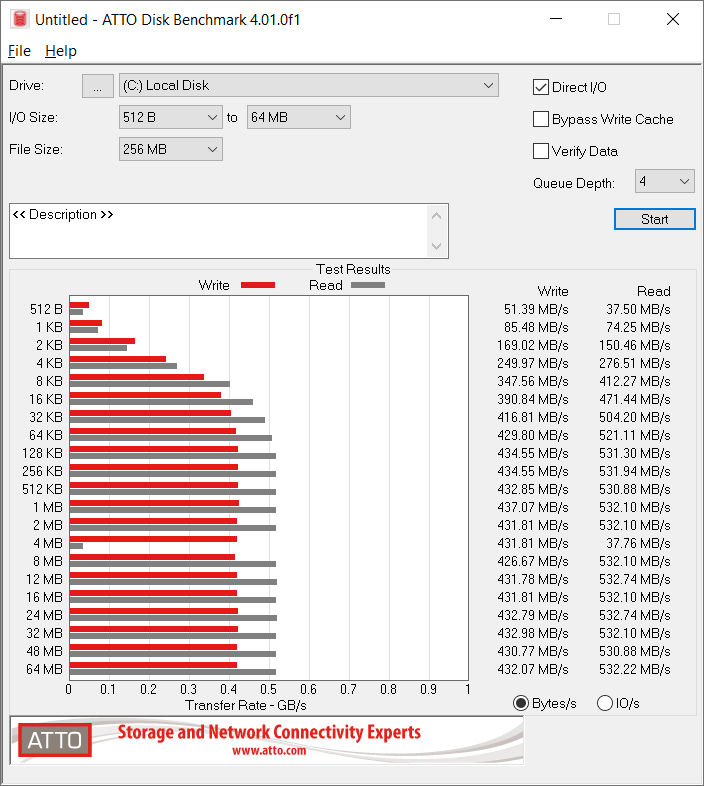 Compared to the 760P NVMe drive we have in the system, the internal one we use in the exams can be seen as the results of the Sandisk Extreme Pro Portable are simply excellent. The drive makes full use of the interface it is given, and a way to reach higher continuous speeds will only be done through more advanced interfaces with significantly rare availability such as Type-C Gen2x2 which reaches 20 Gb per second, or a connector USB Future 4.0 that will allow 40Gb per second. 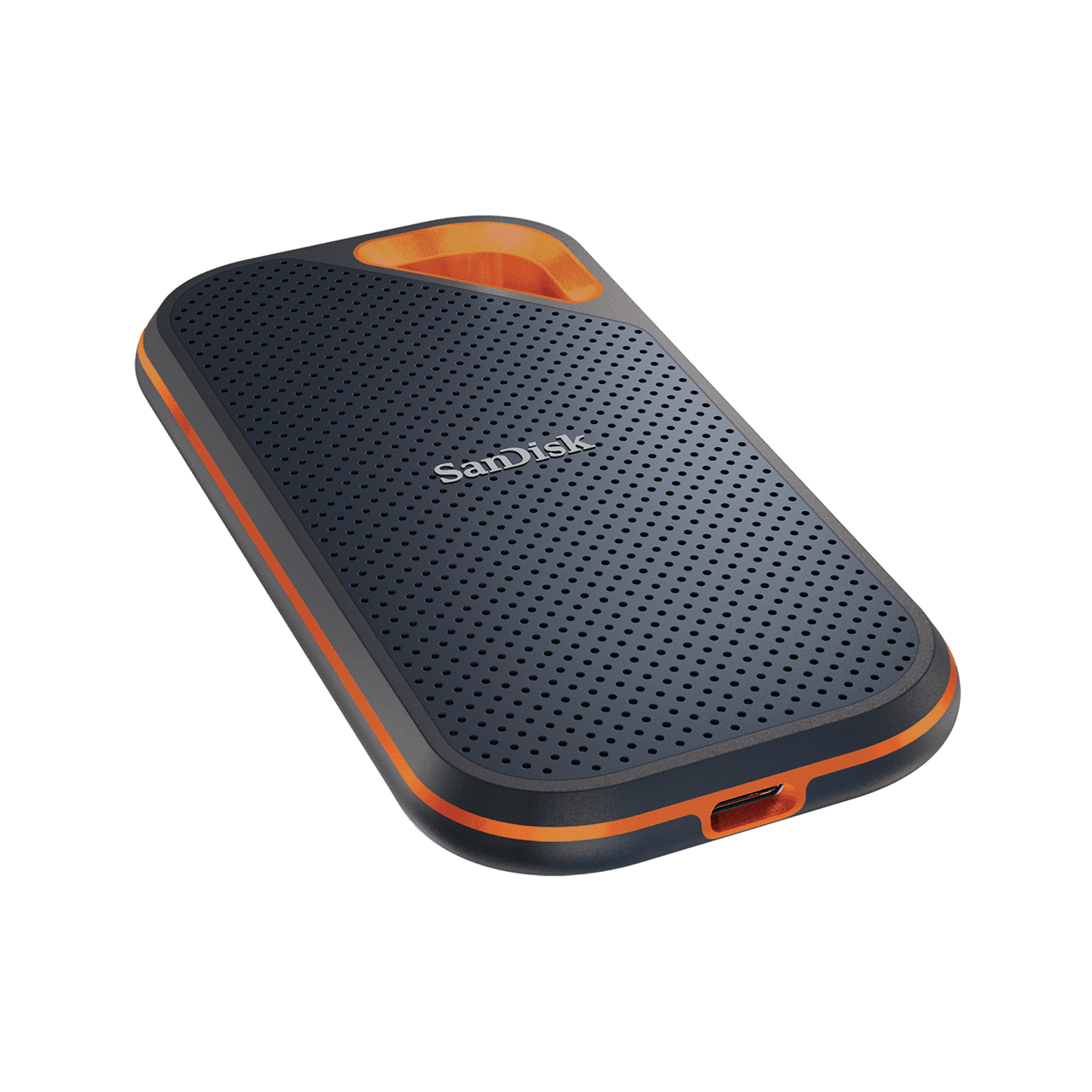 As for the ongoing usage experience so far, we really have no complaints for it. Part of this small creek is shiny, well built and always reaches great traffic speeds, especially if you need to move Operating System In its entirety, or heavy game from computer to computer. With game sizes reaching hundreds of gigabytes, it has definitely been used.

Working with this drive is done a lot really as part of system drives, when changing files and working from it feels as smooth and responsive as working with any other system drive. We have not yet experienced sudden disconnections or strange slowness.

Sandisk has done a fantastic job on theExtreme Pro Portable, and the consumer gets a sleek product with protection against environmental damage at a relatively fair price. We know that if you search for good deals from Amazon and across the web you will find this drive with a capacity of 1TB and 2TB at extremely low prices. However, even a local purchase here presents fair prices for those who need external storage that meets serious requirements such as speed and durability.