IFA 2015 has provided us with an unusually high number of new and updated laptops thanks to the new Skylake processor wave launched Intel With its inception, and the Windows 10 system that has already become the latest standard. A large part of the models presented were a refresh to an existing model with very few changes in appearance or capabilities - but there were also models that certainly managed to surprise us, and the Satellite Radius 12 of Toshiba He is one of them.

As can already be seen from the name, Radius 12 belongs to the family of instruments called Convertible in English and 360 Lenovo Yoga in the obvious sense - in other words, the same computers Mobile Equipped with a touch screen and a pivot capable of full rotation, thus serving both on the computer Mobile Standard, both as a tablet and in the intermediate mode of a touch-based desktop PC. 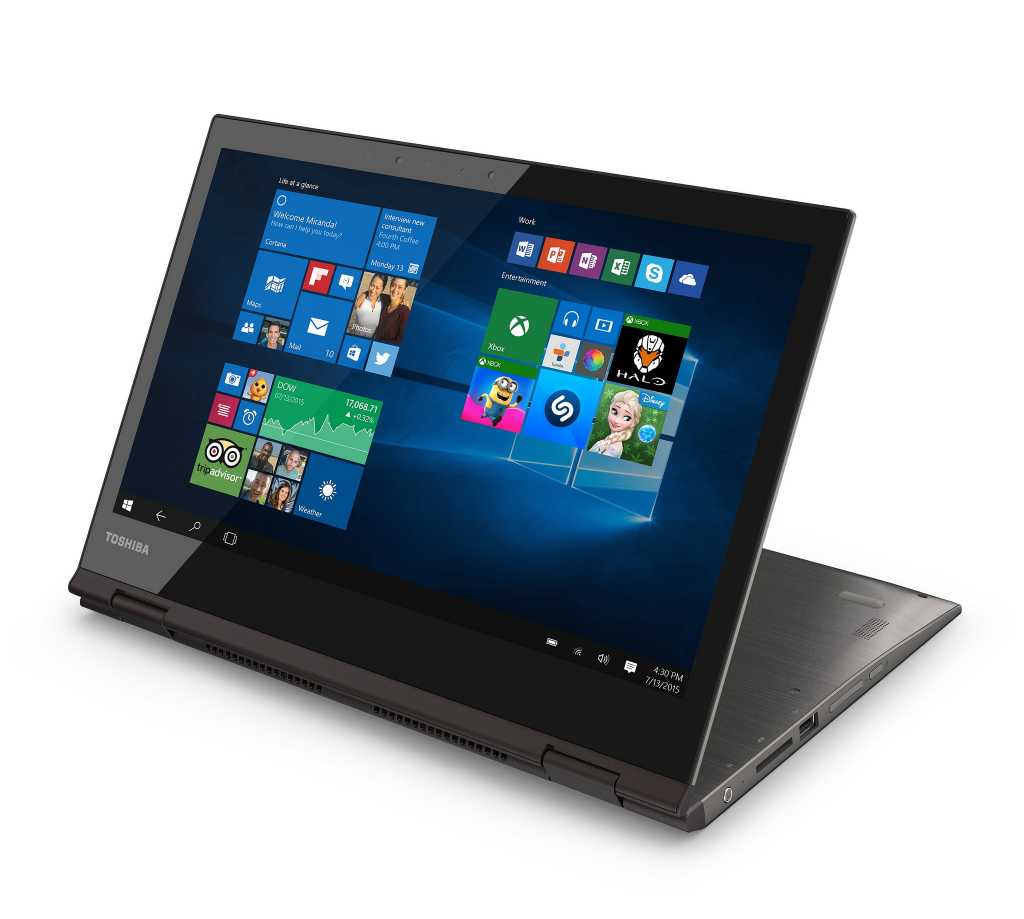 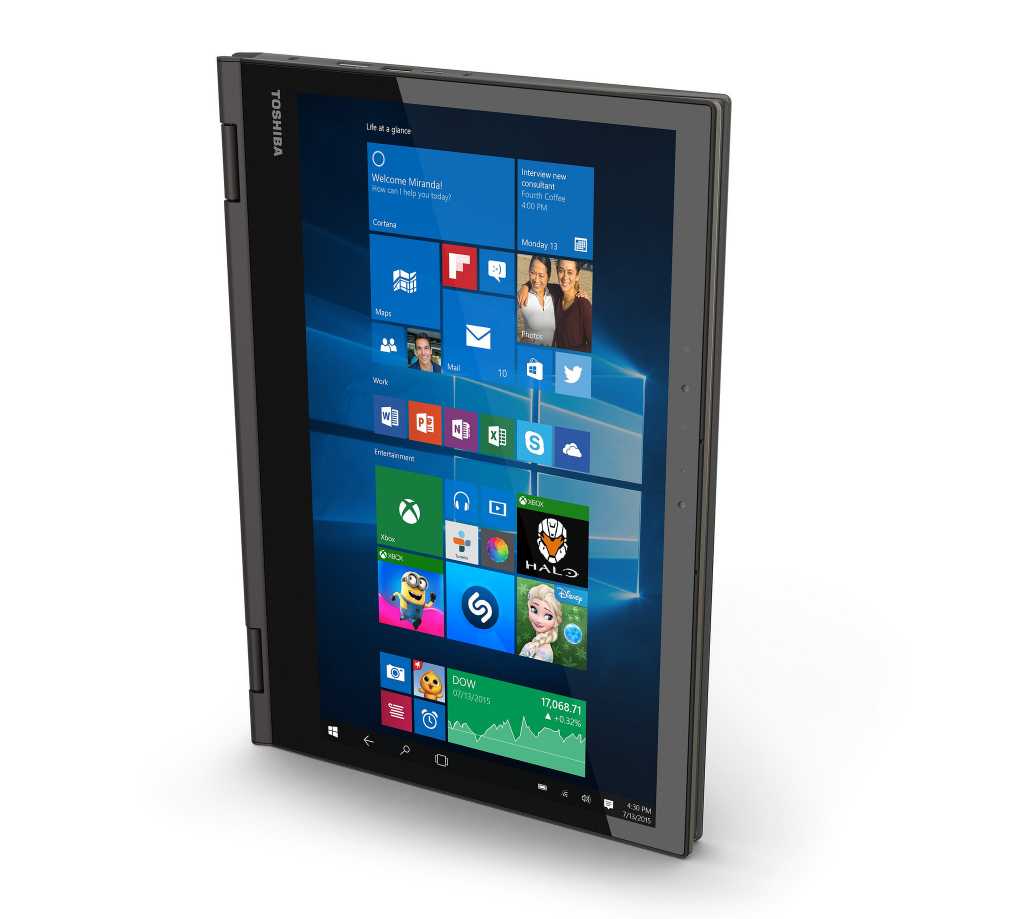 Laptops of this type are fast becoming the new dominant trend in the laptop market (along with 'two-in-one' mobiles where the touch screen can be physically detached from the keyboard), and the Radius 12 is one of the most advanced thanks to a 12.5-inch panel-based touch screen IPS with a resolution of 2,160 × 3,840 pixels, plus type glass cladding Gorilla Glass NBT.

This is the first time we see a resolution 4k On such a small screen (in terms of the laptop world, of course, we have not forgotten the Z5 Premium), it translates to a peak density of 353 pixels per square inch. In addition, Toshiba claims that the screen offers an exceptionally wide color gamut with a coverage of 100 per cent of the Adobe device RGB, With laboratory testing and validation from Technicolor, which specializes in these matters. On the bottom line, it seems to be one of the highest-quality screens you can find on the mobile market, and it's certainly meant to wink at all editors and content creators. 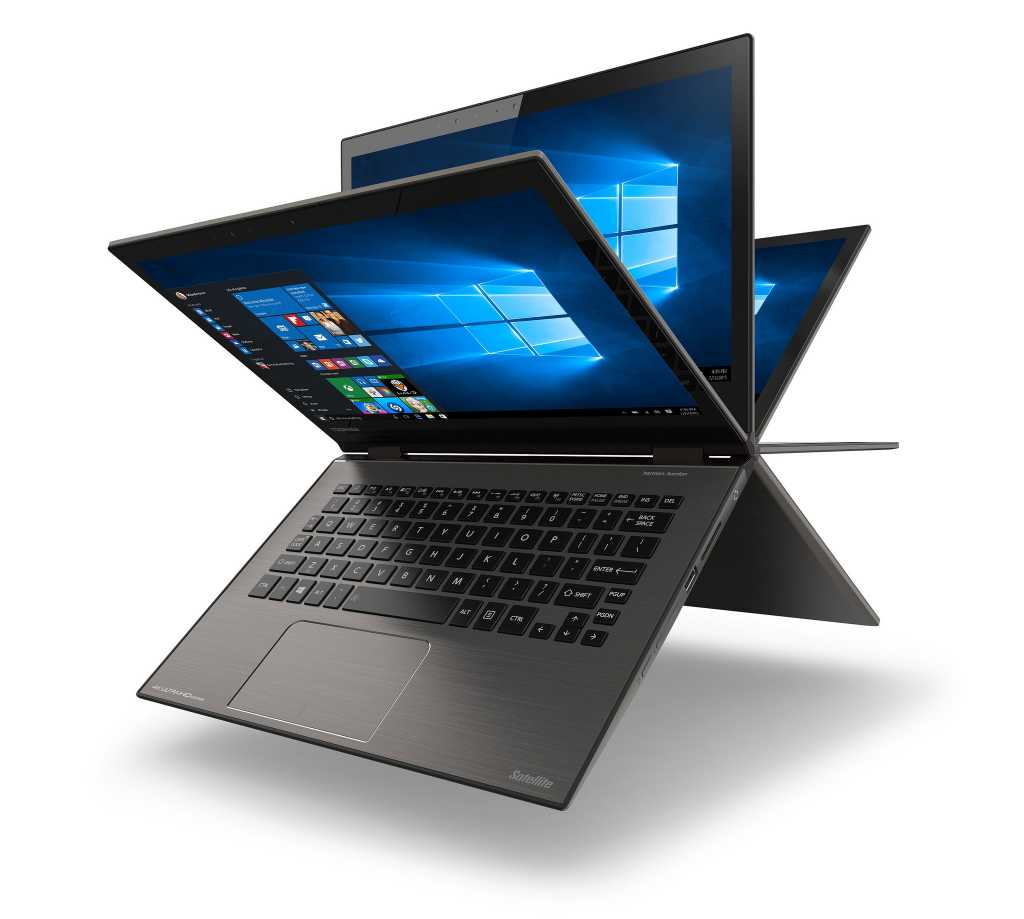 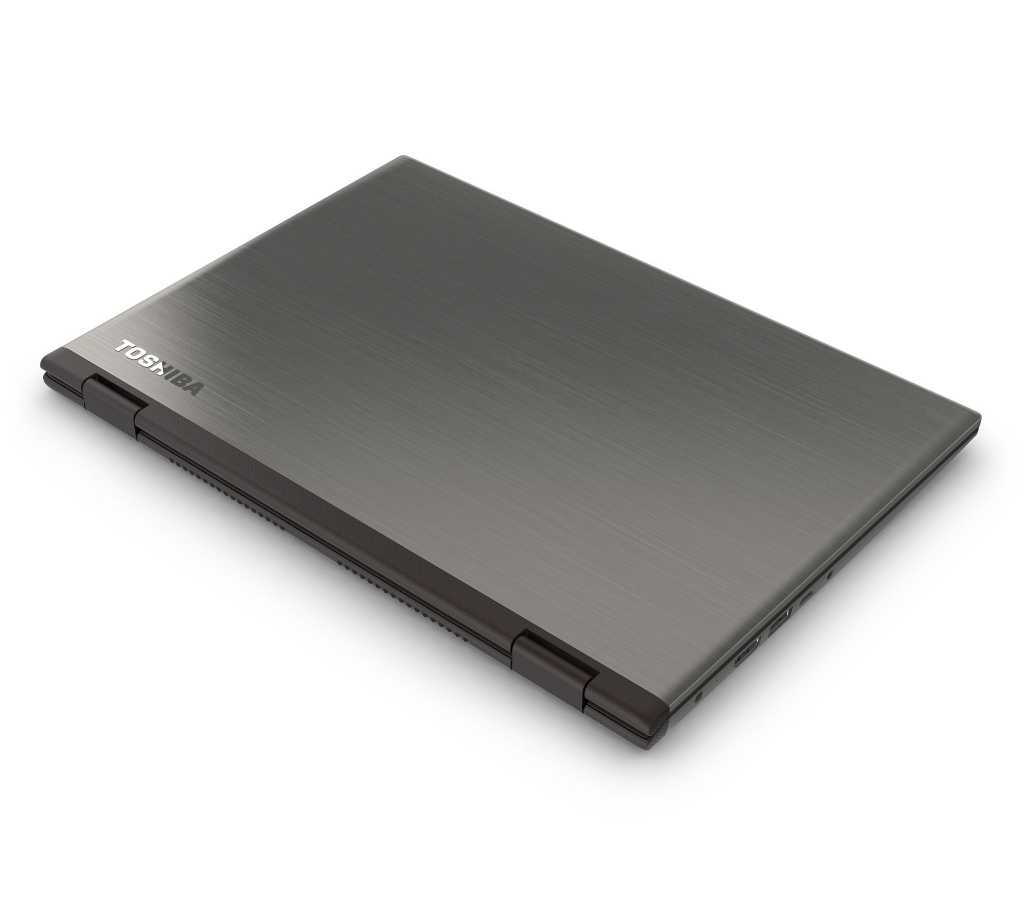 Beyond the advanced screen, the rest of the specs of the Radius 12 are everything you'd expect to get in a laptop in 2015 - up-to-date dual-core Skylake chips from the economical U family, 4GB or 8GB of RAM, based storage SSD In volume between 128GB and 512GB, system Windows Includes a shortcut for accessing the Cortana personal assistant on the F10 button, a camera that supports face recognition and technologyWindows Hello for faster, more secure, and reliable access to the operating system, stereo speakers from Harman-Kardon, and a connection USB Type C is up to date, next to a pair of connections USB 3.0 Type A is standard for backward compatibility.

All of this technical specification is wrapped in a durable and nice-looking aluminum case, about 15.4 thick and a relatively low weight of 1.32. We still do not know what performance improvements the actual Skylake generation will provide us with and how it will handle the resolutions of 4k - But on the face of it, this is a high-quality product, which is definitely another step in the evolution of laptops for machines that can be a real replacement for the desktop computer for many users.

We have two key question marks left for the Radius 12. One concerns the battery life of this compact device, which was not specified by Toshiba even in general. Hopefully this is because the fresh chips did not give it enough time to explore the matter in depth, and not because the expected battery life is so unimpressive that the preference is not to tell about them at all - albeit a screen 4k Will certainly not help cost-effectiveness in this case. The expected prices of the laptop have not been revealed either, so we can only hope that the wink to the professionals in the advanced screen will not be interpreted as an astronomical price tag that will alienate the average home users who are just looking for a small, high-quality computer.

The Satellite Radius 12 will be available for purchase during the last quarter of 2015. We hope that he will succeed in continuing his positive first impression here.