3D for the masses: Toshiba and SanDisk are also making innovative chips for your SSD drives

Not only Intel And Samsung in this race - also for a partnership Toshiba And SanDisk has chip technology 3D Stacked of their own, which threatens to be more economical and advanced than anything we have heard about it until now

Shortly after Intel Micron announced (again) Their three-dimensional NAND chips, Which boasts no less than 32 layers of tiny and sophisticated silica structures, the competitor Toshiba-SanDisk With its own announcement on chipset BiCS technology (RT Bit Cost Structure) - with no less than 48 layers that are "engraved" and built on top of each other. 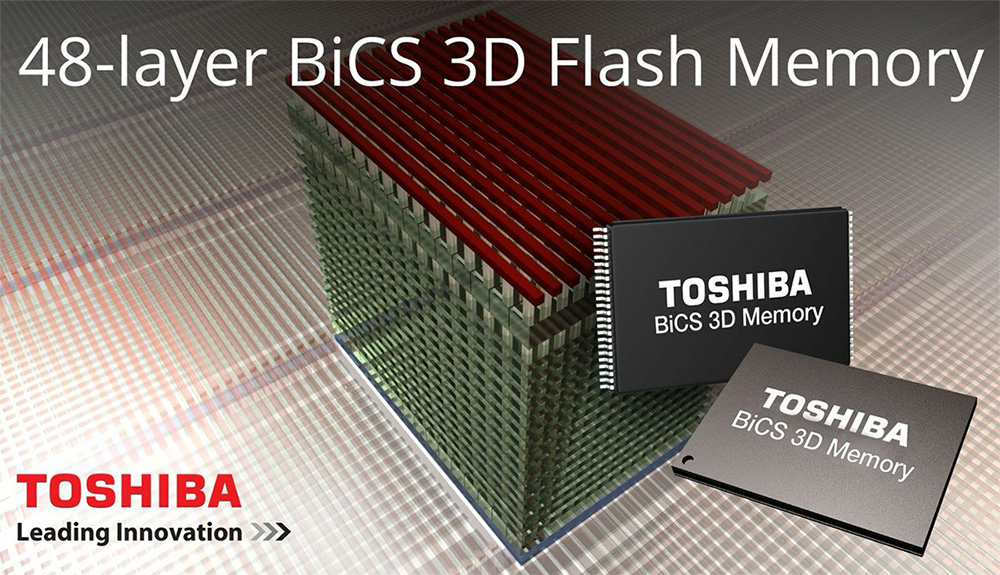 Toshiba and Micron's first generation BiCS chips will offer 128 GB per unit, based on MLC technology that allows each cell in the chip to store two bits of information - this in comparison To 256 Gigabit per chip based on the MLC method that Intel promises us, 128 Gigabit per MLC chip in the most advanced high-end chips that can be found on the market today (15 nm and 16 nm from Toshiba-SanDisk and Intel Micron respectively) and 128 Gigabit per MLC chip In the second generation of Samsung's V-NAND technology. Another detail worth considering - Samsung's XNUMXD chips have been in commercial production for close to a year, as have the planar chips, while the XNUMXD chips from Intel And Toshiba are in the process of producing limited samples only.

We do not yet know all the technical details behind BiCS technology (in fact, our knowledge is that it is based on a similar method of cargo isolation To Samsung's V-NAND technology, And in contrast to floating gates of Intel And micron), but a general rule of thumb in the world of 128D chips dictates that more layers is always better and more economical - therefore, it seems that there is a good chance that despite a volume of XNUMX GB "only" per chip, BiCS's chips Toshiba And SanDisk can offer very compact dimensions (with increased density and bit density), which will enable many of them to be compressed into products that will also be very competitive at the price level.

In any case, with commercial production planned for only the first half of next year - it is not inconceivable that we will see several more changes and technological upgrades in both the BiCS segment and the competition, until we have real products in hand between which we can meet and compare.

Are looking forward to the arrival of the 3-D chip revolution,SSD The modern and "flat" definitely satisfy you? Tell us what you think in the comments.