The days when the name Disk on Key referred to one of the hottest categories in the world of hardware are long gone, and today it seems that a large part of the storage world players do not bother to update or improve their products in a field that has been pushed aside with the development of models SSD Compact and cheaper that allowed for more volume and performance even in an external and portable configuration - but if you still insist on getting high performance in a product that connects directly to the interfaceUSB No extra cables on the way, to the company Patriot There is an interesting surprise for you.

The American company announces the launch of a drive USB Innovatively new and advanced, under the exploding name Supersonic Rage Prime and with a promise of continuous transfer speeds of up to 600 MB per second thanks to the support of the standard USB 3.2 Gen.2 with theoretical bandwidth of up to 10 GB per second.

Supersonic Rage Prime drives are available for purchase right now, with capacities of 250GB, 500GB or one terabyte at the top, with a white shell with an aluminum coating and a push mechanism that allows you to protect the USB Type connector -A integrated against unwanted physical damage when the drive is not in use - but what is more interesting is the performance of the product of course (along with a five-year warranty that is also worth noting), which seemingly outperforms some of the drivesSSD Mobiles and most drivesUSB The others that are available en masse in stores today.

Representatives of the site notebookcheck.net Enough Already take the top terabyte model of this interesting drive for a spin, and let us know that continuous read speeds are indeed promising on the packaging and approaching about 600 megabytes per second, plus surprisingly good data even for random performance with 4 kilobytes files Small ones that are a refreshing change compared to drives USB Many others boast and focus on their continuous speeds but courses for performance are particularly embarrassing when the nature of the work includes the need to copy a large number of small files. 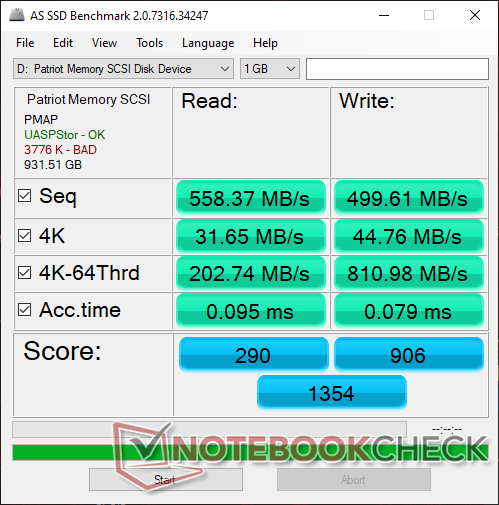 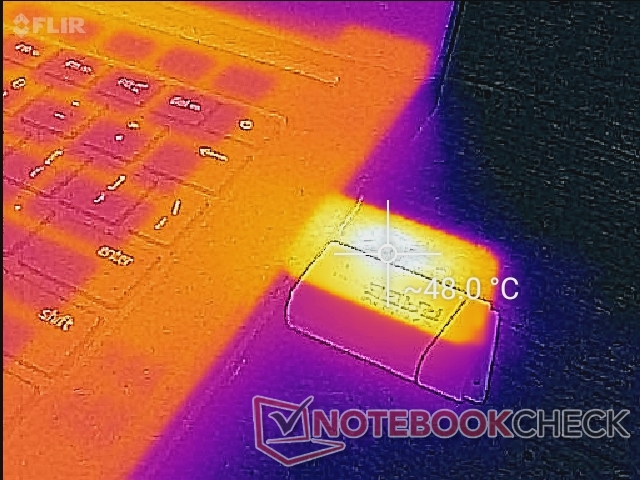 The performance is one of the best in the field of USB drives, and not very far from what drives offer SSD Mobile Advanced - provided you do not expect continuous operation of tens of minutes without gradual deceleration
Source of photos: notebookcheck.net

However, it is worth noting that the short test performed also identified a significant warming of the unit after a few minutes of strenuous operation, but manifested itself in a significant reduction in continuous speed to about half the maximum value in question - so consumers who need to transfer hundreds of gigabytes each time need Take this into account before they toy with purchase ideas.

If these limitations do not deter you and the compact dimensions that are suitable (among other things) for the combination on the bunch of keys enchant you - you can purchase the Supersonic Rage Prime drives in the American store of Amazon, at prices between 73.39 dollars 250 GB capacity Including shipping cost, to $ 220.63 including VAT and shipping In one terabyte model.