Company AMD Announces today the official launch of a series of processors Threadripper 3000 - This series allows end users to reach an unprecedented level of performance in the home market with a monstrous amount of cores in a particularly fresh and fast architecture.

Like Intel,AMD There are two platforms Processors For the home and professional market. One platform covers the majority of users and includes the greatest performance possible between the simple and advanced processors, and another platform is only extreme and includes Processors Possess exceptional abilities. 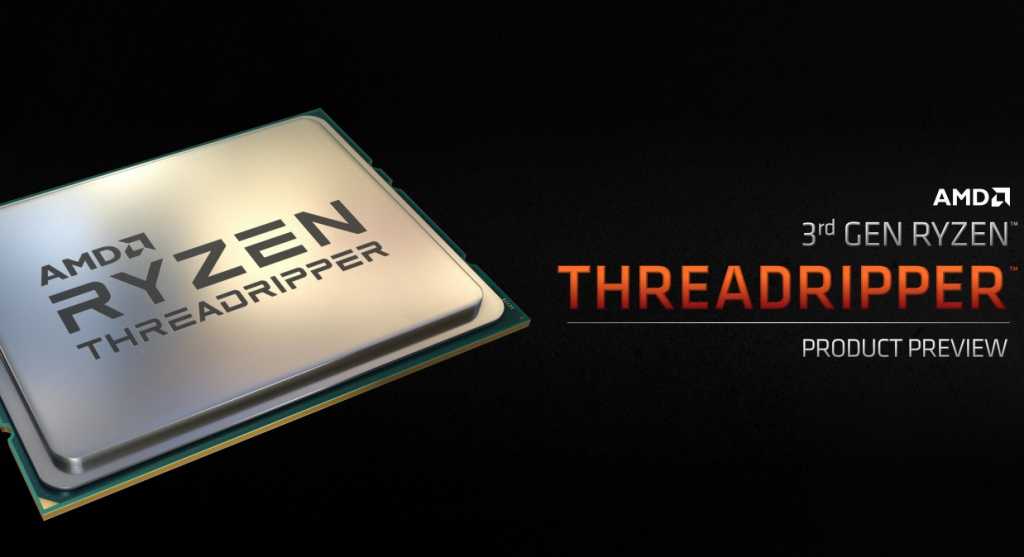 Today officially launches AMD A brand new Extreme platform that replaces the previous one, the TR4. While TR4 is limited to 3.0 generation PCI-Express lanes, the new TRX40 platform comes with natural support for 4.0 lanes and of course you support the series Processors Completely new with the device. 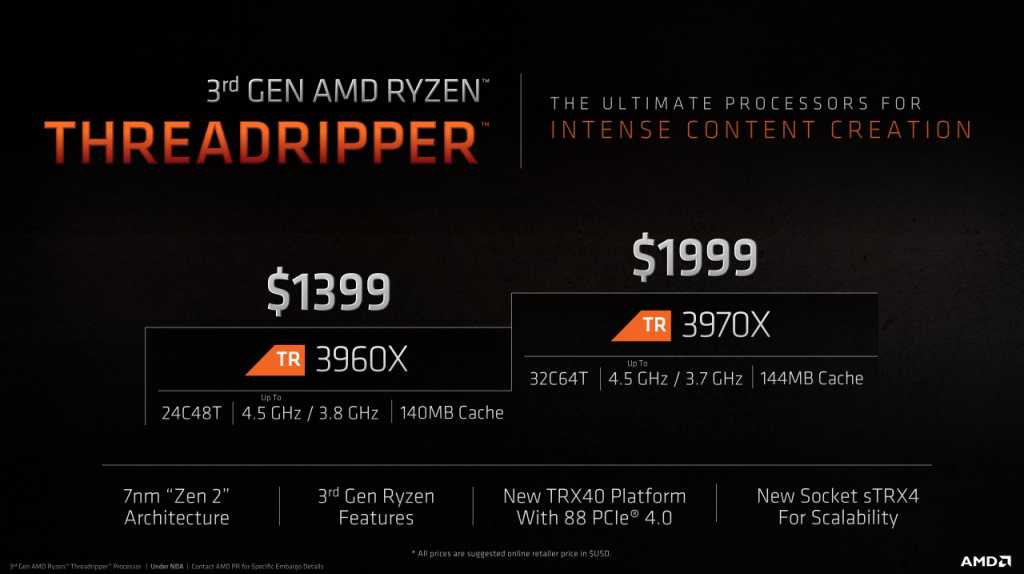 This is actually the debut of processors that include silicon processors in the 7 nm manufacturing process in the Extreme Bracket for Desktops. Processors These are based on the successful Zen2 architecture we know from processors RYZEN The others launched this summer. This means that it is an advanced and contemporary architecture that uses extreme processors, rather than one generation back, which can limit performance in certain software compared to mainstream resident processors.

Amount זיכרון The caching in these processors is good for architecture and is huge and unprecedented. The 3960X comes with 140MB's זיכרון Cache of all levels, and 3970X comes with 144MB. Quantity of routesPCI-Express 4.0 across the platform is 88. In practice, the amount of paths that users can access will depend mainly on the motherboard model.

Still, most boards won't have the problem of using a variety of M.2 drives, along with several expansion cards at X8 and X16 speeds. Platform TRX40 There will be the highest and highest extension in connectivity that the home user has had so far. 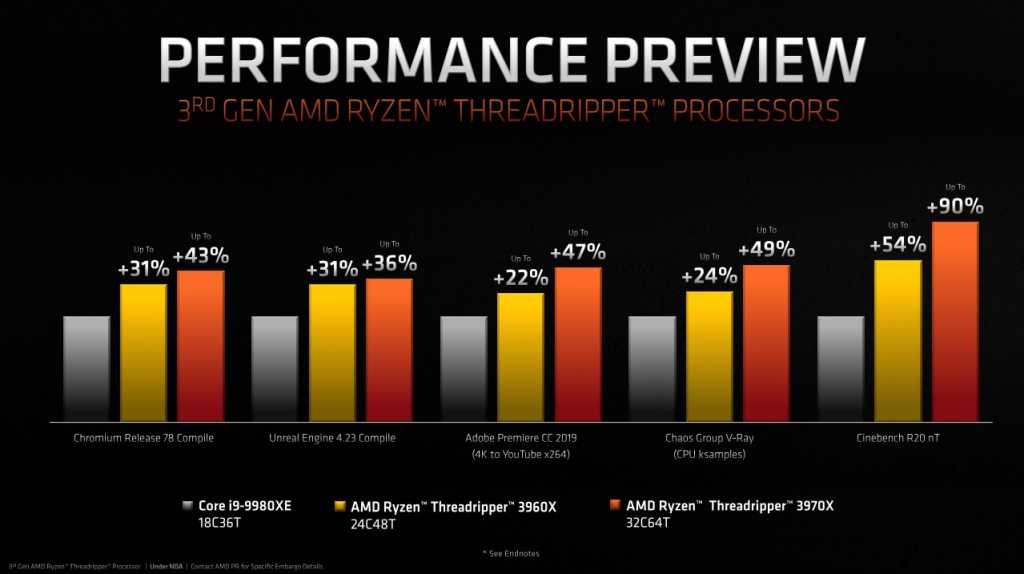 Company AMD Not afraid of competition, and this is reflected in the price of new processors. While Intel has made a significant reduction in the price of its existing extras, and those that will be launched very soon, onAMD Maintain the level of prices we saw in the generation Threadripper 2000.

The 3960X having the core 24 will cost $ 1,400, while the 3970X will ask for no less than $ 2,000. Talking to Robert Hallock fromAMD We were told that AMD Completely confident in its products and standing behind them, knowingly facing the price reductions of Intel.

To make a little order in your mind, here's a list Processors From two chip giants with an emphasis on the amount of cores and the fact that everyone can be rushed:

Notice the interesting differences in the price ratio for a single CPU core. Of course not all cores are born equal, but it can certainly be taken as a reference to performance given that these are the two most recent architectures of the two companies. The new Threadripper processors are neither a "budget solution" nor a "fair replacement", AMD Goes with the mantra of "premium, and no less." At this stage there is justification as it has a clear technological advantage in the extreme space of the motherboard housings. Advantage in the number of cores, advantage in energy consumption and advantage in advanced connectivity.

To the question "And what about the vacuum created between $ 750 of 3950X and $ 1400 of 3960X?" The answer was that Threadripper 2000 processors are still in the field at good prices, and they are the intermediate solution for those who want a large amount of cores at a fair price. This is certainly true, albeit the technological leaps between generations Zen And the Zen2 that the Extreme offers are part of what makes an advanced chassis desirable. Many who have planned to go for advanced workstations may simply "compromise" on theRYZEN 9 The new 3950X has the core 16.

At this time, plans for launching additional Threadripper processors are not yet known. Makes sense that this will happen, but probablyAMD Prefer to keep some of the cards in hand for later.

New Threadripper Processors AMD Will reach the market before the end of the civil year. Stay tuned for more details and extensive coverage!