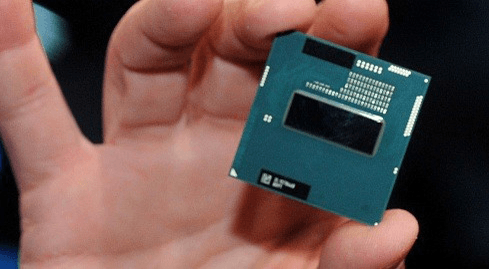 A fresh leak offers a complete breakdown of the models and specifications that will result in the generation of the next generation processors.Haswell The future of Intel

Know theCore i7-4770K? You should get used to it, because in a few months this model will become the new dream of all performance enthusiasts.

An up-to-date image that exposes the site vr-zone.com Invites us to first get acquainted with no less than 14 desktop models that will be associated with the second generation of processors Intel Which creates a lithograph of the 22 nanometer,Haswell.

So what exactly is Chipzilla preparing for 2013? Overall, things are normal.
The most advanced model will be theCore i7-4770K, which will replace theCore The current i7-3770K will offer almost identical specifications - four cores with HyperThreading support, open multiplication, 3.5GHz base frequency and 3.9GHz turbo frequency, memory 3MB L8 cache and native memory support at 1,600MHz speed.

The most significant differences the 4770K will offer are Core A new built-in HD Graphics 4600 graphics card that will operate at a maximum frequency of 1,250MHz (compared to 1,150MHz for the HD Graphics 4000 core at 3770K) and a higher thermal wattage of 84 watts, which may hint at the changes brought about by the improved surface architecture Improved performance in double-digit percentages in general processing (and even more significant improvement in graphics processing) at the same working frequency compared to the current generation.

The similarity does not end with the leading processor - most of the processors on the list (which all belong to the Core i7 and Core i5 subfamilies that will be launched first) have a twin in the Ivy Bridge generation and it is clear that Intel Not in a hurry to change her winning horse, for better or for worse.

An interesting fact worth noting is that, unlike the current generation,Haswell Offer list Core (HD Graphics 4600), at a maximum frequency ranging from 1,100MHz to 1,250MHz. It is a little early to say that all these processors will offer virtually identical graphics cores, but on the face of it seems to be a nice and important bonus for the low-cost T sub-family (a thermal envelope of 45 watts and 35 watts) that will make them a better choice than ever for high-end, high-end computers.

Despite the similarities between the models, it should be remembered that, unfortunately, the Haswell generation will be based on a new LGA1150 chassis and will come with new generation chipsets that will not offer backward compatibility for the Ivy Bridge / Sandy Bridge products. An inevitable byproduct of technological progress or robbery of the Intel Which comes as a result of its unquestionable control of the field? It depends who you ask.
One small comfort in theHaswell There should be abilities The fast Improved that are closer to those obtained in HEDT (High End Desktop) processors - such as the ability to change the basic product frequency of the processor.

The first Haswell processors are scheduled to land in stores during the second quarter of 2013, just before the sub-Core i3 and Pentium processorsIvy BridgeWhich are expected to be launched in the third quarter of the year.
Looking forward to the next generationHaswell Intently? Disappointed by the new revelations? Share us in comments!