We tested: a tiny motherboard for MSI gamers

MSI's Z97M GAMING is Motherboard For gamers and overclockers who want a compact but high-performance computer. We checked

The technology market is advancing mainly due to the reduction in production processes and the increased processing power of chips. We witness this in every field. From smartphones to tiny computers. The motherboard we will present today is a product of the same process and is designed for gamers who want as much as possible in as little space as possible.

This motherboard is among the few to date that carries the Z97 chipset and is designed for advanced MATX users. The format of advanced gaming and speed boards has been gaining momentum recently thanks to the low heat emission of the chipset and the ability to use fewer controllers and chips on the board. 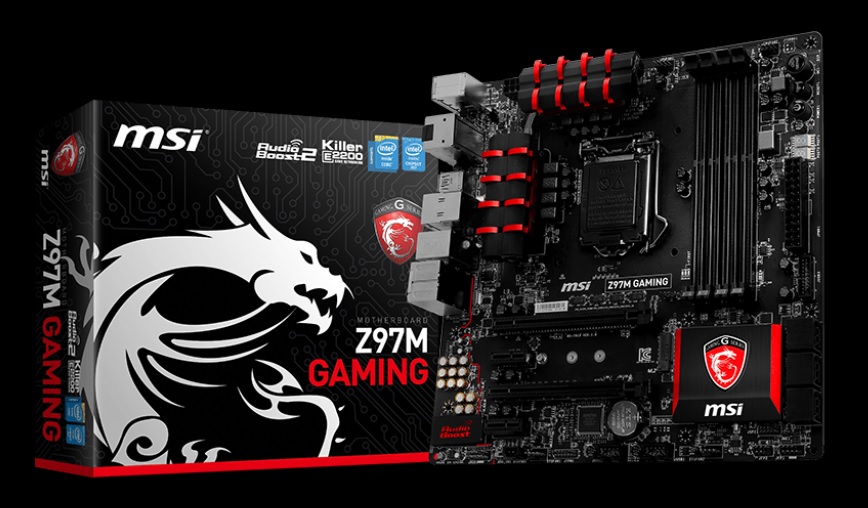 Has chosen MSI Use the GAMING general branding and it does not associate this motherboard to any degree, as it does in the standard motherboard series such as GAMING 3 and GAMING 5. 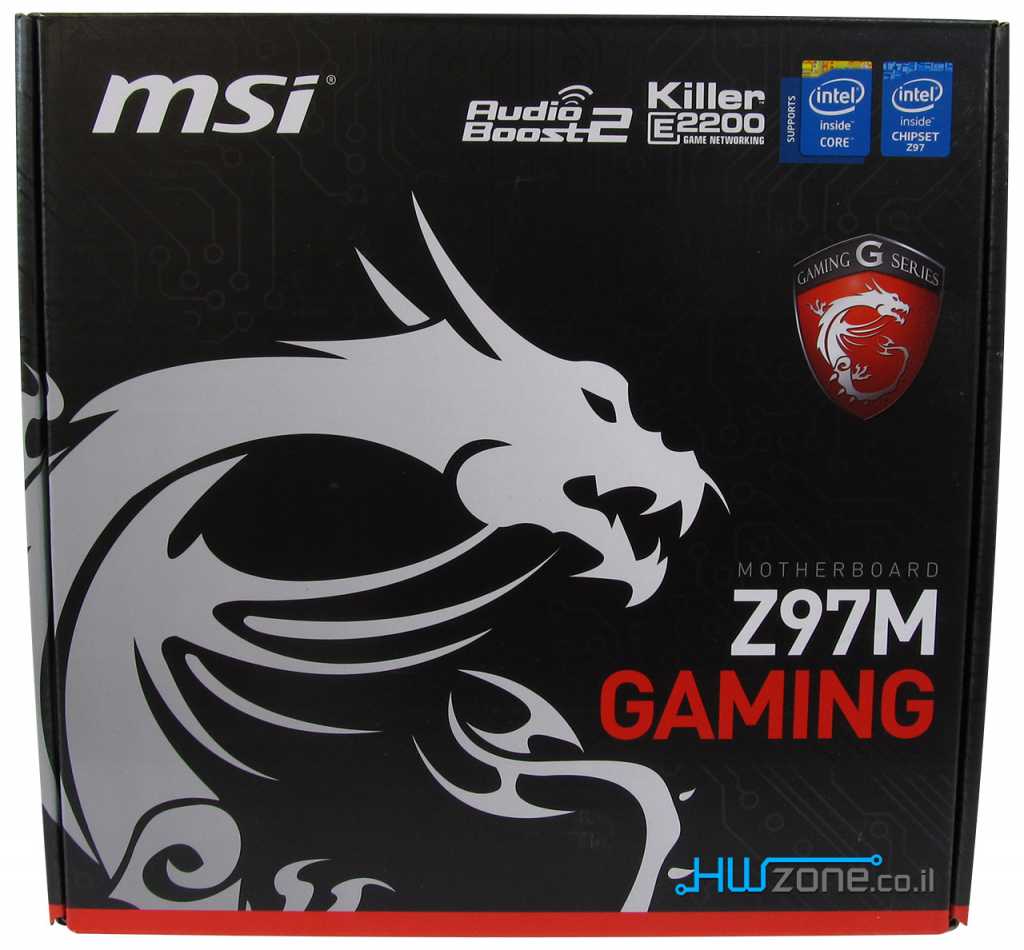 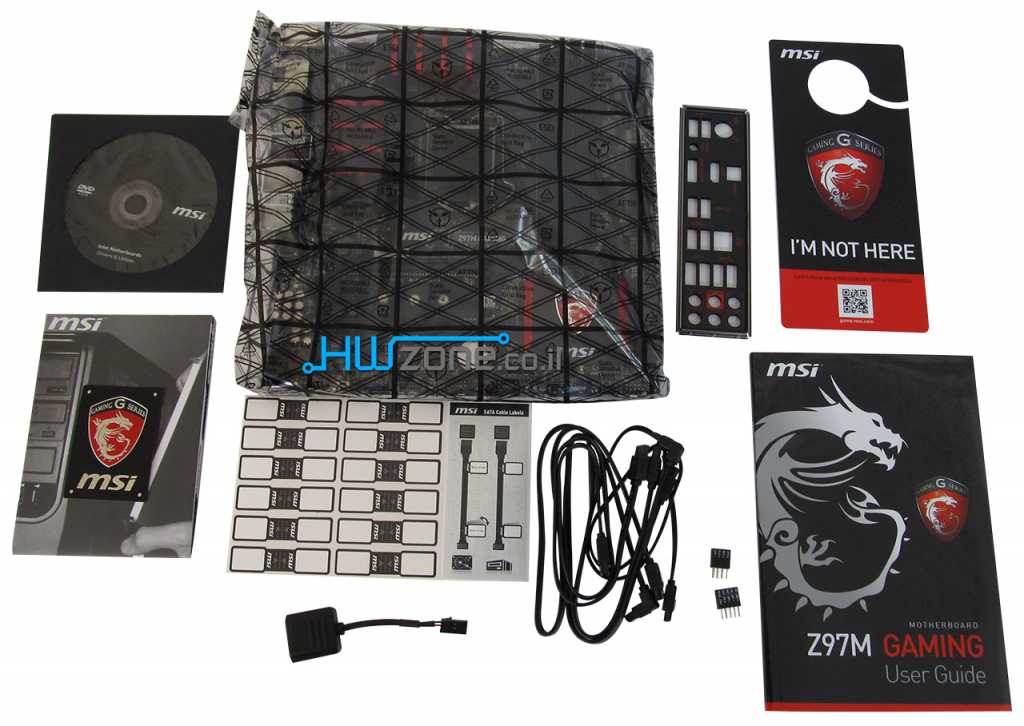 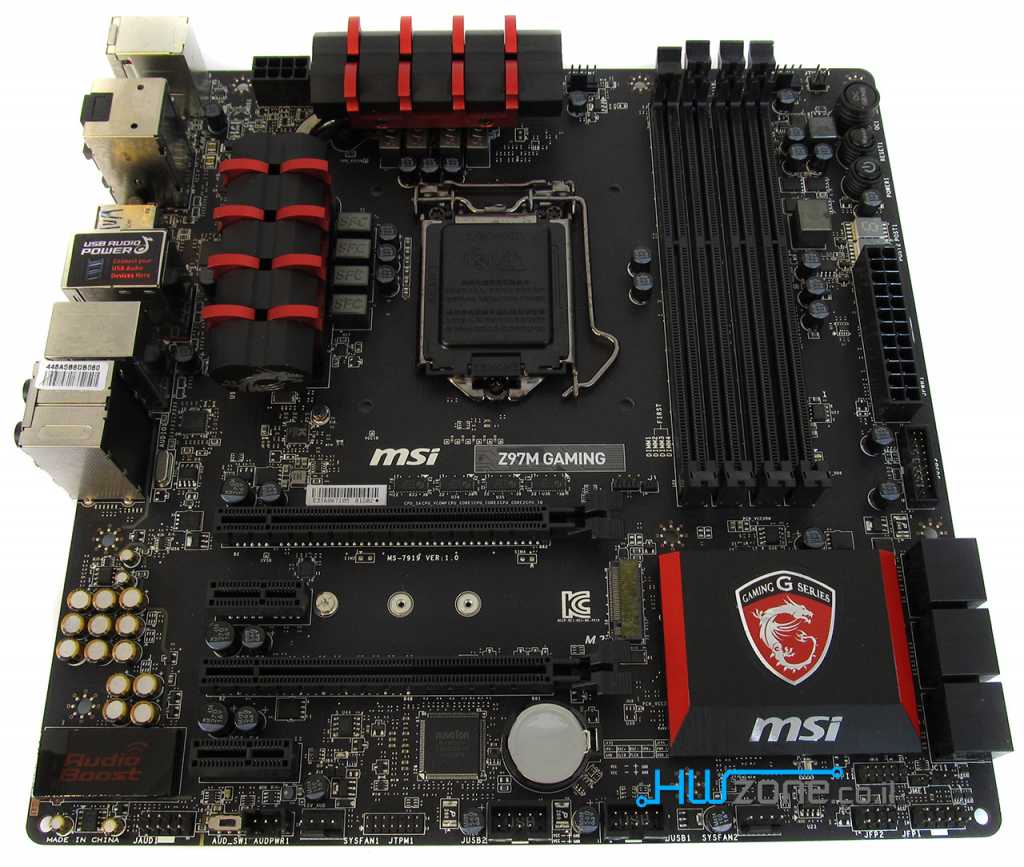 The GAMING branding of MSI All around black and red, and as many dragons as possible. Since starting with this series during the Z77 era, it has been achieving MSI Formulate designs in any new series of motherboards. This time, the appearance of these motherboards and design of these coolers is the most beautiful in my eyes. 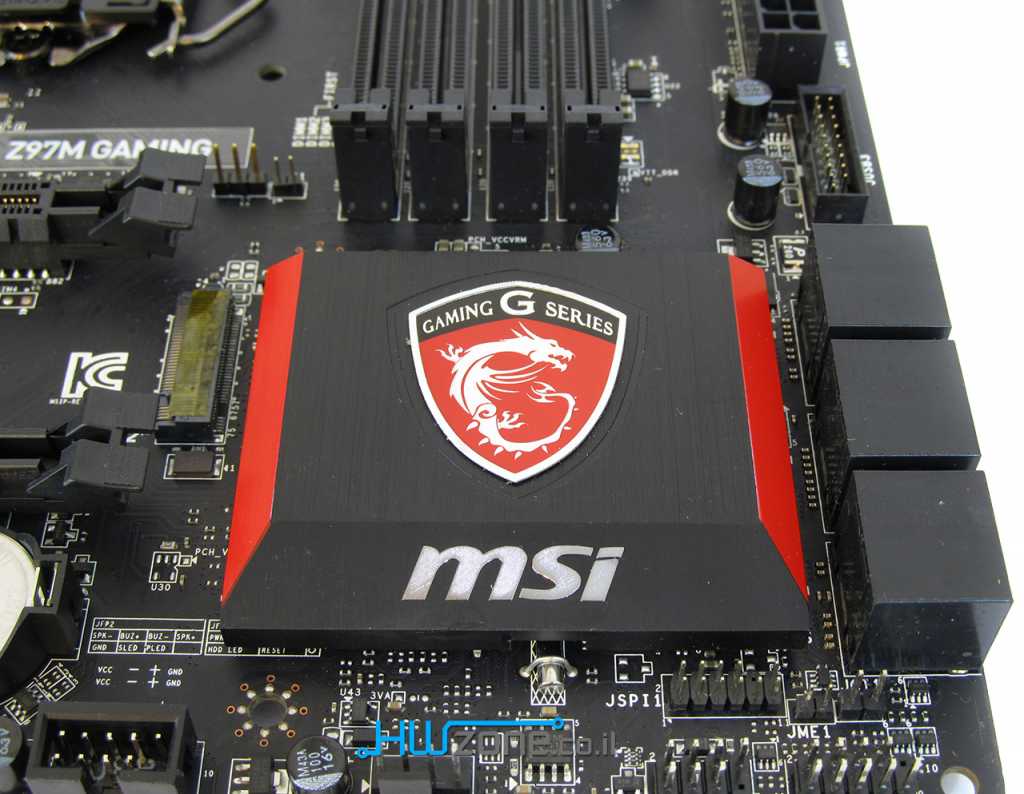 This is the heat sink that is responsible for cooling the chipset, or basically chip The Z97. chip It is the most efficient among the standard chipsets so far and its heat emission is particularly low. Therefore, there is no need for large metal monsters and this body will do a good job in maintaining normal operating temperatures.

On the motherboard side there are six SATA3 interfaces coming from the chipset system. This is a fairly standard supply to which we are accustomed to another generation of Z87. This motherboard does not have a SATA Express interface for drives in faster traffic. 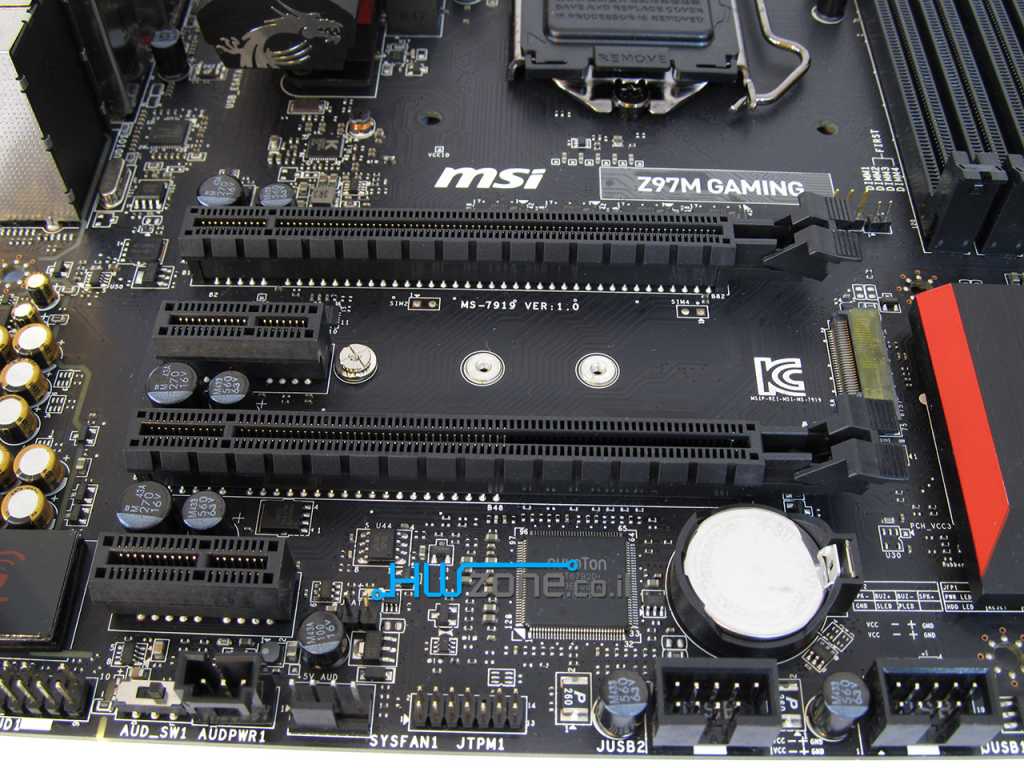 However, an even more popular interface is the M.2. According to many companies today, M.2 is the future of fast storage. This interface allows the use of cards SSD Small to 10 Gbps per second PCI-Express Or 6 Gigabits per second, similar to the SATA3 SATA standard. The interface supports both types of devices,PCI-Express For data traffic at maximum speed. 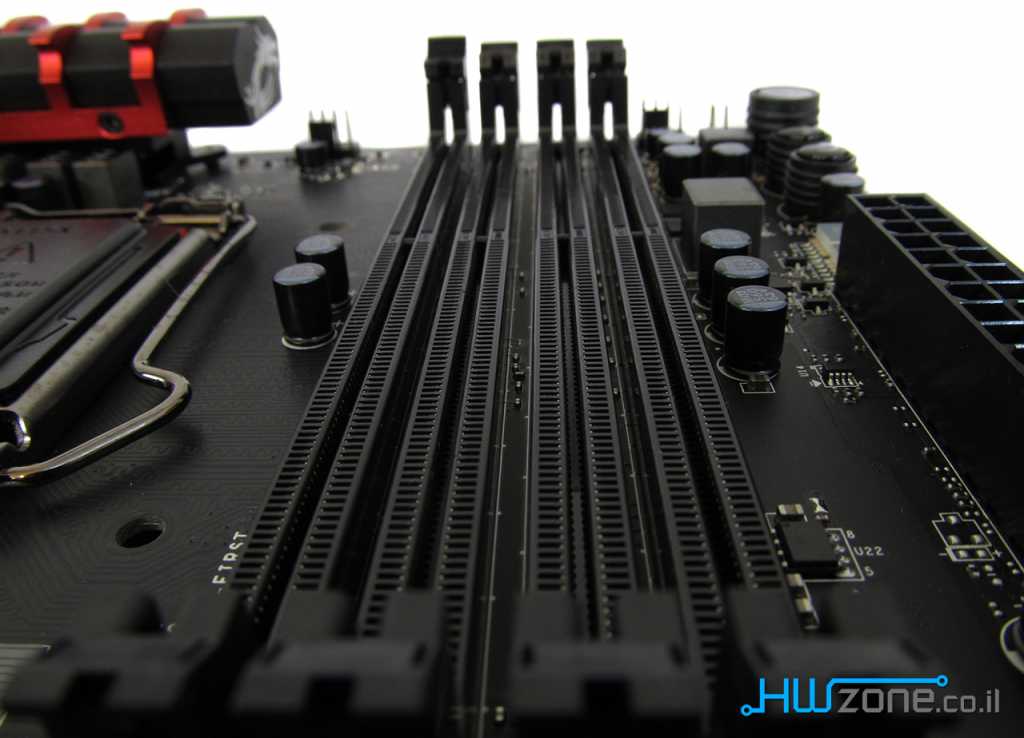 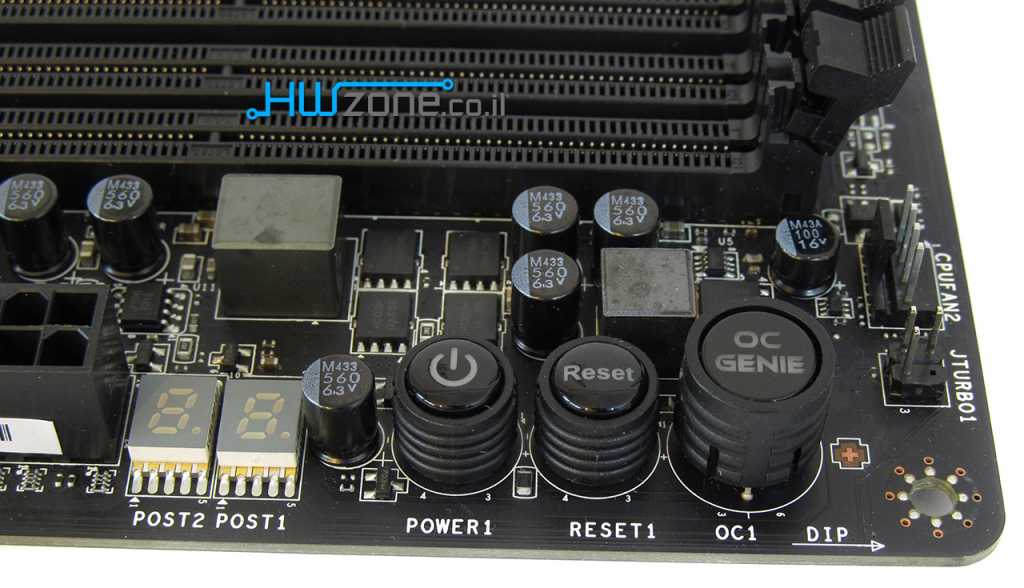 Near the memory interfaces is the collection of accessories for advanced users. Here is the power button, the REST button and the OC Genie button. The Genie OC will perform The fast Automatically according to processor capacity and cooling on it and will determine the frequency of operation is accelerated. On the left side there is an LCD display that shows the components that the motherboard checks at startup. If the boot stops, the display will display a number that indicates a failed component. In the manual you can find the numbers and the components they represent. 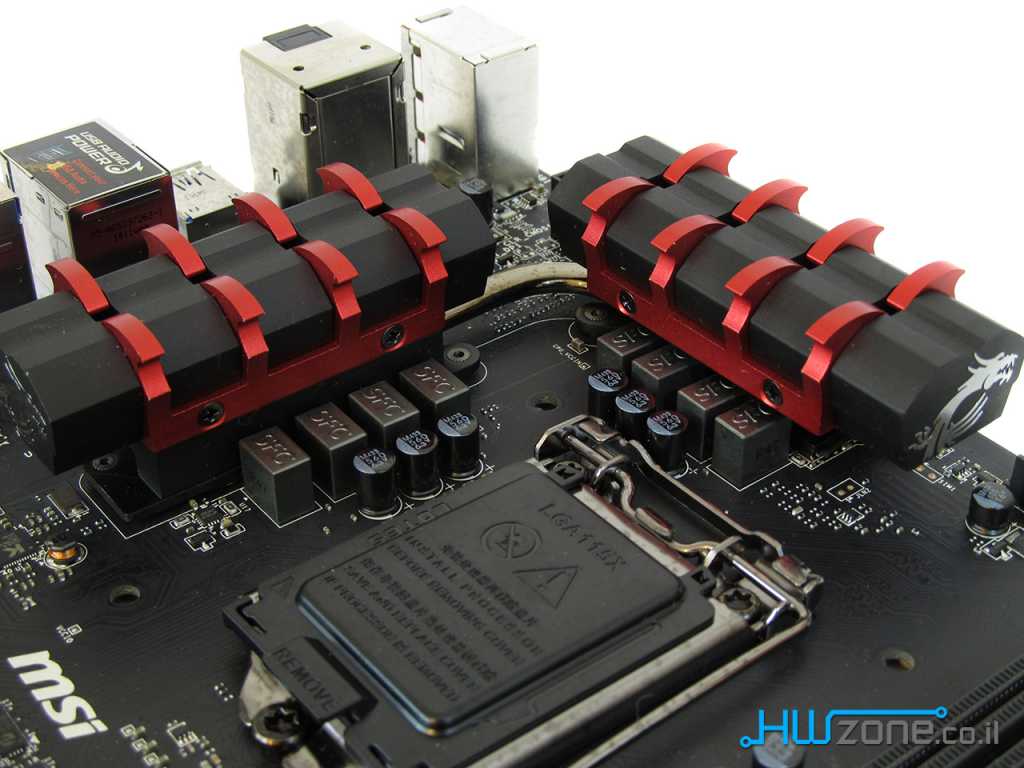 This is the power supply system for the processor and its stabilization on the motherboard. This is an eight-step system that uses MSI's familiar SFCs. A similar system can be found on the motherboard Z97 GAMING 5 Of MSI, Motherboard Who had already proved that he was keeping his promise. Here, we get the pleasure in a reduced configuration. 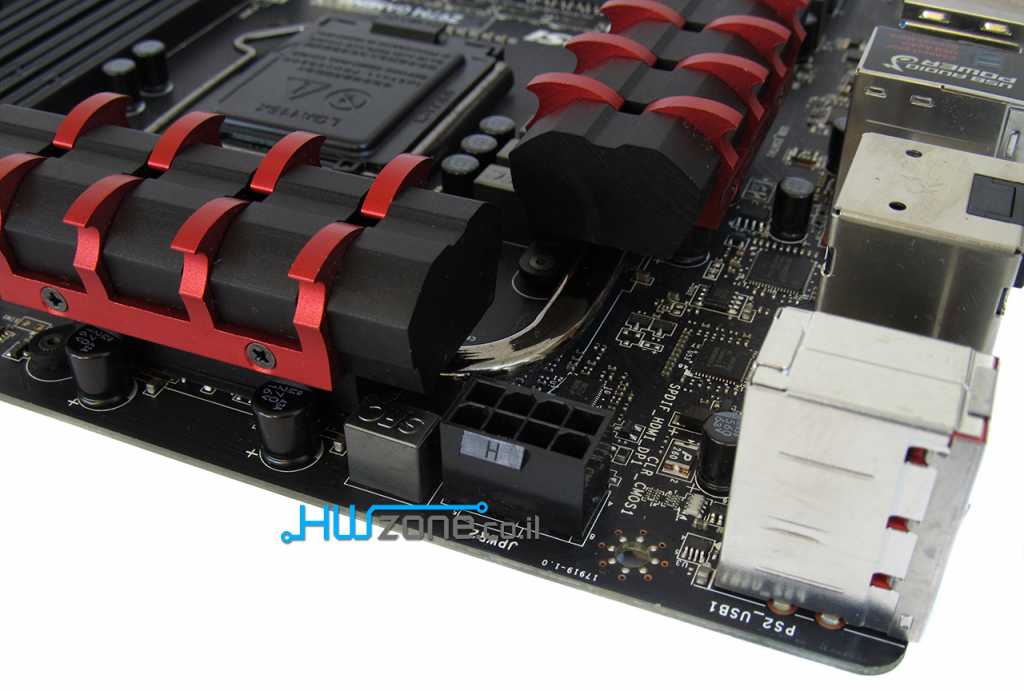 The power comes from the 8PIN socket on the top of the motherboard. From there, it switches to voltage regulators or regulators, if you like, and those coolers cool them. 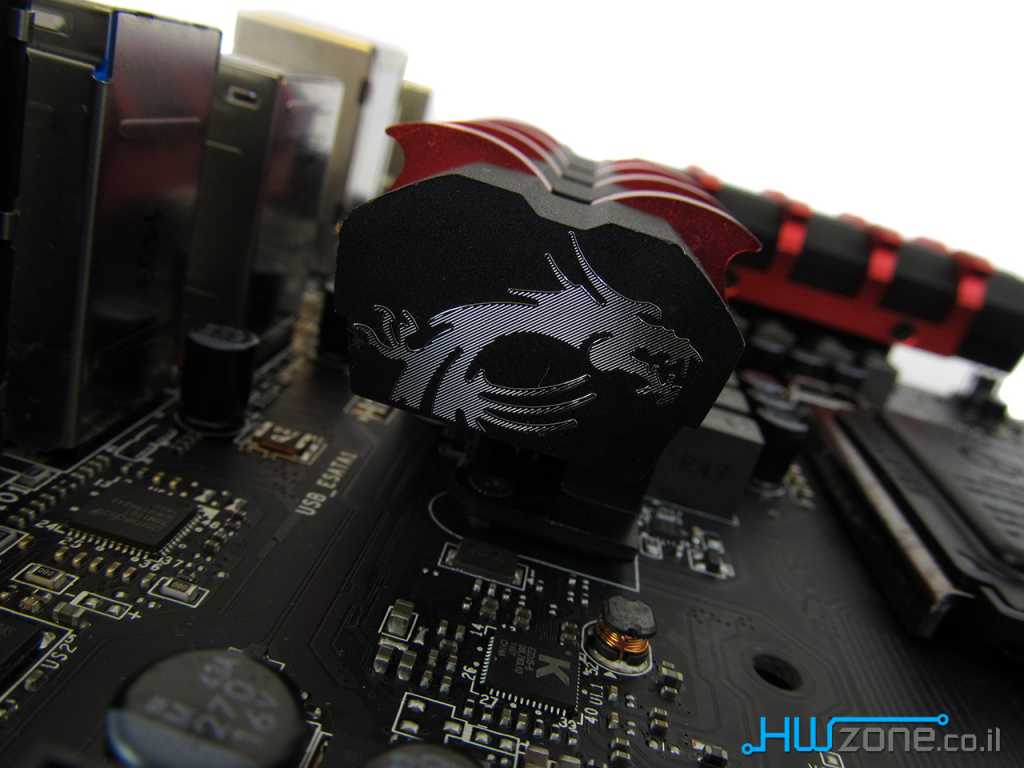 The Heaters The voltage stabilizers make cast aluminum and the two stabilizing parts pass through the bottom of a nickel-plated copper tube. This hybrid solution is considered efficient in absorbing and removing heat.

The back ports array includes (in left to right order): Audio jacks on 7.1 channels, a tower with two eSATA ports and two 3.0 USB ports, two 3.0 USB ports and an RJ45 network port that connects to the Killer E2205 network controller, two USB 3.0 ports, DisplayPort with optical audio output in 7.1 channels, reset button BIOS settings, two 2.0 USB interfaces and a combined PS2 interface for an old keyboard or mouse. In my opinion, this is an optimal port array for the average gamer. One network port is all you need, USB interfaces 3.0 are always acceptable and important to maintain peripheral compatibility, and here enter the PS2 and USB ports 2.0 for the job. The audio interfaces will give you a higher-quality sound than the standard. In the left part of the motherboard are one of its most important features and it is chip The built-in voice. 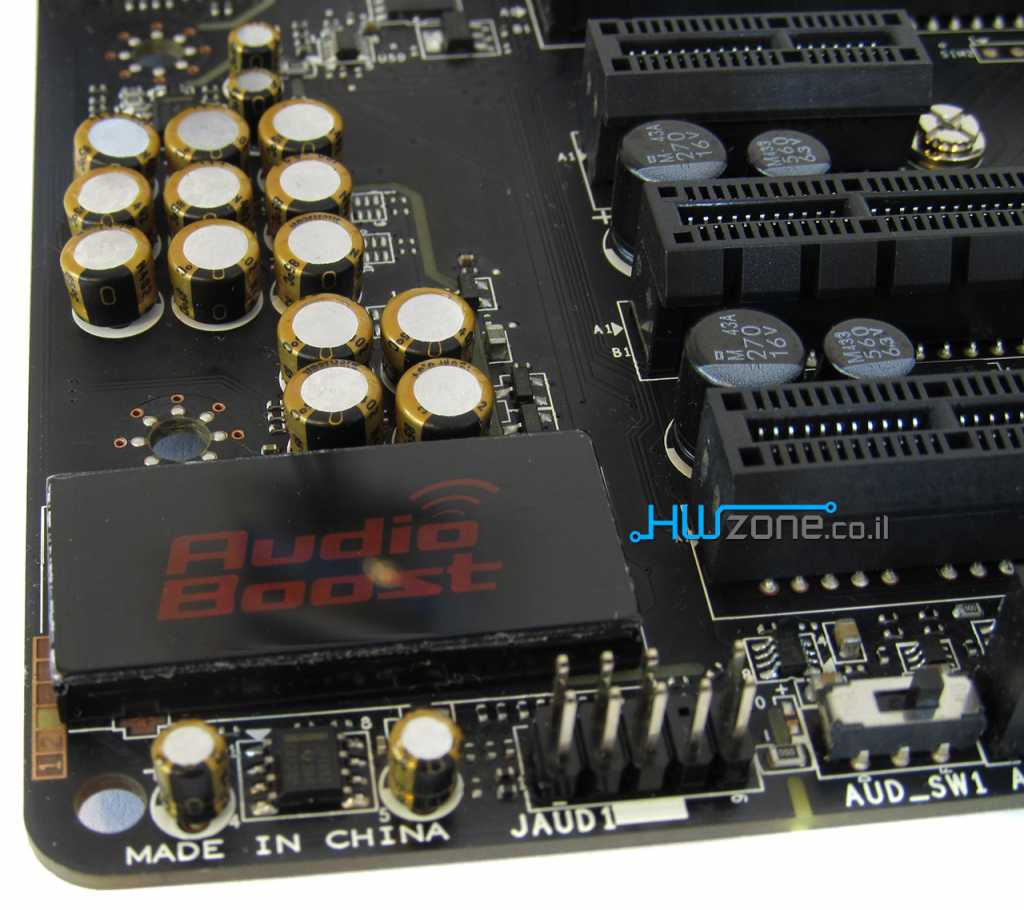 The sound chip is Realtek's ALC1150, chip Which is highly praised and is widely used in today's motherboards. The chip was placed MSI Protects from electrical disturbances in the air. In addition, the chip was equipped with high-quality capacitors from the Japanese Nichicon. The Nichicon capacitors are usually found in advanced audio equipment. In addition, this built-in sound card also includes an amplifier to handle the high resistance of many headphones. If the volume is slightly weak, or dealing with a high volume suddenly results in poor audio output, it provides MSI The 5 amplifier can be connected to the power supply and give more juice to the sound system in dealing with such situations. This is a respectable addition and a point of sale for many users who prefer to save space on the motherboard and budget when purchasing a dedicated sound card.

Page 1 from 3
123הבא
Tags: IntelHaswelloverclockCore i7

Too good to be true? NVIDIA's hidden list reveals exclusive console hits that may reach the PC