The company's Magnus computers Zotac Gained considerable interest from us for some time, thanks to the impressive ability to compress advanced gaming hardware into specially designed and compact cases - and based on their increasing launch rate at this time, it seems that we are not the only ones interested in the market.

After the Magnus EN980 Which has managed to compress an entire video card type GeForce GTX 980 In a computer with a volume of less than six liters, the Magnus EN1080 also arrives on the occasion of the celebrations of the decade of the manufacturer's founding - which combines the cardGeForce GTX 1080 in an envelope of the same dimensions, to create an impressive cube-house gaming monster.

The Magnus EN1080 combines the leading video card of the NVIDIA Of the GeForce family (in its mobile version, which delivers almost identical performance to the landline) with a processor Core i7-6700 quad-core desktop, and system Cooling Ultra-compact water in a closed circuit that enables the two products to exist and act in a correct manner in the small space provided to them. 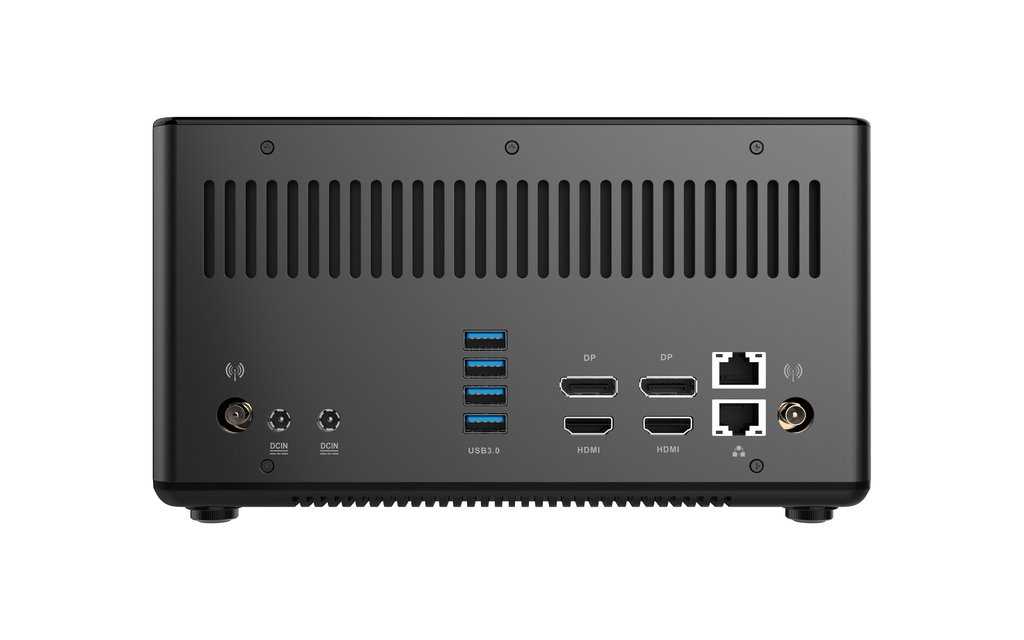 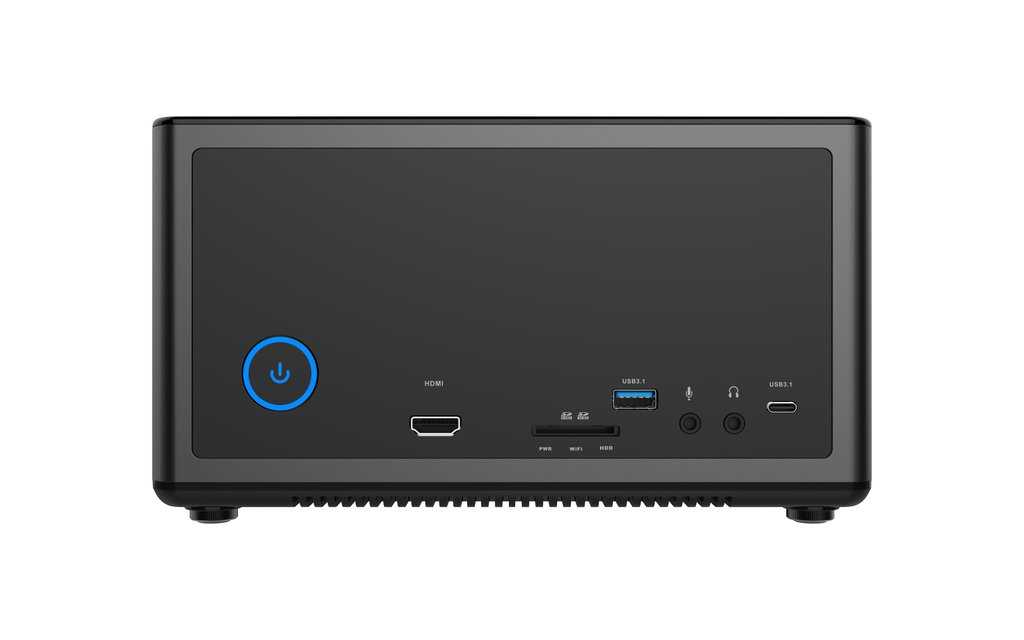 You will also find a pair of DisplayPort 1.3 ports with 4K display support, three HDMI 2.0 ports with 4K support (which ensure that the computer is suitable for operation with the 3.0D glasses available on the market), four USB 3.1 Type A connections, one USB 3.1 Type A connection, one USB 802.11 connection One symmetrical reduced Type C, SD card reader, pair of Gigabit Ethernet connections, built-in network card supports 2ac with an array of 2 reception antennas and 4.2 transmission antennas, Bluetooth XNUMX connectivity, a pair of DC power inputs for supply and also a pair of slots DDR4 SODIMM with maximum 32GB memory support, along with drive space storage One 2.5 and one M.2 drive.

It is not yet known exactly how much the powerful EN1080 will cost, but if you take into account a price tag of about $ 1,200 received by Zotac's previous monster, The Magnus EN1070 includes a GeForce GTX 1070 video card, It can be assumed that the new model will cost at least $ 1,500 and even more - in a manner similar to gaming computers Mobile Which include the same graphics card. Worth or ridiculous and expensive too much? Apparently it depends mainly on the willingness to purchase and assemble computers independently, as an alternative to purchasing a product that requires very little self-preparation before it is ready to provide you with quality gaming in a mini-package. 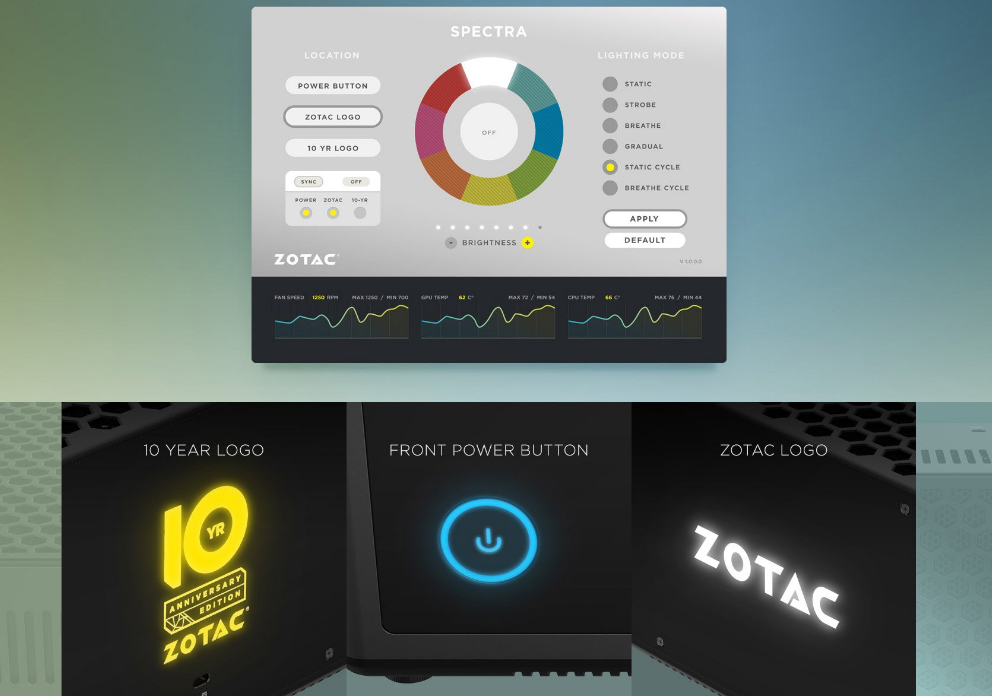 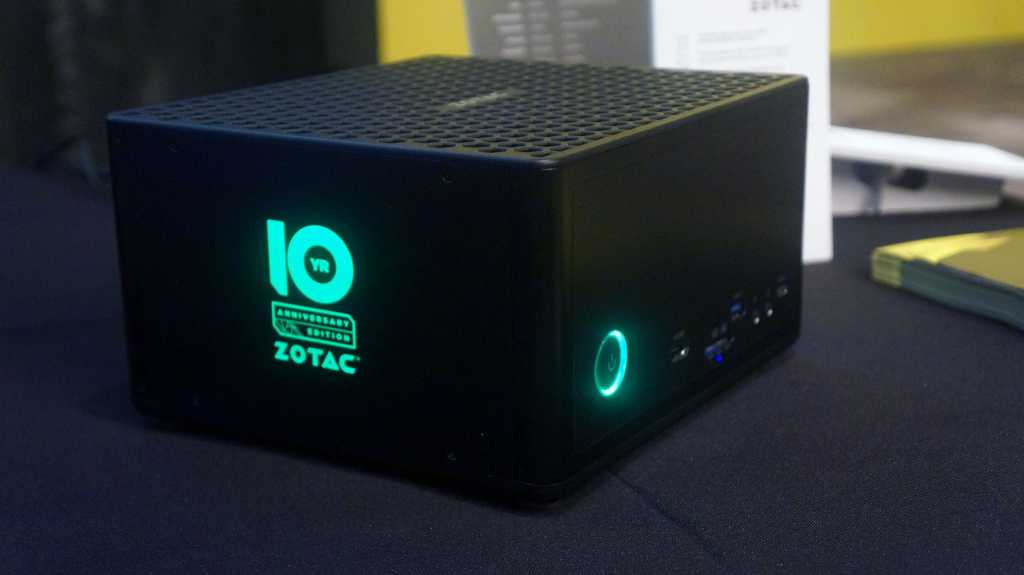 As befits a real gaming product, the Magnus EN1080 includes several illuminated elements whose colors can be customized with dedicated software