Acer displays a concave gaming screen and a G-Sync, which will take care of your bank account

ScreenG-SYNC The first concave will come fromAcer In summer, with an ultra-wide aspect ratio and a formidable price

Concave screens have been a thing of the past two years, especially in 21: 9 wide displays, where the concave edges are supposed to provide us with a less sharp viewing angle and therefore an improved viewing experience on the edge of the field of view, with less distortion in geometry and color display. Acer now introduces to the market the first concave screen that also supports NVIDIA's G-Sync technology To synchronize the refresh rate of the monitor and the game - and the result may be a gamers' paradise, and also a nightmare for most of us's bank account.

The XR341CKA is a big brother to the 28 "screen that supports theG-SYNC Acer has on the market, and is a wide-format IPS panel screen, 34 "diagonal size and 3440 by 1440 resolution. The 75 frames per second at the almost 75K resolution of the screen before we start crying about how it limits the usability of the technologyG-SYNC Integrated into it. 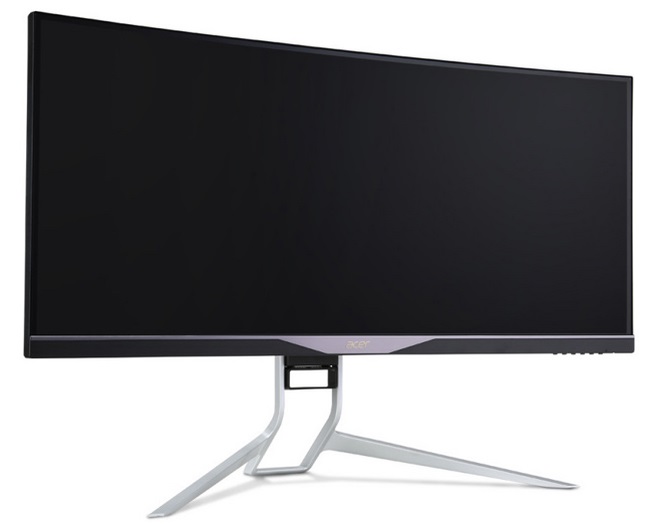 The technical characteristics of the XR341CKA are standard for the IPS screen at the high end of the market and are built, as expected, with super thin side frames. You will find 7 Watt speakers, four 3.0 USB connections, DisplayPort and Mini DisplayPort, HDMI 1.4 and HDMI 2.0. The screen also incorporates a gimmick that causes the red light at the bottom of the display to pulse at a rate that refreshes the screen.G-SYNC Activated - which does not sound very convenient when you want to concentrate on the game, but as long as we have not seen we will not judge.

Agrees with the XR's data are expensive even without G-Sync, so you would not be surprised to hear that the price of the monitor will be about $ 1300 in the United States when it launches later this summer - a launch that was planned for the end of summer but apparently delayed so limited stock will hit stores July. If you are looking for a discount on this price, there may be an option for the type: The screen is expected to have almost identical twins, called the XR341CK, which replaces the G-Sync of NVIDIA In the FreeSync technology,AMD, And will cost about one hundred and fifty dollars less - demonstrating the less sympathetic side of the G-Sync. For the cheaper version you will need to have a graphics card of AMD, Because as we know,G-SYNC and the-FreeSync Are currently supported exclusively by the video cards of the companies that created them. 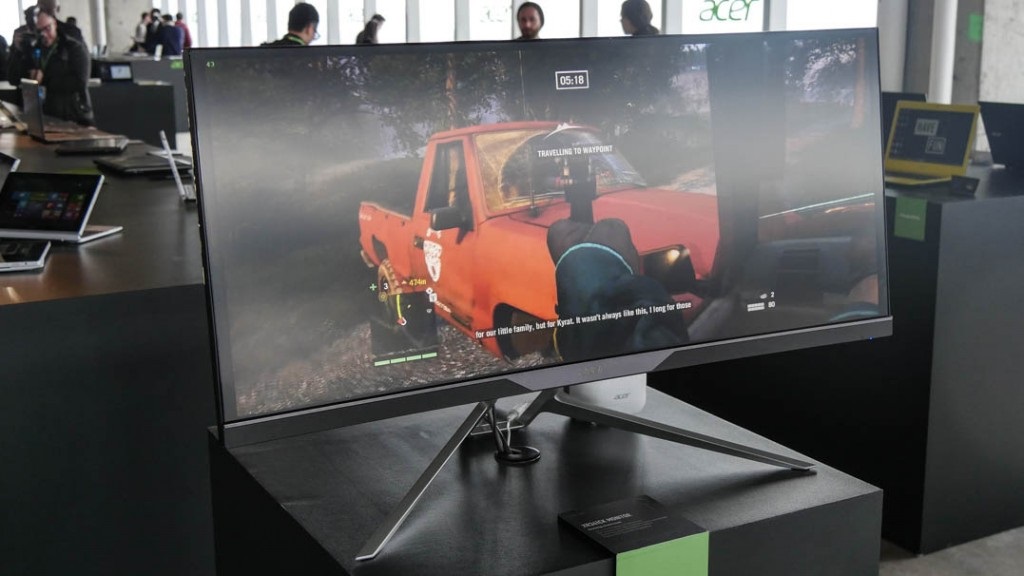