Video card maker AMD You do not have to keep up with an anodyne who's making a noise recently, and plans to launch too graphic cards New

Here, finally, the red answer I like AMD Waiting for it - a new generation of graphic cards To compete head to head against that of Anodia.

AMD remains with the branding it invented in the previous generation, and the advanced video card it will probably read Radeon R9 390X. This video card was created to be sent in front of the GTX 980 Anodia Which is expected to attract great popularity among end users. 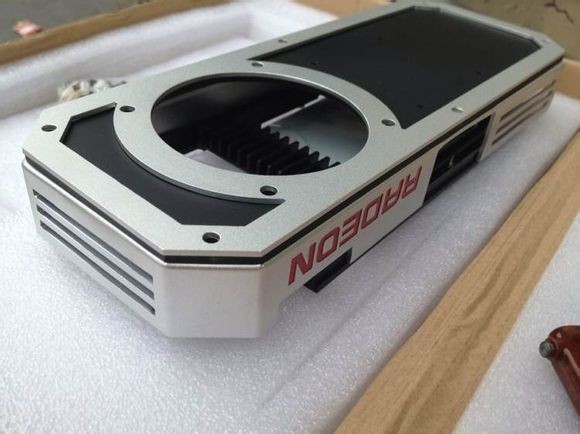 So it seems the lid of Radeon R9 390X, very similar to the design of it in the R9 295X2 double core. Similarly, the R9 390X video card will come with a water cooling unit from Asetek that will directly cool the graphics core. This is the first choice for a single-core video card AMD, Neighbor Cooling Water is still a new trend and not very popular.

At the moment, this is a leak from Asetek itself Lady VideoCardz And every additional detail about Radeon R9 390X is not yet known. It can be assumed that this video card will use an improvement to the GCN architecture AMD Which will allow it to perform better than R9 290X while maintaining moderate power consumption, although the presence of water cooling may indicate thatAMD We want to win the performance tables even if the power consumption is very high.

All that remains is to wait for more details.