Core i3 7350K Review: Open and Overclocking as you have not seen before 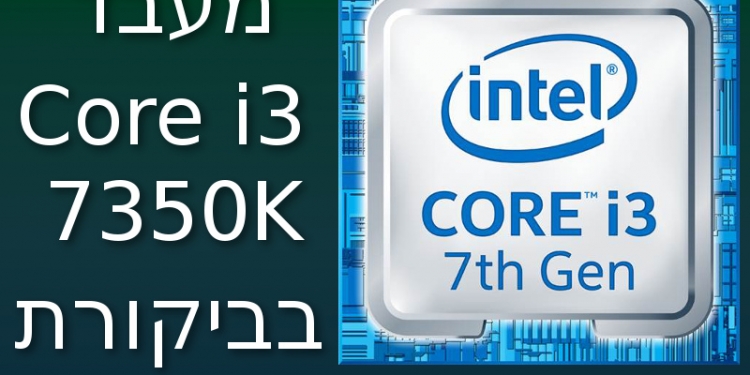 When we thought it would never happen again, Intel Surprising with processor Core i3 which contains the ability to perform frequency acceleration - and now we present to you the review that will reveal all its capabilities and even guide you how to perform Overclocking Your own

Since the release of Sandy Bridge and the family Core i3, i5 and i7 of the second generation, overclocking was reserved for certain processors only. Unlike previous generations, new conditions were created for implementation The fast The processor and those who wanted to do it had to be absolutely committed to it.

In what I usually call the "overclocking triangle", in order to speed up a user processor needs Motherboard Supports, Supports CPU and Advanced CPU Cooling. This reduces the number of users performing The fast In a noticeable way. The option was offered to everyone when buying a new computer, but many simply refused because of the economic sacrifice they would have to do just so that they might touch the subject in the future. 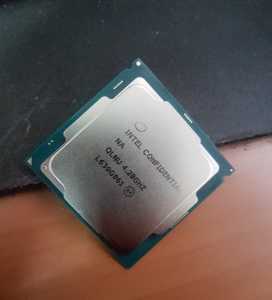 In addition to this, Overclocking was mostly reserved for expensive processors in every series. 2600K and 2500K in the Sandy Bridge generation brought capabilities The fast, And so each i5 and i7 series in each generation that came out after it contained a K processor that could be made The fast. The K indicates that the processor doubles are open to changes and so, even though the base frequency was and remains locked on the 100 MHz, the frequency of this frequency can be raised on supporting motherboards.

Three years ago was a tribute of Intel The Pentium brand that accompanied it for 20 years, and it released a dual processor Core Just had an open product, but it was not very popular due to the need to use an advanced motherboard which in most cases exceeded the processor itself.

This time she enters for the first time Intel Processor Core i3 under its overclocking processors.

Perhaps one of the main reasons we have not seen Core i3 processors with open product is the concern that simpler Core i5 processors will simply be considered useless when a cheaper processor can compare performance. The new Kaby Lake generation and 7000 series has decided Intel Since it is possible to do so,Core The "simple" i5 7400 already comes at a frequency of 3.0 GHz, unlike Core i5 6400 which reached a relatively low frequency of 2.7 GHz. 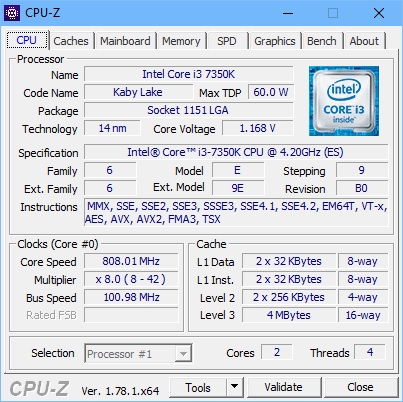 For some of the technical features of Kaby Lake Here binds the review of Core i7 7700K. There you can read about what's new in this generation of Intel For LGA1151 bracket. In this review we will focus mainly on how fast the i3 7350K is, especially overclocking, and also focus on the way to overclock.

It's time to go straight to the performance tests. The test system has not changed and remains similar to the one we used in the audit Core i7 7700K

The world of computer games today is bigger and more varied than ever before. Like the amount of types, graphics engines, and design styles, so does the performance of the games on different hardware today.

We took three prominent recent games known for heavy and proper use of modern hardware, especially in efficient use of cores Processors. These games are GTA V, Witcher 3 and The Divisionn, three games that are gaining a lot of popularity these days. 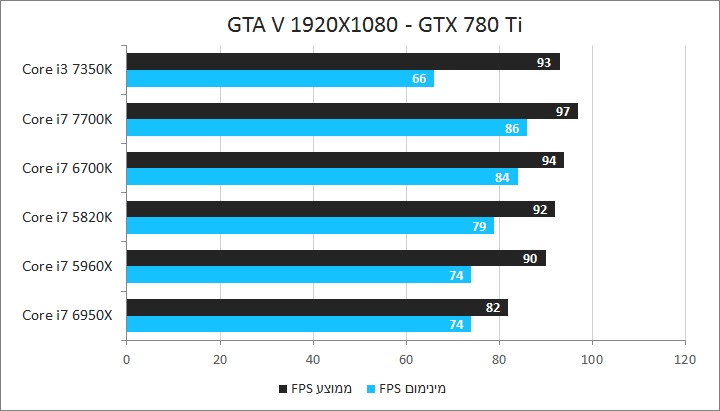 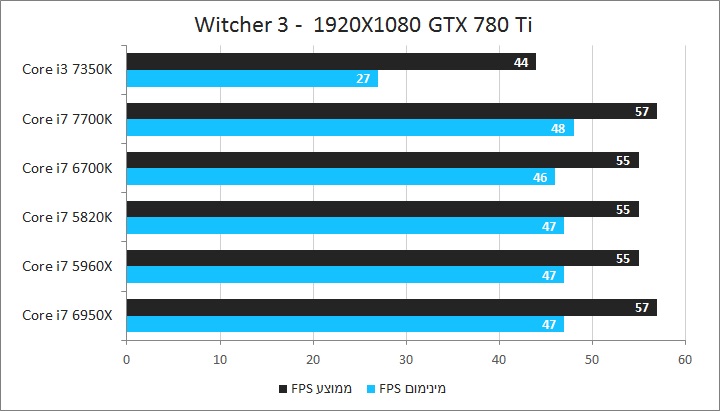 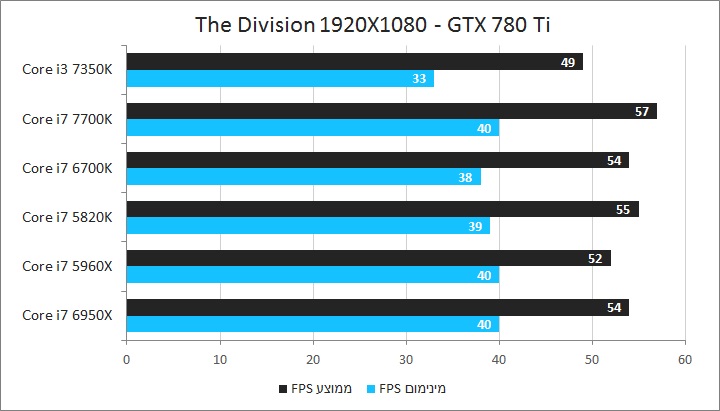 Our performance tests on these three titles show us a very clear picture of 7350K. This is after all a processor that has 2 physical cores and two logical ones, which is completely expressed in the number of frames average per second, and especially in the minimum. A low minimum is due to the processor's inability to stop surprises with a high load for a short time, which means that a processor with more cores can do so clearly.

This leads to a game experience that can be problematic in fairly heavy titles like these three. By the way, the reason we chose them to be the recent CPU reviews. While,GTA V The picture is quite good, and there is no need to be afraid to choose i3 7350K as a processor for the gaming system, the Witcher 3 indicated a completely different picture. Complex environments with many elements need a fleshy processor that can withstand loads, and here the advantage of the cores is clear and obvious.

The Cinebench rendering test also comes into the picture when it comes to such a processor: It is clear to all of us, and also to Intel, that such a processor is not going to be used for content editing and this is reflected in rather low parallel performance. A score of 445 per processor on the Cinebench R15 would be equivalent to the quad-core we encountered at the beginning of the decade as Core i5 2400 for example. The performance of the single core on the other hand? As expected, are very high and stand in the line of processors Kaby Lake others. 4.2 GHz is not a low working frequency, after all. 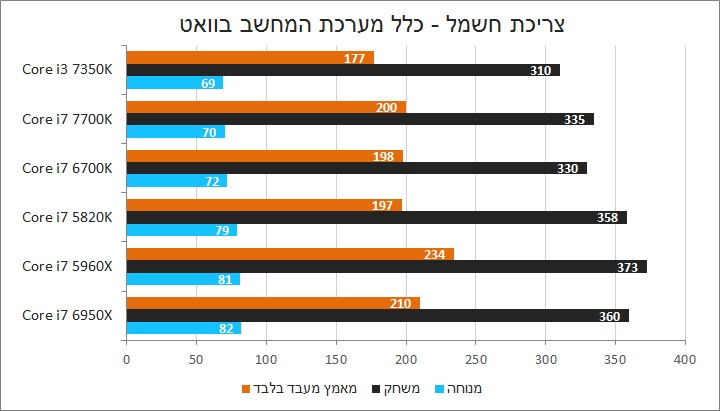 The power consumption data does not surprise us. Processor such as 14 nm from Intel Contains a heat envelope of only 60 watts, and it also contains a fairly heavy graphics core in the form of HD 630. Without her, if Intel Was able to declare a brown envelope, apparently it was also lower than 45 watts. Even with the hungry 780 GTX hunger, the test system did not exceed the Watts 310 while playing.