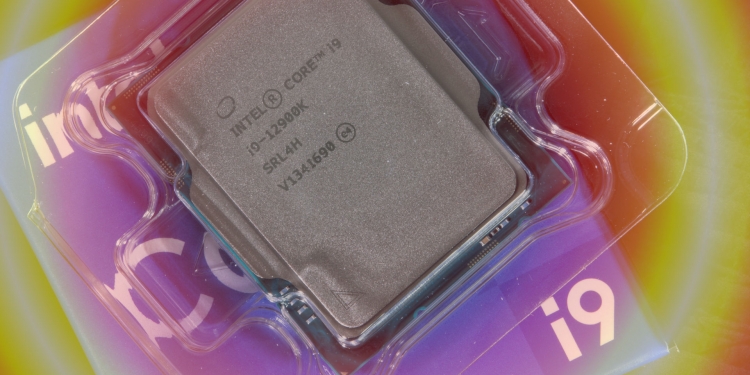 We tested the behavior of the CPUCore The new i9 12900K under different power requirements and we found some very interesting things. Let’s find out how this processor could have been much more efficient 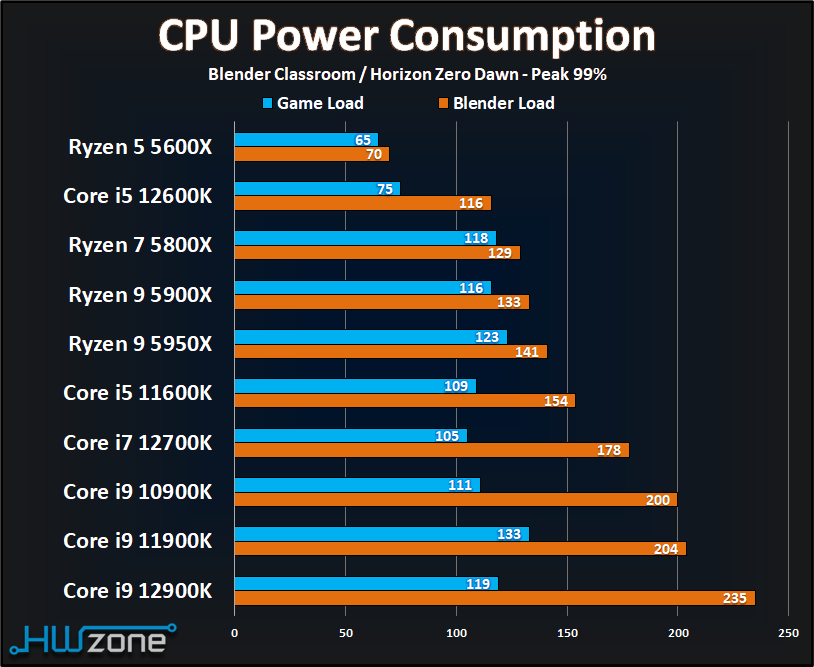 This is when we saw unflattering power consumption data during our rendering test in the 9D blender software. The power consumption reported to us by the motherboard is close to that which Intel limits to the Core i12900 241K as a turbo - a somewhat embarrassing number that stands at XNUMXW. The reason it is shameful is mainly that compared to the relatively old processors of AMD, This is a very high number. Notice how efficient the Ryzen 9 5950X is when rendered compared to the Core i9 12900K. Break the same speed when rendering, this is almost half the power consumption, it's a difference that will take maybe two generations to bridge at this rate. It definitely does not look good for Intel, Despite the fantastic performance of 12900K.

Instead of taking this figure as a simple fact and moving on, we decided to linger a bit and see basically why. How is it that architecture in a state-of-the-art manufacturing process with an emphasis on efficiency reaches a state of such high power consumption in multi-core effort compared to competition processors. In addition, those who are willing to invest time will get a processor in return Core The i9 12900K is much more disciplined, with significantly reduced power consumption at full effort.

To understand how all this happens we need to go back a bit in the creature chain. At Intel in particular and at all chip makers in general, there are certain market requirements set for quantities of such and other chips. Intel knows how many 12900K chips they want to produce, alongside some 12900KF or 12700K chips for example. For this purpose, several logistical and technical mechanisms are activated after the silicone comes off the production lines and before it is moved to final packaging before distribution.

As part of the silicon exam system, there is equipment that can know how capable the processor will be to operate at high frequencies in order to becomeCore i9 12900K potential. A rule of thumb is that the more silicon is able to work at higher frequencies with the lowest possible power consumption, the better quality silicone it is as it has less energy leakage. An example of quality silicone would be a processor Xeon Average for servers and workstations. These are processors with relatively low heat envelopes compared to their processing power.

For its new Alder Lake processors, she stated Intel Because when there are no restrictions on the consumption of electricity, given the cooling, Core The i9 12900K will be able to switch with a maximum power consumption of exactly 241W. Why this number? Probably the result of a calculation for validation, a kind of relatively high threshold below which you can pass a large amount of silicon to become the processor in question.

After completing the performance tests in preparation for the reviews here on the site, we began to test how much our CPU really needs 241W to perform the heaviest tasks that can be run on it. Today, the heaviest task commonly used by users is to run a scene rendering in a software such as a blender, so this is a great example that we can use to see how much fat can be cut from the processor when it comes to its heat envelope. 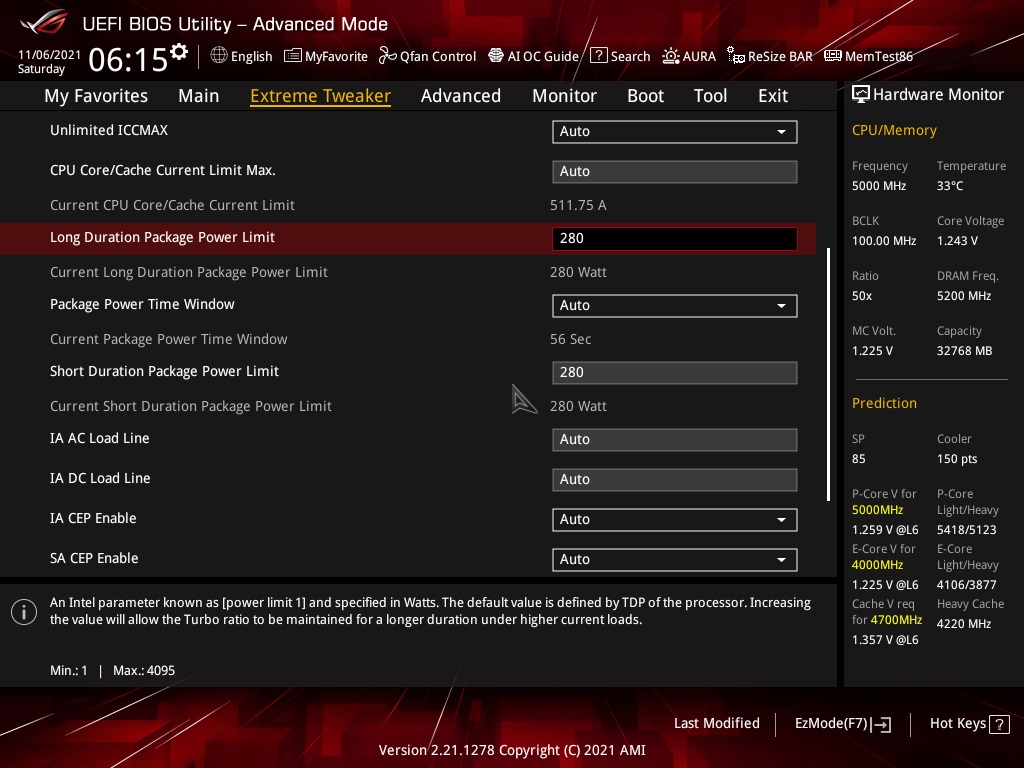 The Z690 platform and Alder Lake processors are significantly smarter than any other platform we have worked with when it comes to power management and automatic value adjustment. Thanks to Alder Lake's new power management system, it is now possible to easily enter the desired maximum power consumption of the CPU in the BIOS or through software in the operating system. Using HERO's Maximus Z690 Motherboard Asus We set ourselves the first task - to see how low we can go down in maximum power consumption without losing one percent of performance.

For this purpose we mainly play between two values ​​in the BIOS. The first value is what you see in the picture, a numerical value in watts for maximum power consumption. The second value is the voltage to the processing cores, the so-called Core Voltage. To remind you, Alder Lake processors use a built-in voltage stabilizer that receives a 1.8V voltage from the motherboard's power supply system, and then operation Stabilizer for the various controllers in the processor. In addition, we set a value for calculating the incoming voltage by placing the Load Line Calibration (or LLC) to level 6. The higher the LLC value, the higher the voltage range entering the cores and actually closer to the value entered manually. 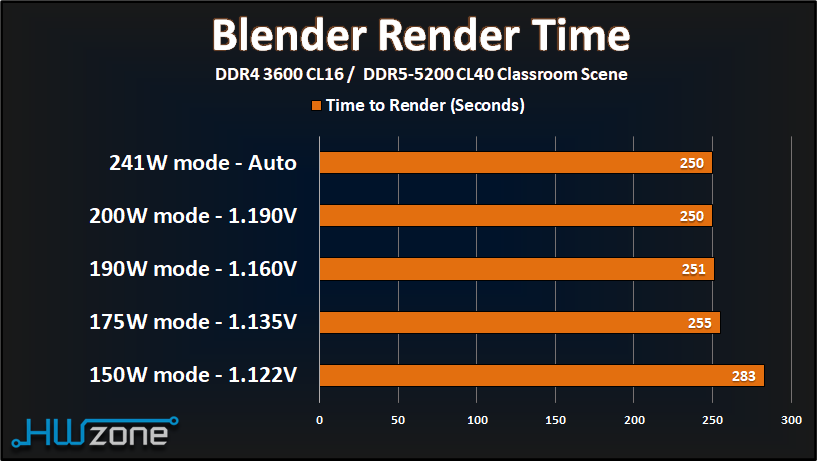 We used the runs of our blender test and measured time in seconds to complete the rendering. This test is considered the heaviest in our test set and causes the processor to always reach maximum power consumption. To achieve the maximum result, it is important after determining the watt to determine the lowest amount of voltage at which the processor is stable in the exam. Too high a voltage can lead to excessive power consumption and thus to automatically lower the frequencies of the processor to stay within the allowable wattage range. Processors Alder lake Very disciplined and the maximum power consumption value for them is sacred.

For tests that require fewer work cores such as gaming or such and such edits, there is noCore i9 12900K Reputation particularly bad. In gaming we have even shown that its effectiveness is more explanatory. Multi-core rendering is the big problem in its power consumption.

Note, with the difference of standard deviation only we have reached full processor speed with maximum consumption of 190W only. This is a 51W drop in actual CPU power consumption. When we set a maximum power of 175W and lowered the operating voltage accordingly, We only lost one more percent Of multi-core performance. When we dropped back to 150W (which happens to be the default limit of Core i5 12600K) we saw a slightly more significant drop in performance when we were already 13% below full performance mode.

Still, pay attention to the tremendous sacrifice made to gain the last mile of performance in this processor. We’re used to seeing a bit of fat around the processor power, but the Core i9 12900K is exceptional among those we’ve encountered recently. We know we're not the only ones asking the question when Igor from Igor's Lab In the meantime he had time to examine are you-Core i9 12900K with a maximum power of 125W and found that in the vast majority of cases The difference in performance ranges from zero to a few percent.

Whether you take this article as a guide or as a knowledge that these are mostly questions regarding the choice of Intel In such a frightening maximum heat envelope - it is important for us to clarify again that each silicone is born special, and that our results will not necessarily reflect those you will achieve with chip God-Core i9 12900K. Admittedly, this can be seen as our recommendation on the other side of the overclocking coin, the side of cleaning up unnecessary heat emissions.

This has many benefits for the user as long as he makes sure to check the system stability after setting the values ​​for the CPU. First and foremost, you can run the system fans and the cooling to the processor at a lower RPM due to the reduced heat emission and this will lead to lower noise levels. Beyond that, if for some reason you use a processor with Cooling Not considered to be particularly advanced, the difference between 190W and 241W in the heat output of a processor is very noticeable. Maybe and if you can adjust Cooling Older Z690 based board you will not have to go and purchase Cooling New and thus you will also save money and also preserve the environment, in addition to preserving the environment with lower power consumption. Lowering the heat envelope has mostly advantages.

To that end, perhaps as an advocate for Core i9 12900K accused of excessive power consumption, let’s say it behaves very nicely even when limited to well below 241W as maximum power consumption. It will not be as effective as RYZEN 9 5950X Brindor And tough multi-core operations, but there is a very significant reduction on one of the less beautiful sides of Alder lake.

It will be interesting to see how Processors These will behave when you start using architecture in computers as well Mobile With much more limited heat envelopes. 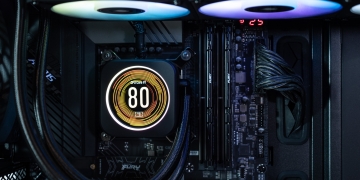