New Fractal Design, Define S, Takes the design principles of its Define series and puts a number of changes, especially in the interior of the chassis, to offer a design that will fit those who are quiet and efficient cooling operations are his top priority. One might try to guess that the S in the name of the model represents Silent, but it can be a thousand other things, including simply the letter after R, Packets Series Define S continues.

The new ATX case is built on the same minimalist lines and subdued colors that generally characterize the company's cases. The most significant change from the previous product in the series, the Define R5, is clearing the front of the case by giving up optical disk space and moving the hard disk drive brackets back and forth so that the drives - up to three 2.5 "/3.5" in size - are installed vertically, Without clogging the width of the case. The opening space makes it easier to ventilate the motherboard and its components and to install systems Cooling Liquid - based alternatives. 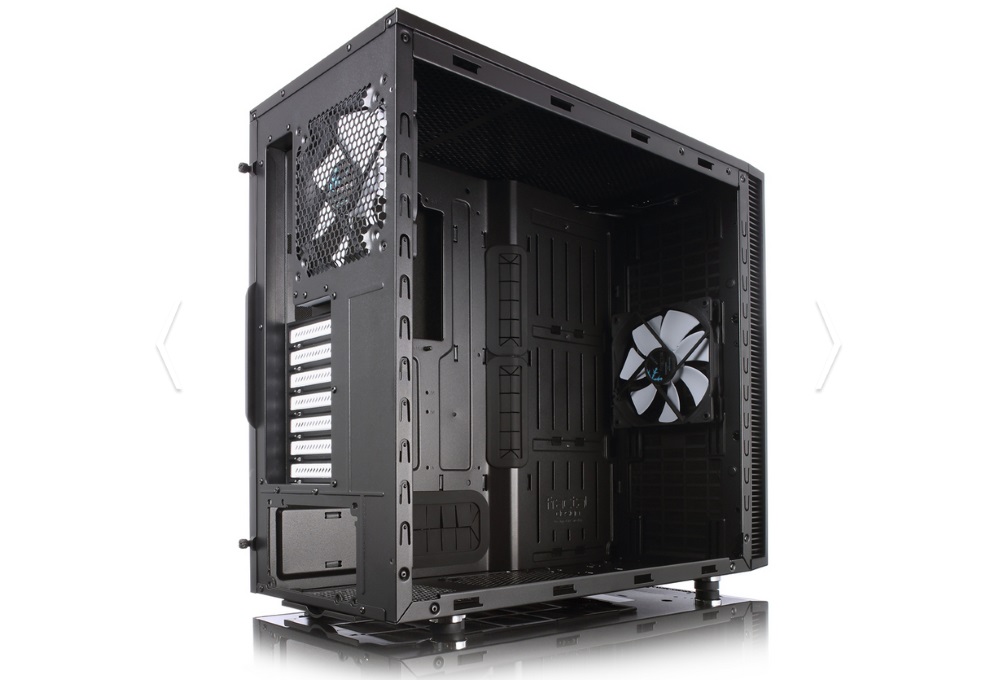 The other structural features of the Define S include:

The Define S does not offer room for eight hard drives like the R5 and also gives up the front door and fan speed control that was accessible from the front panel of the previous model, but the price of the new package comes to the market, 80 $ 90 EUR, \ Euro from the previous price of its predecessor. Similarly, it is also offered in a version with a window on the side panel, an aesthetic choice that costs ten dollars / euro more and a slightly higher noise level than the opaque version. 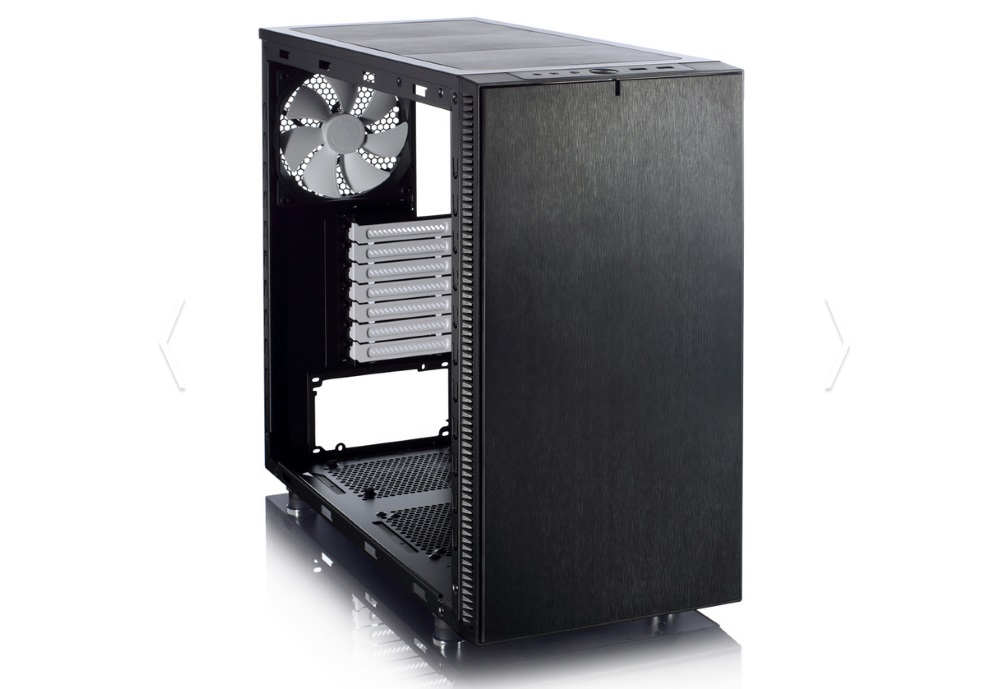